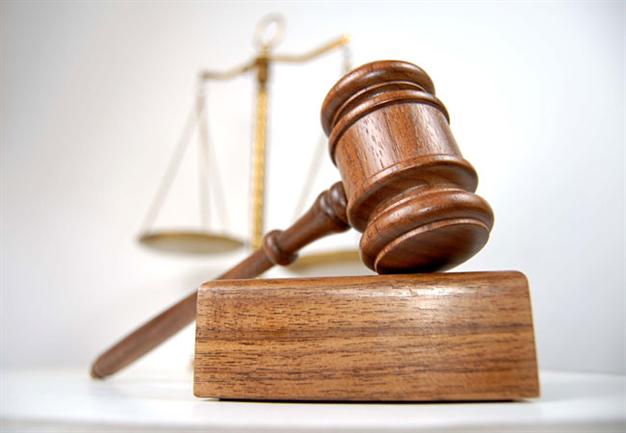 7 Popular Objections to the New Testament

Popular objections to the New Testament, and what you should know about them.

1. It’s not scientifically proven
This is an untenable objection because for the scientific method to work the event in question must be observable, measurable, and repeatable. History is not measurable or repeatable, so the scientific method does not apply to historical events. It would be like trying to apply the Pythagorean theorem to a poem. History uses the evidentiary method, not the scientific method. The evidentiary method is what is used in a courtroom to try a case of law. In this context, the reliability of the New Testament rests on eyewitness testimony. The New Testament stands as a collection of eyewitness accounts. Just as a jury is employed to determine if the evidence is to be trusted in a court of law, each is called upon to decide the validity of Jesus’ claims based on the eyewitness evidence recorded in the New Testament.

2. The bible has been translated too many times to trust
This is an absurd objection because this objection displays a confusion between translations and transmission. Let’s talk about translation first. Translations come from the oldest possible manuscripts, not previous translations. The “telephone” game is often used as an analogy for this objection. That is, however, a bad comparison, because scholars can go and read the manuscripts directly and do not rely on other previous translations. In fact, anyone that wishes to learn Greek, Syriac, Coptic, or Latin is free to make their own translation from these ancient artifacts. What’s more, scripture has a word-for-word consistency across the thousands of ancient manuscripts that exist with very few deviations.

Now let’s talk about transmission. Manuscript transmission is the work of professional scribes who would create a copy from an original. Even the objections of transmission errors in the New Testament are of minimal concern considering the massive number of manuscripts that have survived from extremely early dates. Even if those manuscripts didn’t exist the entirety of the New Testament could be reproduced by quotations that come from the Early Church Father’s commentary writings with the exception of 11 verses. Scholars are very confident that the original text has been preserved.

3. There’s no historical evidence for Jesus
This is a ridiculous objection because there are around 6000 ancient New Testament manuscripts or fragments dating from as early as 120AD that still exist today. Although we have manuscripts in the original Koine Greek there are also many in various languages that were spread across three continents of the ancient world. As a comparison there are less than a dozen manuscripts of Aristotle’s Poetics and the earliest one is from 1000 years after he wrote. Julius Caesar’s Gallic Wars have less than a dozen ancient manuscripts from 1000 years after his life. Homer’s Iliad has about 2000 manuscripts and none closer than 2000 years to the original. These trusted ancient secular documents have nowhere near as many as the New Testament’s 6000 manuscripts. Due to the sheer number of manuscripts that survived, we can be extremely confident that the scripture we have today is very close to the original manuscripts.

Beyond this, around 25,000 archeological digs have been done that connect to or support biblical content. Skeptics thought for years that the Apostle John got it wrong when he claimed there was a pool called Bethesda in John 5 until it was found by Archeologists in the 1930’s just as he described. In Acts 18:12 Luke used the Greek word “proconsul” which was not used anywhere else in classical literature. Again skeptics moaned until in Delphi an inscription dated to AD51 was found referencing not only a “proconsul” but the very proconsul that Luke talked about, Gallio. There are many examples of these kinds of findings. These types of extra-biblical evidence support the surprising accuracy of the New Testament writers not only as eyewitnesses but as historians. There is no ancient document that comes close to having as much historical evidence as the New Testament. If the New Testament can’t be trusted, then no ancient document can be.

4. It claims supernatural events
This is an unfounded objection because: it is only part of the story. It is true that the bible claims supernatural events, but it then backs up those claims with fulfilled prophecy. Great examples of these prophecies are found in Isaiah chapter 53, and Psalms 22 where the writer predicted the extremely specific conditions of the execution of Christ hundreds of years before it happened. By divinely interpreting a dream the Prophet Daniel predicted the rise and fall of four world empires.
In the New Testament Jesus predicted the fall of Jerusalem in 70AD forty years before it happened. In Matthew 24 Jesus not only predicted the fall of the nation of Israel but also her reestablishment which took place in 1948. This was considered an impossibility for centuries until it happened. These prophecies were thought to be figurative for thousands of years. in 1967 Jerusalem was recaptured by the nation of Israel. All of these fulfilled prophecies are evidence of the reliability of scripture.

5. Overzealous monks changed the manuscripts
This is an ungrounded objection because these overzealous monks would have had to track down all of the 6000 manuscripts that existed across three continents, in four languages. They would have had to have perfect forgery penmanship in Greek, Latin, Syriac, and Coptic. The codecs of scripture were highly revered and guarded as priceless treasures, so not getting caught doing this would be quite impressive. They then would have to learn to lie in all those languages in order to fool the audience. They would then need to have all those who noticed the changed silenced. This is a ridiculous conspiracy theory when you consider that these thousands of surviving manuscripts are near identical. As far as conspiracy theories go, this one is an extravagant one. The much more elegant explanation is that those manuscripts are unaltered.

6. The Gospels are fictional accounts or are legend
This is an unfounded objection because: The gospels were written in the style of Greco-Roman historical biography. As with all biography of this style, it was customary to write these within the lifetime of other eyewitnesses so that the story could be agreed upon. Internal evidence within the text shows that these books of the New Testament were originally pinned before the eyewitnesses of Jesus’ life had died. Since the New Testament was written by eyewitnesses during the lifetime of other eyewitnesses it means that the information was falsifiable. The early date of the original documents ensured corroboration from other surviving witnesses. Scripture is even specific enough as to give us a number of eyewitnesses to the resurrected Christ when it says in 1 Corinthians 15, “After that, he appeared to more than five hundred of the brothers and sisters at the same time, most of whom are still living, though some have fallen asleep.” Luke, in explaining why he wrote his gospel, used the words eyewitnesses, orderly account, and that you may know the certainty. It’s clear from reading these authors that they claim to not only be eyewitnesses but that they enjoyed the corroboration of hundreds of other eyewitnesses.

7. The bible contradicts itself
This is an unfounded objection because answers to every so-called contradiction exist. The problem is that those who raise this objection either are unaware of the solutions or are unconvinced by the solutions offered. Furthermore, the expectations of ancient literature readers are different than modern conventions. Often a simple understanding of textual and cultural context clears up apparent contradictions. Many supposed contradictions are based on an individual’s interpretation. Again context and an ability to consider other interpretations are important here. When reading the bible, many often forget that they are studying an ancient document, that was translated from a foreign language, in a faraway part of the world, in a culture that no longer exists.