Is God a murderer? 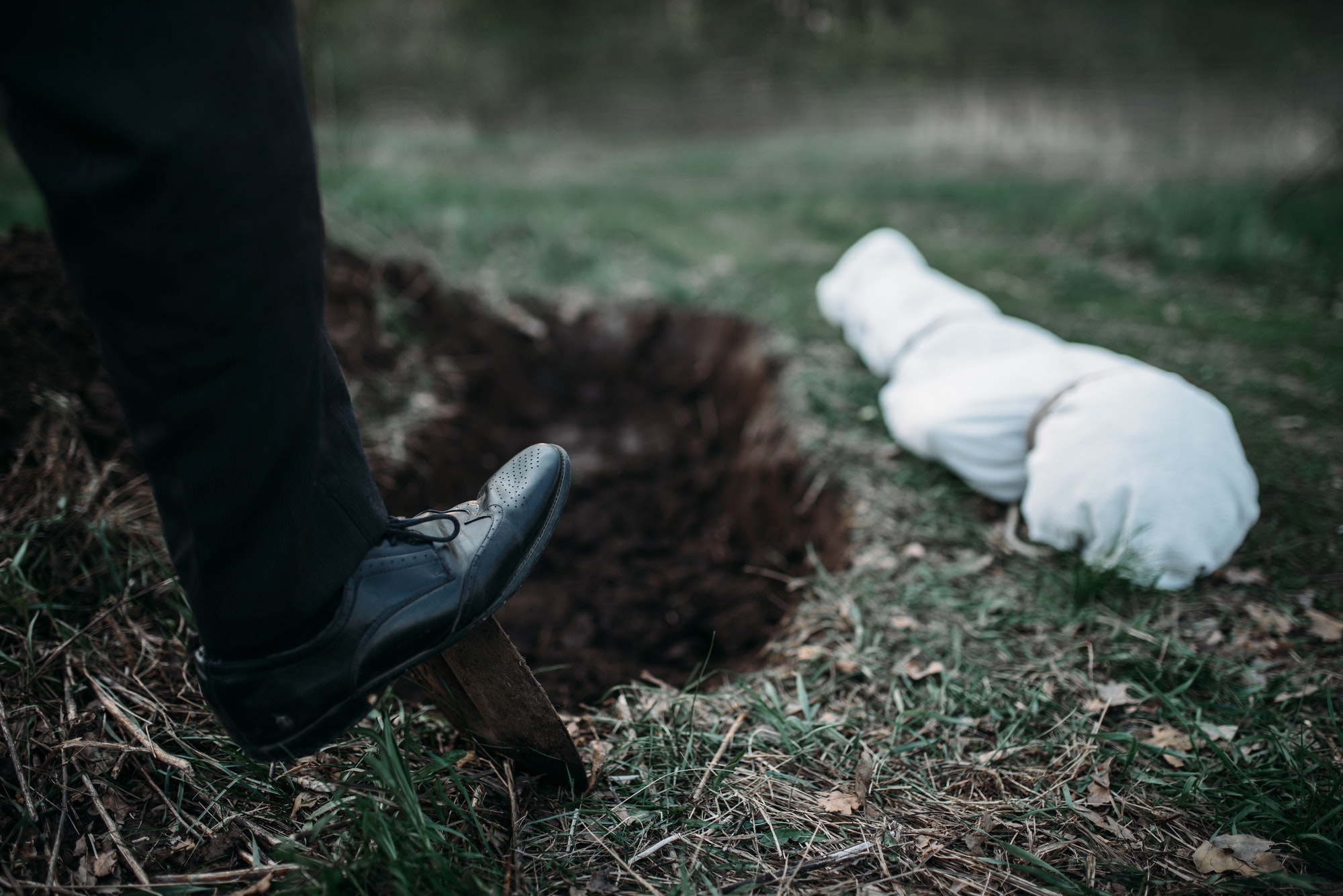 In a conversation with a good friend, I was asked about the times in the old testament where God kills men and women. I didn't have a good response at the time, and possibly still don't. After thinking about it for a while, though, this is what seemed appropriate to say.

God only gives life but never takes it.

Very few reasonable people would complain about God's unfairness if he allowed a man of 109 years to finally die. They would focus on the amount of life he was allowed to live and celebrate it.

No one is worthy of the life they are given. My six-month-old child is lying in her crib right now. She's cute, but she has done nothing to earn a right to be alive. She was given life free of charge. That gift did not come from me or her mother even though we were the ones that were there when it was given. Obviously, I'd be horrified if anything bad ever happened to her. Of course, all life including hers is extremely valuable, but that should not be confused with having earned a right to be alive.

To live one second in this beautiful world, to breath the air, to enjoy food, sex, music, and all that life has to offer is a gift. No one has earned the right to be here. We all got here the same way. We arrived not by any merit of our own but by some great mysterious encounter. We are allowed to enjoy God's playground even though we've done nothing to deserve such a wonderful pleasure.

So instead of saying, "how unfair that God took the life of a 1-year-old child." It's more appropriate to say, "how generous that God gave that beautiful soul one year to live when they had not earned it."

Life is a gift. Some get 100 years and some get 20 seconds but both gifts are a display of generosity.

If a human commits murder, that would obviously be wrong. It would be wrong because that murderer is not the giver of life, and therefore it is inappropriate for him to take away a gift that was not given by him.

However, the giver of a gift has the right to decide the size and shape of the gift he gives. God gives each individual gifts of differing sizes. To the woman that dies at 97 and the man who dies at 88, we say they both have lived a full life even though the length of the life-gift is different. I say that all, no matter how long they are alive, have lived a full life, because they have fulfilled the life gift they were given.

Whether God gives 100 years or 20 seconds, he has still given life. If a baby is only destined to live 1 minute - then God has not taken away life if the baby only lives 1 minute. Instead, he has given the incredibly generous gift of 1 minute of life in his beautiful world. How much more generous he is to those who have received two minutes.

Death seems like a loss to man, but to the giver, it is only the fulfillment of the gift. Therefore, it is not murder for God to cause life to end, but instead is simply the fulfillment of his gift. A life gift that is shorter than all the rest only reminds those who have more, how generous he has been to them.

The perspective that says, "God took away a life." implies that the one who died was destined to live longer, but was not allowed to. This is a misunderstanding of what it means to be given the gift of life. To be given the gift of life means, that you have an amount of time that is set for you. The act of death is often violent and painful, and this creates the illusion that it is unintentional. However, scripture says, "A man's days are numbered."

Now think back to that baby who received life, even though they did not earn it. Now imagine that baby who received that incredibly generous gift, lives their entire life denying that they have received a gift at all. They refuse to admit that life is something given. Instead, they say, "life comes from nothing and returns to nothing."

And what if, even as these words came from the receiver's mouth, the giver of life was saying, "but I have even more gifts for you." For this giver of life is not the type who gives once, but instead many times. His joy is in bestowing increasingly generous gifts on those who would receive them. He, being so rich in generosity desires to give more to any who will accept.

However, for the receivers of the first life-gift, who deny that they have received a gift at all, how can he give more. How could God see fit to force another gift upon those who refuse to admit they have received in the first place. For those who deny him, he allows their first gift of life to be fulfilled, but gives them no more gifts, because they will not receive them.

God gives eternal life in the same way that he gave physical life.

Isn't your physical life valuable? It was free.

The giver of life is not a taker, but a giver. He gives physical life without charge and invites you into the deep mystery of being alive. He offers an even greater gift, eternal life. It's such a beautiful and generous God that has decided to bless us with such dangerous generosity.

How is a Rickenbacker Electric Guitar related to Free Will?
The Security Of Eternal Life
Fish Or Cut Bait (A Fiction Short Story) / Podcast S2 E2
1 2 3 … 308 Next »