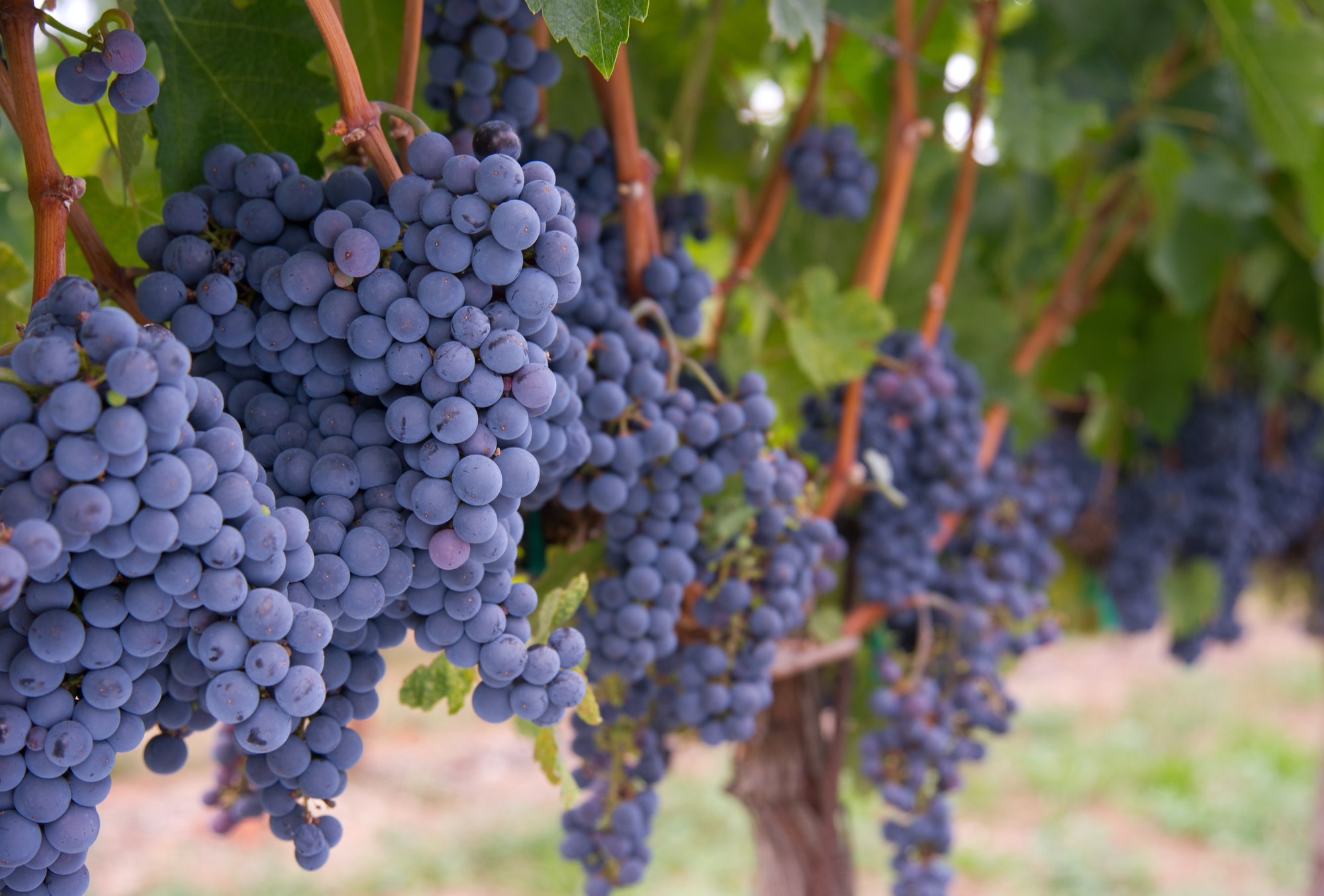 Before digging in to The Good Soil check out weeks 1-4 here .

Luke describes the good soil in this way: “But others fell on good ground, sprang up, and yielded a crop a hundredfold” (Luke 8:8). The use of the phrase “sprang up” is found in the descriptions of soils 2, 3, and 4. As mentioned in our last post, this is an indication of germination or life. The clear implication is belief. Like soils 2 and 3, this last soil also represents a believer, but one who goes on to full maturity and yields a plentiful bounty.

A Brief Look Back

To briefly recap: After our overview in week 1, we saw in week 2 that some seeds fell on the hard ground, which represents the unbeliever. This is the one soil of the four in which no life springs up. Instead, the devil snatches away God's word, “lest they should believe and be saved” (Luke 8:12). In week 3, we looked at the rocky soil. In contrast to the hard soil, we discovered that this soil represents a believer. However, these do not grow to maturity or produce a bountiful harvest for the kingdom because “they have no root, who believe for a while, and in time of temptation fall away” (Luke 8:13b). In week 4, we examined the third soil, the thorny ground. This soil also represents a believer. It produces more abundant fruit than the rocky soil, but full spiritual maturity is hampered by the competing interests of the world. They never reach their true potential because they are “choked with cares, riches, and pleasures of life.”

To arrive at a fuller understanding of each soil, we explored examples of various people in Scripture who characterized them. Our examples centered upon the lives of the Pharisees, the persecuted church in Hebrews (and by way of example, the Jews at Kadesh Barnea), and finally, Paul’s travel companion, Demas. As I pondered many possible examples of the good soil in Scripture, one special lady jumped out at me—Ruth, one of five women in the genealogy of Jesus. Ruth’s remarkable story reveals an example of someone who overcame the pitfalls of the first three soils and went on to prove herself more than faithful.

An Example In Ruth

For those of you not familiar with it, the story of Ruth unfolds like this: A man named Elimelech, a Jew, is preparing to leave everything behind as he departs Judah in Jerusalem for the land of Moab. Famine has stricken Judah. Seeking refuge from the disaster, Elimelech flees with his wife Naomi and his two sons and heads for what he hopes will be greener pastures.

Once in Moab, however, more hardship befalls the family, and Elimelech dies. Naomi and her two sons remain in Moab, and the sons marry two Moabite women named Ruth and Orpah. The family calls Moab home for about a decade, during which time the two sons also die. Naomi, the matriarch, is now not only a widow but newly childless. Broken and bitter, she decides to pull up stakes and return to Judah, having heard that the famine has ended.

Along the way, however, Naomi urges her two daughters-in-law to depart from her and return to Moab, to their mother’s homes, and to seek new husbands who can secure their futures. Orpah briefly protests but then leaves.  At this point, it is just Naomi and Ruth. Naomi says to her daughter-in-law, “Look, your sister-in-law has gone back to her people and her gods; return after your sister-in-law,” But Ruth said:

Entreat me not to leave you, or to turn back from following you. For wherever you go, I will go; and wherever you lodge, I will lodge; your people shall be my people, and your God, my God."

While Orpah returned to the comfort and familiarity of her birthplace and her mother’s home (and gods), Ruth forsook all to follow after Naomi, and ultimately, the One True God. Moab was a place of false religion and idol worship, which sometimes involved human sacrifice. Naomi’s God foretold of a coming Messiah who would redeem the world. By her declaration to her mother-in-law, we see that Ruth believes and is therefore saved.

When I consider Ruth’s courageous decision, I think about how easily she might have become the rocky soil or the thorny soil. Though it is clear from her statement that Ruth believed. Life was difficult. She had no husband, a bitter mother-in-law, and an uncertain future in an unknown land. Even if Ruth had not actually abandoned her belief in the God of Israel (and the coming Messiah), if I put myself in her shoes, I can imagine the pull to simply return to her mother’s arms and the familiarity of home. Like those with the rocky soil who “believe for a while and fall away in a time of testing” (Luke 8:13), Ruth could have given up and turned back in the face of hardship. She could have chosen the path of least resistance.

Or she might have elected to return for a different but equally tempting reason—that is, the prospect of finding a new husband to provide for her needs. Physical security, love, and affection—who wouldn’t want that? Even her mother-in-law had encouraged her to do so. But Ruth eschews her own ease and comfort to follow a higher goal. Unlike those with the thorny ground who are “choked with cares, riches and pleasures of life” (Luke 8:14), Ruth denies herself in wholehearted pursuit of the One True God.

Once in Judah, we see God intervene in these two women's lives in a miraculous way. Though now in an unfamiliar land, Ruth immediately sets out to procure a means of providing for herself and Naomi, and asks her mother-in-law’s permission to go and glean behind the reapers in the fields during the annual barley harvest. Instead of losing heart or wallowing in self-pity over the difficulties she’s faced (and still faces), Ruth devotes herself to caring for her mother-in-law. She takes her eyes off of herself and fixes them on the needs of another.

Providentially, Ruth finds her way to the field of a man named Boaz, a wealthy farmer whom God will use to change the course of these two women’s lives. While gleaning, Ruth’s reputation as a selfless and godly woman grows among the harvesters, eventually reaching the ears of Boaz, the owner of the field. Clearly impressed by what he hears, Boaz arranges for Ruth to continue among his gleaners through the end of the harvest and instructs the young men not to touch her.  After securing her provision and protection, he goes to her and says:

It has been fully reported to me, all that you have done for your mother-in-law since the death of your husband, and how you have left your father and your mother and the land of your birth, and have come to a people whom you did not know before. The Lord repay your work, and a full reward be given you by the Lord God of Israel, under whose wing you have come for refuge."

It amazes me to think about how extravagantly the Lord fulfilled this blessing, which Boaz pronounced upon humble Ruth. As it turned out, Boaz was a Kinsman Redeemer, a close relative who could reverse the fortunes of this needy family by buying back the land which could not pass from Elimelech to his sons, as they had died. Naomi still possessed the title to the land they had left behind in Judah when they departed for Moab, but without male heirs, it was of no use to provide a livelihood. A Kinsman Redeemer could purchase it back and carry on the family’s patriarchal legacy not only by keeping the property in the family but also by potentially providing a new male heir to inherit the estate. Of course, this would be accomplished by marrying the widow in question. In this case, being the widow of the deceased heir, Ruth needed to be redeemed.

A Love Story To Remember

And here, Ruth’s story evolves into one of the greatest love stories of the Bible! Boaz does redeem Ruth, and they marry. They have a son named Obed, and in time, Ruth the Moabitess becomes the great grandmother of King David, a forerunner in the lineage of Christ.

Just as Boaz had prayed, the Lord blessed Ruth for her faithfulness to Him and rewarded her for her sacrificial service to Naomi. The story of Ruth and the picture of the Kinsman Redeemer enables us to better understand the gracious love of the Father who redeems us in our destitution through the work of His Son on the cross. Ruth had a starring role--what an honor! In addition to that, Ruth is one of only two women with books of the Bible named after them (the other being Esther).

If I had to distill down what it was that enabled Ruth’s success, qualifying her as an example of the good soil, I would say it was her singular focus. Her eyes were set upon the Lord. She did not “turn to the right or the left” (Proverbs 4:27) or “look anxiously about” (Isaiah 41:10). Ruth traveled on the pathway of truth and did not digress. Her example should encourage us to do the same—to stick close to Jesus and anchor ourselves in His Word so that we might be found to be the good soil, too!

Therefore, we also, since we are surrounded by such a great cloud of witnesses, let us lay aside every weight, and the sin which so easily ensnares us, and let us run with endurance the race that is set before us, looking unto Jesus, the author and finisher of our faith, who for the joy that was set before Him endured the cross, despising the shame, and has sat down at the right hand of the throne of God."

6 comments on “The Good Soil”