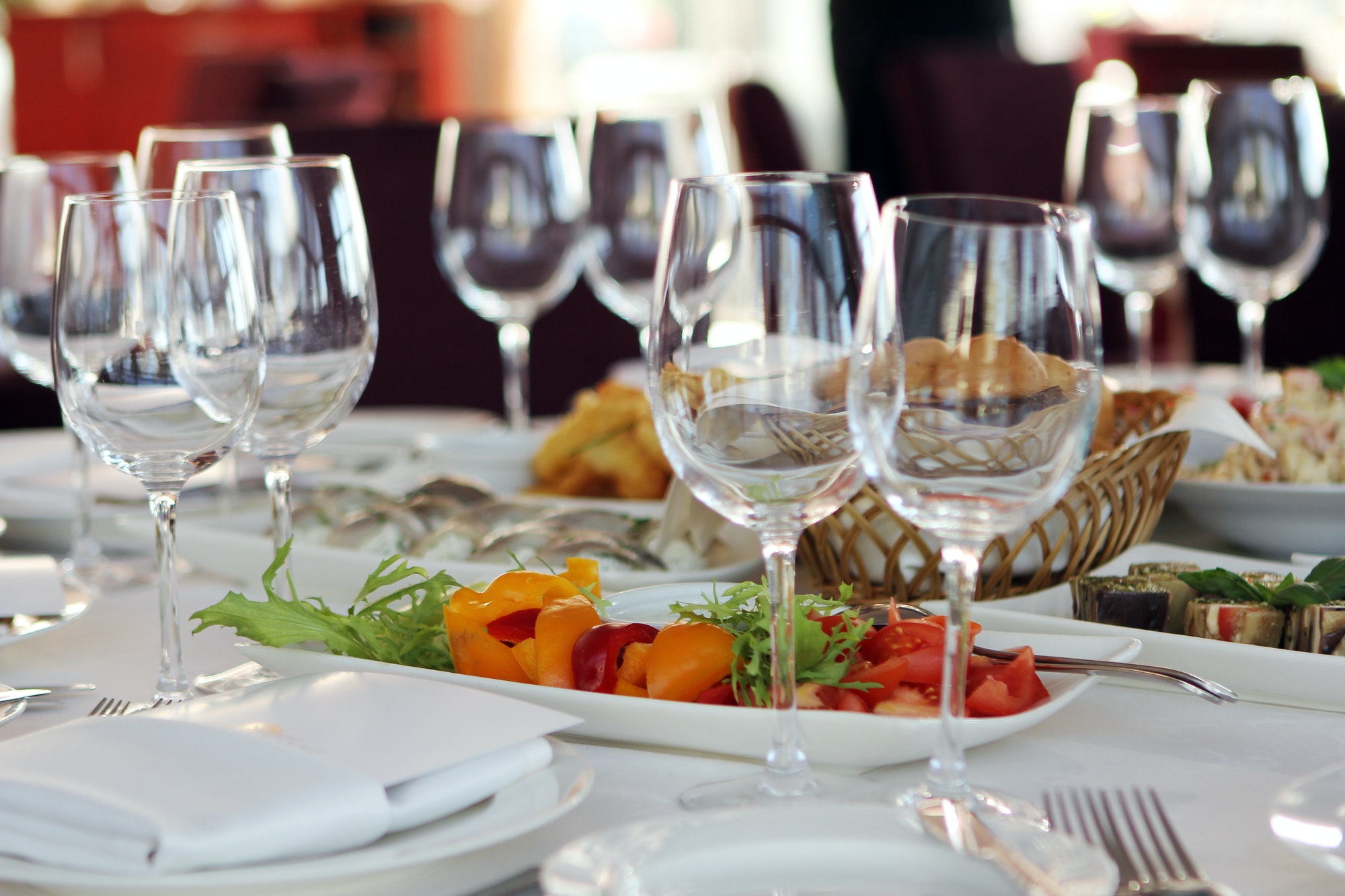 I was in ministry in west Texas a number of years ago. We were about to begin a night worship service for College students called Paradigm when a man, probably homeless, walked into the church and sat down on the back pew. That was not that uncommon, what was uncommon was his attire... or his lack thereof. He was a big man, and from where he sat in the pew, it looked as if he were wearing no clothes at all. I hopped off the stage and rushed over to him, relieved to find out that he had shorts on at least. I sat down next to him and removed my shirt. This was a big fancy church, so me going shirtless was not really a long-term solution. I gave him the shirt I had taken off. I believe I had an undershirt on, so everything balanced out ok. He was a big guy, so my shirt didn't fit him well, but at least it covered his hairy chest.

It makes us uncomfortable when someone shows up for an event or social function inappropriately dressed, or worse- naked. Jesus tells a story of a man who shows up at a place in that very state. Take a look at this parable from Matthew.

Jesus also told them other parables. He said, “The Kingdom of Heaven can be illustrated by the story of a king who prepared a great wedding feast for his son. When the banquet was ready, he sent his servants to notify those who were invited. But they all refused to come!

“So he sent other servants to tell them, ‘The feast has been prepared. The bulls and fattened cattle have been killed, and everything is ready. Come to the banquet!’ But the guests he had invited ignored them and went their own way, one to his farm, another to his business. Others seized his messengers and insulted them and killed them.

“The king was furious, and he sent out his army to destroy the murderers and burn their town. And he said to his servants, ‘The wedding feast is ready, and the guests I invited aren’t worthy of the honor. 9 Now go out to the street corners and invite everyone you see.’ So the servants brought in everyone they could find, good and bad alike, and the banquet hall was filled with guests.

“But when the king came in to meet the guests, he noticed a man who wasn’t wearing the proper clothes for a wedding. ‘Friend,’ he asked, ‘how is it that you are here without wedding clothes?’ But the man had no reply. Then the king said to his aides, ‘Bind his hands and feet and throw him into the outer darkness, where there will be weeping and gnashing of teeth.’

Notice the section that talks about the man who was in the feast but didn't have wedding garments. Many have thought that this parable is teaching that that man is unsaved because he's tossed out. I'd like to offer a different interpretation.

I believe that the man represents a believer who has eternal life but has not lived in a Godly way. He is saved, but did not "prepare". Instead, he insulted the King by doing nothing in preparation for this feast. He either is wearing dirty clothes or even worse -he's naked. If you imagine him as naked, the story makes a lot more sense.

The man obviously is in the Kingdom, because he was able to respond to the King's invitation. Being "in the kingdom" is synonymous with having eternal life. He just was not allowed to be in on the feast.  I'm an American but I don't have the privilege of sitting down to the President's dining table.

Another interesting this is what the King calls him. Notice that the king calls him, "friend." If he was unsaved, like those who appear earlier in the story, the King would have lumped him in with the "murderers." However, he uses an somewhat affectionate terms here. I believe this is because, this man represents a child of God (a believer) but it's inappropriate for him to be in this privileged place- the feast.

The lesson of this parable is this: For those who will enter the Kingdom (all believers) there is still an expectation on you (discipleship). All believers will receive eternal life for their faith alone in Christ. However, believers will be rewarded for the way they live.

The man in this parable represents someone who is a believer and has eternal life, but ignored discipleship, disobey Christ, or did not live a Godly life.

So what does it mean when it says,

"Bind his hands and feet and throw him into the outer darkness, where there will be weeping and gnashing of teeth."

Imagine this: you're standing at a window looking in at night. Inside there are many who are having a feast and enjoying each other's company. Light pours out from the window, but it's dark where you are.

Those who are looking in from the outer darkness gnash their teeth because they realize that they too could have been allowed in if they had lived their lives differently. Be sure not to misunderstand. These people are in the Kingdom of Heaven. They have eternal life- but they are not allowed into the feast because they weren't committed to living a Christ-like life.

In this interpretation, this is a temporary situation. Those who are left out of the feast will be comforted when Christ, "wipes every tear from their eye." as it says in Revelation.

One thing is sure. Those who have placed their faith in Christ will be saved. Those who also commit to a life of good works, will not only be saved but also be rewarded with closeness to Christ and privilege in the Kingdom to come.

Will you be privileged enough to sit at the feasting table of the King? Those who have believed and have eternal life, need to prepare their wedding garment. Your garment is your good works. Don't be caught naked.