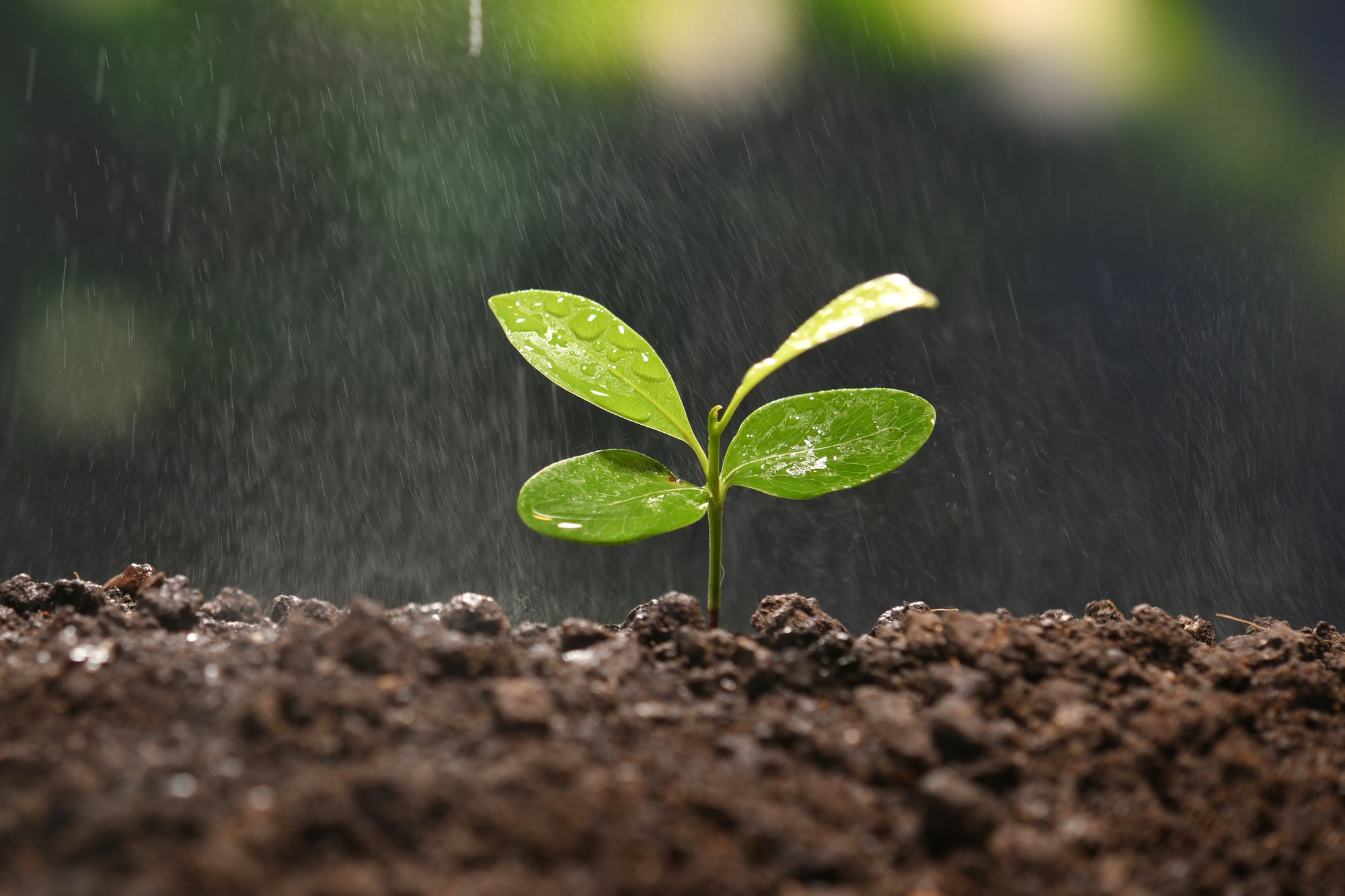 My favorite hobby is gardening. I find it so rewarding to watch something small and unimpressive grow and develop into something vibrant and flourishing! But gardening takes patience, something I sorely lack. I bristle when I receive the dreaded answers of "wait," "maybe," or "I'm not sure." I don't want to wait for a decision. I want to know now! To succeed as a gardener, however, demands great patience.  Without it, you will never see the reward of your labor, time, and financial investment. I’ve learned this the hard way, and more than once.

Last spring, a kind neighbor offered to allow me to divide her Hydrangeas for her and take some of the divisions for my own. Hydrangeas have deep taproots, and dividing the plants proved to be quite the chore. After a good deal of strenuous effort, I considered just giving up. But I pressed on and managed to separate two small plants that I had decided would reside in bright lime-colored pots and adorn the doorstep on the Northside of my house.

Though difficult, I had high hopes for the success of this project and knew it would all be worth it when the plants matured into bloom. But my hopes were dashed just a few weeks later when the plants began (ostensibly) to die. I was extremely disappointed that my efforts had apparently failed, and several more weeks passed before I finally resolved to cut my losses and move on. I overturned the pots and dumped the contents onto the ground. Expecting to see dead black roots, I was shocked to see fresh, green life instead.

As it turned out, I had pronounced my Hydrangeas "dead" before the time. Operating from a limited viewpoint, my judgment had been based only on what I could see with my two eyes, above the surface. I had given absolutely zero consideration to what might be going on below the surface and beyond sight.

In 1 Cor. 4:5, Paul admonishes his readers to "judge nothing before the time." In context, it is an exhortation not to pronounce judgment upon things which God alone can see, such as hidden motives, or a person's "heart." Sometimes, we simply do not have all the information necessary to make an accurate judgment. Meanwhile, God, being omniscient, sees the whole picture from start to finish.

"judge nothing before the time."

After losing our first baby at 24 weeks gestation, things went quickly downhill for my husband and me. We were traumatized by our experience, and lacked the appropriate coping mechanisms to walk through our grief in a healthy way. As a result, in the years following our loss, I watched the man I loved and admired spiral out of control and into a full-blown addiction to alcohol. These years were characterized by a profound sense of loneliness. Though a functioning alcoholic who never missed a day of work, at home during the evenings, it was a different story altogether.

Four years after losing our daughter, Eva, we had a second little girl, and a little boy, two years later. I vividly recall the day I discovered I was pregnant with my son. I was nervous to tell my husband. We hadn't "planned" for this baby, and we were already so fragile. I shared the news, and his response shattered me. With a whiskey in hand and sarcasm on his lips, he asked, "So when is the blessed event?" I felt so hurt, so disconnected, so unsupported.

I felt bewildered and scared, knowing that I would be "on my own"

I went upstairs to bed, alone and in tears. I felt bewildered and scared, knowing that I would be "on my own" this time around; at least emotionally. I cried out to God, pleading with Him to help me. The Lord brought to my mind Mary's response to the angel Gabriel's announcement that she would bear the Messiah in Luke 1:38: "Behold, I am the servant of the Lord; let it be to me according to your word." Like Mary, I too wondered, "How will this be?" (Luke 1:34), but I trusted in my Father's sovereign plan for my life.

As the kids grew, we spent a lot of time together, just the three of us. Marcus worked nearly every weekend, and although married, I felt like a single mom. While the kids were happily oblivious to his drinking (as fortunately, it occurred after their bedtime), I struggled, watching him continue to battle the same debilitating stronghold year after year.

I held on to my marriage because I had made a vow before God, because I loved him, and because my children needed their father. More than one person encouraged me to leave the marriage, to put in boundaries, and to "think of myself." They could not see any possible hope for change on the horizon.

Around 2014, I started taking the kids to church. We went alone, without him. Every week I would ask him if he would like to join us, and every week he declined, giving one excuse or another. But I never nagged him or criticized him for not going. Though it felt awkward and embarrassing to show up at church week after week with a ring on my finger and no husband at my side, we kept going anyway. Each week I would pray, asking God to deliver him from the clutches of his addiction.

I begged the Lord to send in reinforcements--to send a man, or men, to come alongside my husband and love and support him. Though a believer, this was something he had never had and desperately needed (he had acknowledged his frustration over this lack in the past).

And our faithful God showed up.

After nearly a decade of pain and hopelessness, The Lord heard our cries and intervened. A neighbor reached out and invited my husband to an early morning men's group. To my utter surprise, he went...hungover. And he kept going. He started saying "yes" when we asked if he'd like to join us for church. Eventually, with the support of many devoted brothers in Christ, and through the enabling power of the Holy Spirit once more operating in his life, Marcus was able to give up drinking; he began to pursue a closer walk with the Lord and with his family, too.

I think back to my gardening experience and wonder, "What if I had given up on my marriage the way I did with those plants, dumping them out and pronouncing them dead without seeing that something was indeed sprouting below the surface and beyond my sight?"

I am reminded of the story of Mary, Martha, and Lazarus. How the sisters agonized over their beloved brother's death and lamented the Lord's tardiness in coming to them. In John 11:32, Mary judges the situation hopeless, and says to Jesus,

"Lord, if you had been here, my brother would not have died."

Little did she know that Jesus was about to raise Lazarus from the dead. She had judged before the time.

It's hard to wait, to be patient, to trust when we cannot see the outcome. But let us not judge too hastily and remember that sometimes, in the words of King Solomon, "The end of a matter is better than its beginning. Likewise, patience is better than pride " (Ecc. 7:8).

**I would like to acknowledge that sometimes marriages are unable to be salvaged for a variety of reasons and that many times, tragically, those reasons are completely outside of our control. This is not a prescription for how one “should” handle a troubled marriage; I realize it’s not a “one size fits all.” It is merely the story of what happened in my own personal experience.