Where Will A Christian Turned Atheist Go When They Die? 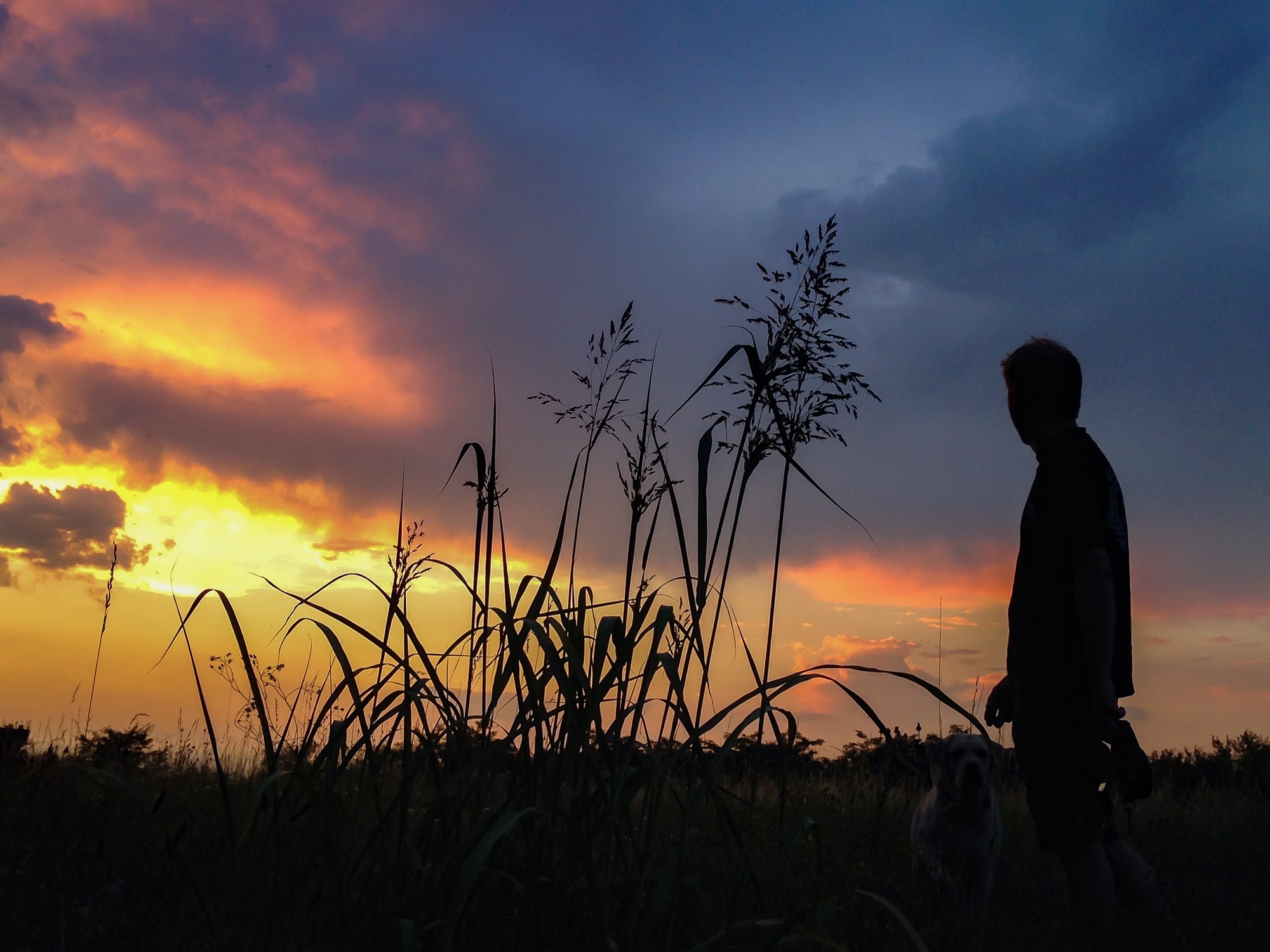 I posted a response to an atheist’s question about a Christian who had become an Atheist. I made the claim that, "if someone believes in Jesus for eternal life, nothing can ever take their eternal life away. Not even if they become an atheist."

So, this elicited a response from a number of my atheist friends. Their tone was one of annoyance, I think.  That seemed strange to me, considering that I was delivering what I thought was positive news. In response to that article, an atheist man posted this.

"Thankfully there are plenty of contradictory bible verses for the ones who don't want to buy into that."

A few minutes later he posted

Let's look at John 15:6 and consider what it says.

"If anyone does not abide in Me, he is thrown away as a branch and dries up; and they gather them, and cast them into the fire and they are burned."

Wow, I'm so busted... just kidding. Before we jump into this subject take a look at this video we recenly produced.

So first of all, these verses show up in the book of John. John tells us why he wrote his gospel in John 20:31 when he said,

"but these are written so that you may believe that Jesus is the Christ, the Son of God, and that by believing you may have life in his name."

So John clearly tells us that his gospel is written for the purpose of allowing people to believe that Jesus is the Christ, the Son of God and that by believing we will gain eternal life.

This is important because John hammers this idea through his gospel. He uses the word believe about 100 times in his book. It's important to know what the word "believe" means.

So John is trying to convince us that Jesus is the Christ/Son of God. If anyone believes that, then they have eternal life.

So that's his main purpose. However, he has a second purpose that shows up throughout the book much less frequently.

His second purpose is that believers would Abide in Christ. What is abide in Christ? We don't have to guess, he tells us clearly in John 15.

"If you keep My commandments, you will abide in My love"

So he makes it easy for us. Keep Jesus' commandments and we will abide in him. Nowhere in the book of John, nor in the bible does it teach that we gain the gift of eternal life by keeping commandments. It's not the policy. That's not how it works.

John says over and over, that belief in Jesus is the one condition for gaining eternal life.

What's more, John tells us what the benefits are for abiding in Christ in this same chapter.

He who abides in Christ will

This is HUGE! You need to notice what's not on the list above. There is no mention of eternal life. Did you catch that? This chapter is a side note to John's purpose for the book of John. Let's review.

Primary Purpose Of The Book Of John: That his readers believe in Jesus as the Christ, the son of God in order to gain eternal life.

Secondary Purpose Of The Book Of John: That, once they've believed they abide in Christ. (follow his commandments) and therefore earn various rewards and benefits.

I was raised in the church. Somewhere along the way, I got confused about these two ideas. I mistakenly assumed that all believers would automatically abide in Christ. I didn't understand that there was a distinction between believers and disciples. I thought they were basically the same thing.

Because of this confusion, the bible was very illogical. It seemed one second The bible was saying that I gained eternal life by faith alone in Christ. The next second it was saying I was expected to do good works.

It was my mistake to assume that my eternal life would be lost if I didn't do good works. So now that we have made that distinction let's go back to the verse offered by my atheist friend. John 15:6:

"If anyone does not abide in Me, he is thrown away as a branch and dries up; and they gather them, and cast them into the fire and they are burned."

My atheist friend implied that this verse is teaching that God would cast believers into hell if they don't abide in Christ.

I’d like you to notice that is not what it says. Read it again. See if you can find the word hell in the verse. You can’t. It’s not there.

Says who? There are many places in the bible that talk about fire as a metaphor for something other than hell. In fact, fire is often used to illustrate a refining process.

If the "fire" in this verse is talking about hell, then what does the "throw away" and "dries up" mean? There are basically three distinct actions that the metaphorical gardener takes in this verse. If the fire represents hell, there also needs to be an explanation for what the other two actions represent. That's how metaphors work.

Secondly, it doesn't make sense in the context of the book of John to think "fire" means Hell here. It doesn't even make sense in the context of Chapter 15. He says over and over that those who believe in Jesus have free eternal life. He claims repeatedly that they don't gain eternal life for their actions, or ability to follow Godly living. Then suddenly he supposedly changes his mind and says that if you don't follow Jesus' instructions, you'll go to hell. It just doesn't make any sense.

John 15.6 is talking about how God will discipline his children in this life if they don't obey Christ. That’s right. God disciplines believers during their mortal lives.

Let's break the verse down into its parts.

"If anyone does not abide in Me,"

So we've established that Abide = Obey Christ. So this verse is talking about believers (Christians) who decide to disobey Christ even though they have eternal life. So a Christian who later becomes an atheist falls into this category.

The verse then explains what will happen to these wayward immortals.

"he is thrown away as a branch and dries up;"

Two things happen here. First, the branch that does not produce any fruit will be cut and tossed away. Don't confuse this with losing salvation. There's no reason to think that he is telling us we will lose our eternal life. That idea doesn't fit with the context. Instead what it means is, he will remove the benefits that come with abiding in Christ.

Remember the list of abiding benefits from before? So if one doesn't abide in Christ then, we can assume that they:

Eternal life still doesn't appear in this list. The logical conclusion is that, for those who don't abide, their eternal life is not in jeopardy, only the benefits of abiding.

But wait there's more. He further explains that the branch,

John uses the analogy of fruit. If we do the good works that we were created to do, then we grow. We bloom when we fulfill the life Christ has planned for us. However, we wither when we disobey. We begin to dry up if we don't work. We die on the vine if we don't follow the words of Christ.

So if that lifestyle of disobedience continues the consequences get worse. Jesus explains it this way,

"and they gather them, and cast them into the fire and they are burned."

At this point, it'd be easy to imagine that the gardener is just burning the branches to get rid of them. This is why many people mistakenly think that Jesus is using this "fire" as an analogy for hell. I'd like to offer you another perspective.

In the ancient world, fire was useful. Open fires heated homes, offered light, and served as cooking flames. The gardener is efficient. He doesn't want to waste resources on branches that don't produce fruit, so he repurposes them. He uses them for firewood.

What does it mean?

This verse is teaching us that once you are a child of God, you are subject to God's disciple in this life if you disobey him. If you gained your spiritual immortality by believing in Jesus for eternal life, then your life mission is to do the good works that Jesus has for you. If you prove over and over that you will resist that mission, God will begin to discipline you. We are not talking about eternal punishment here, but a discipline that happens in this life. We will call this correction "temporal discipline."

So what is the fire? It's temporal discipline that ends in physical death. If a Christian strays for long enough, God will begin to discipline them more severely, and it's possible that God will eventually end their physical life prematurely.

There’s a Greek verb that means “to be burned up.” or “completely consumed by fire.” Jesus didn’t use that word here. Instead he used a word that means, “burned.” Even in this it seems that God is being merciful. Even when the temporal discipline is really heating up, there is hope that the person will turn from their sin and live the life of good works they were meant to. God disciplines Christians who become atheists, in hopes that they will return to the truth.

So, God may end the physical life of a Christian who has strayed from him.

We have examples of this in the New Testament. Think of Ananias and Sapphira. (Acts 5) God took their lives on the spot for their sin. They suffered the full force of God’s temporal discipline. They were believers and therefore had eternal life, but God saw fit to end their mortal lives.

In 1 Corinthians 5 Paul is dealing with a case of incest, where a man was sleeping with his mother… yikes. So Paul says, I have decided to deliver such a one to Satan for the destruction of his flesh, so that his spirit may be saved.” This man would suffer the full discipline and consequence of his sin. However, it’s clear that he was a believer and therefore had eternal life.

1 Corinthians 3 talks about how all Christians are building a metaphorical house with their works. On the day they stand before Christ it will be like a fire sweeps through that house. Hopefully, the Christian has built that house with good works such as gold, silver, and precious stones. If he’s built the house with worthless works like wood, hay, and straw then the house is in trouble. Paul then says this,

“If it is burned up, the builder will suffer loss but yet will be saved--even though only as one escaping through the flames.”

So here is another example of flames being used, not as a metaphor for hell, but a refining process. It’s talking about believers who have eternal life but did not good works.

God disciplines those he loves. If a Christian becomes an atheist, then the scripture teaches that there is at least some measure of temporal discipline that God will inflict. It may not be a premature death, but it’s possible.

To my atheist friends who once believed in Jesus for eternal life. Please consider this. I know this is a hard idea, and will probably make some angry. I love you and share it with a heavy heart.