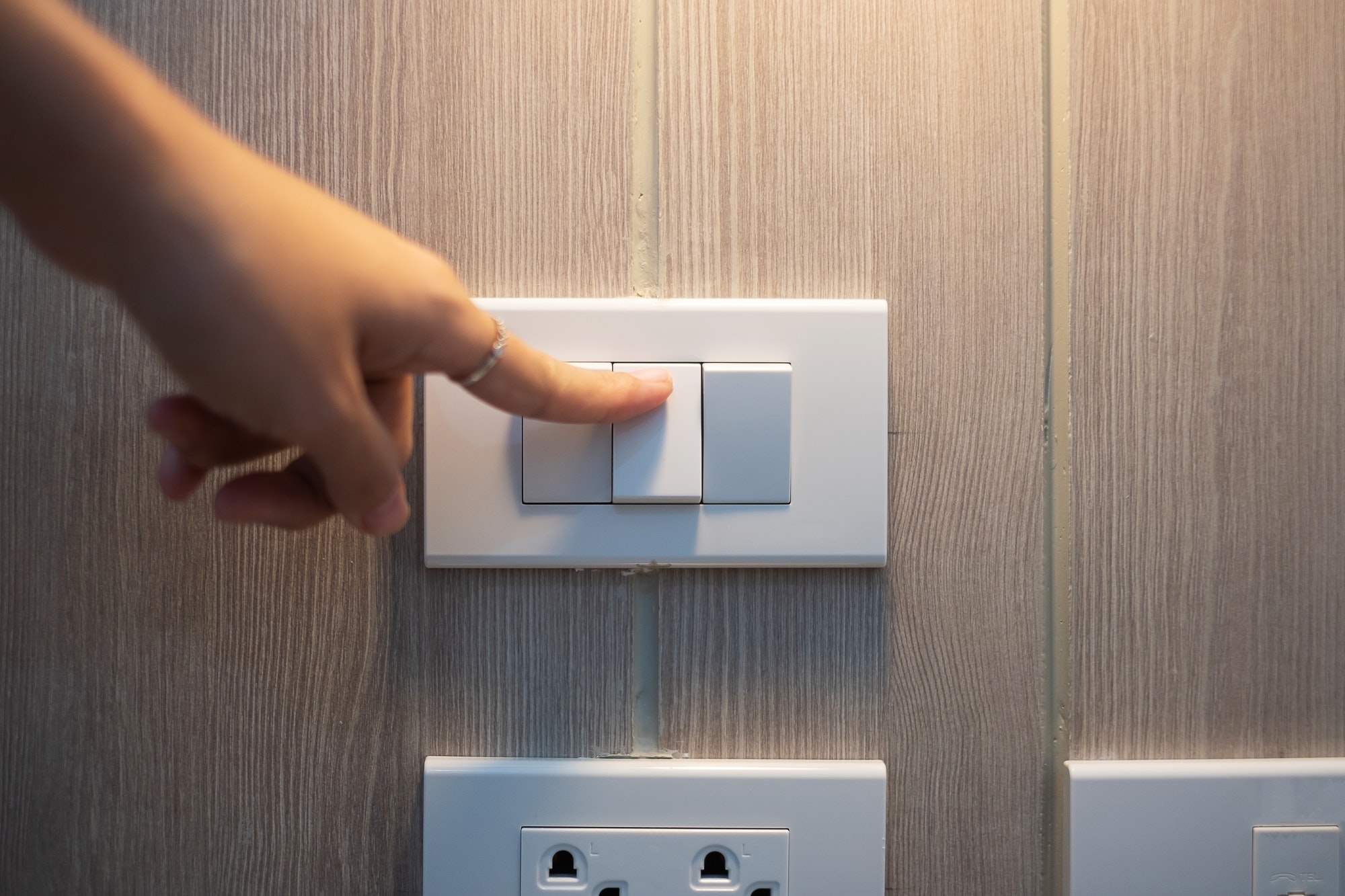 Belief/Faith Is A Light Switch Not A Dimmer.

At the church where I serve we have a large meeting room that has seven banks of lights. There are seven light switches that control these banks. When it's time to turn the lights on you can turn them on one at a time, or you can lay your arm out flat and turn them all on at once. The second method is my favorite.

We have another room in the church called the parlor. It has a luxurious leather sofa and plush, velvety chairs. In the parlor, the lighting is set up differently. There are dimmers for the lights. You can slide the dimmer up and down to fit the mood you want to achieve. Some like the lights at a scorching maximum. I like the lights low and soft. That way if I doze off in a meeting no one notices.

As we all know there is a difference between a switch and a dimmer. This is an apt analogy for what I want to explain in this section. It comes as a surprise to many that belief/faith is like a switch and not like a dimmer (in the original language of the New Testament belief and faith come from the same Greek word). I’ll explain why.

Scripture knows of only two options when it comes to faith and believing: one is either convinced or is not convinced. That means belief is binary. Belief does not occur on a continuum. One is not capable of partially believing a basic claim. You either believe it is true or you do not believe it is true. Being unsure qualifies as not believing.

I was sitting with a friend at lunch the other day, and I was trying to explain this. Afterward, he remained quiet for a few seconds and then said, "I'm not sure I agree." You may be feeling the same reservation, and that's ok. I've only given you half the story so far. There is something else you need to know. The concept that belief is like a light switch and not a dimmer comes as a surprise to many. That's because you've probably heard people say, "I only partially believe in Christianity." This unearths a second kind of claim.

The Christian faith is not a basic claim; it's a compound claim. Belief is on or off like a switch, but what happens when you have multiple switches? Let's go back to my opening illustration. Each switch represents a basic claim. Each switch is either on or off. However, you can have two switches on, and five off, or three on and four off. You could have any arrangement. Let's say half the switches are on and the other half are off. If I asked you, "Are the lights on or off?" You could say, they are 50% on. This illustrates the difference between a basic claim and a compound claim.

Let’s make it practical. Say you’re sitting with a friend and you ask them, “Do you believe in the Christian faith.” They respond by saying, “I somewhat believe.” What are you to do? Do you consider them a believer or not? What you must do, is get clarity on which basic claims they believe to be true and which they do not. You could then begin to present a list of basic claims such as:

Do you believe Jesus existed?

Do you believe that Jesus can give eternal life?

What you're doing if you do this, is breaking the faith, into basic claims. You're pointing out that the faith is comprised of individual light switches, rather than one single light dimmer. On each light switch, they can answer yes, or no. Your goal is to help the person turn each essential light switch on.

It's important to understand there are certain light switches that must be turned on for the person to be saved. There are specific saving facts that the person must believe. In the same way that there are certain light switches in my house that I consider essential for daily functioning, there are others that I rarely turn on. Many people leave their conversation partner in the dark because they do not understand which light switches are essential. We have to be careful that we're not spending all of our energy trying to turn on nonessential switches while leaving essentials ones dark.

For instance, I generally don’t make it a point to try to convince an unbeliever on subjects like the age of the earth, Old Testament law, or eschatology. Those are valuable subjects for believers to talk to other believers about, but since they are secondary, I don’t spend any energy trying to turn those light switches on in my attempts to bring someone to faith. Until someone believes the essentials of the faith, those beliefs can be left alone.

In fact, I believe a lot of damage has been done because some evangelistic approaches claim that you have to turn all the light switches of faith on at once. There are those that attempt the method I mentioned earlier of laying your arm flat and flipping the whole wall of lights on. Sometimes you can do it, but my experience is that adult's minds don't generally work that way. We need to focus on the essential faith switches and leave the nonessentials for a later date.

The question this might raise is, "what are the essential light switches?" In other words, what are the basic claims that a person must believe to have eternal life? We will begin to look at those individual switches in a coming section.