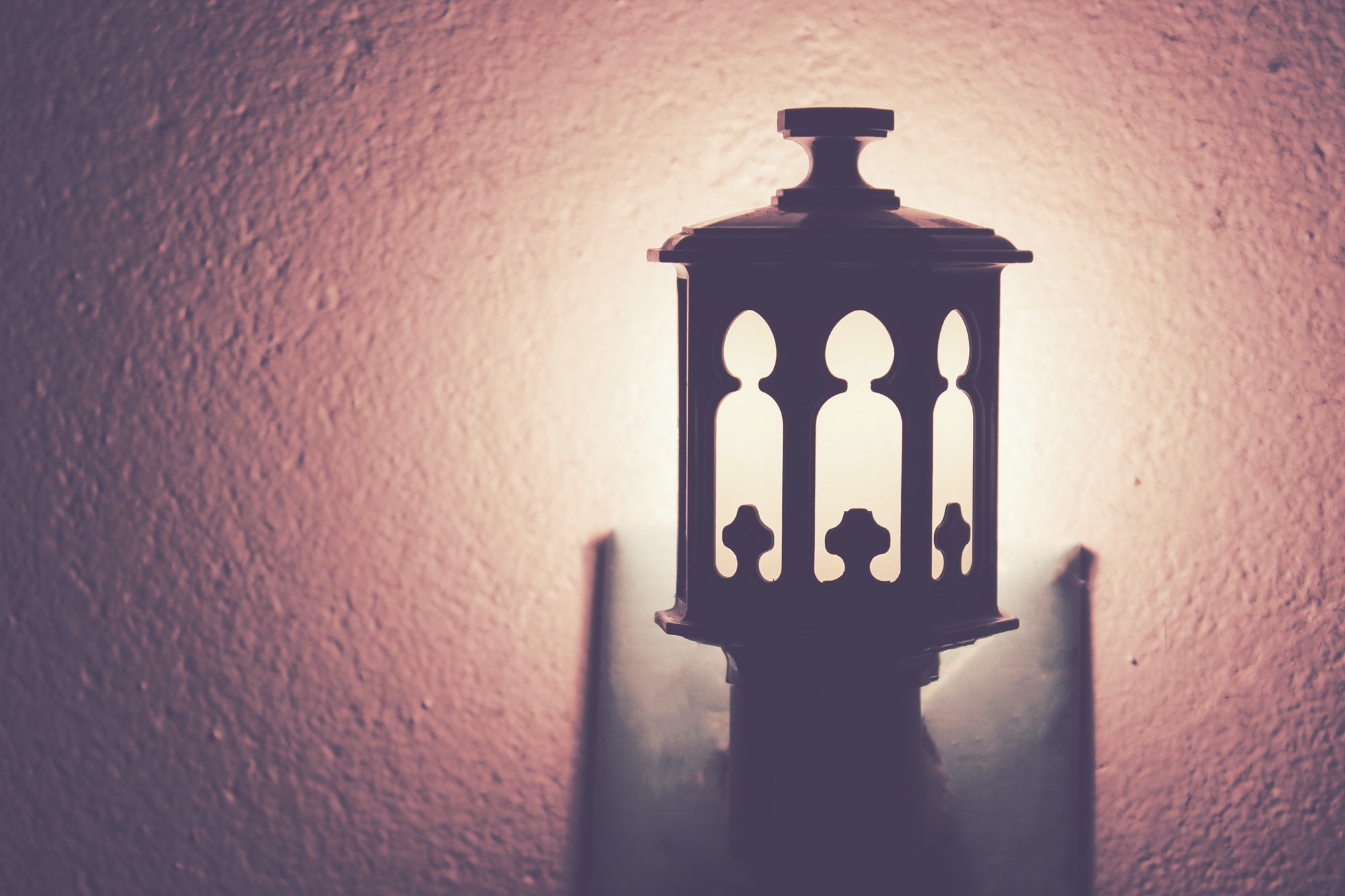 My fourth-grade class was buzzing with Christmas-time enthusiasm. The whir of exuberant voices filled the room as a holiday coloring sheet went around. The Christmas break was coming, with its presents and candy. The page slid into place as I reached under my desk for my crayons. Some kids had the 48 color set, but mine was a simple box well worn and doubly used. A deluxe selection of coloring sheets offered a myriad of options: Christmas bells, Santa Clause, or reindeer. As the sheets hit desks, the scratch of colored wax on paper began to fill the room.

I glanced at Michael, the kid who was seated directly across from me. He stared at the page, crayons in hand. He looked at the sheet as if it held images of kittens being ground into cat meat sandwiches. I glanced at the sheet in front of him to find that it was the same. I looked at mine, trying to understand the offense. Whatever the problem was, it was not evident to me. He turned toward the teacher as if to say something.

"Oh, sorry, Michael. I forgot," She said before he could protest. She flitted over to her supply closet and retrieved a blank piece of paper and traded it for Michael's. When the offending sheet had been removed, he set to work, drawing with crayons on a completely blank canvas. As expected, his picture was not Christmas-themed.

“Are you Jewish?” A kid asked Michael on the playground later that week.

"I'm Jehovah's Witness," he said. "But we call ourselves JW's for short." He was not afraid to talk about his faith and had obviously been trained well to do so. We had become friends, but there were a host of mysteries that surrounded him.

One of the things I loved about Michael was his uncanny wit, especially for a fourth-grader. He read fat fantasy books even at that age. We both were good artists, always drawing in our free time. At lunch, he would sculpt his mash potatoes into Hoover Dam with the gravy as the reservoir. He'd have me look as he cried, "The dam is going to blow!" A flow of gravy would pour into the valleyed plateau of his plate.

He invented an imaginary game we played at our desks. He called it "war." We would use pretend weapons on each other while the teacher was talking. If I pointed a make-believe pistol, he would have to upstage it with a pretend shotgun. At that point, I'd have to retrieve my bazooka. He'd pull out a Howitzer. It progressed until he would blast us both to dust by deploying a thermonuclear weapon right there at our desks. You can imagine how much trouble we got into using nukes indoors.

As the year progressed, it was becoming more obvious that he was different from everyone else. He would not place his hand over his heart or recite the pledge. He would not take part in any patriotic or holiday-themed activities. He was an impressive kid, standing his ground against teachers and other pushy students. The guy was made of solid steel.

I lost touch with him for a few years until we reconnected in eighth-grade art. We would often skip class and wander the school. We were not the average trouble makers, though. We had hall smarts. One time when we were skipping, we saw the school principal walking our way. Most kids would run, right? Not us. We walked right up to the principal and asked a deceptively clever question, "Mr. Stevens, do you know where Mrs. Smith is? She's not in her class or her office." At first, it may not seem intelligent, but here's the trick. We hadn't lied; we implied. There was no lie needed; we simply implied that we were on an errand involving a faculty member, which we weren't. The principal pointed us down the hall and told us to look in that direction. Then if a teacher stopped us, we could legitimately say, "We were sent down here by Principal Stevens." All this without a single lie. After this little maneuver, we would slap high fives and brag on ourselves to ourselves. "We could talk our way out of a Chinese prison," he once claimed.

We were unlike class-cutters in another way. Most kids that cut class would go out back and smoke cigarettes or something more illegal. We weren’t interested in that. We would cut class and have religious discussions. He—being a Jehovah’s witness—had vastly different views about Jesus and salvation. Our debates were friendly,  but we were both trying to evangelize the other. It was out of mutual friendship and compassion that we cut class and debated.

"I'm obeying what the Bible tells me to do, aren't I? Why don't you think I'm saved?" He'd say calmly, and he had a point. He was incredibly focused on obedience. He was devoted to the point of being ostracized by his peers, and yet he didn't give in. He was more bold about his faith than I was. If works could save someone, I suspect he'd be the first in line. He was a better representative of his religion than I was of mine, and yet I dared to tell him he wasn't saved. Honestly, I felt conflicted about it. I wasn't sure why he wouldn't be saved, other than my church leaders had told me Jehovah's Witnesses are wrong.

"But God’s salvation is—" and so it went. On and on and on. We continued these kinds of conversations throughout the year. We liked hanging out, but we couldn't do it outside of school because we were both so committed to our faith and our churches, respectively. The best way to get more friend time would be for one of us to be converted. However, no matter how hard we tried, neither of us budged an inch.

It was around this time I finally acquired my own bedroom, though I should say it was actually a converted entry hall and dining room. Privacy was a new commodity that I wasn't sure what to do with. The first night after bedtime, I shined a flashlight around the room to see what would happen. No police sirens or military helicopters swooped in. I would try something a little more daring the next night. It didn't take long before I became a stone-cold rebel. I could do whatever I wanted after bedtime as long it was in my room. My rebellion led me out of my bed each night. I would lay on the floor in front of the little orange night light, open my Bible, and read by the dim glow. Mwa hahaha. My parents never even knew about this dubious miscarriage of bedtime justice. I was reading my Bible after bedtime! They were clueless.

Initially, I was studying my Bible to debate Michael, but the habit stuck. Really, I was excited to be reading my Bible on my own. For some reason, it just fit me. I didn't just read the easy stuff either; I tackled the biggies. I went through Leviticus right there under the night light. Romans and Hebrews were next. I was taking big gulps. It was exhilarating. I loved it.

I noticed something about the Bible. I didn't know how to make sense of what I noticed. My pastor and Sunday school teacher had told me that salvation is a free gift. However, what I saw in the Bible was a boatload of instructions and commands. Even the New Testament was packed with orders from on high.

I vaguely remember speaking this question aloud in the quiet of my dim bedroom, "If salvation is free, why are there so many commands in the Bible?" I knew what Michael would say to that, and at times I wondered if he might be right.