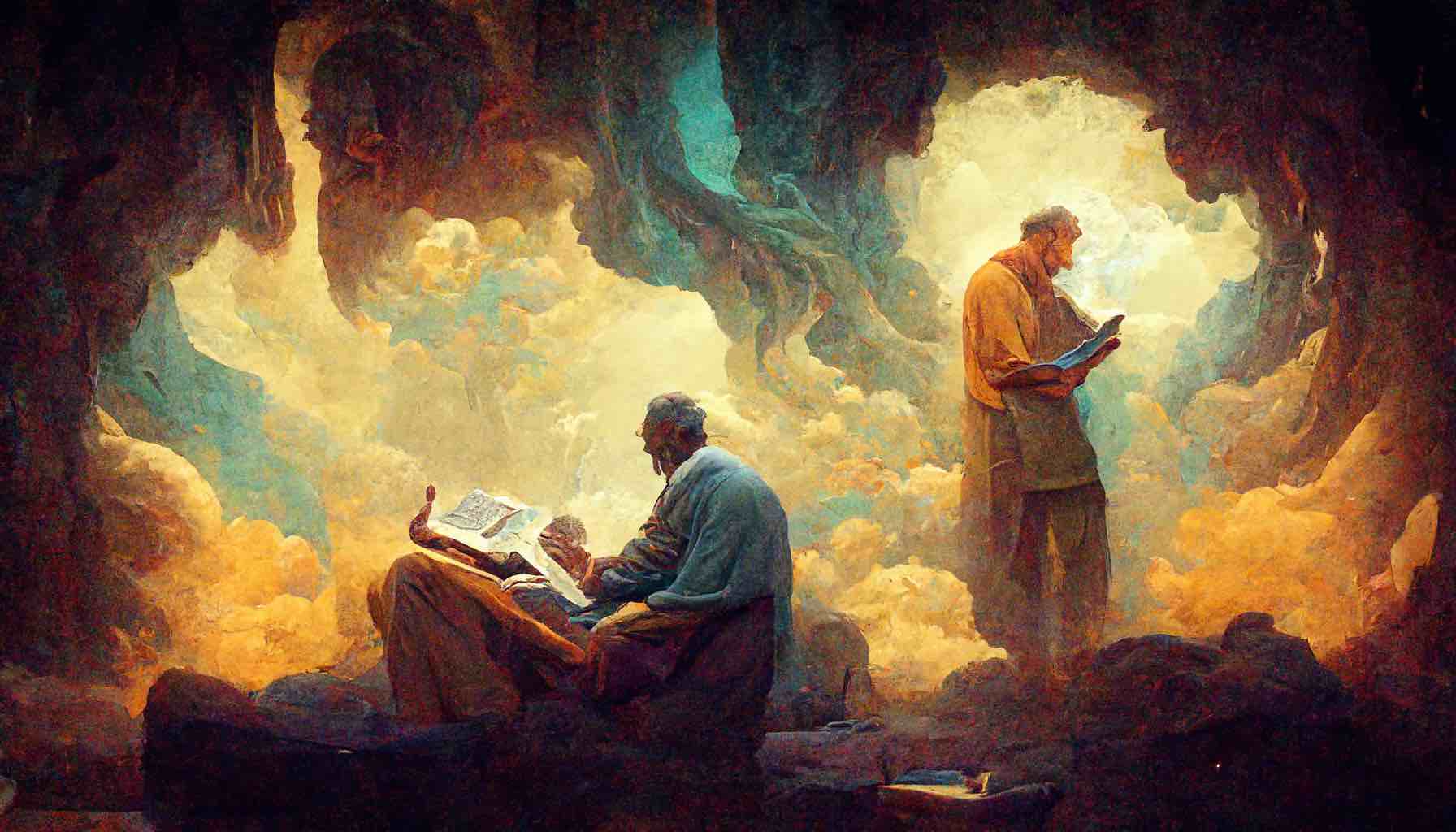 Bible Benefits According To Scientific Research

In this episode of More To The Story, Lucas Kitchen digs into some scientific research on the benefits of Bible engagement, prayer, and church attendance. You'll be encouraged by the results. He also looks at 2 Timothy 3:16-17 which predates the research by thousands of years, but agrees with its findings.

Today we’re going to talk about some scientific research concerning Bible reading, and other spiritual practices, right after this.

Do you read you’re Bible? A study conducted a few years ago suggests you should. At least four times a week is the prescribed amount suggested. Let’s see how Bible reading and study might make a difference in your life in a segment I’m calling, Bible Benefits.

I don’t know if you’ve heard this or not, but I often have heard people say Christians are the biggest hypocrites of all. They claim Jesus but there’s no difference in their lives. Some recent research from CBE challenges that statement. Here’s how.

Not long ago CBE released some research that helps us understand the effects of Bible engagement and other spiritual habits on modern people. They divided their respondents into groups according to how often they attend church, and if they pray daily, and the amount they engaged with their Bible. Bible engagement includes listening to Bible based sermons, audio versions of the Bible, or just going old school and reading it.

They wanted to see if there is any measurable difference in the lives of people who interact with Scripture and take part in these other practices. They identified a few destructive habits that could be measured. Among them were Getting drunk, non-marital sex, gambling, pornography, and destructive thoughts. In the church world we call those risk activities, sins. The research wanted to find out if any of the habits were reduced in correlation to Bible engagement, prayer, and church attendance.

I have a graph here. If you’re listening on podcast you can see the graph by going to freegrace.in/Biblebenefits all one word. but I’ll give you the run down. The graph shows that there is a consistent drop in these destructive habits for those who engage with the Bible, pray, and attend church.

On average someone who attends church at least once per month looks to be ten to fifteen percent less likely to be involved in these destructive habits over those who don’t go.

Prayer plays a role too. It seems like prayer has the greatest effect on drunkeness, non-marital sex, and especially pornography, with nearly a 20 percent decline in those sins if someone prays at least once per day.

The final column on the chart breaks down different levels of Bible engagement and the affects they have. It seems that getting drunk, non-marital sex, and pornography have the sharpest decline for those who engage with Scripture four or more times a week.

It’s really pretty incredible. I love research. This is what church leadership has been telling us for 2000 years, but now research methods make it possible to corroborate those claims.

So are Christians the biggest hypocrites. Well, it depends on what you mean by Christian. It turns out that there are many self-identified Christians in the study, but being a Christian doesn’t mean that people were automatically different. For instance, if someone engages with their Bible only one time a week or less, they are statistically indistinguishable from non-Christians in terms of sin reduction. They have the same level of those destructive habits, and sins as non-believers.

So Christians who don’t take part in Christian activities might be struggling with hypocrisy, but there’s no doubt that Christians who engage with scripture, attend church, and pray regularly are different. Regular Bible engagement correlate to less risk activities.

Now, we should note, that correlation doesn’t always mean causation. That means that sometimes in data sets we notice that two criteria are correlated. Sometimes there are false correlations. I saw some great examples of this recently.

If you chart the number of people who drowned in a pool per year next to the amount of films Nicolas Cage appeared in each year from 99’ - 09’ the graph lines look very similar. Is there a correlation between pool drownings and Nick Cage movies? Uh… maybe, I mean I could see there being… but no… probably not. I’ve included a link to a bunch of hilarious false correlations done by Tyler Vigen. You can get to that link on freegrace.in/biblebenefits  all one word.

So there you have a false correlation. However, when you have aspects that are interconnected and adjusting the amount of one affects the amount of another, we call that correlation. It’s a mutual relationship between two things. For instance, research has shown there is a correlation between poverty and property crime. That’s a provable correlation. However, is it crime that causes poverty, or is it poverty that causes crime? Or is it another factor outside these that interacts with both? It can be difficult to tell. So, that’s why we say correlation isn’t the same things as causation. Just because we recognize a correlation doesn’t mean we know exactly why it’s happening. It can be an interplay multiple factors.

WIth Bible reading I suspect that the correlation is not just affected by this habit, but by other factors. If you engage with the Bible, you’re more likely to pray. If you’re open to the Bible and prayer, then you’re more likely to find yourself fellowshipping with other’s who do the same, and those types of people often value lower levels of destructive habits and sin. It’s very hard to disentangle which of these is the “cause” if there is even a single cause.

The thing is, it might not matter. As an example, There’s a highway near my house. You can get on the high way in Dallas, or you can get on it in Hawkins, TX, or many other places, but however you get on, you’re on the highway and you’re going somewhere.

Salvation is like the ignition of your car. It’s a one time event that takes place the moment you believe in Jesus for eternal life. But after that point…

This study shows, however, that there are lots of people who have believed in Jesus, but they aren’t taking advantage of the amazing benefits of Bible engagement, prayer, and church attendance.

I had an idea of a different verse I wanted to share with you today on this topic, but once again the verse of the day that popped up on Biblegateway just fit too well. It says:

All Scripture is inspired by God and is profitable for teaching, for rebuking, for correcting, for training in righteousness, so that the man of God may be complete, equipped for every good work. 2 Timothy 3:16-17

You can get to today’s show notes, links and references mentioned in this episode, and much more by going to freegrace.in/biblebenefits

Thanks for watching, see ya later, bye.