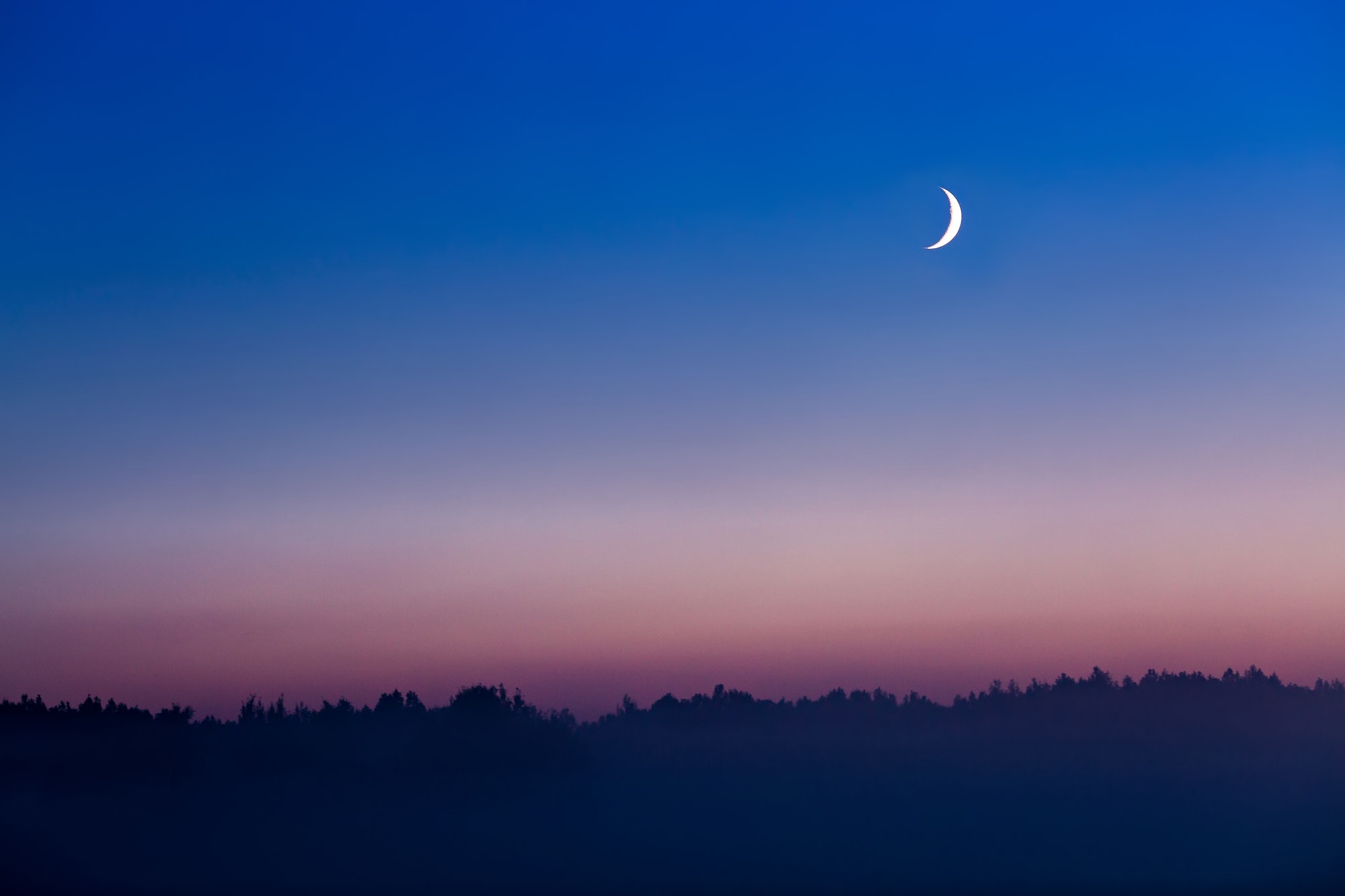 For a semester, I attended a university in Dallas. Living on campus was incredibly lonely since most of the students I met during the week were commuters. My dorm was a closet-sized room with three stinky college students crammed inside. Our bathroom was shared by six. Consequently, I spent long hours alone on the edge of campus late into the night.

I had my favorite private spots at the college. Sometimes I would carry my guitar along and play or I'd write in my pocket journal. Often I took long walks while thinking and praying. That was not because I was uber spiritual, but instead, because I was utterly desperate for companionship.

I had left the girl I had a crush on back home. I had begged the Lord to force her to fall in love with me for over a year now. God didn't seem to be getting the picture and I was getting desperate. Living two hours away from my unrequited love meant that I was a sulky sack of sorrow most of the time. I wouldn't say I was depressed but focused. The Lord heard from me often on the subject.

My desire to be a Christian celebrity had not waned either. Every week, the Christian university did a big passion-style event. Most weeks, the famous duo Shane and Shane played the worship, and a well-known speaker named David Edwards preached. I had a late dinner with David one Thursday night after hours. His stories of living on the road and speaking to thousands only fueled my desire to become a Christian celebrity.

Other nights of the week, I paced the perimeter of the campus, preferring the private stretches of pasture that the college had not yet developed. My favorite place was a little strip of land next to Sky Lake. It was hardly a lake—a small pond at best. The residence of the university's president was on the other side of the lake and was the only building anywhere nearby. Before the campus developed in that direction, there were no lamp posts or night lights. I would spend long hours down by the pond. I assumed no one ever noticed my presence since it was usually by night I visited the little body of water.

Throughout that semester, I had been keeping a journal. Though 'journal' is not the right word for it. It was more of a devotional booklet confessing my pining for the girl I had left back home. It was like my own little apocryphal book of worship to a foreign female god though I didn't see it that way at the time.

After months on campus, I was feeling that old wound; I was a victim of God's indecisiveness. He had not given me fame, a girlfriend, or a plan. I rose from the top bunk and slipped outside. It was some time after midnight and I needed a walk. I marched toward my favorite old spot in my untied combat boots and plaid pajama pants. I was tired of waiting and I needed to show the Lord how serious I was about getting my prayers answered.

"Are you even listening to me?" I whispered against the breeze as I headed to my destination by the pond. The sky was moonless and the faint twinkle peeked through the glow of city lights. I was confident that everyone was in bed and had imagined that I was the only one awake on campus. I plopped down in the field west of the lake which needed to be mowed. Looking up at the sky, I begged God once again to give me what I wanted. I'm sure I used more eloquent words to hide my nefarious desires, but in retrospect, I was like the squeaky kid asking for a Ferrari when I didn't even have a driver's license.

I thought back to the previous year. I had spent hours praying naked in the safety of my parent's house. What little effect it had on my life. A spark of ingenuity brightened my mind. At first, I had only prayed naked in short bursts. Then when I realized that hadn't worked, I tried praying all night. Was it possible that I still hadn't mastered the craft of beseeching in the buff?

I glanced across the lake at the president's residence, certainly the distance would be enough to hide my shadowy presence. The late hour made it unlikely he was awake. Maybe he wasn’t even home. To the north, about a quarter of a mile, there was a campus guard station that was supposed to have security personnel at all times. I wasn't concerned about it either; I had stolen to this patch of pasture by the dark of night. About thirty yards to the west was a road. I surmised that even if traffic were to pass, they would not be able to see what I was about to do in the unlit field.

Even at the thought of what I planned, my heart began to race. I glanced down at my untied combat boots. Am I really going to do this, I thought. “Yes,” came a whisper that hardly seemed to be my own. I pushed one off with the toe of my other boot. It thumped on the ground like the sound of a ball and chain. It was like liquefied liberation pumping in my veins.

Glancing around me once more, I removed my shoes, then my shirt. I was committed now. With one final definitive removal, I found myself in a field completely naked. My breath was now rising to match the speed of my pounding heart. I spun over, knelt in the prickly grass, and began to pray.

One author has written that we need to be radical for the Lord. I don't know if this is what he meant, but this was the most radical thing I could bring myself to do. I prayed with fervor under heaven and the stars as divested of cover as anyone has ever been. I was searching for emotion, passion, intensity. I got all of that suspended naked in that glorious moment, though I also got something else. I got noticed. That was not surprising since the night was no longer moonless.

On the road, only twenty yards to the west, a car was driving slowly, too slowly. Don’t panic, I thought. They’re just taking a midnight cruise. I watched as the vehicle, a large SUV, slowed. As it passed under a streetlamp in the distance, I recognized the dreaded black and white design. It was a police cruiser, and it was coming my way. Ok, maybe it’s time to panic. I grabbed my clothes, not sure what to do. If I ran, I'd have to do it like a super bowl streaker. If I took the time to put them back on, I might get caught.

I eyeballed the police car as it slowed and pulled into the shoulder. Maybe he’s just setting up a speed trap, I thought. I tried to convince myself that his untimely stop had nothing to do with me. However, that theory was dashed to pieces when a massive spotlight clicked on.

"Lord, help me!" I said in a whisper. It was probably the most sincere prayer I've ever prayed. See praying naked does work!  I don't know if the Lord helped me or not, but if He did, His help came in the form of speed and dexterity. I could not stand up as the spotlight was scanning overhead. The grass was just tall enough to conceal me if I remained in a prone position. I rolled over to my back in the prickly hay, thrust my naked pelvis in the air, and yanked my underwear up. I then took up a fetal position and reached for my shoes. They went on easy. The scratch of the grass reminded me that I would need to put my pants on, but they wouldn't fit over my boots. Reversing the order, I got my pants and shirt back on and returned to my shoes last in order.

With all the rustling in the grass, I'm surprised that the officer didn't find me. I stayed low until the threat was gone. To this day I don't know who called the cops, Maybe I was wrong about being undetected, and the president could see me from across the lake.

I can imagine the scene. The president gets out of bed to get a midnight snack. He glances out the kitchen window as he has a glass of milk. In the half-lit glow of the sky, he views a lewd moon in the distance across  the lake. It's a college campus, so he knows what it means.

Ring, ring, ring. “Police department, how can I help you?”

“Hello, officer. It looks like a couple of college kids are having a roll in the hay down by the lake. Do you mind breaking it up?”

I was having a roll in the hay alright, but wouldn’t the officer be quite befuddled to find that I was doing it all by myself?

When the threat of arrest finally passed, I snuck back to my dorm room, thankful not to be in handcuffs. Sometime after that, there was a campus curfew and new shoes, shirts, and pants dress code announced. I'm sure there was no relationship to the anonymous naked prayer warrior.

Realizing that I nearly got arrested for indecent exposure offered me surprising clarity. I began to see that I had gone in a strange and illegal direction with my spirituality. After that night, I never prayed naked again.

The influences that had driven me to that spot in the pasture were challenging to untangle. I had spent years hearing teachers and preachers bellowing about zeal, passion, sacrifice, and living out a radical Christian life. What could be more radical than praying naked below the college president's back window? Though it was the ambiguity of those instructions that led me to this nudist notion in the middle of nowhere.

It was like following a stranger's directions down an unknown road for hours only to discover that it is a dead-end. After turning around and making the arduous trip back, it leaves one ever skeptical of any direction giving stranger.