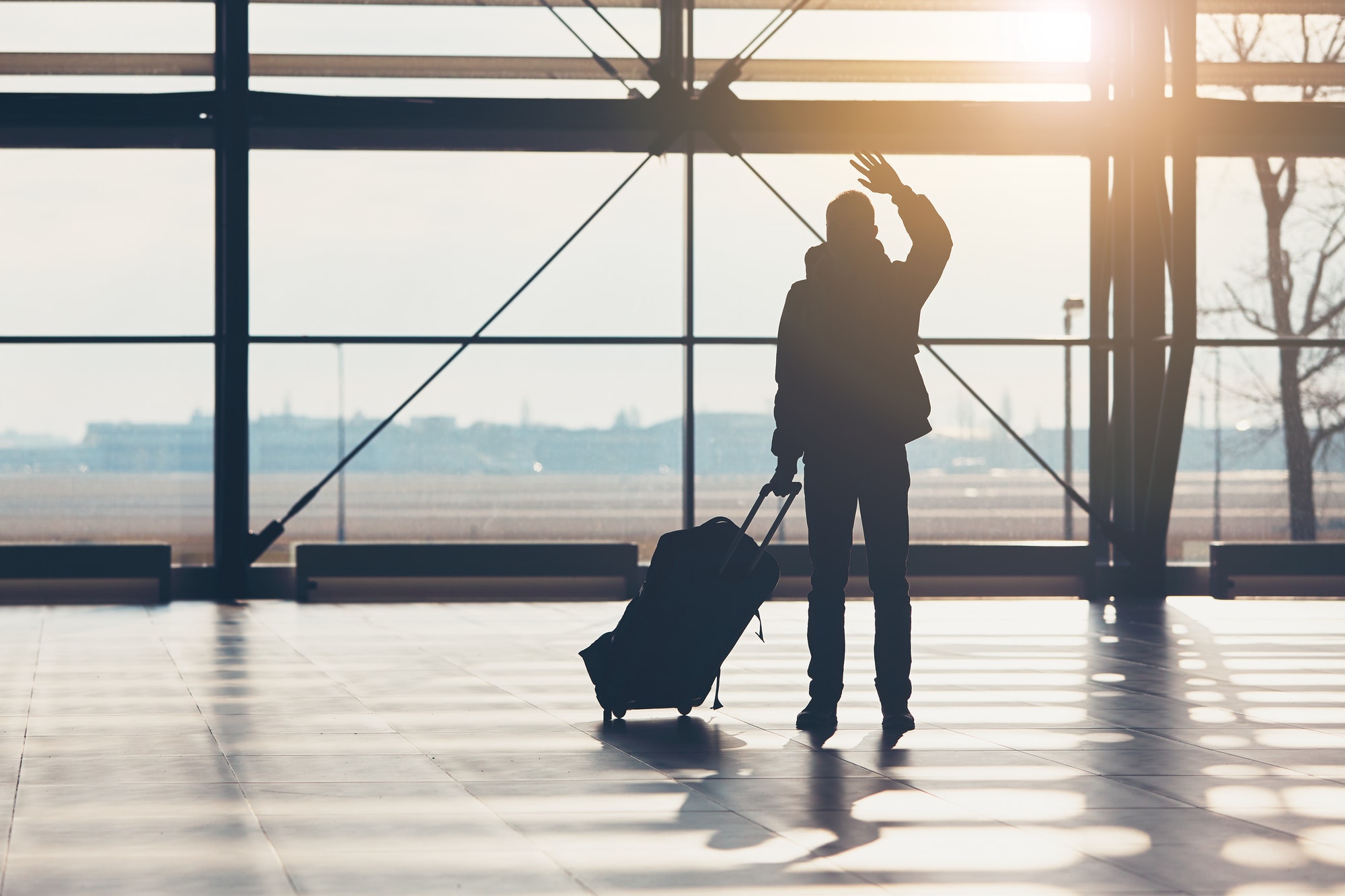 The first day of shooting on our movie, which we clumsily called Cookie, just so happened to coincide with the first day of Kristah's internship. The free labor arrived at a perfect time, considering that I needed a film crew. No doubt, it's not what she had expected to be doing for the first day of her college credit co-op, but she worked as our boom mic operator, set dresser, script supervisor, and prop master. She seemed happy to do any seemingly strange task our low budget movie required. She even played the role of a Kung Fu bodyguard in the film.

Both her older brother and sister were theater teachers who directed stage plays for a living. She had often aided them and even played parts in stage plays as early as twelve years old. Her parents were involved in Children's ministry, so she grew up traveling to churches and doing puppets every week. She was no stranger to playing funny characters, creating media, and working on productions of various kinds. She was at home on set and capable of anything I threw at her.

Tom's girlfriend was there as well since she was the other principal actor in the film. The four of us hit it off as if we'd been long-time friends. There was an addictive mixture of accomplishment and fun as we shot what we hoped would be the best movie ever made. The movie would take me another year to complete. I ask you, no, I beg you not to watch it. You can still find it in some dark corner of the internet, but it's not worth the search. I'll tell you why.

There are a few fundamental rules of movie-making, which I didn't know at the time. Some examples include, the main character needs to have a clearly defined goal, and there needs to be an antagonist with an opposing goal. Another rule is, don't foreshadow what you won't fulfill. However, the most essential rule in filmmaking is, never ever let your protagonist murder a dog on purpose. No audience anywhere will continue to root for a canine killer. Ironically, your character can blow holes in human bodies with a shotgun for two hours straight, and people will call it a high-quality action film, but have him shoot one dog, and it is absolute garbage. In fact, if you want your audience to hate a character, all you have to do is have them kill a puppy. The smaller and cuter the puppy is, the more the audience will detest the loathsome perpetrator. Somehow, I missed these rules and consequently broke all of them in my film. No animals were hurt in the actual filming, but the popularity of the movie was pulverized.

Fortunately for Kristah, the entirety of the internship was not consumed by movie-making. When we weren't shooting, Kristah would come to my house for a few hours twice a week. We would talk about business, brainstorm on design and video projects, and discuss how to run the financial books for a freelance design business. She helped me with a few of my commercial video shoots.

She was a bit of an enigma to me. I couldn't calculate why she would want to spend such hours with me. I liked to imagine, as we talked about the bland variety of business-related topics, that we were both holding back a torrent of fiery passion. One sideways glance would begin a crack in the professional veneer, I pretended. It would send us crashing together like two star crossed lovers. It was only a fictional fantasy that I kept hidden from view. If there was any affection on her part, it was not on display. That meant, almost certainly, that she was not interested in my fond regard, but only my professional experience.

As the month was drawing nigh its unwelcomed end, we were scheduled to have one last session. We met in town for the final day of the internship. She rode with her cousin, also a college student at the time. We met up at a sandwich shop with the official goal of a final debriefing. It was meant to be a casual walk-through of the things she had learned. I was supposed to give her a formal critique of her work. We didn't do any of that. She and her cousin were like a jukebox of jokes. They had a half dozen character voices that they performed with each other as they recited funny lines they had accumulated over the last year of living together. They kept me laughing the entire time.

By the time we finished lunch, it was raining like an East Asian Monsoon. Great sheets of water were pounding the parking lot outside. The rain on the roof was the thunderous applause that signaled the curtain was closing on our too few scenes together. The three of us stood at the window, calculating how drenched we would be by the time we each could unlock and enter our respective vehicles. Kristah had ridden with her cousin and was preparing for the inevitable saturation. Seeing as we hadn't done anything in any official capacity, I offered up an option.

"I can give you a ride back to the college. We could do our debrief on the way," I said, trying not to sound needy. With a quick and seemingly knowing glance to her cousin, Kristah agreed. What did that look mean?

We got drenched, getting to my car. I turned the engine on to run the heater.

"You'll be appalled at how slow I drive in the rain. I seem to wreck a car every time there's bad weather, so I drive like my grandpa's great-grandma," I said, trying to warm my hands in front of the heater vent.

"It's ok; I don't have any more classes this afternoon."

"Oh, really?" I said, pouring hopefulness into the void that the possibility of an empty schedule created. "Good, because when I said slow, I mean that I leave the car parked until the rain stops." She laughed as she reached toward the vent.

We sat in the front seats for over an hour with the car running and the rain pounded the windshield. The conversation wove through the shadowy enigmas of our childhood memories and the sunny anticipation of the road ahead. The talk unearthed much of what we shared, a  starry-eyed wonder at God's love for people, an excitement for life's impossible challenges, and an endless passion for the art and beauty that revealed itself in the mundane moments of life. The relative excitement of a rainy-day chat with a beautiful woman in a confined space amplified the realization that the following day would mark the end of the internship. I would enjoy my time with her as long as it lasted.

"You know what we should do?" she nearly sang out after an hour's conversation in the car. "We should celebrate this incredibly, stupendously, phenomenally successful internship!" I had just been lamenting what a pitiful internship experience I had offered. The other students had trained under grandmasters of advertising industry. She was stuck with me, a self-made ding dong shooting a nonsense movie in his one-room apartment near the woods.

"Well, the celebration should fit the level of success. So maybe we could split a saltine cracker and a half cup of water," I said. Despite the dreary deluge, sunshine was beaming inside the now warm cabin of my car. That was not least in part because she was offering a much-desired extension of our time together.

"It's cheap night at the cheap theater. They're still showing Twilight."  I could have gasped aloud. Going to a movie, especially a romantic drama, would definitely blur the lines between professional demeanor and romantic affection. I probably stuttered as I responded.

“That’d b-b-be great!” I said as she smiled back. “I guess we should check movie times,” I began to say when she offered them up from memory.

“This will be my twelfth time to see it, and I’m still excited.” I finally put my car in drive and crept slowly across town in the rain.

It wasn't called the cheap theater for no reason. Movies Nine had been the main attraction in town around the late seventies before it fell into disrepair. It was revitalized in the early nineties, but by the time we walked through the door, it was nearing its long-expected end.

The screen was torn about three-quarters of its height. The ripples from the fabric's scar made Edward and Bella's faces contort in funny ways. There was rainwater leaking; no leaking isn't the right word. There was rainwater cascading through the roof and splattering onto the soaked seats a row ahead of us. Apparently, the fifty-cent movie tickets weren't enough to pay for the heater to turn on because it was like watching a movie from inside an Icee machine.

The entire experience was charming in a way that words can't capture. We quoted along with Edward and Bella as their iconic lines were reproduced through crackling and blown speakers. Even though I was pretty sure this wasn't a date it was the best one I ever had.