The Virtue Of Doubt 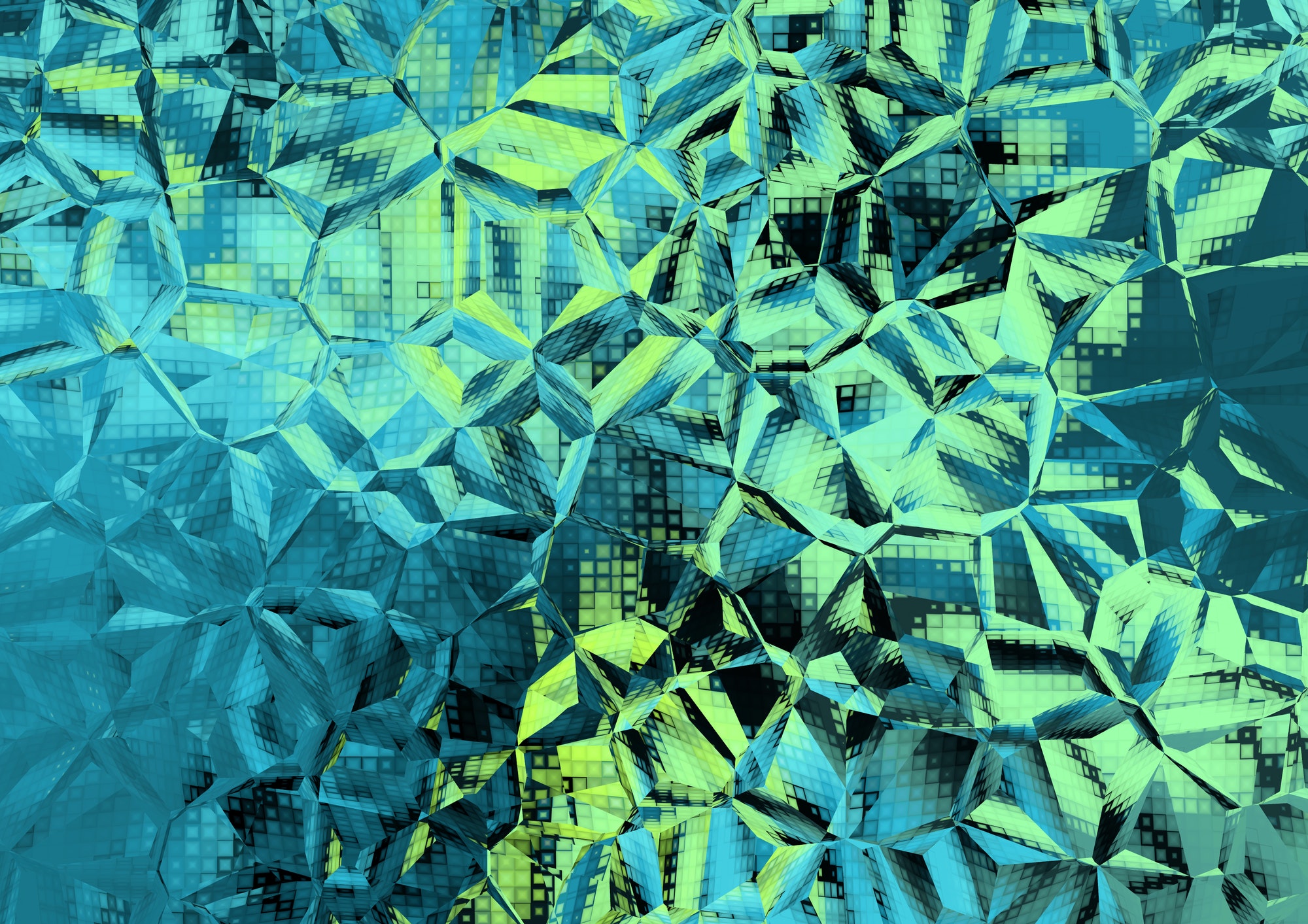 Is Doubt Humble?
The Error of Uncertainty

Is it just me, or do people seem proud of their doubts about Jesus? It’s considered a sign of humility, and the only reasonable stance towards religious claims. As noted TV personality and “apatheist” (i.e., apathetic atheist), Bill Maher said,

“The only appropriate attitude for man to have about the big questions is not the arrogant certitude that is the hallmark of religion, but doubt. Doubt is humble.”1

Many Christians feel the same way, even pastors! They teach it’s normal to constantly doubt God and His Word.

“Faith is like yogurt,” one pastor explained. “Doubts are the berries on top. They need to be mixed in with the yogurt. If you were missing the berries in your meal, your faith would be incomplete. You could still eat it, but it would miss the flavor it was meant to have.”2

Or here’s Philip Yancey, “Where there is certainty there is no room for faith.”3

Is faith meant to be mixed with doubt? Was that really God’s plan?

Are you supposed to doubt that Jesus died on the cross, that He was the propitiation for your sin, that He loves you, and that He wants you to believe in Him for everlasting life? That God doesn’t want you to be sure of any of those things?

Is that what you believe?

Are you sure about that?

If you think that assurance is arrogant, and doubting Jesus is a sign of healthy humility, then the reason why you lack assurance may be because you don’t actually want it!

If that describes you, then I want to show you that doubt, far from being God’s will for you, is a debilitating sin.

Think back to Adam and Eve. Why did they go wrong? We all know they ate the forbidden fruit and humanity fell. But what led to that fateful decision?

It all began with doubt.

When God created Adam and Eve, He abundantly provided for all their needs. They could reach out and grab whatever food they wanted. They had everything they needed

But God had one, simple, modest, rule:

“You are free to eat from any tree of the garden, but you must not eat from the tree of the knowledge of good and evil, for on the day you eat from it, you will certainly die” (Genesis 2:16-17, HCSB).

God’s command was as clear as the noonday sun. “See that fruit over there? On that tree? You see it? Don’t eat it.”

They could even eat from the tree of life (Genesis 2:9)!

In other words, God wasn’t holding any good thing back from them. They just had to stay away from that one tree.

What could be simpler?

And yet the serpent managed to deceive them. But how?

It all started with doubt.

The Serpent approached Eve and asked, “Did God really say, ‘You can’t eat from any tree in the garden’?” (Genesis 3:1, HCSB, emphasis added).

Notice what the serpent did there.

He tried to plant seeds of doubt in Eve’s mind. “Did God really say…?” The serpent wanted Eve to question God’s command. And to do that, the serpent deliberately misquoted God. God didn’t say, “You can’t eat from any tree.” He said, “Don’t eat from that tree.”

So Eve corrected the serpent. “We may eat the fruit from the trees in the garden. But about the fruit of the tree in the middle of the garden, God said, ‘You must not eat it or touch it, or you will die” (Genesis 3:2, HCSB).

Then the serpent tried a different tactic. He directly contradicted God’s Word. “No! You will not die,” he brazenly lied (Genesis 3:4, HCSB). He went on to call God’s character into question. “In fact, God knows that when you eat it your eyes will be opened and you will be like God, knowing good and evil” (Genesis 3:4-5, HCSB).

The serpent wanted Eve to believe that God was selfishly keeping back something good from her.

And how did Eve respond?

She looked at the fruit, saw it was good to eat, believed the serpent and took a bite.

How Did the Serpent Win?

How did the serpent get Adam and Eve to disobey God?

He couldn’t force them to. Sin is a moral action, a choice of the will to disobey God’s Law. It begins in the heart (Genesis 6:5; Proverbs 6:18; Matthew 15:19; Romans 1:28). Moral actions require free choices. If, say, the serpent had physically forced Eve to pick, chew, and swallow the fruit, she would not have sinned, because it was not her action.

The serpent did not have the power to cause Eve to do anything. He only had the power to influence her. Satan can try to sell you his wares, but he can’t force you to buy. That’s your choice. All Satan can do is influence you to choose his way. And the way to influence a moral being is through his mind.

God’s command implies a choice: you can either obey or disobey. If you didn’t have a choice, the command would be pointless. And if the choice was actually God’s to make—not Eve’s, and not yours—then God would be responsible for all the evil in the world, which is blasphemous.

Eve was free to choose whether to obey or disobey. Sadly, she chose wrongly.

Doubt led to her devastation.

I don’t understand why some Evangelicals consider doubting God a virtue, or why they make it an aspect of humility. As Martin Luther reminds us,

What else are we doing by our unbelief or doubt than charging God with a lie when He gives His promise and confirms it with an oath? We are defying Him to His face, as it were, and we are saying: Lord God, You are lying.4

Doubt is a vice. It makes God out to be a liar— or at least, considers the possibility that He might be a liar.

Doubting God isn’t humble, but prideful. It means disagreeing with God. The Lord tells you something and you disagree, so you doubt Him. That isn’t humility, but very same kind of pride that led to the Fall.

God does not want you to doubt.

Or, as James taught us about prayer, “let him ask in faith, with no doubting, for he who doubts is like a wave of the sea driven and tossed by the wind” (James 1:6).

Does it seem to you that Jesus and James had a positive view of doubt?

However, don’t get comfortable with doubt.

Don’t think God wants you to doubt Him, as if that somehow pleases Him, or makes life better.

Doubt happens. But that’s not the same as saying it’s God’s will for you.

In fact, instead of becoming comfortable with doubt, realize it often leads you to become estranged from God, just as it did with Adam and Eve.

And above all, don’t doubt Jesus’ promise of everlasting life!

J. Wilbur Chapman told the story of meeting with D. L. Moody in Chicago. “Mr. Moody,” he began, “I am not sure whether I am a Christian or not.”

Moody turned to John 5:24: “Verily, verily, I say unto you, he that heareth my word, and believeth on Him that sent me, hath everlasting life, and shall not come into condemnation: but is passed from death unto life.”

“Do you believe it?” Moody asked.

“Well, are you a Christian?” Moody asked.

“Sometimes I think I am, and sometimes I am afraid I am not.”

Moody told him to read the verse again, and said, “Do you believe it?”

“Do you receive Him?”

As Chapman was about to express his doubts again, Moody turned on him with his eyes flashing and said, “See here, whom are you doubting?”

Then Chapman saw it. He lacked assurance—not because assurance was something other than faith—but because he was doubting Jesus’ promise.5

If you lack assurance because you doubt Jesus’ promise of eternal life, I would urge you to reconsider Whom you are doubting.