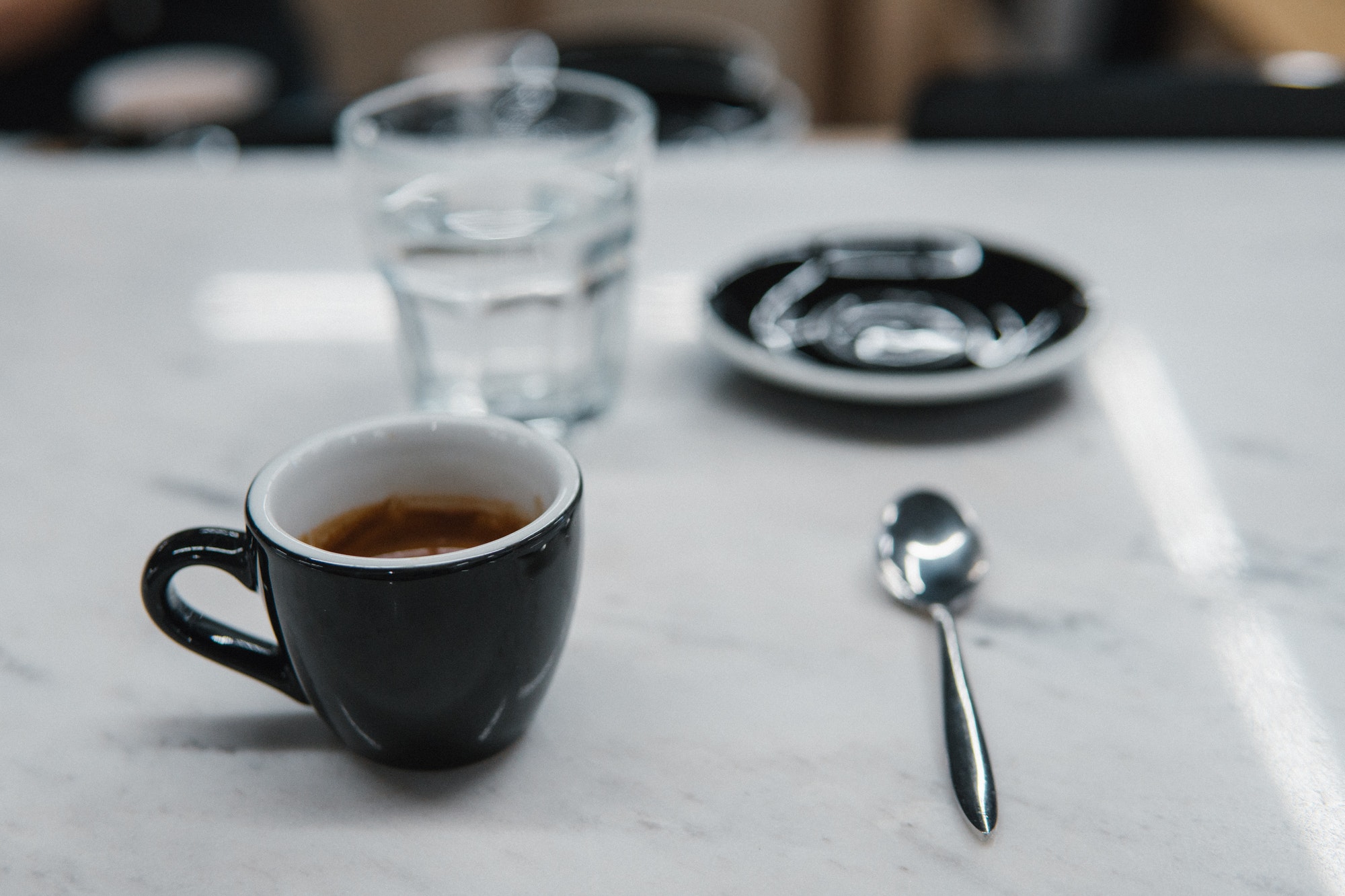 Amber usually didn't drink coffee at night, but she didn't tell Benjamin that. They had been hanging out for the last few weeks after meeting in a math class at their college. She had become increasingly comfortable with him as time had passed, and now considered him one of her best friends.

The sun was already down, but the coffee shop on the corner was still hopping. After ordering, they sat and began sharing stories and laughing. Amber felt like she could open up to Benjamin, and she could tell he felt the same way. After about an hour, they had run through a string of interesting topics when a news story came up. The conversation turned to a recent headline about an evangelical pastor in their town.

Amber had been wanting to talk to Benjamin about her faith for some time, and she saw this as her opportunity. After they had discussed the news story she poised to ask him a question. Her heart jumped a little as she spoke, wondering to herself why it was so difficult to say the name of Jesus in public.
"I don't know that I've ever asked you, do you believe in Jesus?" she said, trying to keep her voice calm. Her shyness usually got the best of her, so she was proud to have opened the topic. Benjamin looked at the ceiling for a brief second considering her question.

"Well, I believe in God," he said. His tone implied a request for clarification so she explained.

"I mean, have you believed in Jesus for eternal life?"

"Oh. Well, my parents took me to church growing up. I was in the youth group but I stopped going when I was a sophomore in high school. I just didn't see the point, I realized that everyone was such a hypocrite," Benjamin said. This was one of the reasons that she liked him. He was honest and to the point. It occurred to her, however, that he had not actually answered her question.

"So, did you believe in Jesus for eternal life while you went to church?"

"Sheesh," Benjamin laughed. "Is it getting hot in here? I feel like a witch in Salem."

"Oh sorry. I didn't mean to be pushy." She laughed trying to ease the tension. She searched his face to see if he was upset or simply being humorous. He took a sip of his coffee but then eased her mind.

"I'm just kidding. It's fine. I don't mind talking about this stuff." He took another sip before he continued. "So I guess I probably did believe back then, but I don't know about eternal life. I haven't really been living for God or anything. I haven't been back to church in a long time."

"Can I show you something?" Amber asked. Benjamin seemed happy to be out of the hot seat. He nodded his head and waited. She pulled out her phone and clicked the screen a few times. Within seconds she had what she was looking for. She handed her phone to Benjamin who scanned the screen.
"Yeah I've heard it. It's like the one verse I know."

"Oh good, so you already know about John 3:16," She said. "So from the verse, what do you have if you believe in Jesus?" She asked.

He looked back at the verse and read over it aloud. "God loved the world so much that he gave his one and only son, that whoever believes in him will not perish but have everlasting life." He thought about her question for a brief second.

She hoped she was not being too pedantic. She didn't want to insult his intelligence, but in her mind this was one of the most important things she could talk with him about. Finally he looked up and said.

"Yep. That's right. She thought about the time that her father had asked her the same questions years ago. Trying to mimic his tone she continued, "And how long does everlasting life last?" She asked but then added. "I know it seems like a silly question, but I have a point. I promise."

He played along and answered, "Lasts forever, I guess."

"Yep." She leaned in and pointed to one of the words a few verses down the screen. "Notice in verse thirty-six that it says, 'those who believe have everlasting life.' It doesn't say, will have someday, or might have if you behave."

"Seems pretty clear." he said, apparently not quite seeing her point.
"So, you have everlasting life if you believe in Jesus, right." She waited for him to nod his head. "So what would happen if you murdered someone a year from now, and then died in a car crash the same day?"

"Wow. You make my future sound so bright," he said as he laughed and leaned back in his chair. He thought about the question. "Well, I guess I wouldn't get into heaven if I was a murderer."

"So then, if you died and couldn't get into heaven did you have everlasting life?" she said.

"Well, I guess I would have had it for a while, but then lost it."

"So then how long did it last?" She asked.

"If I became a murderer a year after I believed, I guess it lasted a year." It sounded more like a question than an answer.

"Ok, but you said a second ago, that everlasting life lasts forever, but now you're saying it might last only a year. Which is it?" She let the the statement soak in. She had his attention now.

"So I guess hypothetically, if I became a murderer I never had everlasting life in the first place," he said. He was eager to hear her response. The conversation had moved beyond being uncomfortable and had engaged them both.

"Look at the verse again." She pointed to her phone that he was still holding. She repeated a previous question. "What do you have if you believe?"

He didn't look at the text this time, but said it mechanically, "everlasting life."

"And how long does everlasting life last?" She asked.

Rather than answer her question, he thought it through. She could tell he saw the logical inconsistency. He stroked his chin as he scanned over the verse one more time, trying to think of another conclusion. She gave some further explanation.

"It isn't everlasting life, if it doesn't last forever, and the verse says that those who believe in Jesus have it. That means it starts the moment you believe and never ends."

He considered her words for a long minute before he spoke. "So, are you saying that if I believe in Jesus, I have everlasting life no matter what?"

"Nope," she said, letting the surprise sink in. "I'm not saying that, Jesus is."

Benjamin looked back at the verse for another long moment before he reached out and handed her phone back. She wasn't sure where the conversation should go from here, but it seemed like a good time to just let him think.

"So if everlasting life is really free, couldn't a believer just go and do whatever they want? I mean why not steal and murder if you're going to be saved regardless?"

"That's a great question. I think it's one that a lot of people misunderstand. The reason that Christians want to live like Christ is-" she was cut off by a voice from behind the coffee counter. They turned to see the manager.

"Hey folks, it's closing time," the manager said kindly. Benjamin and Amber looked at each other and smiled.