DNA proves Bible Wrong About Canaanites… or Did It? 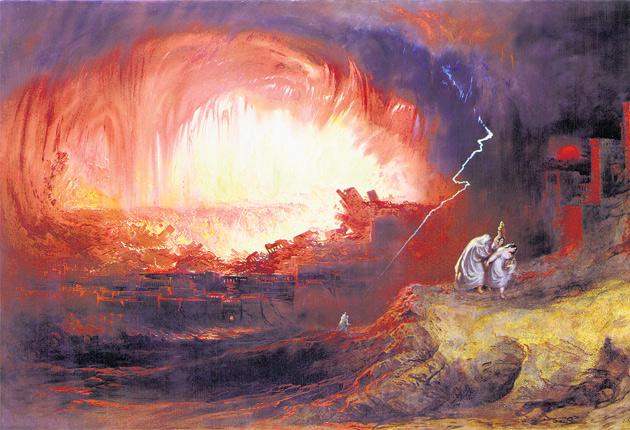 If you haven’t seen them yet, you will. A new rash of articles have hit the web claiming that a new DNA study has disproven what the Bible says about the fate of the Canaanites. But did it really? Nope. Here’s the scoop.

The study took DNA samples from five ancient corpses in the region of Lebanon, (ancient Sidon – a major Canaanite city-state) and compared it to modern day Lebanese. There is nearly a 90% match. The authors of these online articles are using this to make the claim that the Canaanites were not totally annihilated as the Bible said, therefore the Bible was wrong.

“I will send My fear before you, I will cause confusion among all the people to whom you come, and will make all your enemies turn their backs to you.  And I will send hornets before you, which shall drive out the Hivite, the Canaanite, and the Hittite from before you.”

God explained that he would drive out the people of Canaan. Notice that the verses don’t tell the Israelites to pursue the Canaanites to foreign lands as they run, but instead to focus on those who are in “the land you are entering to possess.” So if there were Canaanites who had already fled due to God’s efforts to drive them out, Israel was not to be concerned with them.
However, against whatever Canaanites remained Israel was to wage a total war of annihilation. To a large extent they did wage that war, but it was confined to the land that they possessed. They couldn’t annihilate Canaanites in lands they didn’t control.
Leviticus 18 says that the land “vomited out the nation that was before you.”
So God explains it by saying, the land vomited the Canaanites out. So once again this is an image of migration. Therefore, the peoples that the Israelites faced were those who refused to leave, but it is reasonable to think that many people were displaced and became refugees in other surrounding regions. That is always the result of war.
Notice what else Deuteronomy 7 says, “The Lord your God will drive out those nations before you, little by little. You will not be allowed to eliminate them all at once,”
If the Canaanites were allowed to leave the region, and the Israelites were only conquering them little by little, you can imagine that there would be a mass migration over many years. Since Sidon was never conquered by Israel, it would be one obvious place for refugees of lower Canaan to congregate.
Sidon was part of Canaan but not Israel.
Sidon was part of the original land of Canaan but was controlled by the Phoenicians throughout the conquest and pre-exile life of Israel. Israel was never able to wrestle power from the Phoenicians of this region. Therefore, there were Canaanites who lived there… obviously. Since Israel didn’t conquer Sidon, and Sidon was a Canaanite city-state, it makes total sense that there would be Canaanites there that were never annihilated by Israel. This is really the crux of the confusion. Most people don’t understand where the borders of ancient Israel stopped. Israel didn’t cover all of Canaan. To claim that the Bible says all Canaanites were annihilated even in lands that Israel never controlled is an attempt to make the Bible say something that it never said.
To add to this, the land stopped being called Canaan around the end of the Bronze Age and took on new regional titles. Israel dominated much of the area, so it wasn’t correct to call it Canaan anymore. The use of the word Canaanite fell out of use around the end of the Bronze Age. Although they began to be called something else, the people in the surrounding regions were the same people previously known as the Canaanites.
Even though God commanded Total annihilation doesn’t mean they obeyed.
In Deuteronomy 20 God says,
But of the cities of these peoples which the Lord your God gives you as an inheritance, you shall let nothing that breathes remain alive, but you shall utterly destroy them… just as the Lord your God has commanded you, lest they teach you to do according to all their abominations which they have done for their gods, and you sin against the Lord your God.
So The Israelites were supposed to follow God’s commandment of total annihilation against those who hadn’t left when God was driving them out… but was it possible for them to disobey the commandment? Yep, in fact, they did disobey. God told Israel what would happen if they disobeyed, and later books tell us that is exactly what happened.
Notice that these verses are prescriptive but not descriptive. They prescribe annihilation, but they don’t describe what actually happened because they were written before the events took place.
All of the verses that these articles quote are actually of God making the command, but none quote the verse that says all the Canaanites were completely annihilated… because the verse doesn’t exist. However, we have lots of verses that tell us Israeli disobeyed God’s commands. Like the Time King Saul was supposed to annihilate the Amalekites, but he didn’t and got in big trouble.

Judges 1 tells us that there were still a lot of Canaanites who lived in the land. Israel had flat out disobeyed God’s command to wipe them out. Then in Judges 3 it gives us this very clear statement that

ISRAEL DID NOT WIPE OUT THE CANAANITES

THE BIBLE SAYS THAT THE CANAANITES WERE NOT ANNIHILATED.

There are no verses in the Bible that say the Canaanites were ever completely wiped out. Israel had a pretty poor track record with obeying God. They disobeyed God on that one.
So,
(1) the Bible doesn’t say that Canaanites who became refugees in other nations must be killed only those in the land possessed by Israel.
(2) Sidon had Canaanites who were never conquered by Israel, so continuity is no surprise.
(2) the Bible doesn’t say all the Canaanites in the land were killed only that God commanded it.
So what ever happened to the Canaanites who weren’t killed. An article in the Times Of Israel put it pretty well, “The Canaanites weren’t annihilated, they just ‘moved’ to Lebanon.” Although many were killed in the conquest of Israel, likely many had already migrated to Sidon and other locations. The area eventually became known as Phoenicia and is called Lebanon today. Israel never conquered Sidon, nor Phoenicia. It would have been an obvious place for the Canaanites of the lower Levant to flee.
So the fact that modern Lebanese are descended from Canaanites need not alarm anyone who believes the Bible’s account since that fits well with the Bible narrative.
This is a great example of click bait. The title of these articles could have as easily been,
The people who currently live in Lebanon are descendants of people who lived there in ancient times…
Because that’s basically what the study found, and it’s hardly surprising. But it isn’t a very catchy title, is it?