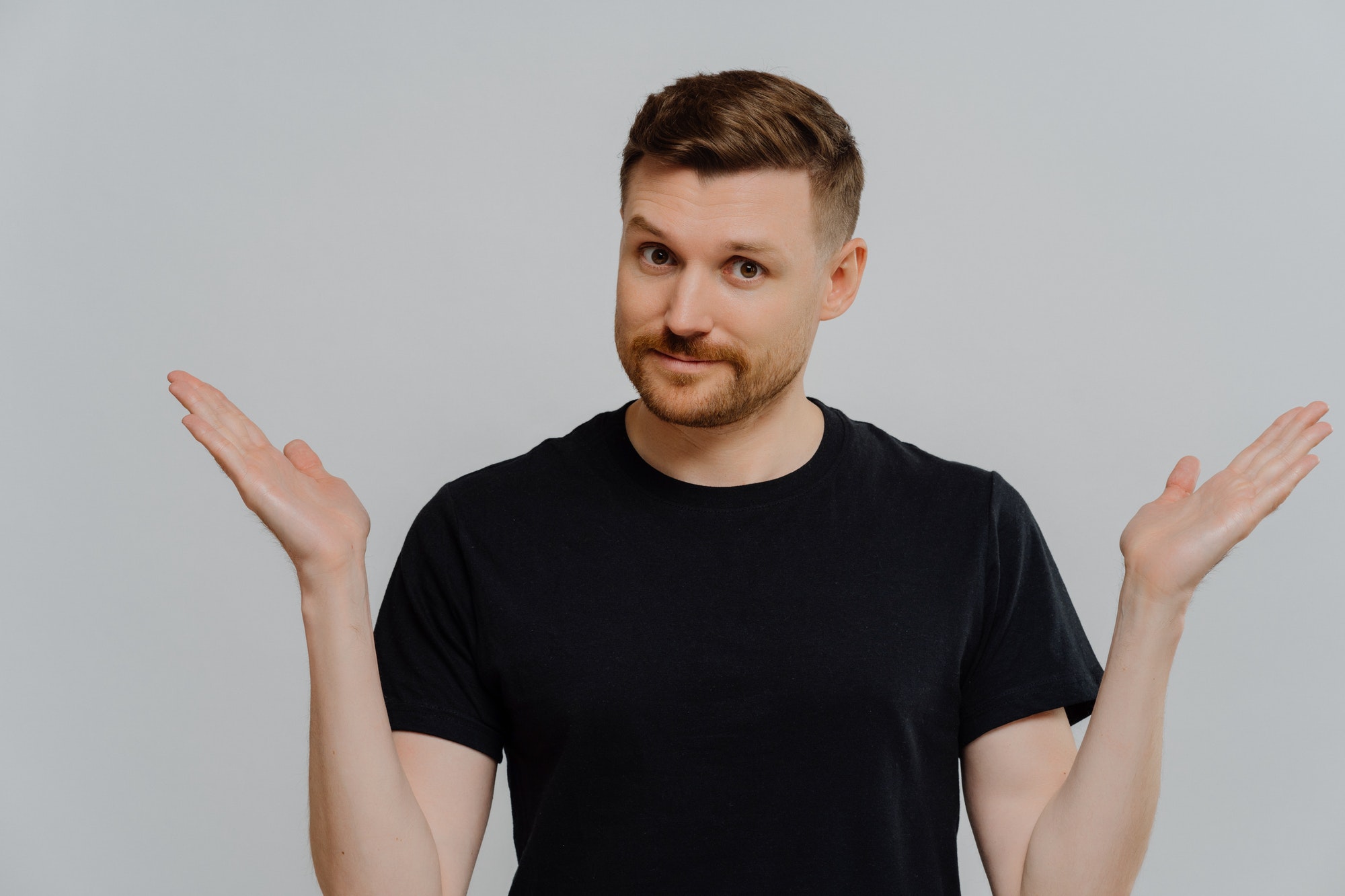 I took a chemistry class at the community college in my town the year after I graduated high school. I quickly learned that 8:00 am classes were nearly impossible to attend. After a semester of sleepy lectures and a lack luster attendance record, the teacher gave the assignment that would stand as our final exam grade. Since it was a Chemistry class and we had been studying the chemical compounds that make up gun powder, the exam was simple. We were to make one or more fireworks, meet at the school's police academy firing range, and blow them up. The year was 2001, and the 9/11 attacks had not happened yet, so the administration wasn't concerned that the chemistry teacher was teaching his students to make bombs. I loved the idea and was excited to get started. Unfortunately, my sleep schedule prevented me from attending the final exam. That's a nice way of saying, I overslept on exam day.

When I realized what I had done I could have eaten a shoe. I was concerned about it until I found out the teacher gave me an A on the exam I had missed. Had I sleep walked? Had I forgotten I attended? Nope. I had been given a grade despite being absent. I only found out later that on the day of the exam, my brother went to the fireworks stand, bought a boat load of explosives, and attended my final exam in my place. I'd like to say it was out of concern for my academic well-being, but the truth was that he had a friend in the class who invited him. He never missed a opportunity to  blow stuff up, especially when it was legal. Apparently, the teacher got confused since we look somewhat alike, and gave me a grade for his appearance.  I should have protested but by the time I found out the grades had already been turned in, and the teacher was fine letting it stand.

Being absent for important life events is something that I have in common with Thomas. In this chapter, we will discover the result of his absence at one of the most important events in history.

The deconstruction and reassembly of what is known of Thomas would not be complete without the most famous of his appearances in the Gospel of John. The narrative picks up once more in chapter 20. The chapter opens with the rise of Jesus from the Dead. Then Mary Magdalene sees the risen Lord. After this, Jesus appears to the disciples. It does not reveal until verse 24 that Thomas was absent for Christ's appearance to the disciples. It is valuable to see what Thomas missed at this monumental appearing.

Then, the same day at evening, being the first day of the week, when the doors were shut where the disciples were assembled, for fear of the Jews, Jesus came and stood in the midst, and said to them, “Peace be with you.” When He had said this, He showed them His hands and His side. Then the disciples were glad when they saw the Lord.

The scope of all that is meant by this encounter is beyond the scope of this book, but it should be noted that Thomas was left out of this incredible exchange. There is another account of this encounter in Luke chapter 24. It gives details that will become important as we contrast the ten disciples’ response to the response of Thomas. Note that Thomas was absent for this scene.

When He had said this, He showed them His hands and His feet. But while they still did not believe for joy, and marveled, He said to them, “Have you any food here?” So they gave Him a piece of a broiled fish and some honeycomb. And He took it and ate in their presence.⁠2

Scripture reveals that when the disciples were told that Jesus rose they did not believe it. Even⁠3 after Jesus appeared in their midst and they investigated his hands and his side they still did not believe. Jesus had to offer them another proof; he ate some fish and honeycomb. This provides a valuable reference point to which Thomas’ approaching doubt may be compared. Once again, the name doubting Thomas seems unfairly ascribed since these ten disciples actually required more evidence than Thomas will before they could believe. As will be seen in the next section, Thomas’ skepticism is satisfied at a lesser burden of proof than the other disciples required.

Now Thomas, called the Twin, one of the twelve, was not with them when Jesus came.⁠4

The fact that he is called twin was likely an identifier for the original reading audience. Both these names have the same signification, a twin; Thomas being Aramaic, and Didymus being Greek.⁠5 It is unknown why Thomas was absent for this occasion. Some commentators have speculated that Thomas had not yet returned from the dispersion that had previously taken place at Christ’s arrest and crucifixion.⁠6 Others have suggested that Thomas was an introvert who preferred to creep away to be alone in his grief.⁠7 We don’t know. The narrative continues:

The other disciples therefore said to him, “We have seen the Lord.”⁠8

Not having experienced the post-crucifixion appearance of Christ as they had, they relay the events. There is evidence in the next verse that they said much more than is recorded in this brief statement since Thomas will require some part of the same body of evidence that they received. We can make strong speculation on what the other apostles told Thomas. As the story builds, his ability to believe it may have waned.

They would likely have mentioned who first saw the empty tomb, a group of women. They would have explained the presence of the moved stone and a bright angel at the grave. They would have told Thomas that Jesus appeared and disappeared from the women as they made their way back into town. They would have probably told him they didn’t believe it when they heard the news. At this point Peter would probably have interjected that he went to the tomb to see if it really was empty, and it was. Maybe Matthew would chime in telling him a few more people arrived saying they saw Jesus as they walked on the road that lead to Emmaus. They had lunch and a nice talk with him then he vanished.  Maybe Nathaniel would add that when they heard about the Emmas appearing they still didn’t believe it. Possibly John might speak up to tell Thomas that  while the ten of them were all together, Jesus appeared in the room without walking in. One second he wasn’t there the next he was. Maybe Philip chimed in to tell Thomas that they thought he was a ghost, but they touched his wounds, had some dinner with him, and finally believed that he had risen. I can imagine Thomas’ look as he listened to all of this incredible story. Some would likely be convinced, but was Thomas?

It’s reasonable to assume that the disciples would have told Thomas all of this and more since it is what they had experienced. At what follows many have called Thomas' faith into question, but in his words it is judicious to remember how the other ten disciples reacted when faced with the risen Lord. The contrast of which shows Thomas to be of a similar mental constitution as they. When the disciples first heard the news about Jesus resurrection Mark plainly tells us:

And when they heard that He was alive and had been seen by her, they did not believe.⁠9

Now when Thomas hears their news, his response is not so different. When he hears it how could we blame him for saying what he does.

Thomas reminds me of my friend Josh. Josh is an electrical engineer at a large chemical factory not far from my house. If something went wrong with the plant, loads of people could get hurt or even killed. From time to time I can hear sirens being tested at the chemical factory. The horns always make me think of Josh and what he is doing over there. That’s because it’s part of Josh’s job to question everything. For the sake of safety, he is supposed to scrutinize every wire, junction, and capacitor. He must check and double check the work he and his colleagues do. If he isn’t critical of how things are done, an arc flash could ignite a tank of flammable liquid and leave the city a crater. On an engineering team, you want people that question and investigate everything thoroughly. That’s what Josh does, and in his own sphere of influence that was what Thomas did.

Although he could easily just trust what his friends had said, it’s not the scientific way. He needs to perform the tests for himself and see if he can replicate the findings. He needs to see the raw data and run the numbers.  It seems that Thomas is interested in being as scientific as possible. I like to believe that Thomas would make a pretty good engineer. In the next section we will find out why this is not only good, but essential.