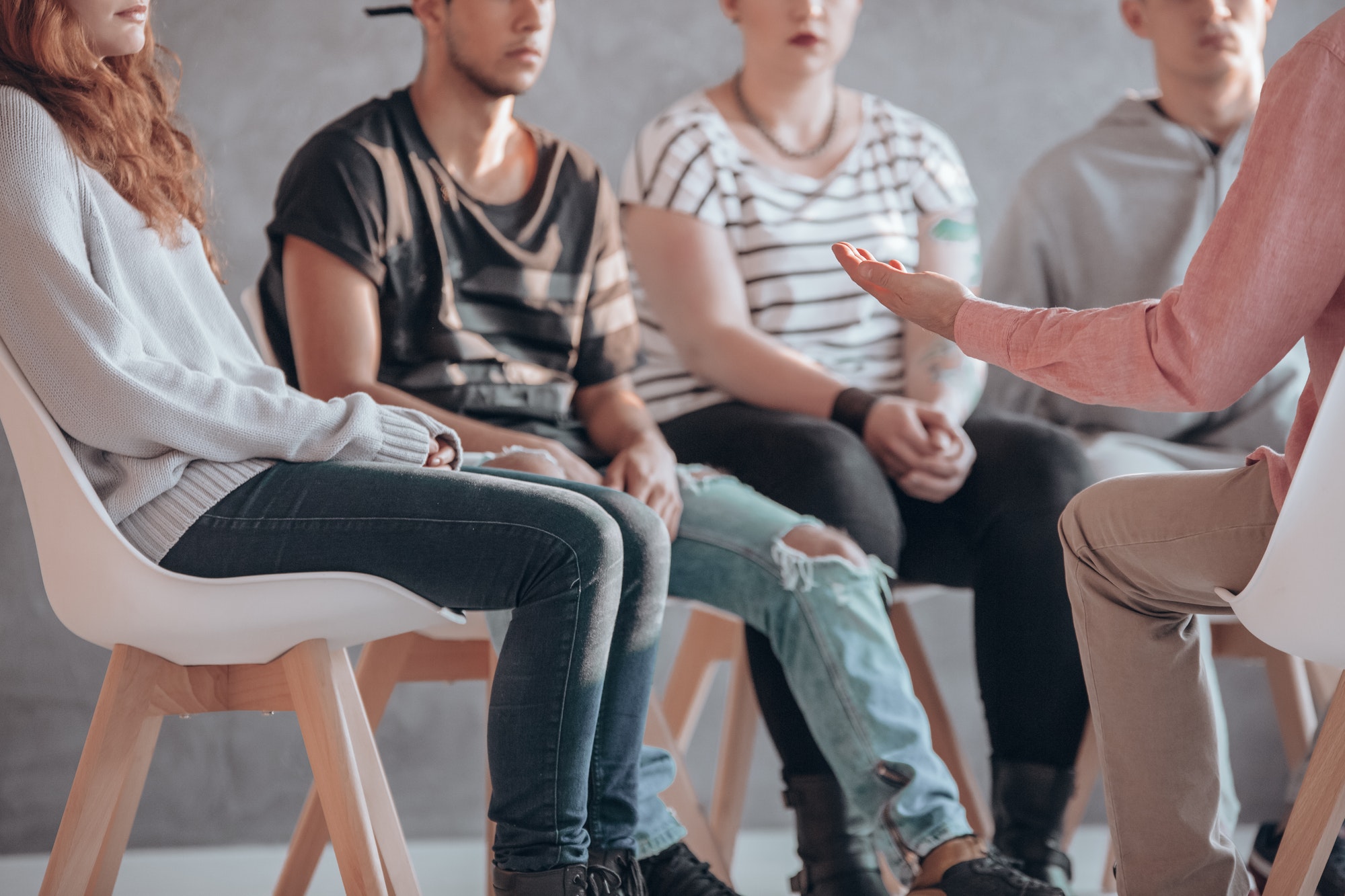 It was just going to be a small get together and at first, that's all it was. I had invited Stephanie, James, Jeff, and a few others. We met in my parent's garage where our band practiced. Amidst the ragged drum kit and second-hand electric guitars, we read a little bit of Ephesians together. I gave a few ideas that stood out to me from the verses. That was it. You couldn't really call it a Bible study, though those who came seemed happy enough. They hung around for an hour or so afterward.

The next week, we had to round up more chairs. The gathering had more than doubled. High school kids are like planets—they have gravity. The more mass you put together, the more others will be attracted. At the second garage meet-up, I was a little more prepared. I had emptied my Dad's ink-jet printing handouts I had designed in Microsoft Word. In the years that followed, I rarely remember being nervous when speaking to a group, but I recall nerves as I prepped that day.

I grew up in a Bible church, which meant we studied scripture verse-by-verse. Thus, we picked up right where we left off in Ephesians. How strange it felt to have a room full of my friends, listen to what I had to say concerning the Bible. The eclectic group was a surprise. There were people there who I didn't even know identified as Christians. There were also those who I was pretty sure were unbelievers. My scattered thoughts and disjointed words were not much of a lesson, but my peers were attentive. This time I left a little space for discussion at the end. I was surprised by how many different perspectives filled the room.

By the third week, we were packed. No one complained because teens are always looking for excuses to sit close to the opposite sex; bonus if the seating arrangements forced us to squeeze in tight and maybe even touch. Mom and Dad pretty much left us alone when we were in the garage. It was our little haven. Most of the time, we were rockin' out with our 140-decibel band practices. So when something of a quieter nature was happening in our hangout, they didn't pay much attention. They were vaguely aware that I was leading a Bible study but had not even ventured a glance to see how many were attending. Mom and Dad assumed it might be five or six, until one night, as they put it, an eruption of laughter exploded from the direction of the garage. It apparently sounded like a hoard of teens had mysteriously materialized in the attached wing of the house. Dad, in his surprise, crept to the garage window to steal a sneak peek. He was astonished to find what he estimated to be dozens of kids sitting and listening, sometimes laughing at my humorous delivery.

Though he considered all this unexpected, it didn't seem all that odd to me. I was doing it because it meshed a few of the things I loved best. I enjoyed reading my Bible, making my friends laugh, and showing off my drums. So a garage Bible study was the best way to merge my interests.

The group requested that we abandon the verse-by-verse approach and study topics meaningful to high school students. I begrudgingly complied, knowing this would mean more work for me.  Over the semester, there were several topics that we covered. We hit the usuals, purity in dating, defending the faith, being bold for God at school—all the subjects familiar to any youth age believer. There was one subject I avoided, though. I never once shared 'the gospel' with the group. I avoided talking about the fundamentals of salvation. I never explained what was required to have eternal life. I avoided it because even then, I was confused. I understood that it had to do with faith in Christ, but I also had become convinced that good works are the proof that one has faith. I could foresee a range of questions on this topic that I didn't know how to answer, so I dodged entirely.