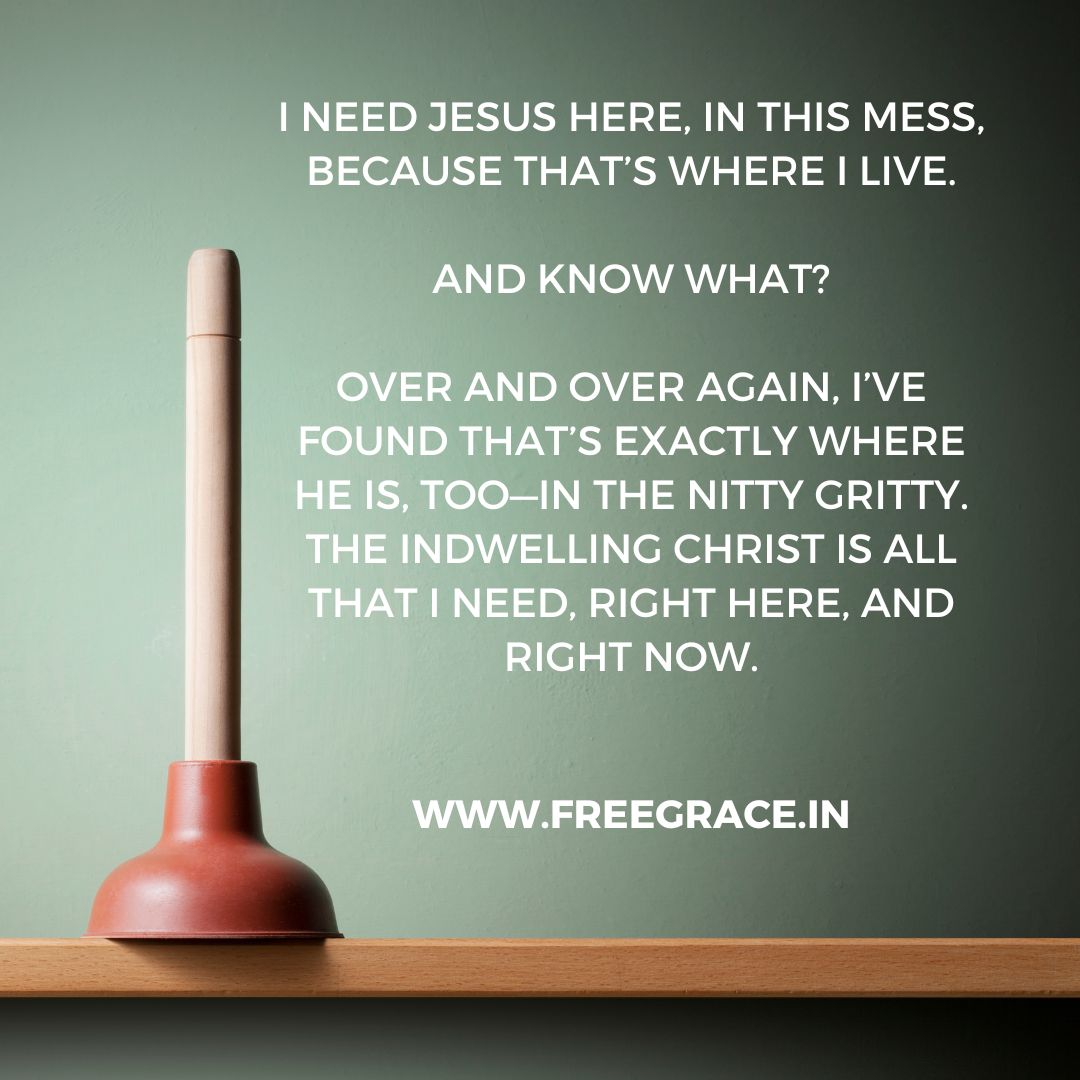 My day hadn’t started off well.

Just before Christmas, I caught what Texans call “the crud.” It’s something that’s worse than a cold but not quite as bad as the flu. I had been coughing and headachy and had feverish dreams all night long. Aren’t fever dreams the weirdest? That night I dreamt I was locked inside a public pool surrounded by hundreds of children's shoes. I didn’t know which ones belonged to my kids and was hurriedly sorting through them. Meanwhile, angry parents were banging on the other side of the glass doors.

It was strange, and a relief to finally wake up! Except I still had a cough and a headache.

I went about my morning routine and noticed my eyebrows were getting a little too wizard-like. I got out my trimmer. Unfortunately, I must have put it on the wrong setting because I accidentally gave my left eyebrow a buzz cut. It was still there. I hadn't shaved it completely off. But it wasn’t normal. What should I do now? I was faced with the tricky decision of whether to also shave my right brow too short or hide from society and wait for it to grow out? I decided to leave it.

At that point, I really needed my devotional time and sat down with John Hunter’s Limiting God. I read an inspiring passage about our victory in Christ. I really needed some of that. Hunter made the point that Jesus not only wins the victory, but He has won it. In fact, He is the victory. He was pointing to what Paul told the Corinthians:

In context, that verse is about victory over death. But Hunter was making a larger case for Christ being our victory.

How does knowing that Christ is your victory change your perspective? Hunter gave the example of counseling a young man on what to do when temptation comes. Instead of fighting for victory, Hunter told him to thank Jesus for the victory already won: “Every time the enemy swept in to the attack, Jim was to say with conscious deliberation, ‘Thank you, Lord, Jesus, You are my victory” (p. 30). Apparently, that made all the difference.

According to Hunter, knowing that Christ is your victory is essential to Christian living. You limit God if you don’t walk in faith in the indwelling power and presence of Christ:

“If you would only relate your problem to the victorious Christ; if you would take all that He is for all that you need, you could move into a present-tense experience of the peace of God that passes all understanding. Quit the fight and claim the victory” (John Hunter, Limiting God, p. 32).

That was a good reminder. “Write a blog about that,” I thought as I put the book down. Despite the cough, headache, and missing eyebrow, I was feeling very spiritual.

Then the kids started hollering: “The toilet! The toilet!”

“The toilet is clogged!”

I thought I fixed it.

You see, yesterday, my son clogged the toilet. No, not in that way. Somehow, he got hold of a metal ball—one of those wire metal balls that athletic moms use to mix up their protein shakes. I don’t know why he had it or was throwing it around the bathroom, but it ended up in the toilet. Splash! But then, instead of picking it out of the bowl or asking for help, he thought, “Let’s see if this will flush.” So he pushed the handle and down the ball went. Only, as the next child discovered, it hadn’t gone down all the way.

I tried all my tricks. Well, both of them. First, I tried plunging. That helped a little. Then I tried using a snake. The water cleared and the toilet flushed. Problem solved!

Or so I thought.

Now here we were on the next day faced with the same problem.

I get stressed out by plumbing issues. My one good eyebrow wrinkled as I started an angry conversation in my head. Why did Zane flush a metal ball down a toilet? What eight-year-old does that? Aren’t we passed that stage? He should know better!

I could already see the plumber's bill. Every time I’ve called a plumber, I’ve never paid less than $500 to fix whatever needed to be fixed. What would I do? Zane had some Christmas money. I know! As punishment, I’ll make him pay the plumber. That won’t cover it, but it would teach him a good lesson. Yeah, it would…

I was getting hot under the collar. I could have nurtured that anger...and then I remembered what Hunter said about victory in Christ. “If you would only relate your problem to the victorious Christ…” Relate my problem? Even plumbing problems?

I started talking to Jesus. I don’t know about you, but my prayers are more like back-and-forth inner conversations—

“Really, Lord? I’m supposed to thank you for being the victory over this clogged toilet???”

“But how are you going to help with this?”

Are you really going to take Zane’s Christmas money to pay for the plumber?

“Well, probably not. But how is he going to learn…?”

So, what do you need?

Or better yet, peace. Where do you get that?

“Sigh. Thank you, Lord, Jesus. You are my victory.”

(By the way, I don’t try to imagine a conversation with Jesus, and neither am I claiming to have one. I’m just sharing what my thought process is like.)

I took a deep breath and tried plunging, and snaking, and praying over that clogged toilet. Nothing worked. “Grrr…” I started getting angry again but stopped myself and recalled what Hunter wrote. Sigh. “Thank you, Lord Jesus, You are my victory.”

Then I remembered something. I had a drain-cleaning cable. If I still had it, it was buried somewhere in my garage. I went digging and finally found it covered in cobwebs. I dusted it off, pushed the cable down the toilet, attached it to my drill, stepped a fair distance away, and let her spin. Water splashed everywhere, but not thirty seconds later, that stupid mixer ball worked its way up the cable!

I pushed down the toilet handle with a prayer, “Lord Jesus, you are my victory.” The water went down. It was fixed! No need for a plumber! No need to spend $500! I was so relieved (no pun intended).

I can’t speak for other people, but I need Jesus in the nitty gritty moments of my life. Frankly, that's mostly what my life consists of. I don’t live in the clouds. I live among mounds of laundry, cough medicine, clogged toilets, missing eyebrows, crumbling fences, work deadlines, messy minivans, hurting neighbors, family drama, canceled plane tickets, and bills, bills, bills.

I need Jesus here, in this mess, because that’s where I live.

Over and over again, I’ve found that’s exactly where He is, too—in the nitty gritty.

The indwelling Christ is all that I need, right here, and right now.

“Thank you, Lord, Jesus, You are my victory.”