An Episode of The FGI Podcast

"I'm going to church. Do you want to come?" Aunt Loola says over the phone early Sunday morning. You're beginning to expect calls and visits before the sun is up, but you're a little nervous about her invitation.

“I want you to hear what Preacher has to say. He told me he was going to tell a gardening story.”

Not long after this conversation, you find yourself sitting in a wooden pew. You're one of only a handful of members of the local congregation present. A woman with a large hair-do manages to play a piano song that features the most out-of-tune section of the keyboard. She's followed by a man in a suit who walks confidently to the front of the room.

“Why does he have so many names?" you whisper.

He takes his place behind the oversized wooden pulpit and begins to speak.

“There once was a man who planted a vineyard. After many months be began to see that his fruit vines were not producing any fruit. Thorns, rocks, weeds, and dry ground surrounded the poor fruit shoots. It seemed hopeless. He began to panic, but he refused to give up. He was determined, committed, insistent on making that vine grow fruit. He said, ‘I’ll just have to try harder’

“He had an idea. To get the vines healthy, they needed some exercise. Each morning he would limber them up by stretching them back and forth. He would then take each sprig, shoot, and shaft and force them through an exercise routine. Not only did the vines need his help to do the exercises, they still refused to produce fruit. ‘I’ll just have to try harder.’

“He had an idea. 'Exercise is better with music.'He started using music in the morning sessions, but not just any music. He only allowed gardening songs to play over the vineyard's loudspeaker. 'Sing along now,' he said to the vines. Even with the music and the forced movement, the plants were stubborn. They refused to grow fruit. 'I'll have to try harder,' he said.

“He had an idea. 'These vines need knowledge. They need to see what they are supposed to do.' Adding to the routine, the vinedresser laid out articles from gardening magazines in front of the vines. 'Study these, every day, and you'll become good vines.' No matter how much he tried, the vines were stubborn. 'I'll have to try harder,' he said.

"He had an idea. 'These vines need some motivation,' he said. A little fear is enough to get them to produce. To the morning routine, the man added a mantra. "Repeat after me," he said. "If I don't produce some fruit, I'll be torn up from the root." Over and over, he chanted the frightening phrase. And wouldn't you know it, those vines remained as stubborn as ever.

You continue to listen as the preacher develops his parable. Before long, your mind wanders, and you find yourself thinking of your own garden. As you allow yourself to get lost in the daydream, you're surprised to discover Aunt Loola tugging on your arm.

“You going to stay here all day?”

“What did you think of the sermon?" she asks.

“I liked it," you say as you help her to her feet. “I’m still thinking about that vineyard story.”

"Yeah, I thought that probably got your attention."

“I’m not sure if I quite understand the point,” you say as you follow Loola out of the pew and toward the back of the church. She greets some other congregants briefly as you step into the midday sun.

“You did space out,” Loola says. “He explained the meaning of the story. I guess you missed that part?”

“Oh, really.” You smile shyly as you reach for your keys. You open the door for Loola and she gets into the car. Loola is talking as soon as you get into the driver’s seat.

"The vine man could fill up all his time doing more, but if it's not what the vines need for growing, then it's just wasted time. There's a lot of folks that think they just need to try harder and do more. Trying harder don't make no difference if the more you’re trying ain’t what’s needed.”

“Ok. I guess that makes sense," you say.

“But how does a gardener figure out what is needed,” you say.

"Well, if they're smart, then they just need to ask sweet ole' Aunt Loola, and they'll be just fine," she says.

“Back home?" you ask as you pull out of the parking lot.

“No,” she says. “Haven’t you ever been to church before?”

"We're not done till the fat lady eats," Loola says with a laugh. "Since you were my visitor at church, you get to pick where we do lunch. You can pick from all of the cafeterias in town with a buffet and free refills."

“There’s only one,” you reply.

Many Christians believe that it is determination, willpower, and commitment that will force their spiritual life to grow and to eventually bear fruit. They do the try harder method; the do more approach. They pile up all kinds of tasks that seem good but don't bring about growth.

Have you ever been there? Week after week, you hear sermons that corroborate this mentality. You are bombarded by messages that tell you that you're not committed enough. You hear preachers and friends that make you feel as if your determination is too weak. You begin to repeat the refrain to yourself, believing that you just have to give it more effort.

So you try. You try. And you try again. Each time you get more demoralized. You get more discouraged. You feel as if the entire Christian life is a series of funhouse mirrors. Every so often, you hear a powerful message from a talented speaker who encourages you to dig deeper, and you do, for a day, a week, maybe even a year. At the end of it, you always wind up in the same place. No matter how hard you try, it isn't enough. You can't make yourself grow spiritually. You keep stacking up the do-gooder habits. You keep agreeing to do more Christian tasks, but your best efforts seem about as effective as a pile of rocks.

It reminds me of that story from the gospels about Martha and Mary. Martha invited Jesus to her house. Martha's sister, Mary, was there. Instead of helping Martha host their guests, Mary just plopped down at Jesus' feet and listened to him teach. Martha, being the hospitable housekeeper, was busy doing all the stuff that a good host does. She was annoyed that sister Mary wasn't helping. So Martha tried to get Jesus to side with her. Martha asked Jesus to tell Mary to get up and help her. Jesus has this amazing response.

Jesus said, Martha, Martha, you are getting worried and upset about too many things. Only one thing is important. Mary has made the right choice, and it will never be taken away from her.⁠1Both Martha and Mary were believers. They both were considered Jesus' friends as well. Martha was busy with Christian activity. What could be more Christian than preparing a meal for Jesus and his disciples? Nonetheless, Martha fell into the trap of Christian busy work, while Mary was willing to drop some of the normal responsibilities in order to do the more important task.

The story with Martha and Mary is a reminder that Jesus isn’t trying to simply engage us in an endless parade of empty and meaningless tasks. He has a point. He has a purpose. He has an ultimate goal for your life. His goal for your life is clear and easy to understand. He wants you to have abundant life.

Are you a Martha? Do you find yourself trying to do it all? Have you been a try harder, Christian? Have you fallen into the do more trap only to discover that it doesn't do you any good? Is it possible that all of those Christian activities are actually getting in the way? Your mission is to be transformed by your new mindset, not to be constantly engaged in busy work. In the next section we’ll look at another aspect that often gets in the way of abundant life. 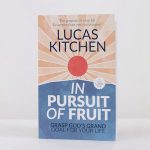 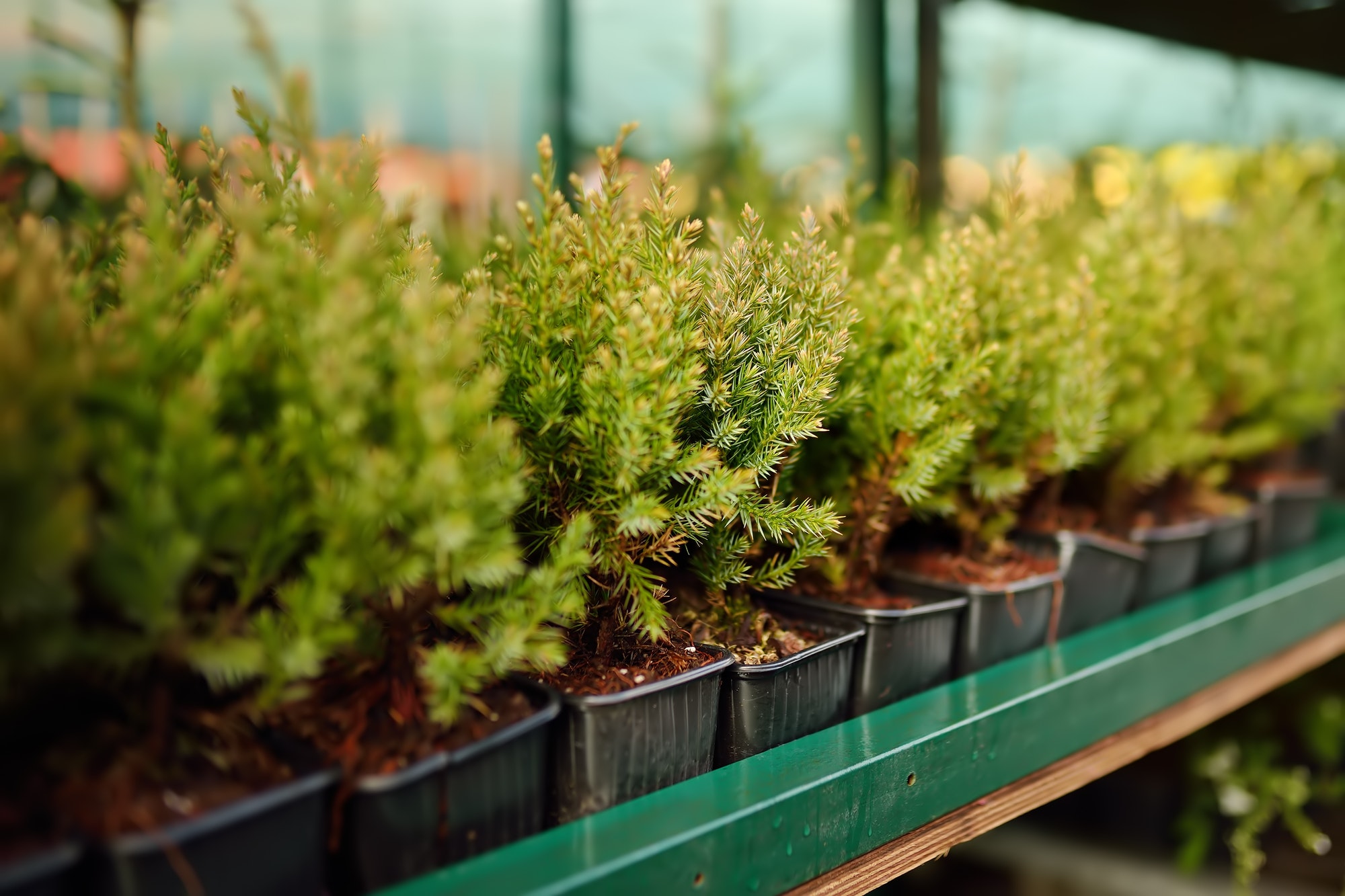