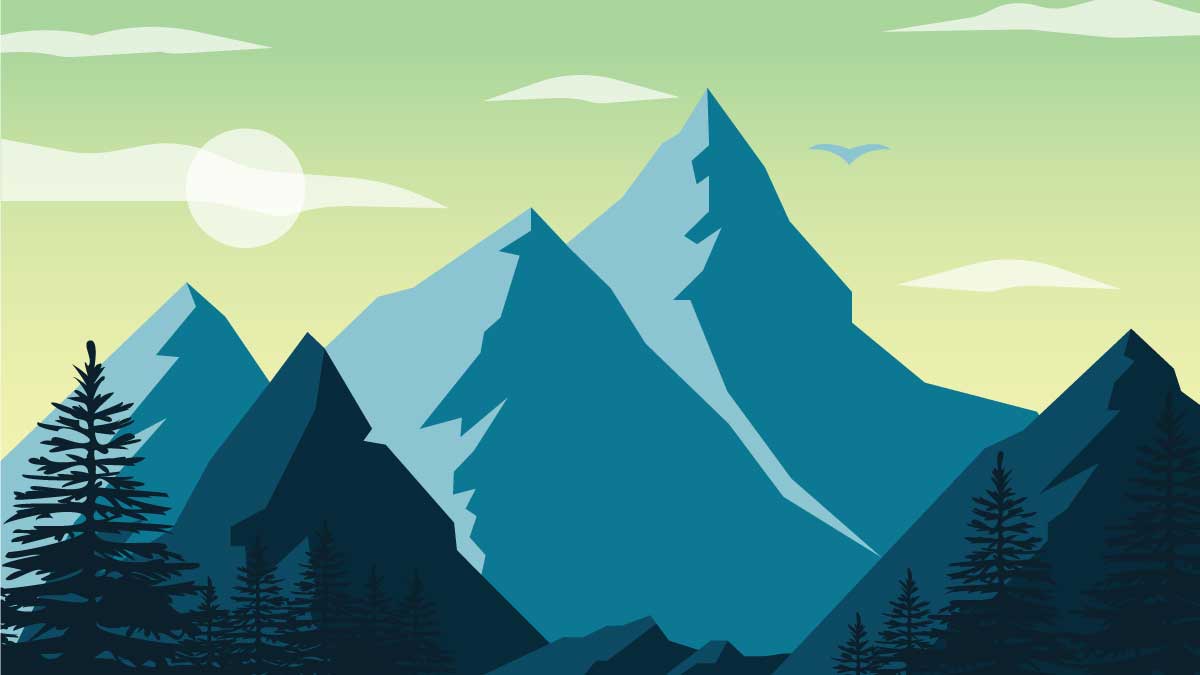 Chapter 3: Working Up The Mountain

Ellie, the little magical sprog, and her brother Eloy had been walking up the mountain for more than an hour. Wobblewog was following behind, mumbling all kinds of things they didn't understand.

"The rattle rat rests rawly on the rocking rack," Wobblewog said. By now, Eloy and Ellie were ignoring him.

"I don't think we have to climb the mountain, Sis," Eloy said.

"We've been over this a dozen times," Ellie said. "This Draconus character lives on the mountain, so that's where we have to go." Eloy had Wizard Wobblewog's note in his hand, and he had been reading it over and over.

"Actually, it doesn't say Draconus lives on the mountain," Eloy explained. He held out the note as he spoke. "It says that he lives in the land above the mountain, beyond the clouds of forever."

"Well, listen," Ellie said, raising her voice. "I've heard all the old stories and seen all the big picture books. Everyone that wants to find something important has to go on a really hard journey. Nothing is free."

"It's Free!" Wobblewog shouted. The outburst frightened them both. "It's as free as a bee in a tree. A fleas knees! It's free!" They ignored him. They continued to walk as they spoke.

"Doesn't it bother you that our Baffle dragons have stopped hurting us?" Eloy asked Ellie. "It's almost like they want us to climb this mountain. Nothing Baffle has ever wanted me to do was good." This made his sister stop and think for a minute.

Eloy didn't think that was right, but he stayed quiet as they kept walking.

They came to one high place on the mountain. Eloy thought it might be the top of the mountain, but as soon as they came to the peak, he saw several more mountain peaks ahead.

"The note said that all we have to do is believe," Eloy said. "Then we can ask for help from-"

"Eloy!" Ellie shouted. "I'm tired of hearing it! If you're so sure you're right, then fine. You try it your way, and I'll try mine. You can stay right here and believe, and ask, and do whatever you want, but I'm going to keep climbing this mountain."

"Believe!" Wobblewog shouted. "Don't deceive and grieve the nieve; we've no need to heave, weave, leave, or achieve. Just need to believe to receive!" Wobblewog was red in the face, and his eyes were as big as the moon.

"Whatever," Ellie said. She turned and continued to march up the mountain. Eloy didn't know what to do. He stood still for a long time and watched the old wizard mumbling to himself. After a while, when Ellie's footsteps grew distant, Eloy realized that he didn't want to be left alone on the mountain with weird old Wobblewog.

He was putting one foot in front of another like any little sprog knows to do when all of a sudden he reached out his leg and put it where he expected the ground to be, but the ground wasn't there. Suddenly he was tumbling through the night air. He was falling, falling, falling. He had stepped off the mountain in the dark.

As he fell, he looked up and saw Baffle on the edge of the cliff from where he fell. Baffle was laughing, as happy as he could be. Eloy looked below him, but there was nothing but darkness. Like a picture in his mind, he imagined a tremendous green dragon. The image in his head was like a dream but more real. He realized that he was seeing a vision of Draconus, the dragon, who lived in the land above the mountain, in the clouds of forever. The dream was so bright that he knew at once that it was true. He believed Draconus was real. He believed Draconus could save him. The wind was rushing by so fast as he fell that he couldn't speak. With the voice inside his head, he talked to Draconus.

"Draconus, I know that when I hit the ground, I'll be dead. After I die, will you bring me to the land above the mountain into the clouds of forever?"

"I will and more!" An enormous voice rumbled. It was such a strong call that it seemed like it could split the mountain in two.

Whoosh, whoosh, whoosh.  Giant wings appeared out of the darkness coming down from above. Right before Eloy hit the ground, massive green-scaled hands with big talons wrapped around him and saved him from hitting the rocks below.

Eloy looked up at the creature that was now carrying him. A green dragon as big as a house, with wings as wide as the sky, was climbing into the moonlit night.

After flying to the peak of the mountain, Draconus set Eloy gently on the rocks. He flapped his wings, flew one giant circle in the air before coming to land in front of Eloy.

"Welcome to my family," Draconus said.

"That's right, all who believe in me for rescue from death, become part of my forever family," Draconus said. "And I promise to do what you've asked, to take you to the land above the mountains, to the clouds of forever."

"Wait, my child," Draconus said gently. "Are there not others who you would like to bring to that grand country?"

"Oh, yeah!" Eloy said, now getting even more excited.  "My sister and the wizard, and also all my parents, and my friends," Eloy would have gone on, but Draconus gave a rich laugh that felt as warm as a hug.

"And so you shall," Draconus said. Eloy suddenly realized something had changed.

"Yes, that is another thing that happens when someone joins my forever family," Draconus said. "You no longer belong to Baffle."

"Is he gone forever?" Eloy asked.

"He is still able to reach you, but you can take comfort in this: you are in my family no matter what Baffle does to you."

"Eloy, is that you?" Ellie said from behind him. "How did you get to the peak so fast?" Eloy turned around to find his sister, breathing hard and walking in the moonlight.

"Look," Eloy shouted. "I've met him, and I'm part of his-" Eloy trailed off when he turned around. Draconus was gone. Eloy was surprised. The grand green dragon had vanished.

What did Ellie think they had to do to get help from Draconus?

Ellie thought they had to climb the mountain, which was hard work.

What was the only thing that Eloy had to do to become part of Draconus' forever family?

All he had to do was believe that Draconus would save him. As soon as he believed it, Draconus was already on his way.

This is kind of like the way that Jesus gives eternal life to those who believe in Him.

He who believes in the Son [that's Jesus] has everlasting life, and he who does not believe the Son shall not see life... (John 3:36)

What is everlasting life?

Everlasting life is life that lasts forever with God. You can never lose it or give it back.

What is the one thing that this verse says you have to do to have everlasting life?

Even though there are people who think you have to work really hard to get everlasting life, that's not what the Bible says.