Is Jesus as trustworthy as a fingerprint? 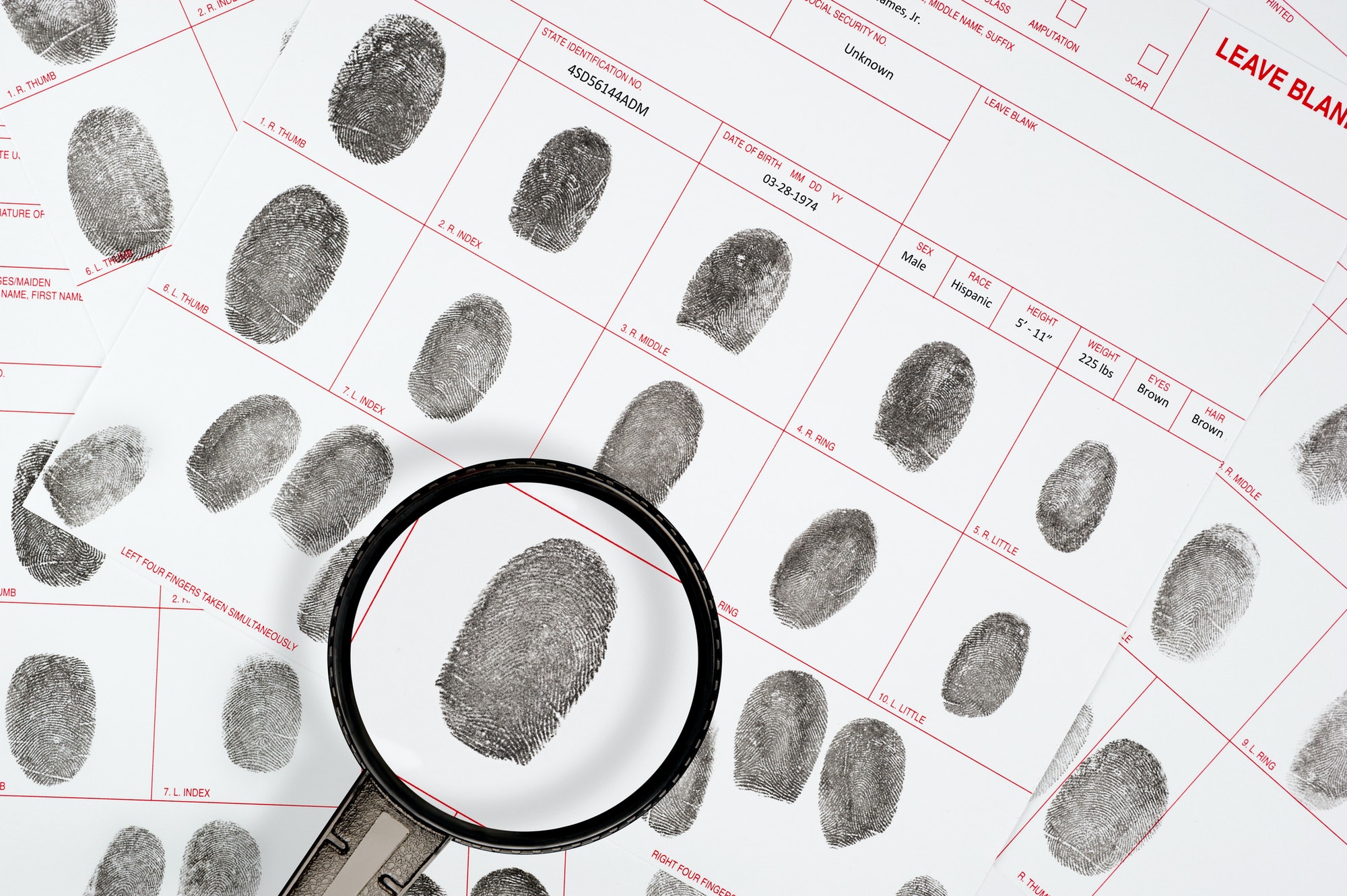 A fingerprint is said to be unique. It’s been estimated that the chances that 2 people will have the same fingerprint is about 1 in 64 Billion. That’s why fingerprints are used in criminal cases because it’s nearly certain that if a matching fingerprint is at the crime scene, you were there too.

The fingerprint analogy is a valuable one because it gives us a benchmark for what is accepted as proof. Our judicial system has determined that a 1 in 64 Billion chance is enough to be convinced beyond a shadow of a doubt.

What if it was possible to be that certain about Jesus? What if we could be that certain that Jesus’ life came about by supernatural means? A 1 in 64 Billion chance is enough for any modern court of law, would it be enough for you to be convinced?
If there were prophecies that were (1) accurate, (2) specific, (3) written before the events happened, (4) which couldn't be fulfilled on purpose, (5) and less likely to happen  than 1 chance in 64 billion, then the case for the divine nature of Jesus could be called "proven" by modern legal standards.

So here are five hand-picked prophecies that fit these criteria.

(1) The Messiah would be a descendant of Abraham. (Deuteronomy 18:18, written in 600s B.C.) Based on world population estimates, any random person has less than a 1 in 350 chance of being the right race to fulfill this prophecy.

How it was calculated: When the prophecy first foretold that the Messiah, or Shiloh as he is sometimes called, would come from Judah, Judah made up about 12% of the nation of Israel. By the Roman era ten of the tribes of Israel had vanished by assimilation into other nations. The people known as the Jews today are virtually all descendants of Judah, Benjamin, or Levi. Those of the tribe of Levi are thought to make up about 8% of modern Jews. So that 8% should be subtracted from the possible candidates. Benjamin was absorbed into Judah, so there is no distinction preserved between Benjamin and Judah. As for being a descendant of David, probably the majority of non-Levitical Jews are in his lineage. It’s more than fair to say that 90% were related to David by the first century. Taking history as a whole that means that any descendant of Abraham that has lived has about a 1 in 10 chance of fulfilling this particular prophecy by chance.

How it was calculated: The Messiah would arrive while the temple was standing. (Malachi 3:1)  be revealed by 33 A.D. (Daniel 9:24-27)  This prophecy claims that the Messiah would come 483 years after the going out of the word to rebuild Jerusalem. A decree to rebuild Jerusalem was given in 444 B.C. by Artaxerxes  and probably was delivered by 443. The Jewish calendar worked on a 360 day year (lunar rather than solar year). That means that the Messiah would have to be revealed by 33 A.D. There have been about 206,000,000 Jews who have lived since the prophecy was written (700s B.C.). It’s conceivable that the Messiah could be born sometime in the 40 years before he must be revealed. There were about 12,700,000 Jews born in the 40 years before 33 A.D. So any Jew born since the 700s, had a 1 in 16 chance of being born in the right era to fulfill these time sensitive prophecies.

How it was calculated: The Messiah would be born in Bethlehem. There were around 1000 people who lived in Bethlehem at the time prescribed for this Jewish Messiah. The birth rate in the ancient world was around 80 births per thousand per year. In the 40 years before 28 A.D. (which is when the Messiah had to be revealed by) there were 12,700,000 Jews who were born.  In that same time frame there would have been an estimated 3200 births in Bethlehem.  Therefore a possible Jewish Messiah  in that era had a 1 in 3968 chance of being born in Bethlehem.

(5) The Messiah would be wounded and pierced before his death and would be assigned a grave with criminals. (Isaiah 53:5-9, written in the 700s B.C) That has a 1 in 306 chance of being randomly fulfilled.

How it was calculated: He would be wounded and pierced before his death and be assigned a grave with criminals even though he had done no violence.  The  way to be assigned a criminal’s grave in the Roman empire was to die as a criminal by way of Roman execution. However, this becomes a little tricky if you don’t commit a violent crime. Those who were executed by Roman law were tossed into a mass grave with other criminals.  Let us assume that 10 criminals were executed a month in Judea and Galilee, which is a conservative estimate. That equals about 4800 crucifixions that would take place in an average lifespan of 40 years. 14,700,000 Jews lived from 8 A.D. to 48 A.D. (the 20 years before and after the time that the Messiah had to be revealed) That means that any given Jew during those years had  an estimated 1 in 3062 chance of being crucified during their lifetime. Surely claiming to be the Messiah was a way to be social ostracized. However, it was illegal for the Jewish authorities to execute anyone without Roman involvement. The prophecy predicts that the Messiah would not be guilty of any violence. Assuming that a possible Messiah figure only engages in non-violent activities, the possibility of being executed by the authorities is probably very low. However, let’s assume (for the sake of being more than fair) that claiming to be a messiah under Roman occupation increased his chances of being executed by a factor of ten. That means that this prophecy has a 1 in 306 chance of being fulfilled by a nonviolent Messiah claimant.

These prophecies were chosen for this experiment because they each represent criteria that even the most skeptical critics of the Bible accept. Virtually all credible religious, agnostic, and atheist experts of history agree (1) That Jesus was born in Bethlehem, (2) a descendant of Abraham, Judah and David, (3) was alive during the second temple period, (4) was hailed as Messiah by the crowd in 33 A.D. (5) was wounded and pierced before his death and was assigned a grave with criminals.

Historians also agree that the verses that predicted these things were written down hundreds of years before Jesus’ life.
Calculated together, the probability of all of these predictions being randomly fulfilled in one person is about  a 1 in 68 billion chance.

That means it’s slightly less likely than two people having the same fingerprint which is estimated at a 1 in 64 Billion chance.
In order to eliminate the claim that “Jesus intentionally fulfilled prophecy,” the probabilities focus on things that any natural person would not be able to control, like the year and location of his birth, where he was born, his ethnicity, and the way he was treated when he was being killed.

Now, remember that this is only five prophecies. It’s estimated that there are around 350 prophecies in the Jewish scripture that were fulfilled by Jesus. These numbers defy calculation, and many don't lend themselves to attributed probabilities.
If you trust a fingerprint as proof you should trust Jesus too.

Jewish Population data chart
Number of people ever born
Population calculator
Special thanks to the QFA Research team, who helped us refine this concept.