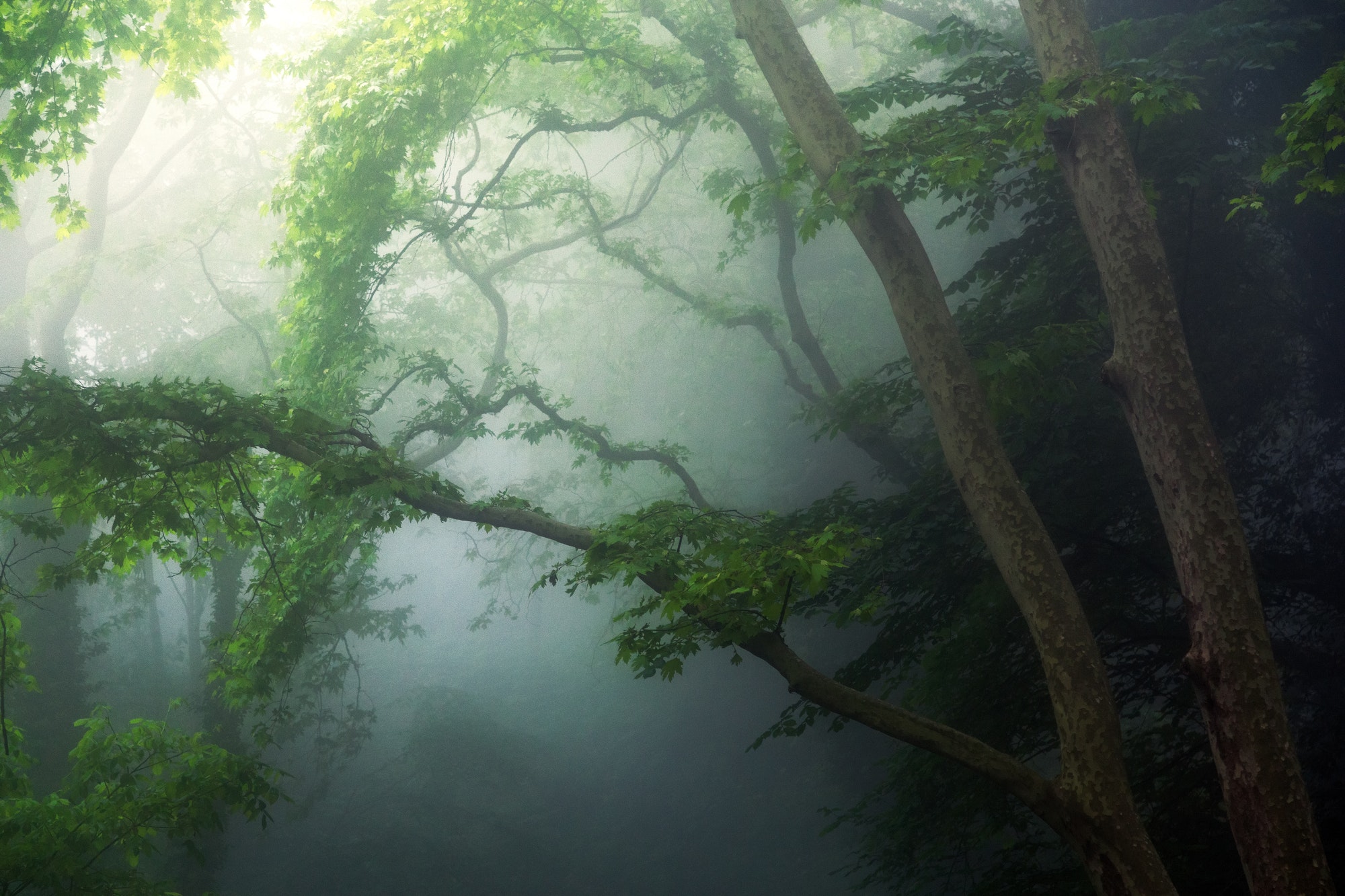 As we grew into devious little miscreants, we could feel the blisters brought by the struggle against our behavioral constraints. With each wriggle, they grew tighter. There were rules at home, rules at school, and rules on the playground. There were even rules for

That hatchet was the second installment of our freedom plan. We cut trees and warded off wild beasts with it. We were men with the power to build or destroy. We could finally challenge the troll and fell timber. Each night before we returned to the ordinary world, we would hide it in a safe place and return to it the next day. It was amazing to have this shared legend. We saw it as a gift from above. It was the first big secret we kept from our parents, but it would not be the last.

There was another kind of magic we found in those woods. It was dark magic, so black the sun would dim, and our hearts would turn to stone. Its siren call beckoned. Its inky spell would bind to us like tar.

One day when walking among the trees with my little brother Sir Levi, our eyes were at once cast upon a scrap of parchment near the creek with no name.  The hairs on the back of my neck immediately began to stand on end and my spine tingled. I sensed in my spirit that there was some dark magic at play. I reached for a switch and tore it asunder. With the twig, I made to poke at the parchment with its woody tip. I sought to discover of what sort was the mysterious scrawl.

"Don't look," I said at once to my brother. "This is dark magic." For my brother, Sir Levi was younger than I. He had not yet felt the quickening of the dark arts as I had.

"What is it?" he asked as I attempted to turn the page over with the twig.

"It is an enchanted parchment. It comes from the library of that foul wizard known as Hugh Hefner." Levi leaned in to take a closer look. Even then, I could feel the magic working on me as well.

“Of what sort of magic is this?” he asked.

"Mind magic," I replied, now feeling the trance setting in. "It enchants the viewer with a deep seed of desire. The poor soul whose eyes so much as glance at this parchment will henceforth be drawn by dark impulse to see more. The magic pulls at the heart and clouds out the light of reason. There are those so captured by this dark wizard's spell that they spend their lives seeking more and more parchments until they have lost everything in the gloomy pursuit."

Sir Levi and myself fought the spell, though I feared its shadowy fingers had already clawed their way into the crevices of our minds.

Thus, we plunged the parchment beneath the water, leaving it to the Lady of the Creek. We hid it from the view of any passerby hoping beyond hope that it would be enough to save a single innocent bystander from befalling our foul fate.

Oops, I did it again. I keep making legend of my childhood. I think if my brother were to remember this, which he probably doesn't because he was young, he would tell it differently. I wish that it were a fairy tale. I wish that it was a magical quest that had a final and extraordinary conclusion. In the storybooks, there is always a simple answer. This is not one of those storybooks. The reality is not nearly so magnificent.

The truth behind the legend is this: while walking in the woods with my little brother, we found a single page from a pornographic magazine. The women on the page were otherworldly. The memory is a blur, as if my mind censored the images on those glossy pages. Somehow I knew I ought not touch the scrap as if its filth might be transferred to my fingertips as a black smudge forever. What I didn't realize is that my eyes were the portal by which the damage entered my soul. Within a few seconds, we had shoved it beneath the water with a stick trying to get it out of view. Though, the sinister result I carry in my mind even still. I felt conflicted about it. I had sensed that it was wrong. However, I had seen my first naked lady, and I was hooked.