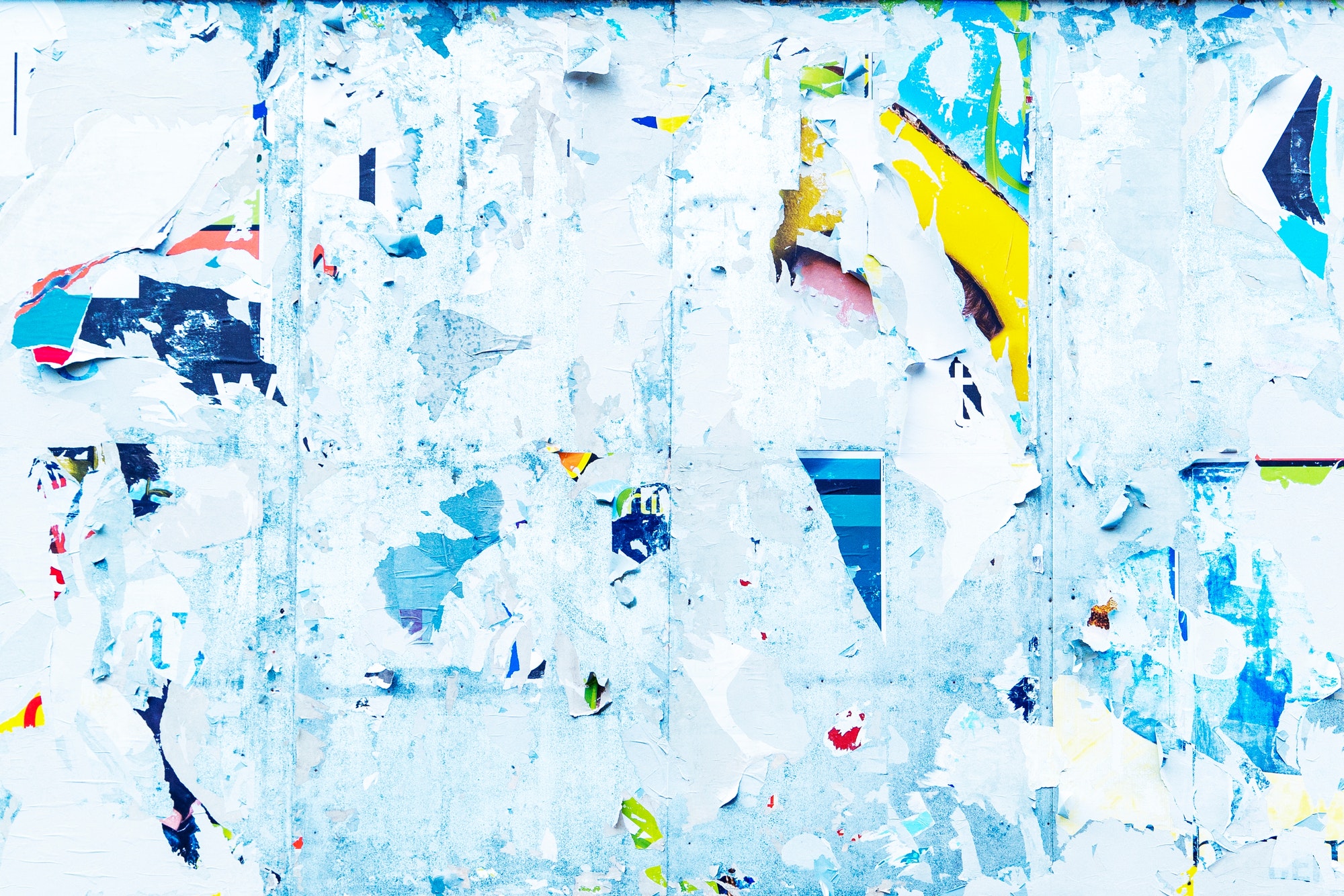 There once was a father who had a son. The father was a judge in the local courthouse. One day the judge's son was brought before him in court. He was being charged with stealing a small fortune. The judge was terribly saddened by the whole affair. Throughout the court case, the son didn't speak, letting his lawyer do all the talking. It was clear that his son did the crime. After listening to the case, the judge addressed the court.

"I can see that my son stole a large amount of money. If the prosecutor would agree to settle the case, I will pay back the money he stole." The lawyers discussed the terms briefly, and it was quickly settled. When the arrangements had been made, the judge hammered his gavel and spoke to inform the court of the outcome.

"The defendant is legally forgiven," he declared from the dais. He looked down at his son. "Court is adjourned," he said but then called out to his boy. "Meet me in my chamber."

They both came into his chamber. The judge sat and waited. "You let your lawyer do all the talking. Do you have anything to say for yourself?"

“Well, I thought you said I’m forgiven,” the son responded.

"You're forgiven as far as the court goes," the father said. "But I'm not talking to you as your judge now. I'm a father who has been hurt and embarrassed by his son's behavior. In court, it's fine to let your lawyer do all the talking, but if you want to make things right with your dad, you're going to have to say something."

The son thought for a long time before he spoke. “I messed up, Dad,” the son said. “I really messed up. Will you forgive me?”

The judge/father rose and wrapped his big arms around the son he loved so much. "Of course, son. Of course."

In this fictitious story, we see two kinds of guilt and forgiveness. Notwithstanding the fact that this type of legal shenanigans wouldn't work in a modern court, I hope it clearly illustrates a concept we will discover in this chapter. As we explore this eternal distinction, we will see similar layers within.

Feeling guilt is an awful thing. However, humans are good at shoving those feelings deep down where we don’t have to experience them. We are often able to convince ourselves that whatever guilt we have is minimal. We should be cautious as we remember what James said:

Now we know that whatever the law says, it says to those who are under the law, that every mouth may be stopped, and all the world may become guilty before God. (Romans 3:19 )

There are over six hundred commandments in the Old Testament law. Trying to keep the law is like a chaotic juggling act. You don’t get to start with one and then add more. You have to begin and maintain a perfect juggle of all 600+. If you drop one, you might as well drop them all because you’ve failed to juggle the law.

How many of those can you keep at one time? I can keep about one thing in my head at once. Trying to perfectly keep the law is not only daunting but impossible. In fact, that's kind of the point. The law was designed to show us our inability to live up to God's standard and to reveal our guilt. James said, "For whoever shall keep the whole law, and yet stumble in one point, he is guilty of all." (James 2:10)

Everyone is guilty before God of sin. Even the tiniest little sin makes us fully and completely guilty before God. Anyone who thinks they are righteous enough to stand alone before God is reminded by Isaiah that the pinnacle of our righteousness is like filthy rags. (Isaiah 64:6) Being guilty before God means that we cannot live up to the standard. Hell awaits those who stay in their guilt. In Scripture, guilt is contrasted with forgiveness of sins. This is the other half of our first eternal distinction. Note what Luke writes:

All the prophets testify about him that through his name, everyone who believes in him receives forgiveness of sins. (Acts 10:43 CSB)

The moment you believe in Jesus for everlasting life, a whole bunch of things happen. You’re born again, indwelled with the Holy Spirit, crossed from death to life, and many others. Now we can add this to the list: received forgiveness of sins. The dividing line between Heaven or Hell is also the eternal distinction between those who are guilty before God and those who have received forgiveness of sins.

There is only one condition that you have to meet in order for your sins to be legally, officially, and eternally forgiven. You must believe in Jesus for salvation. However, did you know that legal forgiveness in God’s royal court is different than being forgiven in the context of your fellowship with the Lord?

John is talking to believers, as is the case all through his letter. His purpose is to tell readers how to maintain a healthy and friendly fellowship with God. Though these believers have had their sins completely forgiven (1 John 2:12), they still need the kind of forgiveness and fellowship that flows between two friends. They are in danger of experiencing a lack of fellowship with God.

What causes a lack of fellowship with God? He comes right down to it when he says if we say that we have no sin. Walking in darkness is all about living with unconfessed sin. When you move through your life as a Christian and pretend as if you don’t sin, you’re actually walking in darkness. Unconfessed sin results in a lack of fellowship with God.

"Now, wait a minute," you might be saying. "I thought our sins were already legally forgiven!" That's right. Sins are legally forgiven, and we’re eternally saved. However, if you don't admit your sin to God, you're walking alone in the dark. If you let unconfessed sins build up, you will find yourself far from the Lord. The prodigal son is a great example of how far we can get from God while still being his children. A lack of fellowship with God is a terrible thing to experience, and all because of unconfessed sin.

God once said to Abraham, "I am your… exceedingly great reward." (Genesis 15:1) Closeness with God, both in this life and in the next, is the greatest reward you can receive. As we flip this eternal distinction over, we see that there is a grand alternative waiting. John gives a simple solution to maintaining a close fellowship with God that is amazingly rewarding. Only a verse later, John says:

If we confess our sins, He is faithful and just to forgive us our sins and to cleanse us from all unrighteousness. (1 John 1:9)

For years, I resisted confessing my sins because I didn't really understand its purpose. I was out of fellowship with the Lord. I wish I would have studied this verse back then. The point of confession is to maintain aclose fellowship with God. We don’t confess our sins in order to be saved, but instead to have the kind of forgiveness that allows us to maintain closeness with our maker.

Though there are times we ought to confess our sins to other believers whom we trust, this verse is talking about confessing our sins directly to God in prayer. Each time we become aware of a sin we've committed, we should simply express that sin to God and ask for forgiveness. We’re not asking for salvation forgiveness but friendship forgiveness. When you confess the sins that you’re aware of, you are forgiven and cleansed from all unrighteousness.

Clearly, this is something that will need to be done on a regular basis. That’s why Jesus introduces confession and forgiveness in his model template for daily prayer. (Matthew 6:9-13) The power of admitting our failures and asking God for forgiveness is astounding. It's like washing the marker board clean. It's a blank canvas; or a white sheet of paper. When you confess, you are forgiven and cleansed.

Are you guilty before God? Do you need to be once and for all forgiven of sin? If so, believe in Jesus for everlasting life, and you are legally and officially forgiven. Are you experiencing a lack of fellowship with God? It is because of unconfessed sin. Start confessing your sins to God on a regular basis, and He will cleanse you. By doing this, you can have a close fellowship with God? It's the greatest reward there is.