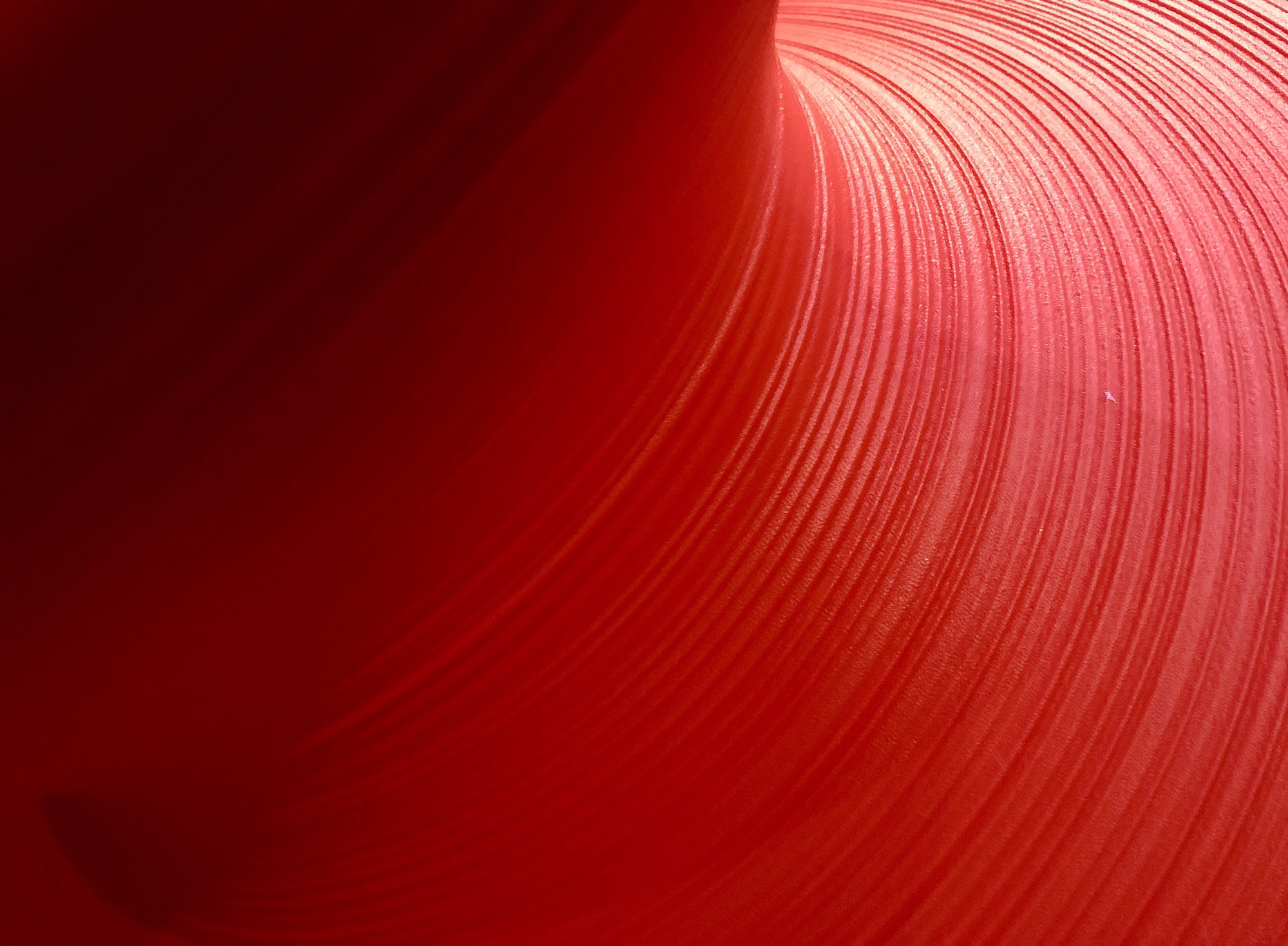 My earliest memory of attending a funeral was when I was about eight years old. There was a strange tingling feeling in my stomach as I stood next to the casket and looked at the first dead body I had ever seen. When I was in high school, I had three friends who also played on the drumline with me. Each died on a different occasion; one as she was driving to the hospital to see her dad in ICU, another when he ran his car off the road after a youth group meeting, and the third died of a heart attack while standing in line at an amusement park during a band trip.

When I was in college, I had three more friends die. The one that hit me the hardest was a girl whom I thought I would someday marry. As far as I know, all of these people who met their untimely and unexpected end were believers. Death is as uncomfortable to talk about as it is impossible to ignore.

When I was in my early twenties, I was a youth minister. I had done a talk with the youth about some of these individuals who had died. After the meeting, one of the volunteer parents stuck around to talk. She was in her early forties and looked concerned. "I've never had someone I know die, and I'm afraid," she said. I was stunned that she made it to forty without attending a single funeral. Even though she hadn't experienced death first-hand, it still scared her.

Whether you're like me, having experienced the death of many loved ones, or like my friend who had never been to a funeral, I bet you can relate to the fear of death. Death is all around us. It's what marks out the parameters of our experience. There is hardly anything in your life that you wouldn't do a little differently if you knew that you were immortal.

This is a morbid setup for our eternal distinction, belief for eternal salvation. In the last chapter, this distinction was called never born or born again. Although the phrase used is different, the concept is the same. Death and Eternal Life isone of the ways the authors of the Bible talk about eternal condemnation and eternal salvation. Notice what Paul said in his letter to some fellow Christians in Rome:

Years ago, I was watching this special on TV. It was about this guy who claimed he had power over death, and he'd done it with meditation and vitamins or some nonsense like that. He actually believed that he wouldn't die. He said something like, "I don't have to die if I don't want, but someday I may choose to let myself pass away.” It was ridiculous. Even the guy who supposedly had mastery over death had to leave an ego-saving loophole. That’s because, despite what he thought he’d found in his personal voodoo sessions, he’s going to die.

Virtually everyone you meet can admit this to themselves. Likely, it's why Paul doesn't need to write a dozen theological paragraphs about the fact that his readers are going to die. They know it. He knows it. No one needs to debate it.

It is worth understanding what the Bible means by death. Often when the Bible talks about death, it just means physical death. In those cases, dead is dead. Dead, like my childhood cat, is dead. Dead, like my 1982 Nissan Pulsar, is dead. An example of this is when Jesus said plainly, “Lazarus is dead.” (John 11:14). Jesus didn’t mean that Lazarus was going to spend eternity in Hell. He just meant that his body had physically died.

There are other times when the Bible’s authors hint at more than physical death by showing what they consider to be the opposite of death. Take a look at what Paul says next:

For the wages of sin is death, but the gift of God is eternal life in Christ Jesus our Lord. (Romans 6:23 )

Death needs a remedy. Death can be temporary, or it can be permanent. To make death temporary, you need to receive eternal life by being in Christ. If someone doesn’t believe in Jesus for eternal life, then their death will one day become the final state of affairs.

So, this grand dichotomy, this vital dividing line, the first eternal distinction is between death and eternal life. Let’s get a refresh on how to get eternal life. Jesus put it this way:

The person who believes in Jesus for salvation “has eternal life.” Notice it is something the person has right away. As soon as you believe you have it. Jesus gives a parallel analogy in the same verse when he says that a believer “has passed from death to life.” This is a one-way trip, folks. Once you believe in Jesus, you have eternal life, which means it is a free gift that you can never lose, no matter what. Once alive, always alive. Now let's move to our second eternal distinction.

Somewhat near my house, there is a graveyard. The other day I was taking a walk and looking at the historic headstones. As I was walking, I encountered a large dog who, as far as I could tell, had made his home in the graveyard. This wild-looking stray apparently liked living among the dead.

Once you have eternal life, there is something you will want to consider. Where do you want to live? Do you want to make your abode among the living or the dead? Do you want to experience abundant life or abide in death? This is not a salvation distinction but an obedience one. Notice how John puts it:

These words are spoken to Christians whom John has already called brothers and sisters (vs. 13) and children of God (3:2). That’s language he reserves for saved people. A brother can’t love his brother if he isn’t a brother. He is talking about people who already have eternal life. Knowing that John is talking about people who have the irrevocable gift of eternal life helps us understand what he’s saying.

You can imagine that there are two worlds, the realm of death and the Kingdom of Life. You are a native-born citizen of the Realm of Death. It's a dark, ugly place, but it has its temporary pleasures and perks. The moment you believe in Jesus for the free gift of eternal life, your national citizenship changes. The administration of the Kingdom of Life files your paperwork in Heaven, and your Realm of Death citizenship is immediately revoked. Nowyour official citizenship is in the place of life; however, since believers are so familiar with the Realm of Death, sometimes we sneak back in for a visit. The Realm of Death has quite the tourism business. Loads of Christians vacation, have summer homes, and even long-term dwellings in that dark realm.

There are Kingdom citizens who spend most of their time in the other world, The Realm of Death. That, however, doesn’t jeopardize their citizenship in the Kingdom. Their names are in the book of life and will never be erased. Though, continuing to live in the Realm of Death does endanger our hopes for what John would later call receiving “a full reward.” (2 John 1:8) What’s at stake when Christians abide in death is eternal reward.

It is sad when a person with Eternal Life decides to Abide in Death. When a believer, who has the indwelled power of the Holy Spirit, decides to live an ungodly life, they abide in death. This is especially true when the sin of choice is refusing to love other Christian brothers and sisters. Imagine how bitter and unfulfilling life is when we refuse to love. Though, this isn’t how it ought to be. Jesus offered another option for believers when he said:

That Jesus came to give eternal life we already know. Jesus also wants us to experience life more abundantly than we ever have before. What does abundant life look like? Abundance in this life is when your experience is marked by the fruits of the Spirit; when your life is filled with love, joy, peace, patience, kindness, goodness, faithfulness, gentleness, and self-control. (Galatians 5:22-23) Abundance in the next life is all about eternal reward.

Do you want a life filled with love, joy, peace, and all the rest? I know I do. It’s possible but not automatic. It’s true that we cross from death to life by simply believing in Jesus. However, to immigrate from abiding in death into abundant life, we are expected to be obedient believers. We must take action on what we believe in order to reach for that greater abundance. We believe in Jesus for eternal life, but we must obey him in order to experience abundant life. A great place to start is by loving your spiritual brothers and sisters.