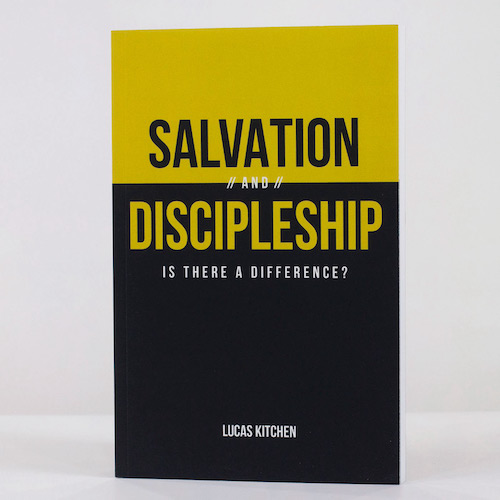 As a kid, one of the biggest choices was between orange juice and milk. Out of boyish curiosity, I once mixed milk and orange juice together. I stirred it with excitement thinking I had come up with the ultimate breakfast drink. As I timidly tried the new flavor I found that the mixture was no longer milk, and it was no longer orange juice, but a strange concoction that I couldn't stand to drink. In a similar way, we find a warning from Paul against mixing grace and works.

Certainly, there are theological egg heads who have tried to make his simple words mean something else, but Paul says it so clearly that a child could understand the lesson. As we saw from the previous chapter, salvation is by grace. With that in mind, look at how Paul puts this poignant idea together in Romans 11:6.

Paul strikes a sharp contrast between grace and works. We have already seen that the word ‘grace' is inalienably tied to salvation. The word ‘works' is unarguably connected to discipleship. Paul teaches us here that we must not mix the two into one. If we try to gain salvation by doing work then what we have is not grace. If we try to accomplish discipleship by grace, then what we have will not work.

Discipleship begins the same moment that we receive our salvation, but it is either rejected, neglected, or maintained. Discipleship is a daily choice and will involve costs, sacrifices, and rewards.  As long as we keep this distinction clear, we won't have to live with a useless grace-works concoction.