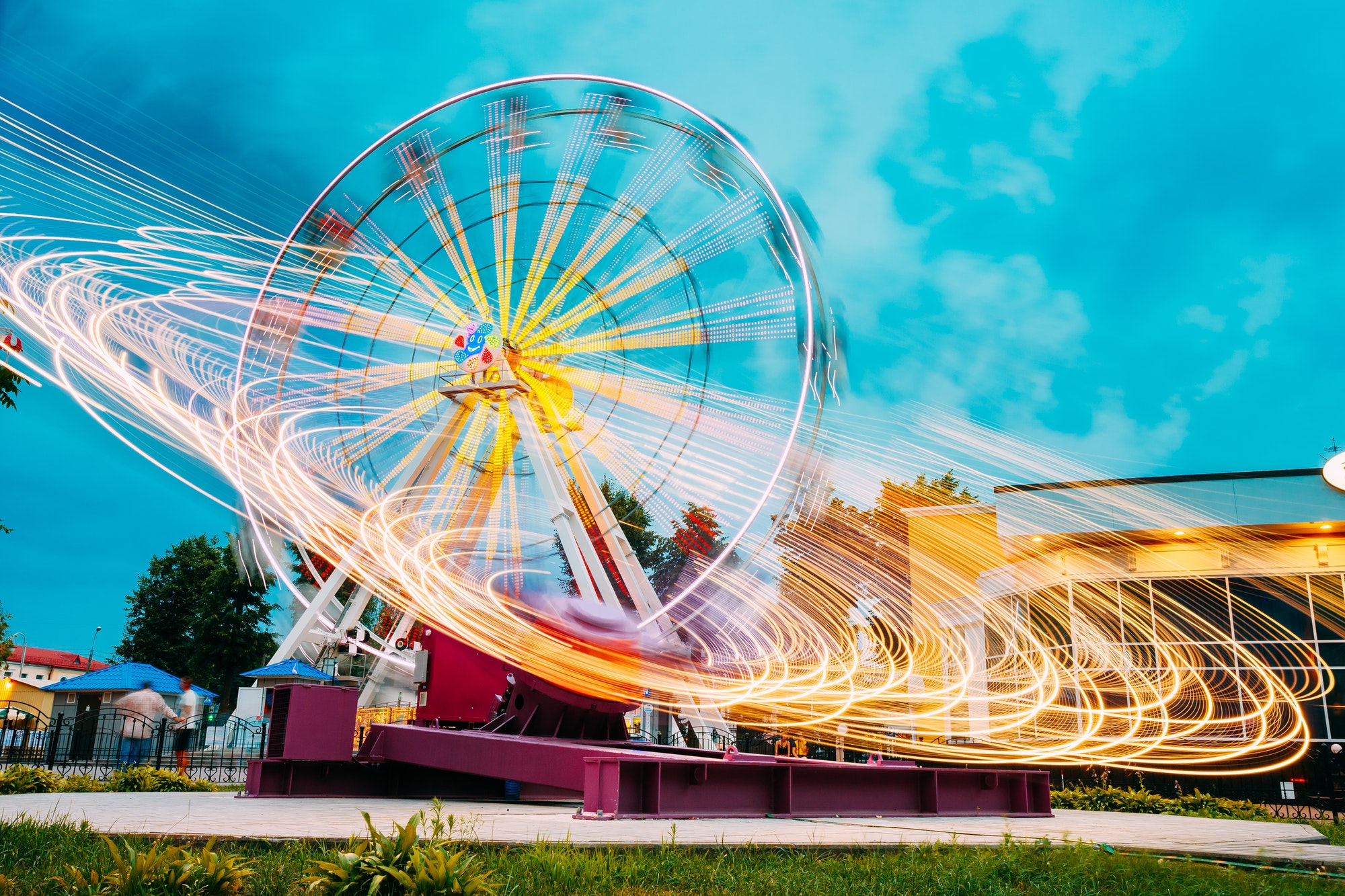 If your parents didn't take you to an amusement park as a kid, they either didn't love you or…. No, that's pretty much it, they didn't love you. The park of choice for those near Dallas is the famed Six Flags over Texas. It's a theme park with towering roller coasters, fair-style games, a steam train, and all of the excitement you'd expect from a Texas-sized tourist attraction. It's daily jammed with hoards of people looking for adventure and escape from the mundane. As a kid, I had no defense against its magical allure.

The year was 1988. Precisely 71.4% of my childhood was spent thinking about my next chance to enter the gates of Six Flags. My mind buzzed with the electric anticipation as we approached the colorful arches adorning the entrance. Holiday in the Park, as they called it, included all of the summer attractions with one added bonus, fake snow.

Along with my parents, my nuclear family unit included my little brother Levi who could clearly express himself even at a young age, and never backed down from a challenge to do so. He and I shared a familiar humor, often squeezing endless laughter out of the most bizarre corners of life.

My older brother Lance always had his eyes on the horizon, looking for our next quest. If there was a blunt force concussion available, Lance would claim it. He was a quiet leader, expressing his feelings often without the use of words.

Six Flags was a treat for all three of us. Mom stuffed my six-year-old body into a blue vinyl hand-me-down coat. It, too, was Lance's first. As we darted through the front gate, the first ride that greeted these intrepid amusement seekers was a massive carousel. It was a holdover from the early days of the park before roller coasters were a standard affair. Lance was the benevolent dictator of our little gang—hardly a wolf pack—pups at best. His eyes locked on the ride with crackling enthusiasm.

"Can we ride that one?" Lance asked, as if his life depended on it.

"Of course, Honey," Mom said. The spark in his eyes lit a fire in Levi, although the youngest was hardly old enough to know what thrill he was about to experience.

Mom and Dad helped us up the stairs. Lance chose the blue plastic steed for its masculine appeal. "I can get on myself," he reprimanded those who would help. Levi and I followed, accepting what help Mom and Dad provided.

"Here we go," Dad said as the carousel whirred to life. The lights danced, and the stallions began to gallop in slow, methodical rhythm. Mom and Dad watched with that warm satisfaction that bubbles up from somewhere deep when a child smiles.

Lance's horse wasn't fast enough, so he made up for his mount's lackadaisical gait with a repetitive bounce. The plastic saddle creaked as he jumped and shouted with delight. There was no question; he was having the time of his young life.  Levi's response was much the same. Although smaller, he gripped the pole with the experienced little hands of a thrill seeker. His curly hair danced in the chilling breeze. The look on his face spoke of the volcanic excitement that was erupting within.

"What's wrong with Lucas?” Dad asked, pointing to me. They both glanced in my direction. My riding style was a far cry from the wild abandon my brothers were experiencing. My gaze was measured; my grip was firm; my face was emotionless. "Is he not having fun?" Dad questioned.

Unlike my brothers, I was not comfortable with exuberant expressions of emotion. I preferred a calculated response. Any expectation to the contrary would drive me deeper into the emotional hermit house where I lived. I had feelings, but they would dissolve in the sunlight, so I hid them in the dark shadows of my dusty cabin.

"He's having a great time," Mom said. "He just doesn't show it." Mom had long since noted the differences in her three boys. I avoided putting my own emotions on display. My feelings were like a losing hand of cards, and I had a master poker face.

My lack of ability to express my feelings resulted in some surprising gullibilities. In the following year or so, I recall standing in the front yard with my brother Lance. We were throwing the baseball back and forth. He was experimenting with a new way to throw the ball, always the innovator. He awkwardly thrust it with a movement that might be used by a shot-putter who is being attacked by killer bees. The ball met the ground far short of its target. The experiment had been a failure.

"That's how they throw the ball in Asia," Lance said with utter conviction. Any normal kid would have expressed confusion, disbelief, or amazement. I was no ordinary kid. I quietly considered the new information I had just received. Rather than question my brother's audacious international claim, I wondered how an entire continent could be so dumb as not to know how to throw a baseball properly. I believed this ridiculous claim for years, never questioning its validity. That is until I caught a snippet of a World Series game between the A-list American team, and Japan's finest. Those Japanese kids rocketed the ball just like I'd seen in the American major leagues. I realized at that moment, after years of confusion, that Lance had been joking.

One summer day I was leaning against the screen door of our house. I was in the throes of indecision, trying to determine whether I wanted to play outside or in. I leaned my face against the screen letting my nose rest against its fine mesh.

"That screen will melt your nose off," Lance said as he sped by on his way outside. I pulled back with a shock. I wondered if there was some acidic property inherent in all screens, or if he was referring to the cheese grater effect. Either way, I was pretty fond of my nose, so I stopped pressing my face against the screen door.

A kid with a more developed emotional range might express confusion, misunderstanding, or disbelief. Not me. It made more sense to believe my older brother. Though, here's where it gets weird. For years I was cautious when touching any screen, whether it be on a window or door. Bouncing around in my subconscious was the idea that, 'screens can melt your nose off.' At some point it occurred to me from where my trepidation had come. I lived with the confusion for years, but eventually put the idea in my mental wastebasket.

"She has a disease that makes it where she can't smile or laugh,” he once said about one of our church's piano players. It was a plausible explanation for what I had observed. It explained well the solemn and serious woman's perpetual sad state. I had never heard of such a disease, but rather than question my brother's accuracy I decidedly lived in a state of misinformation. It wasn't until years later when I saw the woman laugh out loud that I realized I had once again taken a joke as a fact.

Throughout my life, I've often assumed people who speak with conviction are right and truthful. Often when what I heard did not fit with what I already knew, I assumed the error was mine, not the speaker's. What further exacerbated the problem is my lack of willingness to express my feelings in these confusing situations. I am the emotional chameleon always playing along never admitting confusion, shock, or disbelief. I internalize and consider rarely ever admitting I don't understand.

This book is about the journey of a confused kid seeking to understand the most crucial topic.