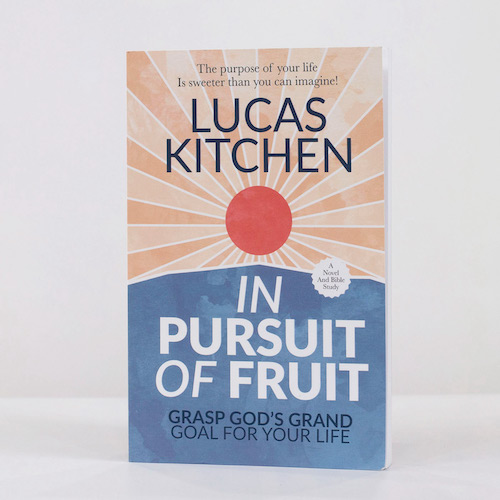 What if you could go on a morning stroll in your backyard garden only to discover your purpose for being alive? IN PURSUIT OF FRUIT places you, the reader, in the lead role. As the main character, you will build your garden, discover the goal of the Christian life, and find out how to achieve what you are still here for. This book melds the beloved aspects of Christian fiction with the step-wise approach of spiritual growth literature. Not only will you be entertained by the witty, humorous, and charming characters, but you'll learn invaluable concepts as you dig deep into God's word. You'll come away with a crystal clear understanding of your purpose and how to achieve it. You will find out that the goal for your life is sweeter than you ever imagined.

A chapter from In Pursuit Of Fruit by Lucas Kitchen 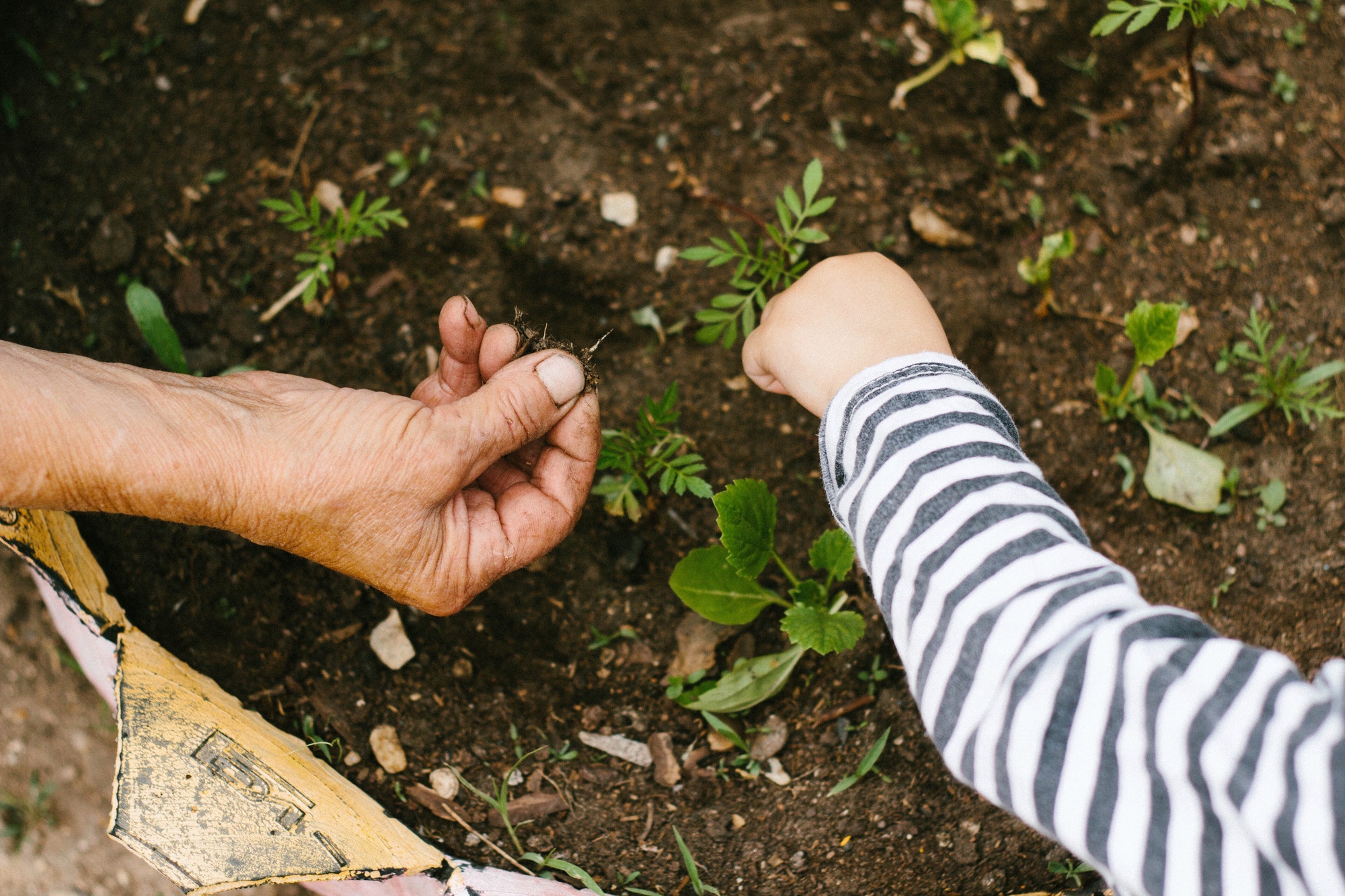 A few weeks of weeding has made a stupendous change in the look of your one-tree orchard. The fruit tree is finally beginning to grow. You've diligently dug up any weeds that are hardy enough to make it through the layer of mulch. Things are beginning to look respectable in your fledgling fruit garden. Aunt Loola still visits, but often just to chat. One fine morning her bright voice breaks the silence.

“Ah, a gardener’s work is never done," she says. You rise to see her approaching through the yard, cane in hand. She moves slower than usual. She finds the way to her seat, where you made sure to set out her dark coffee before she arrived.

"A gardener's work is never done because a gardener's mentor never gets tired of seeing her student pulling weeds," you say with a laugh. You pause from your work and take up your place next to aunt Loola. You notice a package she has neatly placed on her lap.

“What?" you protest. “You are young enough to walk over here every morning.”

"Well, actually, I was driven here today," she says.

“My son. He’s waiting in the car, and I raised him to be very impatient, apparently," she says. You’re surprised. Her son lives hours away.

“Is everything ok, Aunt Loola?" you ask.

“Yes, but—” she breaks. “This will be the last time I get to come see you.” You detect the faintest trace of wetness around her eyes.

"I'll come to your house for our visits; I don't mind," you say.

"That would be a long commute," she grins, but the expression doesn't quite touch her eyes. "My Son is kidnapping me. He insists that I move in with him. He thinks I'm too old to take care of myself anymore. And you know, he's probably right. I just keep making my coffee darker, but it doesn't seem to speed me up any."

“No, he’s a big city lawyer," she counters. “It’s impossible to change his mind.”

"Well, I—" you start to say but run short on words. You reach out and hug Aunt Loola, not knowing what else to do.

"It's ok; he needs some serious help with his garden. He's let it go to weeds," she says.

"Probably makes his coffee too weak, too," you add.

“It’s just frothy milk with a gun shot blast of espresso.” She smiles. “His momma will straighten him out.”

"I can't thank you enough for everything you've taught me and for your friendship," you say.

“Well, I have a little something for you,” she says as she reaches for the package in her lap. “I made my son pay for it, so I guess technically it’s from him.”

"Well, tell him, 'thank you,'" you say as you take the package from her outstretched hands. It has a satisfying weight. You open it eagerly to find a book. "Oh, this is great."

"It's a Gardener's Almanac," Loola says. "During my soon coming imprisonment, you'll need someone to tell you what to do. This book is written by experts and has everything you need to know on how to bring this little orchard to harvest."

As Aunt Loola rises, you hug her once more and offer your arm to lean on as she begins to move slowly toward her son's car. It's hard to say goodbye, but you do reluctantly. It feels like there is a hole in your heart as you watch aunt Loola drive away. You clutch the book she gave you, as the reminder of what she means to you.

For a gardening beginner, gardening books are a valuable resource. None, it seems, has spanned the test of time like the Farmer’s Almanac. In the standard format, you can find the information you need to become a successful planter, grower, and harvester.

In the story, the Gardener's Almanac is our allegory for Scripture. It seems that in the early church, it was thought that Jesus would return to the earth before that first generation had passed away. In fact, we see evidence of this in the Gospel of John. Toward the end of his Gospel, John explains a misunderstanding that had cropped up in the church. In a conversation between John, Jesus, and Peter, Jesus had said to Peter, Maybe I want him [John] to live until I come… So a story spread among the followers of Jesus. They were saying that this follower [John] would not die. But Jesus did not say he would not die. He only said, "Maybe I want him to live until I come.⁠1

Because of this misunderstanding and their intense eagerness to see Jesus return, the early church believed that Jesus would come back before John died. It didn't happen that way. Instead, we are still waiting eagerly for Jesus's return.

The reason I bring it up is related to the Bible. As the apostles of Jesus began to die one by one, most by martyrdom, it became clear that there was a need to preserve their teaching for the next generation. For the next two hundred years, the church worked on collecting all the writings of the Apostles that were verifiably authentic. If a particular letter or book could not be proved authentic, it was left out of the final collection since that was the only safe thing to do.

Within a few centuries of Jesus, there was a solid list of letters and books collected and bound in what we now call the New Testament. It's so important to remember that the Bible began as real people's eyewitness testimony and faith-based correspondence on what it all meant. I so badly wish that the Apostle John, or Peter, or any of the Apostles were still alive today. Since they are not, though, I'm so thankful that their teaching was left behind for us to learn and grow by.

In the next few sections, we'll explore how our Bible habits can bring about abundant life.

2 comments on “The Almanac”