A chapter from
Things Above
BY Lucas Kitchen 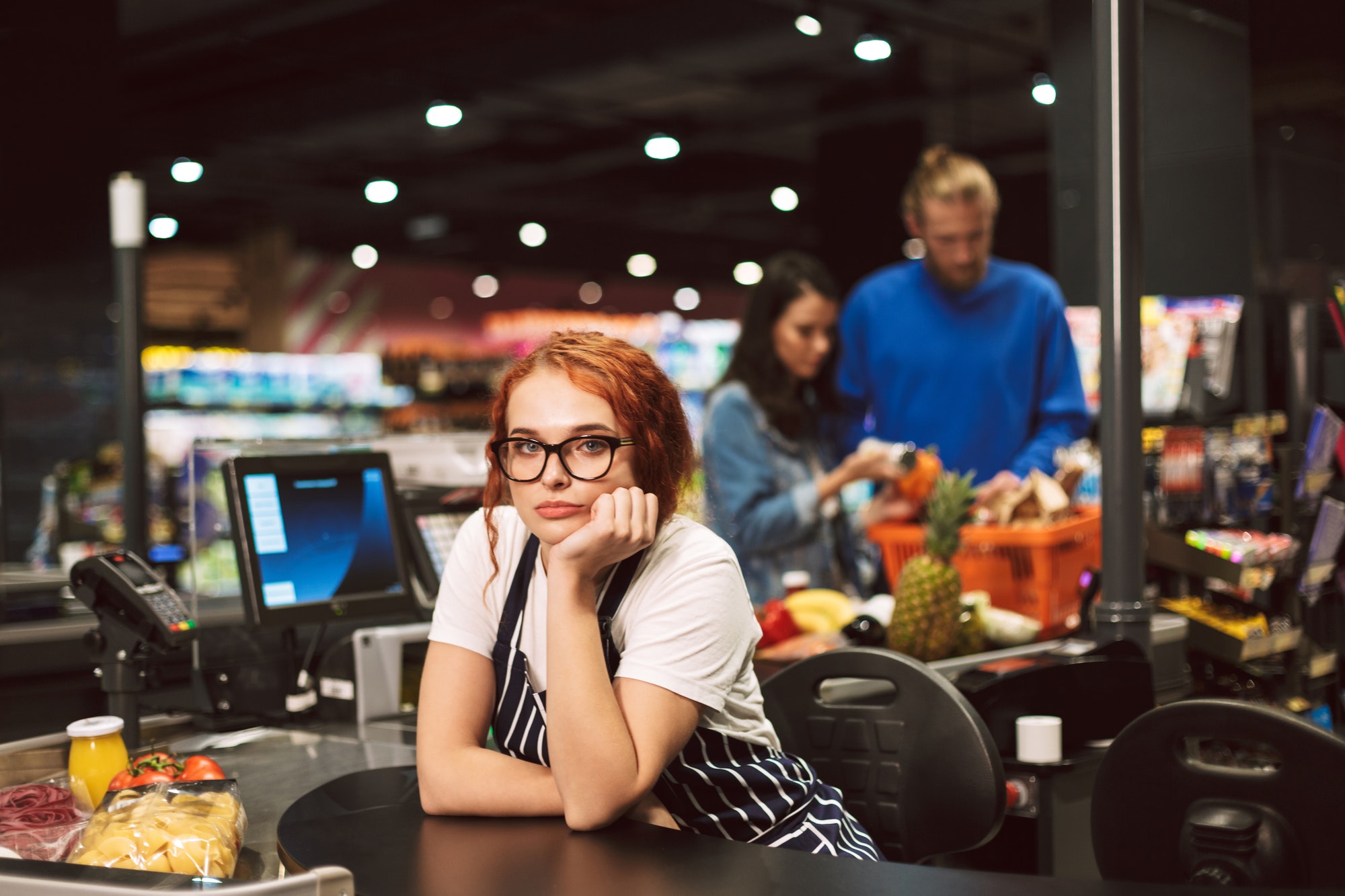 In the passage that this section will explore, Paul discusses the role of slaves. Though there are some translations that soften the word to bondservant, or even servants, the word slave is an apt one. Before we discuss the expectation of slaves and why it matters to us, let's explore ancient slavery a little.

When we hear the word slavery, our minds are drawn to the slave trade of the 1700-1800s. The American slave trade was a deplorable endeavor, and I'm appalled at its severity and cruelty.

However, slavery in the ancient world, especially at the time when Paul was writing his letter to the Colossians, was somewhat different than the cruel system of the American slave trade. First of all, it was an enormous industry. It's estimated by some experts that the American slave trade was supported by the import of a few hundred thousand slaves from Africa. Compare that to the fact that around a quarter of a million slaves were sold in the Roman Empire every year for hundreds of years. There were millions upon millions of slaves in the ancient world. Another huge difference was that slavery in the ancient world was not based on race. Slaves came from all races. In fact, a slave owner could be the same race as his slaves, which was common.

There were a few ways that people became slaves in the Roman Empire. The vast majority were captured during war from the ranks of enemy armies and civilians. Many others found themselves in slavery because of debt after they had defaulted on a loan. When the debt was paid off, the slave would be freed. There were also some who were kidnapped and forced into slavery by pirates. There were laws against this, and the empire's navy was often fighting off the pirates that perpetrated this crime.

For the most part, only criminals were forced into brutal forms of manual labor-based slavery, the worst of which was working in the mines or in quarries. Average slaves were not expected to do such dangerous work.

The kinds of jobs that could be fulfilled by slaves varied immensely. A household slave might be a barber, cook, hairdresser, launderer, nanny, teacher, secretary, seamstress, accountant, or physician.

With the exception of criminals, obedient slaves were allowed to be paid, save money, own property, and buy their freedom. This did not always happen, of course, but many slaves were often allowed to do just that.

A disobedient slave could be treated very badly, but an obedient slave could experience a fairly normal life. There were slaves of wealthy houses that lived in more comfort and stability than many other free citizens. There were debt slaves that chose to remain slaves, even after their debt was paid. Life could be tough, but it could also be reasonably good for slaves.

Now you may begin to see how this subject could relate to us, even today. Slavery in America was abolished in 1863, so hopefully, no one who's reading this is a slave. However, most of you who read this have a job. In fact, some of you guys might do the same kind of work slaves used to do. You might be a barber, cook, hairdresser, nanny, launderer, teacher, secretary, seamstress, accountant, or physician. The roles that servants and slaves played in ancient cultures have now been replaced by paid workers.

Though you're not a slave, if you've ever had a job and a boss, these verses have something to say to us about how we operate under our occupational superiors.

Let’s take a look at what Paul says:

Slaves, obey your human masters in everything. Don’t work only while being watched, as people-pleasers, but work wholeheartedly, fearing the Lord. (Col.  3:22)

Clearly, Paul is addressing a certain group of people, to which we do not belong. However, imagine that we could sit down with Paul and ask him, "but what about hired workers? Does this apply to us as well?" I'm confident that he would say, "Yes."

I knew a man who had a job in a little office where the boss never visited. His job consisted of a combination of in-office and out-of-the-office work. In his office, he had a bunch of old computers that were stored there. He stacked them in such a way that they created a little cave-like opening that you wouldn't be able to see if someone looked into his office. While he was on the clock, he would climb into the little hibernation cave he'd created and take a nap. On the rare occasion that someone popped into his office, they would think he wasn't in, seeing only a stack of old stored computers. He never got caught, but I always imagined the moment his boss might find him snoozing away.

Even he would admit that he wasn’t fulfilling what this verse teaches workers to do. Notice how Paul puts it:

…Don’t work only while being watched, as people-pleasers, but work wholeheartedly, fearing the Lord. (Col.  3:22)

I have a friend who has been asking his pastor for a sermon about work for some time. He has a great job, with good pay and friendly staff. The only problem is, he doesn't care one bit about the work. I recently texted him. He said he was currently in his cubicle watching YouTube videos about Yosemite national park, which was not in his job description, obviously. I talked to him on the phone during his lunch break. He said, "I'm going to walk around Walmart because my job is so boring." I forwarded the verse above. His response was "ouch." When we talked, he clarified what he wanted to know.

He said, “If I don’t like my job, should I expect God to give me a passion for it, or should I quit and do something else?” This is where modern working people differ from slaves. Slaves didn’t have a choice, but many working people do. No matter what you do, you should do it wholeheartedly. However, there is no shame in going after a career that is easier to put your whole heart into. If you have the resources and background to find work that is more satisfying, then go for it. However, not everyone has that option. But what do we do if, for whatever reason, we're trapped in a job that we hate? The instructions from Paul are clear: as long as you are doing that job work wholeheartedly, fearing the Lord. If a slave can be expected to work wholeheartedly for no pay, then I’m sure we can be expected to for minimum wage or more.

Beyond the spiritual aspects, there is something very practical about all of this. Imagine what kind of effect this approach would have. In the ancient world, it was common to find slaves who wished to be free. It was not unusual to discover servants who slandered, disrespected, and cussed out their masters when their backs were turned. Envision how amazing it would be in that context to come across servants who maintained a hearty attitude and a wholesome mindset.

The same is true of a worker who maintains a Godly work ethic today. Workers who do what these verses say will not only be rewarded by the Lord someday but often their human bosses will take note of their superior attitude and output. Not only can this approach change one's spiritual life, but it can also change a person's economic future as well.

Just in case we begin to fear that Paul is endorsing slavery, let’s take a look at what he says to masters, (the ancient world’s equivalent of bosses).

Masters, deal with your slaves justly and fairly, since you know that you too have a Master in heaven. (Col.  4:1)

Do you have employees or subordinates at your place of work? Masters and bosses should be fair to their workers. They should give them the dignity of justice.

We've all known bad bosses. There is a movie franchise devoted to the humorous concept. However, it's not funny when you're experiencing it. I have a friend who had a boss that threatened to throw him out of a window when he announced he was quitting. I personally had a boss that would spray me with air freshener since he was under the impression I didn't bathe often enough. Bad bosses, listen up. Paul is giving a clear line on how you ought to manage your subordinates. You are to treat your employees justly and fairly.

He reveals one of the great sources of workplace injustice: forgetting who’s really in charge. No one on earth is bossless. God is the big boss, and He deals fairly and justly. We ought to emulate that approach. Paul goes on to give the grand motivation for doing wholehearted work, even when we struggle to enjoy it:

And whatever you do, do it heartily, as to the Lord and not to men, knowing that from the Lord you will receive the reward of the inheritance; for you serve the Lord Christ. But he who does wrong will be repaid for what he has done, and there is no partiality. (Col.  3:23-25)

Slaves were generally unpaid. Workers, today, get pay. The Lord knows whether we've hardly or heartily worked.  He is the one who will finally fulfill the payroll. He's going to consider every one's work, both spiritual and mundane. This would have been a tremendous comfort to believers who are slaves in the ancient world, who seemed to get nothing in return for their servitude. Jesus doesn't forget. How much more is this true for people who are being paid for their work in today's society. If a slave is expected to work wholeheartedly, we should too.

Even when you're at work, you are serving the Lord, and He will pay you with the reward of the inheritance. This reward of the inheritance is not talking about salvation. Instead, it's talking about eternal reward, which is an extra recompense for our work done as believers. There will be those in the kingdom of heaven who have a ton of eternal reward and those who have none. I've written an entire book on this subject if you'd like to take a look at it. It's called Eternal Reward: It Will Pay To Obey.

Even on our hardest days of work, we must remember who we're really working for. We're working for the Lord, and he has in store the reward of the inheritance for those who serve Him in all they do. It’s amazing to think that you will potentially get eternal reward in heaven for how you perform at work.

Obviously, Jesus doesn’t care about profit margin. His economy is interested in something more lasting. When you work with all your heart at a job which is less than exciting, others will notice. Wholehearted workers are building a platform of influence. Hard workers get noticed. People who get noticed are able to share their faith. Work wholeheartedly as if Jesus will do your job performance review.