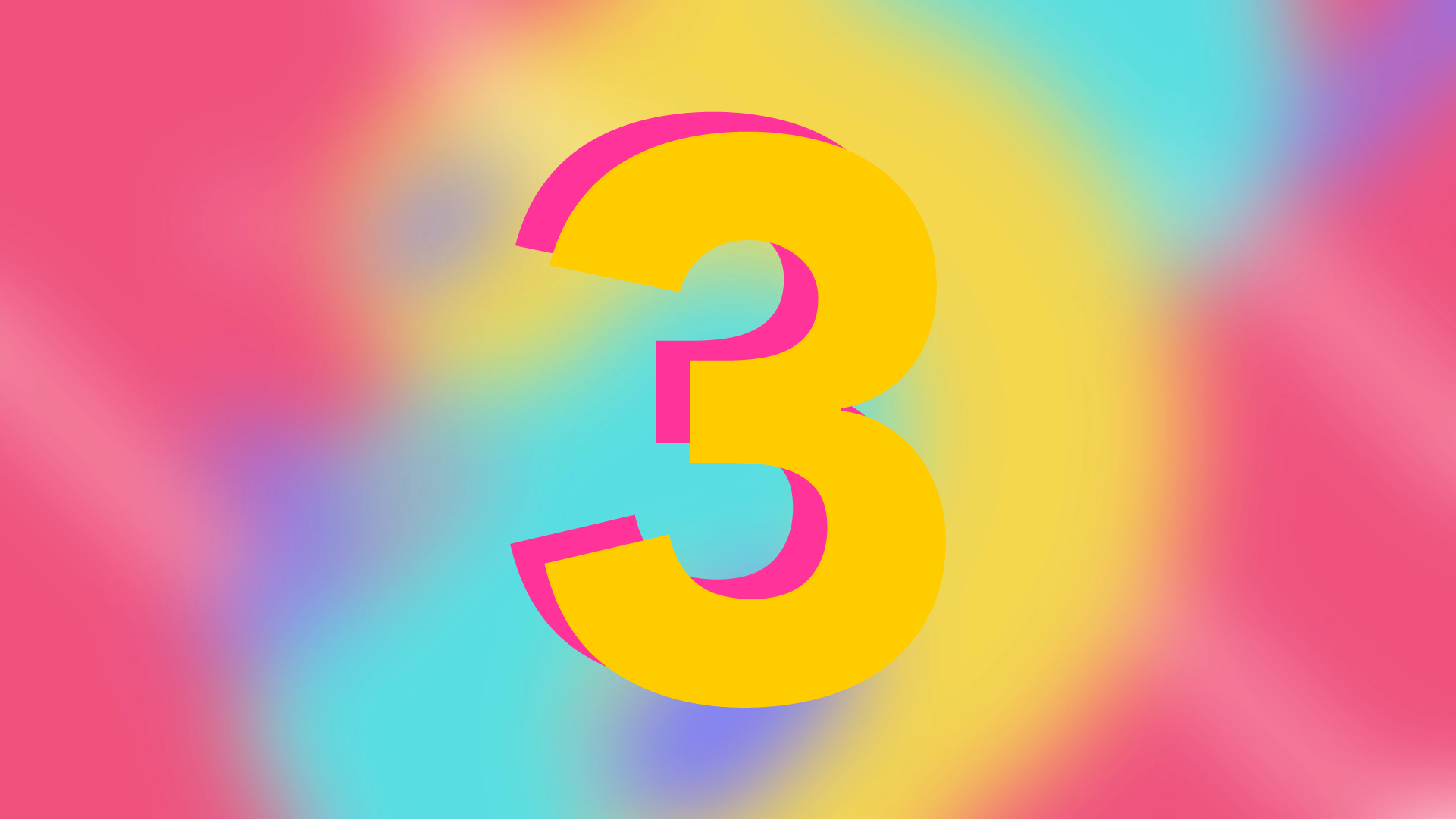 “Now it happened, as I journeyed and came near Damascus at about noon, suddenly a great light from heaven shone around me.

The Apostle Paul is often seen as the gold standard when it comes to testimonies. His example in Acts 22 is typically used as the blueprint for how we should build our own stories, especially in light of his life before and after meeting the Lord. We are told that in this passage Paul gives us the traditional, three-step format we have grown so accustomed to in the church.

Step 1: Describe all the awful, sinful things you did prior to salvation.

Paul describes his sinful state before salvation. He was a Pharisee, but not only that. He was actively involved in persecuting the early church, killing many (vs3-5).

Step 2: Describe the moment of salvation.

Then the Lord came to him with a bright light on the road to Damascus and Paul came to faith (vs6).

Step 3: Describe how you have stopped doing all those sinful things now that you are saved.

After he was saved on the road to Damascus, he became a missionary to the Gentiles (vs21), an Apostle of God, wrote 13 books in the NT, and established churches throughout the Roman Empire and died as a martyr for the Lord.

A Testimony of Extremes

I've even been asked, “What was your Damascus road experience?” That’s an intimidating comparison for this simple girl from South Carolina. For those of us with less than glamorous testimonies, this is a hard story to emulate. There was no bright light and audible voice from heaven when I came to faith. I wasn’t blinded, then miraculously healed, then became an apostle that could speak in tongues, heal people, even raising some back to life. Do you know anyone else with such an incredible “testimony” today? Paul has a unique story in regards to the circumstances surrounding the moment he came to faith. Further, Paul stands on the extremist ends of both sides of the traditional format for testimonies.

His “step one” begins with murder. That’s a pretty extreme example of an unbeliever before coming faith. In fact, murder is considered the worst thing another person can do to another person. His “step three” is also extreme. Paul became the world’s most prolific missionary. This wasn’t just a lifestyle change, this was a shift from one extreme to the other, and it's often pictured as an overnight transformation. Even if we concede to the common format, this is a hard example to follow.

Paul’s testimony is far from the average experience. Therefore, we should be careful in how we apply it to our own and other salvation testimonies.

Also, Paul wasn’t following the traditional three-step process so many claim he is in Acts 22. Is he really describing all the sinful activities he was involved with before coming to faith as is recommended in “step one”? Right before Paul gives his testimony, he is in the temple when a certain group of Jews from Asia create a mob leading to his arrest (Acts 21:26-36). At the end of chapter 21, we are told that Paul was speaking Greek but switched to Hebrew when addressing the mob (vs40). Luke emphasizes this point in Acts 22:1. The mob fell silent when they heard Paul speak in the Hebrew tongue. Before we even get into the testimony, we see Paul make this very strategic move in addressing these Jews. While they would have been able to speak Greek, Paul identifies himself with his audience by speaking Hebrew and they respect him more for it. Further, with his first words to them, he identifies himself with his audience by calling them “brethren” and “fathers” as a sign of solidarity and respect.

Everything that he says next follows this line of thinking. He repeatedly identifies himself with these men. First, by saying he too is a Jew but not just any Jew: one taught by Gamaliel, one of their most highly respected teachers among the Sanhedrin (vs3a). This would have been similar to Paul letting his audience know he had a Ph.D. He goes on to say that he was not only taught in the strictness of the law but that he was zealous for God, even more so than the mob itself (vs3b). Simultaneously, he complimented the mob for their passion for God, while also claiming he surpassed their zeal. He then describes his persecution of the Way, leading up to his journey to Damascus.

Traditionally, this portion of Paul’s testimony is used as the example of “step one” of how we are to give our testimonies. This is when we’re supposed to list all the sinful activities we did prior to salvation. But is that how Paul’s audience would have heard this portion of the speech? While certainly, the persecution of the church was a terrible thing in Paul’s past, that’s not the perspective of these Jews in Acts 22. Everything that Paul describes from Acts 2:1-6 would have been considered a positive list, not sinful to the mob.

Paul’s point here isn’t to describe his state before salvation to prove he was “really” saved by a transformation of lifestyle. Paul is simply trying to show his audience that he too once believed what they believed. He too was one of them. He taught the law and was zealous for God. He too can speak Hebrew; he is a Hebrew; he is one of them! He is identifying with them so that they will listen. We might say he’s “buttering them up.” This is not a list of “bad” things to the mob, but prestigious and compelling evidence for them to consider Paul’s message. Paul is simply saying; I once believed the things you believe.

While this passage is often used to illustrate the negative characteristics of the unsaved, Paul is actually listing things that his audience would have identified with and respected. That has a completely different application than how it's normally used in the church today.

I was raised in a Christian home. I don’t understand the Jewish, or Islamic, or Mormon mindset when compared to someone who was brought up in that environment. For someone who did grow up that way, they could relate to their beliefs. Therefore, the evidence that convinced them to believe in Jesus for eternal life could be persuasive to a similar audience. Paul is relating to their way of thinking.  Paul also describes his life before faith in another book in the New Testament. In his letter to the Philippians, Paul writes:

Again, Paul lists off several things. He was a Jew, a part of God’s chosen people. He had fulfilled the covenant of circumcision. Not only that, but he was from the Tribe of Benjamin. On top of that, he was a Pharisee, a religious leader, known for his zeal for God. Paul makes it clear: these are things most people would have confidence in.

Does this sound like the testimonies we normally hear? He lists no sins or depravities that he has overcome. In fact, he does the opposite! He gives a very prestigious list of accomplishments. He even goes so far as to say he was “blameless.” This is shockingly different from everything we traditionally hear. What is Paul’s conclusion to his speech? All these accomplishments are meaningless when compared to knowing Christ.

While the traditional testimony focuses on a transformed life, Paul flips all of that on its head. Rather than a list of sins, he sidesteps all the moral and racially pure qualifications he possessed and calls it all garbage. He instead points to the Savior.

There is something worth noting. In Philippians, the Apostle describes himself prior to salvation as blameless, especially as it relates to the law. However, at the end of his life, the Apostle Paul makes another startling statement:

“This is a faithful saying and worthy of all acceptance, that Christ Jesus came into the world to save sinners, of whom I am chief.”

While we often hear people describe their salvation experience by going from sinful to sinless, Paul’s description of himself stands in sharp contrast. The Apostle does not point to some list of accolades as proof of salvation. Instead, he uses his experience before salvation to esteem himself to Jewish unbelievers. In the end, he does the opposite of the traditional testimony. Paul paints himself in a very lowly place, the chief sinner, all while pointing to Jesus. Setting himself up as an example of one who was saved by grace and not by cleaning up his lifestyle.

While Paul certainly describes his life before salvation in terms of his disobedience towards God elsewhere in scripture (1 Tim 1:13), as we saw, he often described his life before salvation as very moral. Someone might even describe Paul as a righteous Jew, and his lifestyle prior to being saved was characterized by obedience towards God. This may seem conflicting, but I don't see it this way. While relevant in persuading people to listen or applying discipleship truths, his lifestyle before and after salvation is irrelevant when it comes to his salvation.

Paul wrote to his friend Timothy:

“...for this reason I obtained mercy, that in me first Jesus Christ might show all longsuffering, as a pattern to those who are going to believe on Him for everlasting life.”

At the heart of Paul’s salvation experience is belief. It isn’t about a grand change in lifestyle, becoming the next great missionary, speaking in tongues, or a bright light. If you aim to emulate the Apostle in those ways, and by default, seek assurance by them, I fear you will spend a lifetime doubting your salvation. However, Paul makes it very clear in this verse the way he is a pattern for us: not in works, but in belief. If you have believed in Jesus for eternal life, you have followed in Paul’s footsteps. Now that’s a testimony I can relate to.

Join us next week for The Disciple Testimony.

2 comments on “The Damascus Testimony”