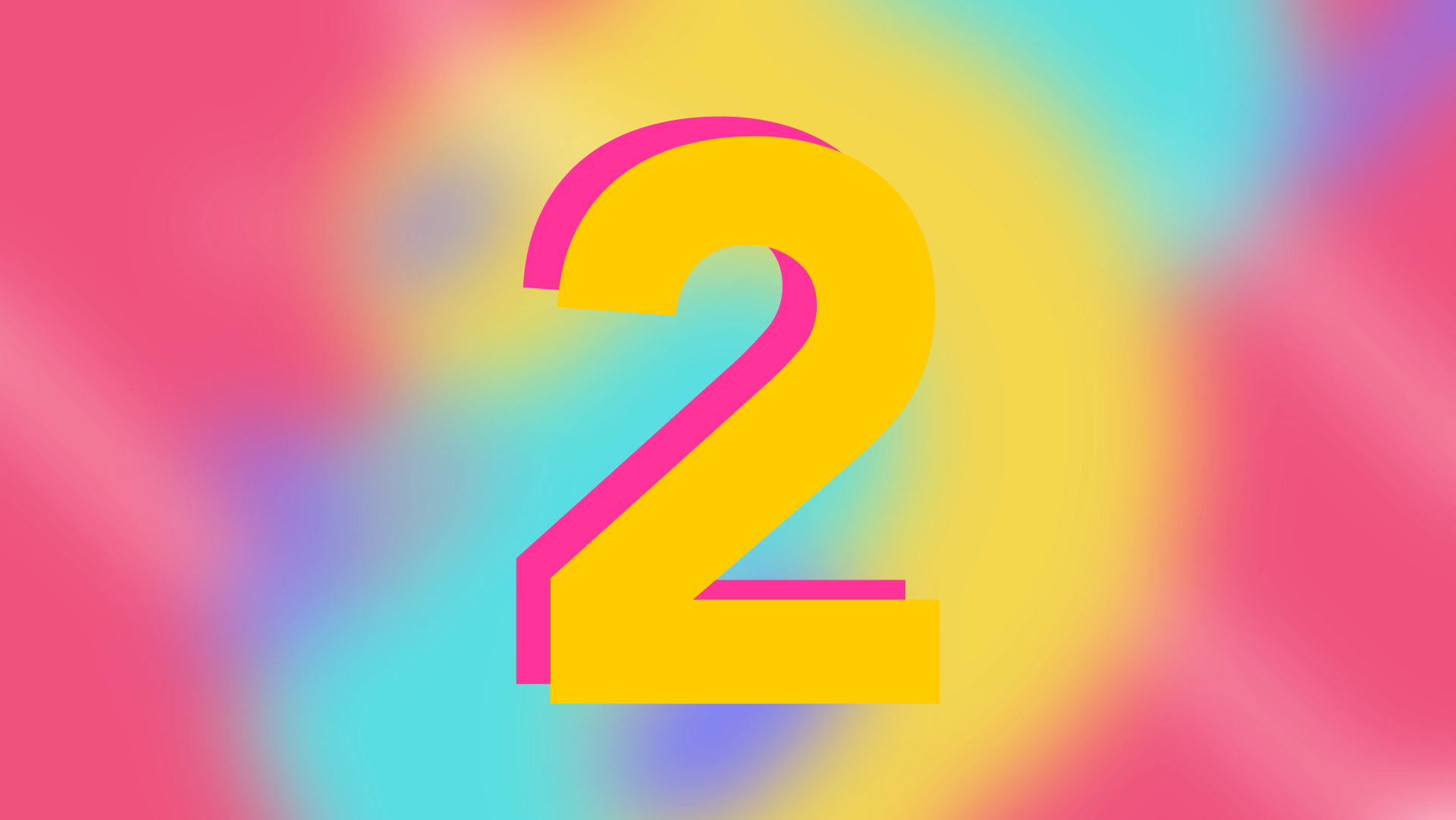 The majority of testimonies given in churches today are confusing.

The majority of testimonies given in churches today are confusing. To make matters worse, I believe most don’t even give a clear gospel presentation. Here’s a recent example: Not too long ago, I was sitting at a dinner table with three evangelical missionaries. The conversation turned to salvation, and each man proceeded to give his personal testimony. The first described how he went into a church, bowed his knees at the altar, and cried out to God. The second said he was saved as a child when he prayed for forgiveness and asked the Lord to enter his heart. The third gentleman gave a detailed account of his life before salvation. He was a bad kid growing up. He bullied girls, stole candy, was a terrible student in school, and was disrespectful to his teachers. He went on to say that he accepted Jesus as his Lord and Savior. After he was saved, he no longer bullied girls or stole things, and his teachers and classmates were all amazed by the transformation in his life. These are standard examples of how people give their testimonies. In fact, if you google “how to give a testimony,” a common formula you will find is as follows:

This formula, or one similar to it, is often found in Christian literature, in practice, and when people train others to do evangelism just like my team member tried to train me. Perhaps you have used it yourself. If so, let’s reconsider this way of doing things. There are a number of problems with the way testimonies are often given. Let’s look at some of them.

The 'Before and After' Problem

The first problem with these types of testimonies is the emphasis on a Lordship formula. Lordship salvation claims that in order for a person to be saved they must submit their life to the Lordship of Jesus Christ. They must turn from their wicked ways and give their life to Jesus. This is demonstrated in the “before” and “after” we often see in personal testimonies. Sadly, this places salvation, or the assurance of one’s salvation, on the works of the individual and not on the promise of Jesus Christ to all who simply believe in Him for eternal life as a free gift (John 4:10, Romans 4:5).

In Matthew 7:21-23, we are given an interesting account. In this passage, we see the unsaved standing before the Lord at the Great White Throne. They will argue with the Lord on that day about their salvation. They think they are saved. Why? Because of their works! They start listing them off, thinking with each example, they are undeniably proving to the Lord, that they are saved. “Lord” they will say…” Look at my works!” It would be comical, if it weren’t so terribly sad. They are baffled by the state of affairs. They are confused by the fact that they are standing before the Lord as the unsaved. These folks are pointing to their works as proof of salvation, but sadly, they are found to be illegitimate children of the Lord. Why? Because they never did the will of the father. They never believed in Jesus for eternal life, apart from works (John 6:28-29). If the unsaved look to their works for assurance and have clearly misplaced their trust, why then should we use that same methodology in our testimonies? The testimony of the unsaved is one of works. As believers, our testimonies should be of grace and faith (Ephesians 2:8-9).

The second problem is that this formula focuses on sin rather than belief. In fact, in all three examples above, not a single testimony mentioned belief or eternal life. The focus of these testimonies is often on the lifestyle and actions of the person rather than what that person came to understand and believe about Christ. These testimonies are focused on external change rather than the internal spiritual birth of the believer.

This is based on a profound misunderstanding about what causes the unsaved to be cast into the lake of fire. Many people within Christendom believe that the unbeliever is sent to the lake of fire because of sin. This is why, when people evangelize or give their testimonies, sin is often the focus. They will say the unsaved person must repent from sin, confess their sins, turn their life to the Lord, say the sinner’s prayer; the list goes on. The three testimonies above reveal the truth of that emphasis: one had to bow his knee; one gave the sinner's prayer; the other listed all the terrible things he used to do and then stopped. This is not only problematic because each man gave a different requirement for what a person must do to be saved, but also because each story is fundamentally focused on the wrong thing.

"And anyone not found written in the Book of Life was cast into the lake of fire."

The issue for the unsaved is not that they are sinners but that they are not found in the Book of Life. In other words, they don’t have eternal life. In Luke 16 the Lord tells the story of the rich man and Lazarus. It’s a unique account in which a rich man dies and goes to a place of torment, or Sheol. Lazarus goes to be in the arms of Abraham. What follows is an interesting conversation between the rich man and Abraham:

“Then he said, ‘I beg you therefore, father, that you would send him to my father’s house, for I have five brothers, that he may testify to them, lest they also come to this place of torment.’ Abraham said to him, ‘They have Moses and the prophets; let them hear them.' And he said, ‘No, father Abraham; but if one goes to them from the dead, they will repent.’  But he said to him, ‘If they do not hear Moses and the prophets, neither will they be persuaded though one rise from the dead."

The rich man's gospel is one of repentance. In other words, the rich man thinks he is in hell because he didn’t turn from his sins and that his brothers need to repent lest they too end up in this place of torment. I have heard people use the rich man’s message as the blueprint of how we are to evangelize. This is a strange application. The rich man is the unsaved one in this story. He is literally in hell. Isn’t he the last person we should be turning to in order to hear a clear gospel? Shouldn’t we look to the believer in this account to have a better understanding of this subject?

Notice the words of Abraham. In both responses, Abraham emphasizes “hearing.” He is not focused on the unsaved brothers cleaning up their sins. He is more interested in what they hear and is concerned if they have been “persuaded” (verse 31). Abraham tells the rich man his brothers need to hear the gospel and believe, not turn from sin and obey.

The third problem with these traditional testimonies comes from the confusion they create. Oftentimes, people use their testimonies as a way to evangelize. When unbelievers hear testimonies like these, they walk away thinking one of two things. The first response they may have is thinking they must clean up their lives in order to be saved. Many unbelievers who hear these testimonies see them as a “clean up my life” form of salvation. If I want to be saved, I have to stop sinning. This is a natural response when we remember these testimonies are so sin focused. The second common misunderstanding that can come from this format of testimonials, is that if a person is saved, they will no longer struggle with sin. An unbeliever thinks, after hearing these testimonies, that if I become a believer, my struggle with sinful desires will be over. On the other hand, a believer hears it and starts to doubt their salvation. A believer may see sin they are still struggling against in their lives, and think “What’s wrong with me? I must not really be saved.” This concept is a prevalent misrepresentation of the Christian experience. The idea, that as believers we no longer sin, or stop desiring sin, or never struggle to obey, is simply unbiblical.

Paul struggled with covetousness. The Corinthians struggled with pride and sexual immorality. The ladies in Philippi liked to fight. Peter struggled with the inclusion of Gentiles into the church. The list goes on and on.

The two responses to the common testimony formula have serious theological problems. One places assurance on one’s work; the other robs people of assurance the moment they struggle with sin. Both place an overemphasis on self and works, rather than Christ and His promise.

Join us next week for The Damascus Testimony.