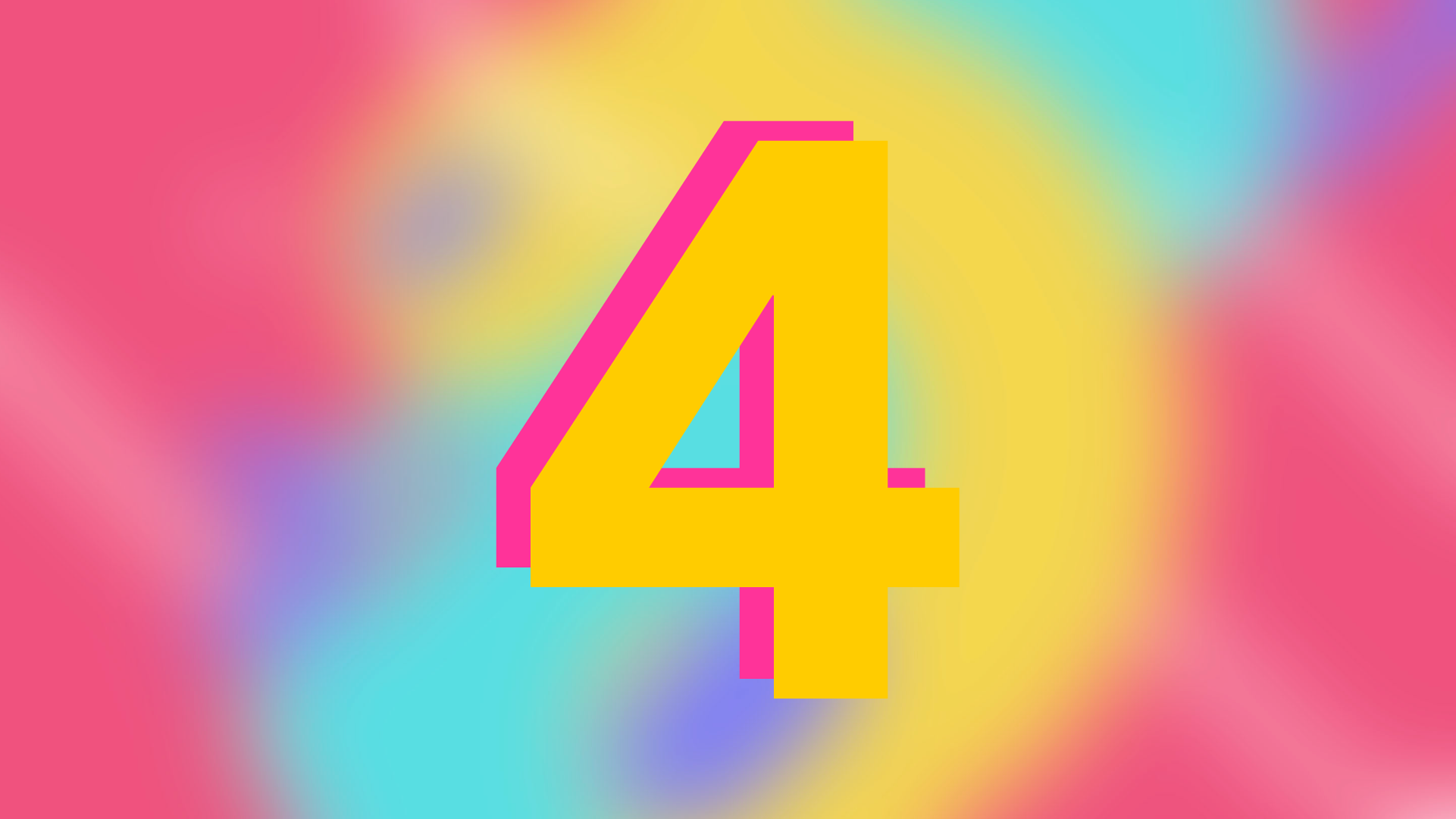 “Then Simon himself also believed; and when he was baptized he continued with Philip, and was amazed, seeing the miracles and signs which were done.”

Have you ever seen a Jenny Craig commercial? With the before and after pictures? Debbie from Delaware is standing in less than flattering biker shorts and a tank top, depressed, with sad music playing in the background. Then…BOOM! She steps into the next frame and is magically transformed. She’s in a sassy cocktail dress, 30 pounds lighter, with better makeup and upbeat music. Debbie ain’t a downer no more!

There is a false idea running around the church today that this is what the Christian experience will be like for folks. You get saved…then…BOOM! All those sins you struggled with before? They disappear! Your desires magically change and you become “SUPER CHRISTIAN!” …Bible sold separately.

This is simply not true. People believe in Jesus for eternal life and still struggle with sin. They still have sinful desires and some even remain enslaved to those sins long after being saved. Sadly, some never overcome the sin in their lives. Yet, the “Jenny Craig” mentality remains, with catastrophic results. As we have already seen, this concept is perpetuated in how testimonies are often presented. Some people get legalistic because of it. Some are overwhelmed by their sin and feel like they can’t overcome it. It can even lead some to doubt their salvation. They see the “weight” of sin in their lives and wonder why they didn’t have a Jenny Craig moment.

If you are one of those people, I am here to tell you a little secret. That commercial is a straight-up lie! It didn’t show the weeks of grilled chicken salads or the months of sweaty workouts, or the many many meltdowns it took to get to that point. To put it simply…

“Do you not know that those who run in a race all run, but one receives the prize? Run in such a way that you may obtain it. And everyone who competes for the prize is temperate in all things. Now they do it to obtain a perishable crown, but we for an imperishable crown. Therefore I run thus: not with uncertainty. Thus I fight: not as one who beats the air. But I discipline my body and bring it into subjection, lest, when I have preached to others, I myself should become disapproved.”

Talk about a work out regimen! Paul’s description here is one of discipline and training. He paints the picture of an athlete rigorously training and pushing himself. It's hard work and costly. It's also something that we could fail at doing.

The Lord also describes discipleship in a similar way. He said it was like a man, building a tower, sitting down to calculate how much it will cost to complete it (Luke 14:27-28). This is not about how we received eternal life. We are saved by grace through faith and not by works (Eph 2:8-9). It is freely given to all who simply believe in Jesus alone for eternal life. This means, even if (or really when) you continue in sin, you are still saved if you have believed in the Lord's promise. Discipleship on the other hand is a different story.

Sadly, what is happening is a mixing of discipleship and salvation. People sandwich months, if not years, of sanctification growth in their salvation accounts and make it sound as though both occurred simultaneously. We have already discussed some of the pitfalls of this issue, but there is another element to this discussion worth mentioning.

Mixing discipleship with salvation can cause us to misinterpret scripture.

In the book of Acts, we are introduced to a man by the name of Simon. Due to the ministry of Philip, Simon came to faith and was also baptized (Acts 8:13). However, later on in the account, we see Simon bribing the apostles in hopes of buying the ability to perform certain spiritual gifts. Because of this, he is rebuked by Peter and told to repent (Acts 8:14-24).

Many come to this passage and think Simon wasn’t saved. They look at Simon's actions and because they don’t see the immediate transformation that is perpetuated in testimonies today, they cast Simon off as unsaved. The Jenny Craig fallacy frames the passage, and thus, many misunderstand the passage. This is a failure to separate salvation from discipleship.

This is also a failure to allow for growth and spiritual maturity in the life of a new believer. We are told Simon believed (8:13). There is no need therefore to doubt that Simon was a born-again person. What we see in Simon is an individual who had a lot of maturing to do in his Christian life. We are told in this passage that Simon was a sorcerer before coming to faith. He was a man, who for years, dealt intimately with the demonic world. This was not someone coming from a Jewish or Christian background. This was an individual coming from extreme spiritual darkness. He undoubtedly had a lot to learn.

Not only that, but we are told that the people were amazed by his abilities prior to coming to faith (vs11). Simon was popular because of his sorcery and people admired him. He was powerful and with that came the pride and money that often follows those with such fame. Simon was an immature, baby Christian who was struggling with the ramifications of his background.

People don’t want to talk about that part. We are uncomfortable by the failures of this man. Because he doesn’t fit into our romanticized version of Christianity, many toss him out and label him unsaved.

But Simon was a real man, with real spiritual problems that weren’t going to disappear after believing in Jesus for eternal life. Some will find that truth hard to swallow. I disagree. I find this example incredibly comforting. I have a lot to learn too and I need time to do it. I have failed and will fail again. We all have been a Simon at some point in our Christian walks. We need time to mature too. Sometimes, we need to be rebuked because of our faulty thinking. Simon certainly needed to have his way of thinking rebuked.

This is apparent in Peter’s response (8:20-23). Notice Peter’s rebuke isn’t to an unbeliever to come to faith. He doesn’t tell Simon that he needs to believe in Jesus for the gift of eternal life. Peter is warning Simon about the intentions of his heart. This is about money and power for Simon. Peter is warning him that if he continues down this path, he will not only end up losing his money, but could also experience the discipline of God physically. This is a warning to a baby Christian, to turn from their sinful actions, so they don’t experience the consequences of sin in their life.

This passage and many more like it are sadly misunderstood because of the Jenny Craig mindset. This is why we need to make sure we describe salvation and discipleship as two distinct experiences. There is a time and place for testimonies in which we have seen the Lord transform us and helped us overcome sin in our lives. These types of testimonies are incredibly edifying for other believers, especially for those that may be struggling with similar situations. I imagine there are many who find Simon's story helpful and encouraging, especially for new believers in areas of the world where witch doctors and sorcerers are still very popular.

We can encourage other believers with our “weight loss” journey within the context of discipleship but this is not the same as discussing our salvation experience. This is important because there are many people who remain in sin after salvation for some time. There are other believers who struggle with the same sins they struggled with prior to coming to faith. There are even some born again people who remain enslaved to sin their whole lives.

In the United States, we have a culture of immediate gratification. We love to see “before and after” pictures of people. Baby bump progressions, make-up transformations and the big reveal for home improvements. There is something about the instantaneous change of these examples that is so entertaining and satisfying. In full transparency, I’m so impatient sometimes. I will jump to the end of a 3-minute video to see the final result. I can’t even wait 3 minutes!

Marketing experts know this which is why we see them so often in commercials. It makes people think that whatever they are selling is a quick fix. However, we all know that babies don’t grow overnight and we all know those makeup gurus didn’t wake up looking like that. In the same way, maturity in our spiritual life is not something we can skip over. We need to keep that marketing tactic out of our testimonies.

With the Apostle Paul we often see people fast forward the story to get to the juicy bits. However, in Galatians 1:17-18 we are told that Paul went to Arabia after he was saved. Between the time of the Apostle Paul's salvation and his return from Arabia, 3 years passed. It would be another 14 years before the Apostle Paul would begin his missionary journeys (Gal 2:1). That’s almost two decades of maturity between Paul’s salvation, and his mission work. Certainly, that time was needed for the Apostle to be prepared for his work among the gentiles.

Join us next week for The Dramatic Testimony.