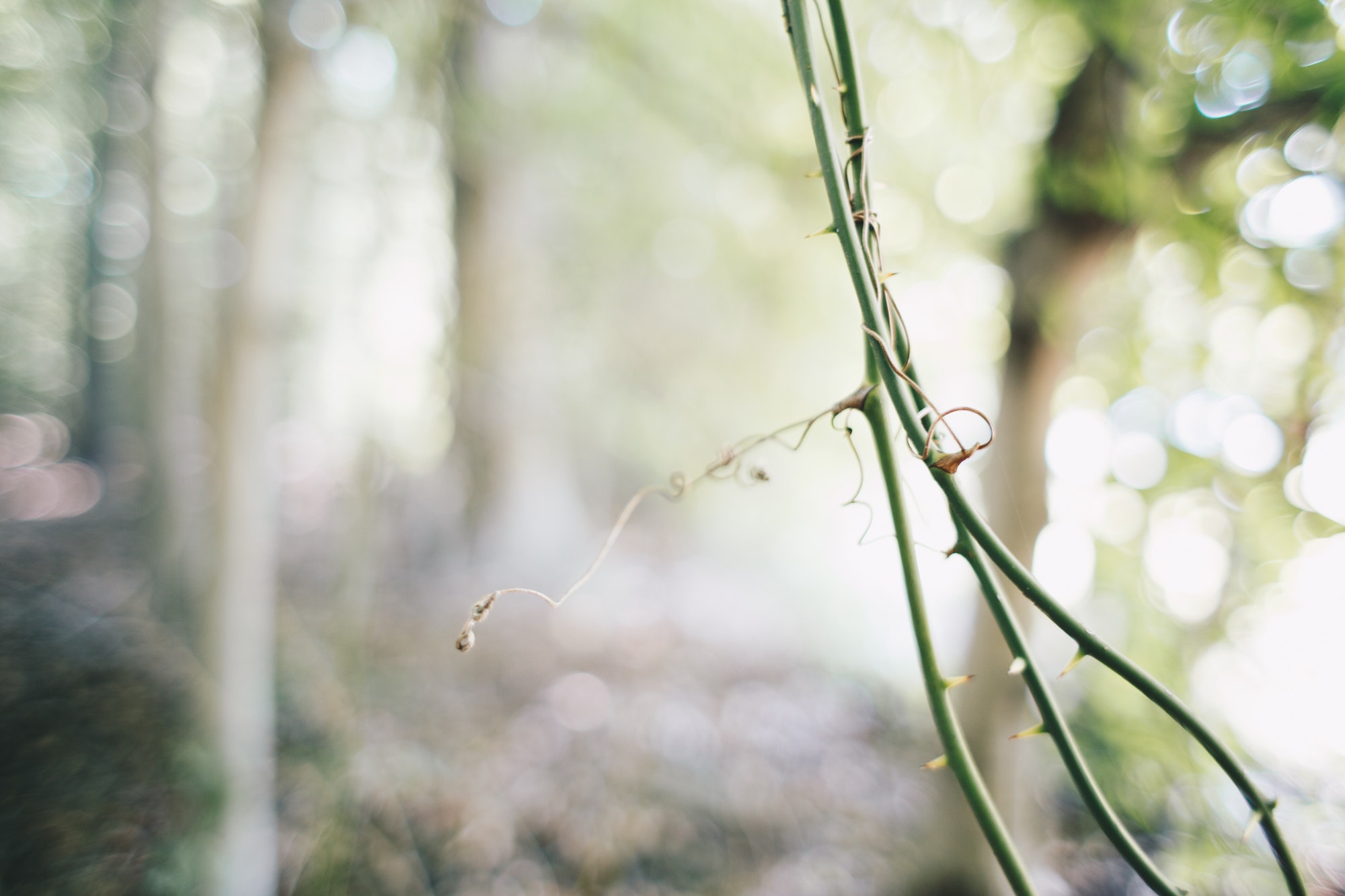 Before digging in to The Thorny Ground check out weeks one and two here .

As we have seen in our previous blogs, the parable of the four soils addresses the different responses people have to God's word, the “seed.” The first ground was the hard soil, which represents the unbeliever. The second ground was rocky, representing Christians who fall away during times of trials. Today, we are going to be taking a look at the third soil, also known as the thorny ground.

When the Lord gives the parable of the four soils in Luke 8, He describes the third soil by stating:

And some fell among thorns, and the thorns sprang up with it and choked it.”

Later, when explaining the parable to the disciples the Lords tells them:

Now the ones that fell among thorns are those who, when they have heard, go out and are choked with cares, riches, and pleasures of life, and bring no fruit to maturity.

God's word falls upon the ground where there are thorns. The Lord tells us that this seed “springs up.” As we saw last time, to “spring up” indicates life. This seed wasn’t eaten by birds like the first soil. It produced a plant; therefore, it has life.

The issue then is not whether or not this person has believed in Jesus for eternal life. They have received the word. They have believed, and therefore they have life. The issue now is the quality of that life.

On occasion, I pretend to be a gardener. I don’t know much, but one thing I do know is when a plant is sick. It's not hard to spot the sickly plants from the healthy. In fact, as I write this, I am sitting next to two big potted plants. Their leaves are beginning to droop, and I am certain that if I were to touch their soil, it would be bone dry. Their leaves give them away. They need water. No one would deny that these potted plants are alive, just like you wouldn’t look at someone who was physically sick and claim they were never born.

Sadly, many pastors and teachers will come to this parable and apply it that way. Many will claim that the rocky and thorny soils represent unbelievers. They will say that because they are sick and there isn’t any fruit, these plants must represent false believers. They conclude these plants didn’t “really” believe; otherwise, they would have persevered under trials and temptations. This is not the Lord's message.

The issue is quality of life, not whether or not they have life.

These are sick plants, not seeds that failed to spring up into life. Believers can become, and many are spiritually sick. In the case of the thorny soil, we are told by the Lord that these believers are sick because they are distracted by the “cares, riches, and pleasures of life.”

This is a practical, and all too often, relevant warning for believers to hear. Haven’t you known a believer who is more distracted by the world than concerned for the coming Kingdom?

I think there are two general examples of this type of believer. The first could be the believer that falls into more obvious, outright sin. King David comes to mind. Here we have a man after God's own heart, and yet he was tempted by the “pleasures of life” and committed adultery. Talk about some thorny ground!

Another, maybe less obvious, example could be the person who is simply more focused on their life here and now. Perhaps someone who prays and even gives his money to the mission’s fund but works 80 hours a week. He is more worried about his job than his spiritual growth or serving God and others in a local church.

Sadly, we have all known Christians like these examples. If we are being truly honest, I think we would have to admit that we have all been that Christian at some point in our lives.

I used to have this huge pear tree in my backyard. Sadly, this tree was completely overgrown with thorns when we moved in. I never could get them completely off of the tree. We were constantly going back there to keep the thorns at bay. Because of the thorns, the pears were always super small and inedible.

Again, the issue here is quality.

The believer who is distracted by the world is like my pear tree. He can still produce fruit. He can be like my example of the workaholic who still gives his money to the mission’s trip. He is producing something. His fruit just isn’t ripe. Such a believer does not grow into maturity. There is still something being grown, just not healthy fruit.

Another biblical example of this type of believer is found in 2 Timothy. The Apostle Paul is writing his last letter to Timothy. Paul is in prison and is about to be put to death. As he concludes his letter, he writes:

Be diligent to come to me quickly; for Demas has forsaken me, having loved this present world, and has departed for Thessalonica—Crescens for Galatia, Titus for Dalmatia. Only Luke is with me. Get Mark and bring him with you, for he is useful to me for ministry.

Paul asks Timothy to come to him quickly (v. 9). Then, we are told about a man named Demas. We know from other passages that Demas was a travel companion of Paul (Col 4:14, Phlm 24). He worked alongside Paul in his ministry. Demas was a fellow worker, serving alongside the Apostle. Sadly, in verse 10, we are told that Demas abandoned him. He left the Apostle because he loved the world more than the ministry.

Notice, Paul doesn’t denounce Demas as an unbeliever. He doesn’t say Demas was unsaved. He simply shines a light on what caused Demas to fall away. He got ensnared with the pleasures of the world. He wanted to go home. He was tired of the mission field. He didn’t want to go hungry or face uncertain dangers. Demas saw Paul in prison and decided it wasn’t worth it. Here is a man that had produced some fruit, but it was stunted by the pleasures this present age seemingly offered him.

We don’t know what happened to Demas. Perhaps he returned to the ministry, maybe not. However, there is another example of a thorny soil in this passage. Paul asks Timothy to bring Mark in verse 11. This is an interesting request, because at the beginning of Paul’s ministry Mark also abandoned Paul, and the mission field and returned home. After that mishap, the Apostle Paul didn’t want to work with Mark again (Acts 15:36-40).

At the end of Paul’s life, however, we see the Apostle asking for Mark to come. Mark has rejoined the ministry in his work, and now, Paul desires to see him.

I think this speaks to an important element to this parable. Maybe you have realized it, or maybe you have not, but you are in this parable. You fall into one of these four categories of people. But, wherever you are currently does not determine where you will remain.

This parable is not portraying a permanent state for the soils. It’s a snap shot.

Perhaps you are the hard soil. You are unwilling to believe in Jesus for eternal life. That doesn’t mean you have to remain in that state.

Maybe you are a Demas who has fallen into worldly pleasure. There is still time for you to turn from those sins, and return to fellowship with the Lord, and serve Him. At one time, Mark was a thorny soil. However, he came back and was used by the Lord in many ways. In fact, he was one of the authors of Scripture, having a book named after him.

When I was a kid, there was a popular movie with Robin Williams in it called Jumanji. In the movie, Jumanji is a very dangerous game, and among its dangers was a vine that grew unnaturally fast and spat poisonous barbs from beautiful flowers. At one point, it even attacked one of the main characters and almost killed her.

In a simple way, I think this gives us a picture of what the Lord is trying to warn the disciples about in the parable.

We live in a dangerous world, much like Jumanji. Some things look pretty, and even innocent, but are really hiding poison. These things try to wrap us into their clutches. We can become ensnared in these vines if we are not careful.

Please join us next week as we take a look at the final soil in our series, the good soil.

4 comments on “The Thorny Ground”