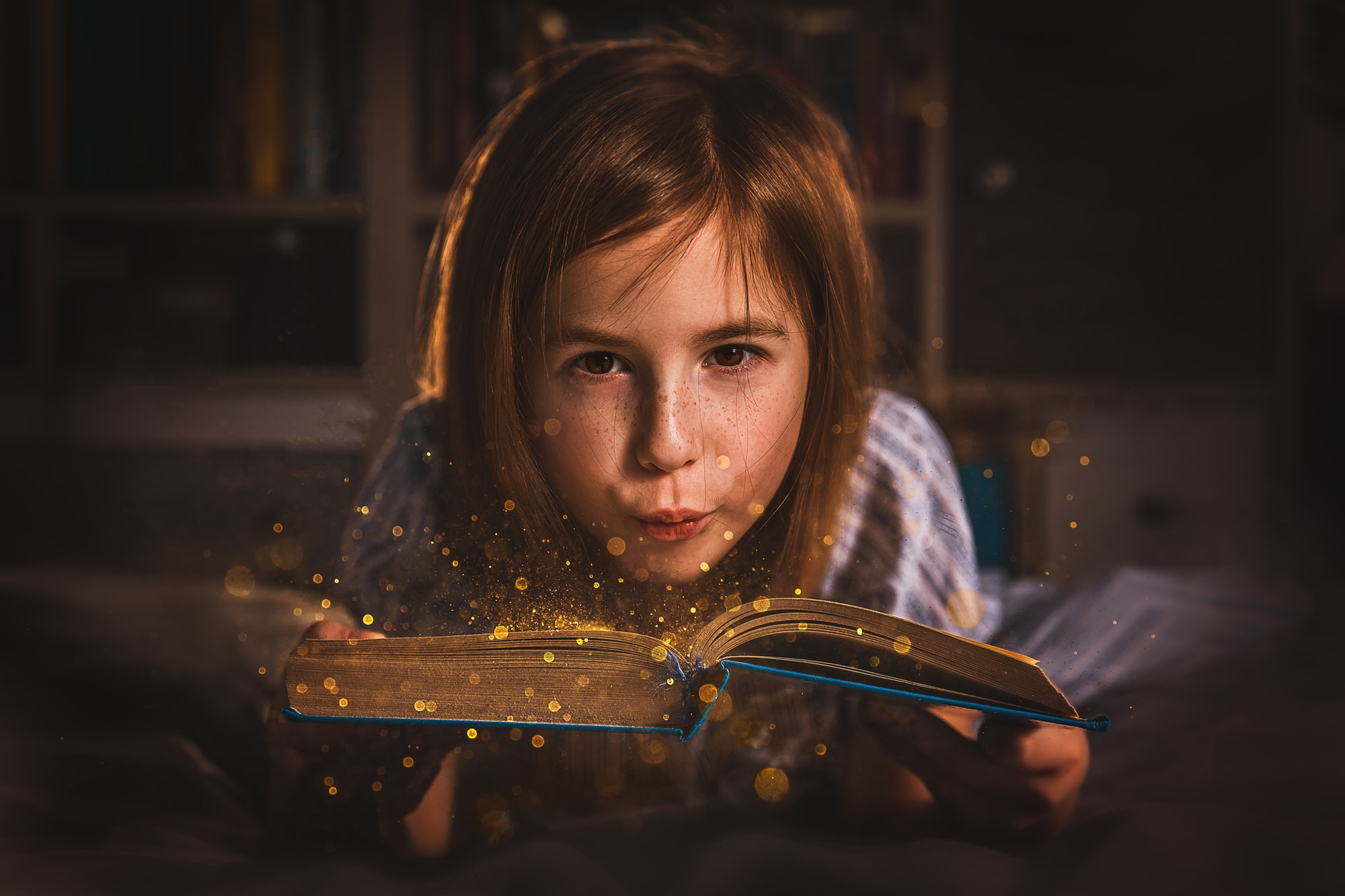 In this book, there are characters that fly, appear and disappear, travel in time,  do battle with dark powers, take control over the forces of nature, predict the future, cure incurable diseases, fight off extra-terrestrial possession and invasion, and bring people back from the dead, to name just a few.

It's not written as fiction, though. Now, reading the list of things that some of the characters can do, you probably would expect it to be science fiction or fantasy, but it's not. It's clear that the authors didn't intend it to be read as a fictitious story, they intended it to be read as an account of actual events.

"Authors plural?" you might ask. Yeah. This book isn't really a book. I mean it is in the sense that you can find it in book format, but it's more like a series of non-fiction short stories by different authors that were compiled later. It might be more accurate to think of it as a true-life short-story anthology.

A vast number of people have read this book and claim they believe the characters did the amazing fantasy/sci-fi type stuff that the book says they did.

Don't get me wrong, not everyone is convinced, but there are a lot, and by a lot, I mean millions. The book's popularity has spread into all segments of society, not just sci-fi or fantasy lovers.

Despite there being lots that believe the book is true, many people have never read it. Of the ones that have read it, many haven't ever read it all the way through. It's really common for people that pick it up to read little sections or even just a line or two here or there.

Weirder still: There are millions of people that have never read the book but claim adamantly that they don't believe all the stuff that's in it. It's weird that people would claim to not believe something they've never read. How do they know?

Some would argue that they have heard enough from others about the book to know they don't believe it. I suppose that's fine for them, but I can't imagine hearing about a non-fiction book full of characters with magical powers and just saying, "Nah, I'll pass."

I Have To Know

I would think of that as the most important thing in human history. I would have to investigate it for myself. I would not leave such an important decision up to someone else. I'd have to know for myself.

I read sci-fi and fantasy pretty often. I get excited about a good sci-fi story even though I know it isn't real. How much more exciting is it to envision a world where these types of things actually could happen? That is without question, the most exciting thing I could possibly imagine.

I read it, and I know it sounds crazy but I'm convinced. I believe it is true.

Where To Get It

So, you may be thinking, "where do I get this book?" The simple answer is, in your hand. If you have access to a handheld device or a computer you can read this book. There are people that believe the things in this book so much that they have devoted their lives to making it free. Don't like reading? No problem. There are audio versions.

Many people have tried to read this book starting at the beginning, which is a fine way to do it. Others like to start in the middle. I know, it sounds strange, but there is a natural divide in the middle of the book. Starting with one of the non-fiction short stories after the divide is a popular way to begin.

If you don't know how to get a copy of the book I'm talking about, send me a message. I'll help you out.

If you have the book I'm talking about but haven't read it in a while, maybe it's time to pick it up again.

2 comments on “A Completely Unique Book”