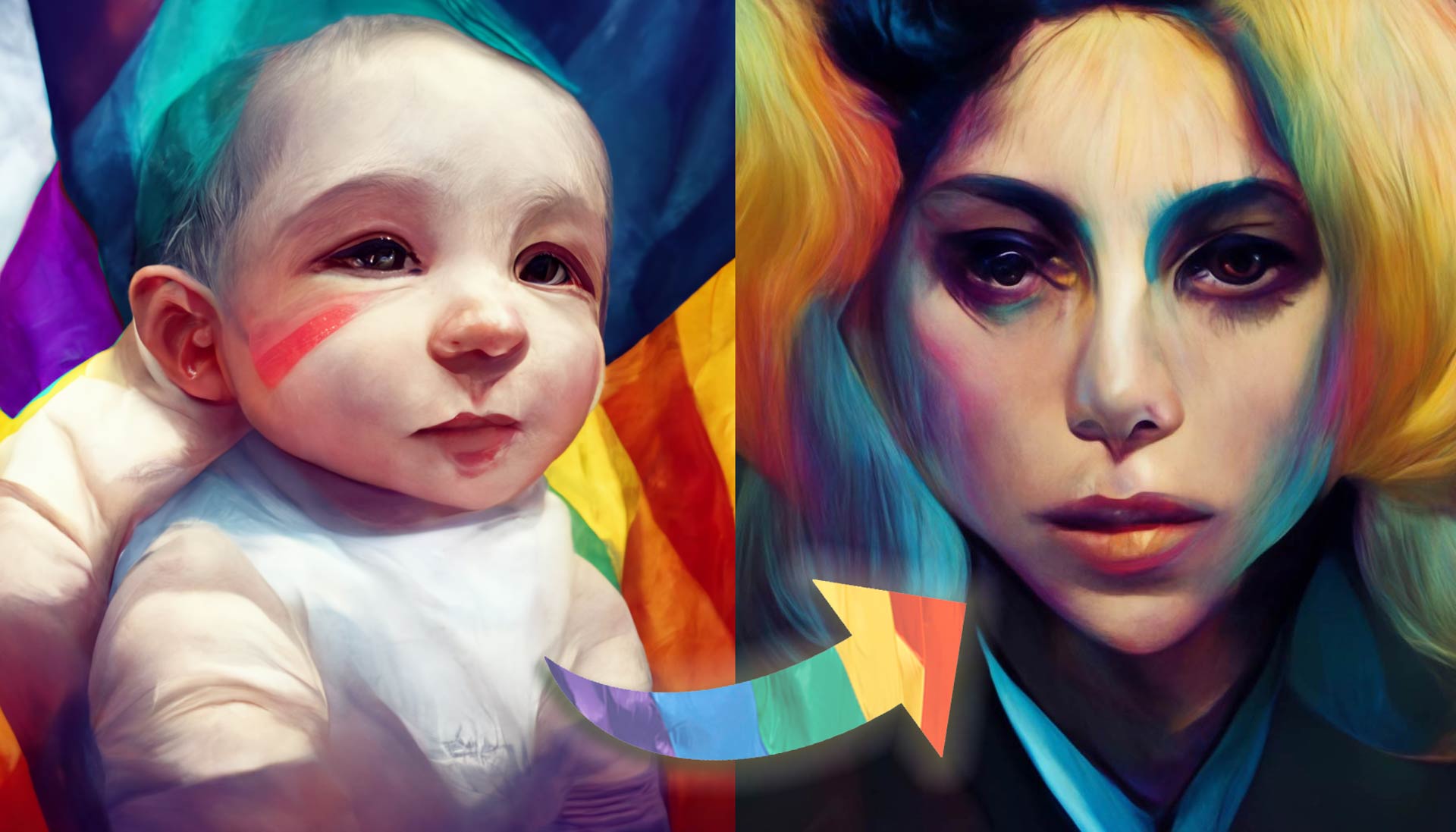 It Doesn't Matter If 'You Were Born This Way'

No matter gay, straight, or bi’, lesbian, transgender life...
I’m beautiful in my way ’cause God makes no mistakes
I’m on the right track, baby, I was born this way.

You’ve probably heard the LGBTQ+ argument, “I was born this way.” It sounds compelling at first, but it’s another one of those pesky lies society sells.

I don’t know whether someone is born with LGBTQ+ inclinations or if it develops over time, but it doesn’t make a difference. The point is moot, and here’s why.

It's not about being born this way; it's about whether you should stay this way.

I was born selfish. I wanted momma all to myself, and I’d shove and cry if my brothers tried to hog her. I was born impatient. If momma didn’t deliver my bottle in time, I’d scream. I was born mean. If I didn’t get the pacifier right away, I’d bite and scratch anyone that got between me and my toddy. We’re all born this way. In fact, King David said:

The wicked are estranged from the womb; They go astray as soon as they are born, speaking lies.

You, me, everyone was born this way: sinful. Each of us has our favored sin, our go-to vice, our moral kryptonite. We are born broken and riddled with temptation. As a grown-up, my inherent temptation is to look at porn. I’ve had to battle that temptation for the sake of my marriage and kids. Someone else's temptation might be anger. I know many men who destroyed their families in acts of rage. It makes sense that some people would have an inherent temptation for the LGBTQ+ lifestyle. But an inborn temptation doesn’t mean we should swim in whichever sin the body craves.

Should you stay that way?

I had to learn to stop shoving, throwing fits, biting, and scratching. How ridiculous would it be to attack someone in anger and then justify it by saying, “It’s ok for me to commit aggravated assault? I was born this way.” The officer would shove me into the police cruiser all the same, and say, “Yeah, me too, Buddy, but it’s time to grow up.” That’s not too far from what the Apostle Paul said. In speaking to Christians, he explained:

…become mature… no longer be infants, tossed back and forth by the waves, and blown here and there by every wind of teaching and by the cunning and craftiness of people in their deceitful scheming. …grow to become in every respect the mature body of him who is the head, that is, Christ.

The goal of the church, which Paul was talking about in those verses, is to be a place full of believers who don’t stay the way we were born. We are expected to throw off society’s lies, which he calls deceitful schemes, and grow up. Of course, we were born this way, filled with temptation and sin. It’s to our shame if we stay this way, never fighting off our deplorable habits.

So what do we do?

Paul put it this way a few verses later:

…you must no longer live as the Gentiles [unbelievers] do, in the futility of their thinking. … Having lost all sensitivity, they have given themselves over to sensuality so as to indulge in every kind of impurity… put off your old self, which is being corrupted by its deceitful desires; … be renewed in the spirit of your mind… put on the new self, created to be like God in true righteousness and holiness.

Essentially, he said we’re not supposed to stay the way we were born. We are expected to change, to grow, to transform. The method he presents is interesting. He said:

2. Be renewed in the spirit of your mind!

If you’re a believer, set your mind on Christ and His purposes. He has a plan for you. His plan is for you to get rid of those old evil desires you were born with and to transform you. His purpose for you is to look more and more like Him every day.

That’s why it doesn’t matter if you were born this way. For those who have believed in Jesus for salvation, Christ loves you enough to expect you to change.

Liberal Atheist Ordained Minister
Did Putin Really Just Do That?
Red Heifers Arrive In Israel. Could This Be The End Times?
1 2 3 … 12 Next »