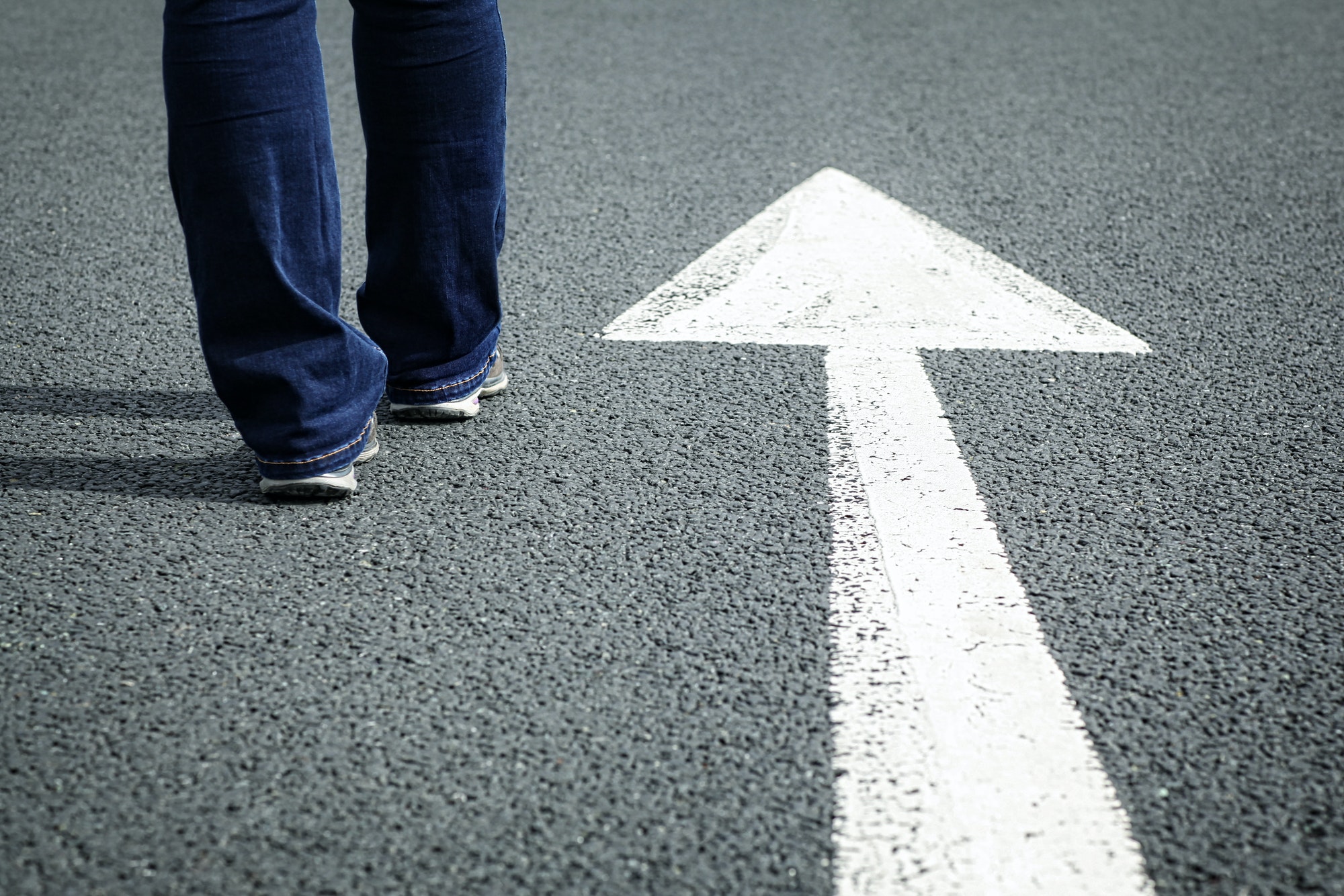 Dating Kristah was unlike any other experience I have ever encountered. Most of the relationships I had with girls had been fraught with uncertainty and unwanted drama. I grew up with only brothers, so the vagaries of the feminine mentality were mysterious. Usually something incomprehensible to me destroyed the relationship. That was not the case with Kristah.

One aspect that was conspicuously absent from the relationship was the entire lack of insecurity. We almost immediately knew where the relationship was going. I know this sounds like an exaggeration, but there was only one thirteen-second period in which I feared the relationship might not make it. I was driving in my suburban toward the campus of her college. One fleeting thought waved at me as it passed. It was gone as soon as it came and I'm sure it was just the old habit of relational insecurity crying out as it died in the pure light of a healthy romance.

Other than that one vaporous moment, I knew we would eventually be married. That was a surprise to me. I had become content and even enjoyed living a bachelor's lifestyle. I had often told Tom, "Being single is so good that the girl that could pry me out of it is going to have to be something special." I said this as a 25-year-old single who had determined to save my first sexual intimacy for my hypothetical and future wife. Living a decidedly single life for me meant being a terminal virgin.  I was not looking for a wife nor a girlfriend. That's why it surprised me that within a couple of months, Kristah and I were talking about getting hitched.

She met my list of expectations. There was not one single criteria for a wife that Kristah did not both meet and exceed. That was my feeling on the subject, but I would learn later that she had one concern I needed to settle before we could tie the knot.

Her upbringing was similar to mine, save one important detail. She had attended a Bible church as I had, but her church was very, extremely, incredibly adamant about being clear on the details of the Gospel. From the moment an infant finds themselves in the nursery and all through the ministries of Cypress Valley Bible Church, where she grew up, there is a consistent focus on clarifying, stating, and reiterating the saving message of Jesus. Conversely, her church made it their goal to remove all of the unneeded complexity and confusion that surrounds most presentations of the Gospel. She was clear on what the saving message was but simultaneously knew that many people were not. She came of age in this fundamental truth, and it characterized her down to her every molecule.

That being her childhood, she knew the kind of friction it would cause to marry someone who was not clear on the Gospel or opposed her church's common-sense method of explaining it. She knew at some point she would have to talk with me about all this, but she is a gentle soul who avoids confrontation when possible. She needed to be certain that I knew what the saving message is, but was cautious in approaching the subject, knowing that it can be a very divisive topic.

"How long are you staying there?" I asked over the phone. She was in Vidor, a town near the Texas coast where the humidity is as thick as it is sticky. Her mother's side of the family lived in that area and she visited often.

"Just through the weekend," she said. I was sitting under the bunk bed in my one-room apartment. I stared up at the underside of the mattress as I lay lazily across my fluffy blue couch. We talked on the phone for the better part of the night. I still hadn't moved beyond the excitement of late-night calls. It was soothing to talk before bed, an experience I hadn't had since sharing a room with my brother in the third grade. On many occasions, we would leave the phones on speaker as we fell asleep. The digitized sound of breathing coming through the tiny phone speaker was comforting somehow.

“What will that mean?”

“You’ve fallen for a Columbian lover named Santiago Sánchez, and have been swept away to his South American estate to work the plantation’s cocoa fields,” I explained with a straight face.

"I'm sure you'll rescue me if that happens," she said before we both laughed. We could go on for hours with these kinds of imaginary scenarios. The conversation would oscillate between the fantastical and the practical. The cycle had circled in this way for most of the night. So it was not unexpected that she would follow this humorous fiction with a serious inquiry. I would not know until years later, how pivotal the coming moment would be.

"How do you present the Gospel?" she asked casually. She was a better actor than I had known since so much was riding on that question. I didn't realize it at the time, but her father, John, had recently been forced out of a missionary organization. He had worked there for decades before being asked to quit. It was all because he disagreed with the Calvinist leadership about the content of the Gospel. So the wound was still fresh. She knew what kind of tension a Gospel disagreement could cause.

Not knowing any of this, I began to answer the question with all the academic credentials that followed my name. I thought of myself as a bit of an expert in the Bible, notwithstanding my various confusions that I kept to myself. When I didn't know the answer to a question, I would be long-winded. That had always worked in the past, and I was sure she would be impressed with my extensive Bible knowledge.

"How do I present the Gospel?" I repeated. "Ok, well, it all begins in the Garden of Eden." That's right; I began my so-called Gospel presentation in the garden. I talked about the fall of man, the flood, the Jewish law, the nation of Israel, the coming of Christ, his death and resurrection, and his promise to return. I iterated that Jesus had died on the cross for the sins of the world and that he offers salvation. I repeated phrases that I'd heard from Bible teachers and professors like commit, confess, repent, faith, follow, and about a dozen others.

I wove a factual sounding threadwork of Christian clichés that was sure to awe. I talked just long enough to convince her that I knew every inch of the Biblical narrative. When I finally shut my mouth, I expected her to express her admiration for my thorough approach. I honestly expected her to be impressed by my depth and breadth.

She, however, saw right through all of the hocus-pocus of my theological sleight of hand. She had never been confrontational with me, nor had she ever disagreed with anything I'd said, so what followed was like a punch in the stomach, but with a velvet boxing glove.

"I think it's much more simple than all that," she said as if she were tiptoeing across thawing paper-thin ice. A knot twisted in my stomach. She caught me. This eighteen-year-old girl had unmasked my sophisticated attempt at obfuscation. She had peered beyond my convoluted presentation and seen what lay at the center of my Gospel knowledge, nothing but a rocky core of confounded misunderstanding. I was in the same moment embarrassed and intrigued. I betrayed no hint of the contradiction now floating in equal buoyancy in my mind.

"There is a difference between a believer and a follower of Jesus," she said as if it were as plain as the noonday sun. The revelatory utterance was commonplace for her. She had come up in this understanding and it seemed entirely natural. She was aware that some did not see or even understand the distinction, but she hoped I would be open-minded enough to consider it.

For me, it was like the ground shifted beneath my feet. I darted up from the couch. Now I was pacing back and forth. My legs acted as auxiliary pumps that gushed the oxygenated blood to my brain.

“Hmm, that’s interesting,” I said as if it were only a slight adjustment, only a few degrees difference from the presentation I had just given, though I knew it was fundamentally foreign. It was set apart from anything I had ever conceived.

I had grown up in a  Bible church, gone to Bible college, and some seminary. I had been a minister and an avid listener to thousands of sermons. With all of that Bible focus, I had never heard anyone so much as imply that believing in Jesus and following Jesus was separate. I had learned and hardily believed that having faith in Christ meant that you would automatically follow him thereafter. The implication was clear and challenging to harmonize with Scripture. If a person had truly believed, according to my former mindset, they would inevitably reshape their lifestyle to match their new faith. It, however, had caused all kinds of practical obstacles. If someone necessarily has to follow Christ after receiving salvation, and following Christ equals behavior, then wouldn't that mean that we are being saved by doing good works? That puzzle had produced a preponderance of confusion for me.

Now, this young girl had a compelling answer. I was not convinced at that moment, as much as stimulated. I was a hound dog on a new scent. I knew I would have to chase this trail to see where it led. Could it be that this was the answer for which I had been searching?