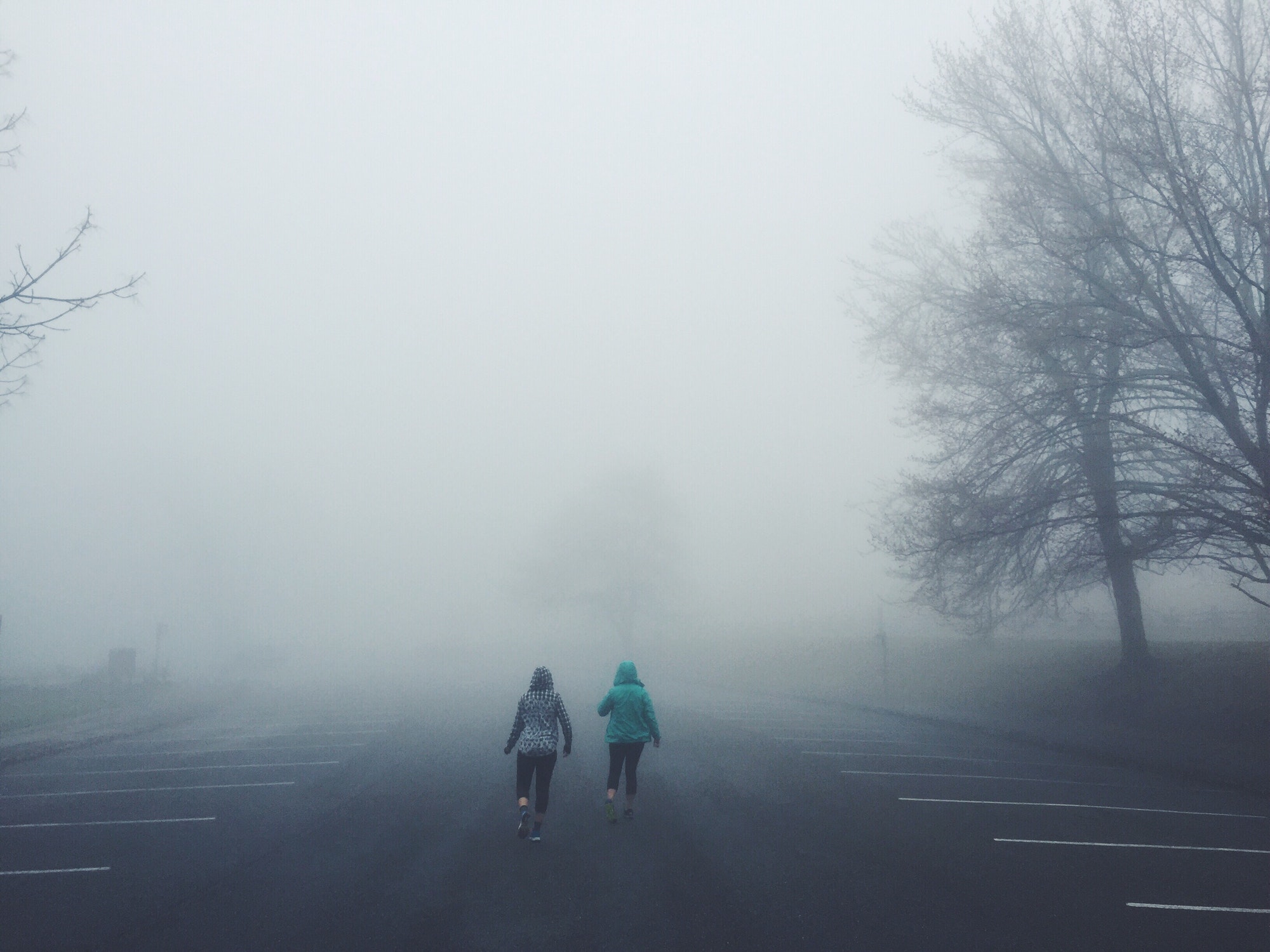 Kristah and I had been dating for a while when she asked me to join her for a Bible conference in Dallas. It was the annual meeting of the Grace Evangelical Society. I had never heard of the group, but I would later come to find out that they are an organization that has spent decades helping people just like me find clarity on what the Bible says about salvation and discipleship.

"Tony Evans will be there," she explained. This was a massive draw for me. I had grown up listening to Dr. Evan's national radio show. I had always enjoyed his intelligent delivery. Once when I was in college, I had visited his enormous church in the Dallas area. I attended with a few friends from Africa who lived in my dorm. Finding out that Dr. Evans was a regular speaker for the GES conference offered legitimacy and credibility in my mind. All of the other speakers on the schedule were unknown to me. But she promised Tony, so I promised to go.

Dr. Evans' talk came early in the day. I enjoyed it. He was dynamic and powerful in his delivery. I saw nothing unconventional about his talk, but these unknown guys that followed him—wow! They were saying some of the most intriguing things. It was as if they were really reading the Bible and following the text wherever it led, even if it ended in unconventional places. I found it incredibly exciting. There was talk of glorified bodies, the outer darkness, the judgment seat of Christ, and eternal rewards. It was all terribly fascinating.

In the afternoon, a tall frenetic man with infectious energy skipped to the front of the room. I glanced at the schedule and found his name quickly. Dr. Robert Wilkin. I'd never heard of him, but he was going to tell us something about the letter of first John. He wove together an exciting talk. It wasn't even the main point, but he commented about what it means to love Jesus. At his words, I recognized a division happening in my mind. Without knowing he was doing it, Dr. Wilkin severed that connection in my brain with the exacting precision of a surgeon.

Dr. Wilkin showed convincingly that to love Jesus means to obey his commandments. That was no conjecture. It's actually a direct quote from Jesus. He then pointed out that we are not saved by following the commandments but by having faith. Also, that's not opinion; it's precisely what the Apostle Paul said. Dr. Wilkin then made the simple conclusion that loving Jesus is not the same thing as saving faith and therefore, not a requirement for gaining eternal life.

This commitment to philosophical and theological clarity was immensely refreshing. The evangelists I had listened to for the previous years would say that you need to "love Jesus to be saved." They would then follow it by saying, "Love isn't an emotion; it has to do with how you live." This was clearly contradictory to the notion that we are saved apart from works.  To me, it was crucial. The dead ruins of my theological past suddenly began to reassemble themselves. This was the kind of logic I had wanted to see pastors, evangelists, and Bible teachers apply to scripture all my life. I had never heard anyone who was this committed to being logically and Biblically consistent.

As soon as his talk was over, I couldn't wait to get to the front of the room. He glanced up as I barreled forward. I asked him a simple question.

“Can someone believe in Jesus and not love Him?” I asked as if the roof would fall in at any moment.

"Sure," he said as he gathered his notes from the talk. "There's a difference between believing in Jesus and being a follower of Jesus." He gave a quick explanation from various verses. It was beautiful in its simplicity, but monolithic in its importance.

After a quick, “thank you,” I wandered out of the convention hall, leaving Kristah behind without an explanation.

There was a small courtyard outside where I found myself, pen in hand, a few moments later. I could feel the gravity of the moment. I wanted to write down what I had just discovered. I began to scribble on the page when I realized that it wasn't only ink that wet the surface. Tears, real fat splattering tears began to fall on the page. I sensed that this was a storm, not a quick spring shower. I arose quickly and began to look for the nearest bathroom.

I wasn't sure if I was going to throw up, huddle on the floor in the fetal position, or just stare into the mirror and try to remember my name. I found my way into the nearest stall and locked it. For the next ten minutes, I cried like a baby—a baby who just realized his high priced theological education was skewed and misinformed. I thought of all the people that I had taught over the past ten years, people who I had told lies to without even knowing it. I had said things I was now ashamed of.

You should know there are only two things that can make me cry: a perfect Muchaco® from Taco Bueno and sound theology. I've never encountered the former, but I had been in the presence of the latter and it left the waterworks running.

It felt as if my understanding of the Bible was an engine that had seized up and been rusted out for years. With this new set of ideas in place, it was as if that engine suddenly was running again. It wasn't just running; it was roaring. It had power and torque. I quickly began ramping the throttle in my mind.

I ran through verse after verse as I stood teary-eyed next to the toilet. Dozens of passages that I had studied for the past 20 years slid together like a working gearbox. I had been grinding the gears so long, I had forgotten what it felt like for things to make sense. I had lived in the so-called mystery that I had forgotten the prismatic beauty of understanding.

The simple explanation that my father had given when I was six was right. Eternal life comes by faith alone. What I had gotten confused was that discipleship comes by hard work, and is not automatic. With this new basic understanding, the Bible came alive in a way that it never had before, or at least in a way that I hadn't experienced since I was a child.

Kristah wondered why my eyes were red when I returned to her. Five minutes of the next talk had already passed, but I didn't mind coming in late. My loving girlfriend looked into my red, teary bloodshot eyes with genuine concern. I silently mouthed the words, "I'll explain later." Then added, "They're good tears."

This gave me a lot to think about on the ride home and over the next few weeks. On my arrival back, I wrote a letter to one of my favorite Bible professors from my university days. Here's what I said:

Hello Dr. Sterling. This is Lucas Kitchen. I have had an interesting experience that I wanted to tell you about. Over the last few years, I have heard myself saying things like: Grace is free, but if you don't have fruit in your life, then you probably didn't believe in the first place. I recently attended a GES (Grace Evangelical Society) conference. One of the things that was discussed was the absolutely free nature of grace—that one does not need to have fruit to gain eternal life. Fruit is related to eternal rewards instead of eternal salvation. I was more clear on this point when I was young as far as I can remember, but in the last few years, I feel like I had gotten away from this thinking unknowingly. After a very emotional experience at the conference, I feel like I have found my feet again like I've come home for the first time in years. It's as if I've been chasing vapor only to discover that hidden by the mist is this entire kingdom that I once knew about but forgotten existed. I feel like I understand anew what is so amazing about grace. This is the first time that I've been emotionally moved about something theological in years. I had let some really nasty thinking creep into my theology. Namely legalism. I really want to work through this so that I can begin to share this wonderful re-discovery of grace with people. I look forward to hearing from you. -LK

I never heard a response from him. I even tried calling his office, but he wasn’t there. Nonetheless, I’m glad I wrote him this note, because it is a time capsule that reminds me what I was feeling and thinking around that time.

My entire world had changed in a matter of moments. My life was moving in a new direction. I could not wait to tell other people. I had found the clarity I was looking for and I wanted others to find it as well. I prepared to bring others in on the truth.