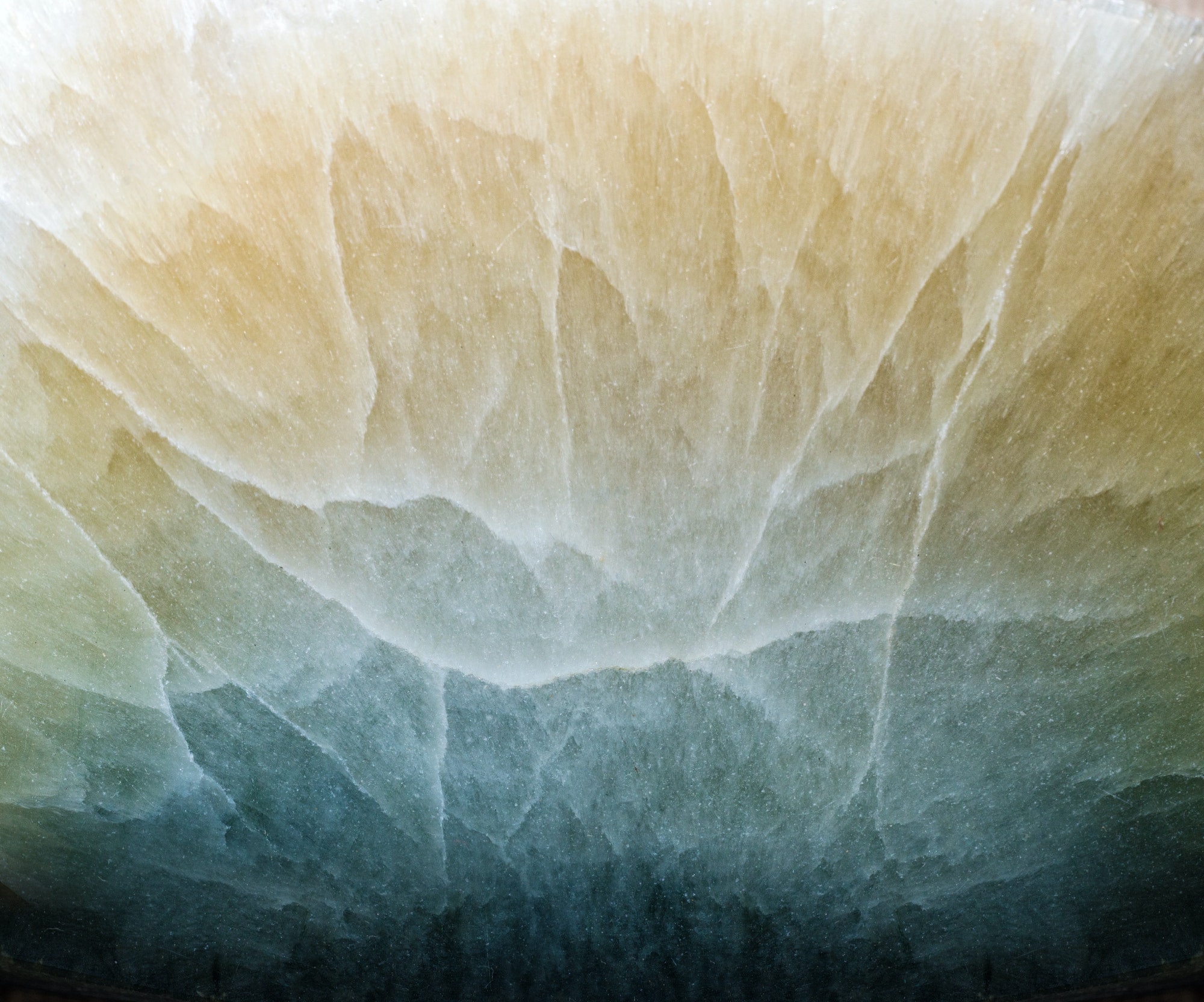 In the popular fiction book Harry Potter And The Sorcerer's Stone, Albus Dumbledore says, "To the well-organized mind, death is but the next great adventure." Whether you like the franchise or not, this quote makes an interesting assertion. The author aptly recognizes, as a person faces death, what matters most is what has taken place in their mind. Although I suspect that most Christians might disagree with Dumbledore on what the mental contents ought to be, it is true that the eternal distinctions are intimately linked to what takes place in the mind.

Our first eternal distinction, belief for eternal salvation, has thus far been called several things, but now we will look at this familiar distinction from the perspective of one's mentality. Heaven or Hell hangs on something that happens inside your mind. In fact, for the Lord to be able to give and deny eternal salvation, it is required that He be a mind-reader. Fortunately, He is the One "who searches… minds and hearts." (Revelation 2:23) He knows not only what you are currently thinking but also everything you have ever thought.

Take a look at the state of mind which unbelievers are experiencing according to Paul:

…If our Gospel is veiled, it is veiled to those who are perishing, whose minds the god of this age has blinded, who do not believe… (2 Cor 4:4)

Paul is talking about never-believers, people who are perishing. If something doesn’t change in them, they will end up in Hell. However, They are not eternally condemned because they have had their minds blinded irrevocably. Instead, their minds are blinded and remain so because they are not willing to believe. Jesus pointed out that it is possible to refuse to believe. (John 5:40) For those who refuse to believe in the saving message, it can be said that their minds are blinded. The light of the Gospel is shining, but they choose blindness instead of sight. Obviously, that doesn't mean that some of those individuals will never see the light. All who are willing may come (Revelation 22:17), but as long as someone refuses to believe, their state of mind is blind.

There is another state of mind that leads in the other direction, to belief and salvation. Notice how John describes a group of Jews in Berea.

These were more fair-minded... they received the word with all readiness... Therefore many of them believed... (Acts 17:11-12)

A blinded mind is about as opposite to fair-minded as it is possible to be. It’s important to recognize that these fair-minded folks were not saved because they were fair-minded but because they believed. However, in the context, their fair-mindedness meant that they were open to belief. A fair mind is the fertile soil where the seed of the Gospel can take root, while the blind mind is the hard packed soil where no seed can grow. (Luke 8:11-12) You can trust that God will bring anyone to belief who is willing to consider the evidence with a fair mind.

The difference between the refusal to believe, which leads to a blind mind, and fair-mindedness, which leads to belief, is our first eternal distinction. Heaven and Hell hinge on whether a person chooses to continue with a blind mind or decides to be fair-minded about the evidence of the Gospel, and believes. Now that we've established that our eternal destiny is determined by what takes place in the mind let's see how our mindset relates to Christian living.

When I was getting ready to go to Kindergarten, my parents found a private Christian school for me and my brothers. The little place was associated with a local church. We didn't know anything about the church but assumed that any Christian education was better than the public school in town. At first, things seemed great. The classes were small, and the teachers were normal sized. Me and my brother weren't excited about the dorky uniforms, but my parents dressed us in kaki pants and sent us happily to the tiny schoolhouse.

"Punks wear shorts!" my older brother said in the car one day. We had been attending for about half of the school year by this point. He had spotted one such punk walking along the side of the road.

"What did you say?" Dad asked, thinking he must have misheard his seven-year-old.

“Only punks wear shorts,” Lance said, as sure of himself as if he’d claimed four for the answer to two plus two.

“Where did you hear that?” Dad asked, trying not to let on that it was an offensive thing to say.

“At school, in Chapel,” my brother said. “Preacher said it.”

It wasn’t very long before Dad went up to the school to have a talk with “Preacher.” He discovered that the school, and the church associated with it, taught that you couldn’t be a real Christian unless you wore pants, that is, unless you are a woman, in which case you had to wear a long dress or skirt. Drinking, smoking, cussing, and watching too much TV were likely to prove your lack of salvation as well. There was even a certain kind of hairstyle that was required to get through the gates. As dad discussed all of this with the preacher, who was also the headmaster, he realized that he had inadvertently enrolled his kids in a pharisee academy. I'm incredibly thankful that my parents recognized that it was better for us to be educated by the public school system than it was to be schooled by the local legalist.

If you want to be an obedient believer, you're going to have to do something different from keeping a bunch of rules. In fact, you could keep all the legalistic rules you want and still be a disobedient believer. That's because much of what Christ has instructed us to do is internal—shall we call it mental. He has commanded a shift away from our evil desires. Following a rule book won't accomplish this. Paul instructs us not to have the inner outlook of a disobedient believer when he says:

It may be surprising to some to discover that failure in the Christian life begins not with behavior but with mindset. Having your mind focused on earthly things is a sure way to be a disobedient believer. So, what does it mean to have your mind set on earthly things?

Most people automatically assume Paul is talking about being a super-sinner, completely dwelling mentally on the sins we intend to commit. He's not! He's actually talking about having a legalistic, rule-focused mindset. That "Preacher" in my story had an earthly mindset. The rule-book approach to Christian living is dangerous because it seems like it should work. Don’t handle! Don’t taste! Don’t touch!” …These rules may seem wise… But they provide no help in conquering a person’s evil desires. (Colossians 2:21-23)

For Paul, an earthly mindset happens when we focus on following a list of physical rules. Legalism is an earthly mindset. That kind of mindset doesn't have the power to change a person for the better. In fact, legalism produces graceless and disobedient believers because it lacks the transformative power needed. There are so many disobedient believers who are simply following a set of rules. God doesn't want us to be that way.

Paul offers an alternative that will allow us to live as obedient believers. Let's look at the rest of the verse I quoted before. He says:

If then you were raised with Christ, seek those things which are above, where Christ is, sitting at the right hand of God. Set your mind on things above, not on things on the earth. (Colossians 3:1-2 )

The key to success in the Christian life is to have a mind set on things above. This new mindset transforms a person from the inside out. This isn't a rule-focused thought process but a Christ-centered thought pattern. Being an obedient believer is all about constantly bringing your mind back to Christ, thinking about Him and higher things. When you're tempted to Sin, reset your mind on Christ and things above. Ask for His help in removing the desire which is happening in your mind. Call to the Lord in prayer for the strength to continually focus your mind on Him. If you do, you will be transformed by the renewing of your mind. (Romans 12:2)

Focusing on Christ and things above transforms the Christian who does it. The change doesn't stay in the mind. That transformation will materialize into external behavior. The mindset method is a wonder-drug for moral ailments. With this method, you will be able to:

…Put to death your members which are on the earth: fornication, uncleanness, passion, evil desire, and covetousness, which is idolatry… anger, wrath, malice, blasphemy, filthy language out of your mouth… [lying] to one another. (Colossians 3:5-9)