A Call To Go 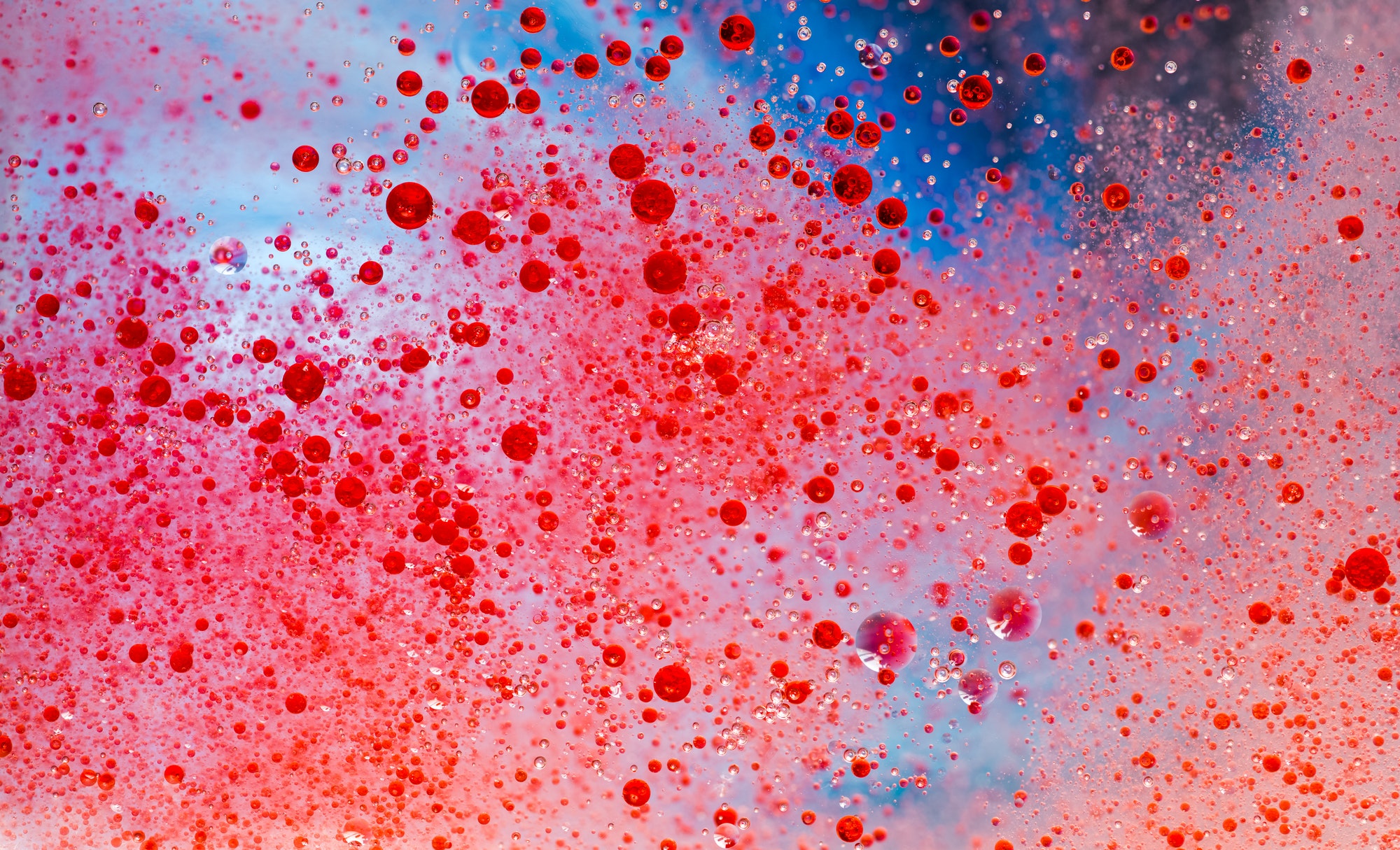 Avi was up earlier than most, though the youngest kids woke long before the sun. He circled to the rear of the house where most of the morning foods grew. He grazed the garden for something exciting to eat.

The fields beyond encircled the small estate and were crowded with grains. The golden sea of wheat bowed like obedient waves as the wind tickled each stalk. A ten-pace circle of fruit and berry garden rimmed the wheat field. He could hear some children playing on the far side of the crop where the forest met the farm. He squinted against the glare.

"Bhoora!” Avi called when he caught sight of the family bear. The massive grizzly, as friendly as a babbling brook, was tiptoeing through the garden. At hearing his name, he stopped precariously, perched on three paws, acting as if stillness made him invisible to his human companion. The indolent bear let out a guttural moan. The garden rules were nearly too much for the beast to bear. Avi repeated the phrase he'd said a thousand times to the harmless old loaf. “Veggie-fruits first, Bhoora. Then you can have all the sweet drips you want.” The bear groaned more but turned lumberingly toward the patch with his head held low.

Avi could hardly stand to see his furry friend in such low spirits. “Bhoora, wait,” Avi said, coming up beside him. Avi reached for the bear's massive neck, wrapped his arms around him, and gave him a hardy scratch around the shoulders. The giant beast erupted with a roar of pleasure as Avi dug his fingers deep into the bear's tawny fur. After a few minutes of affection, Avi patted Bhoora on the neck and sent him toward the vegetables.

“Avi,” a voice came from behind him. He spun, allowing his eyes to adjust after looking into the sun’s golden beams.

“Uncle Rachit,” Avi said. Rachit was a robust man, with dark eyes and sharply trimmed beard. He perpetually wore the look of a man ready for an adventure. He was always dressed for long hikes in the mountains, even though the closest mountains were–well–Avi didn't know where any mountains were. He'd never seen them.

Rachit's ready appearance stood in contrast to Avi's, who was well kempt, almost to a fault. Avi and Rachit looked as different as two could, while still bearing a mild family resemblance. Rachit was the much older brother of Avi's father. There was something comforting about having Rachit around. They had spent time together every week since Avi could remember.

“I woke with that song in my head, but I can’t remember the words. I came straight over,” Rachit said with the brawny voice of a man his size.

“The one you wrote for Jenil to sing. The one they did last night.” Rachit bent and helped himself to a handful of cauliflower tops. He had no reservations about talking with his mouth full. “You know, the one about the King.” Rachit hummed as Avi knelt to pluck a dozen spinach leaves. Rachit’s singing sounded like the wobbly wheel of an apple cart, but Avi caught the melody.

“What makes you think I wrote it?” Avi asked. He kept his compositions anonymous. Rachit was the only one who knew Avi's secret. Of all the people that could be let in on the confidential truth, he wished Uncle Rachit was on the outside of this one.

“Come on!” Rachit bellowed. “Don't you think I can pick out an Avi original when I hear one?” he smacked as he spoke. “It has your handy work all over it: Sticky melody so catchy it digs its way into my ear and won't come out for weeks; Lyrics that paint a picture in my mind. Plus, I've never once heard anyone use the word 'hallowed' but you.”

At that, Avi smiled, not able to keep the ruse.

“I know, I know. It’s our secret. Does Jenil know that the songs come from you?” Rachit said as he bit into another stalk. “I mean do you sing them for him, or—”

“I write them down and leave them on his—” Avi paused and looked around. “No. I’m not saying any more.”

“You should sing your songs at the gatherings. I mean, the choir is fine, and Jenil is good enough, but it'd be better if the songwriter was available to perform them every once in a while.”

“Oh,” Avi said, choking on a handful of berries. “Are you kidding?”

“Not a chance!” Avi said. Uncle Rachit raised an eyebrow and watched his nephew.

“They need not hear me croak. I sing like a frog in a monsoon,” Avi said.

“Well, I guess I’ll have to do the singing,” Rachit said. He placed a hand on his chest and the other in the air as he tried to belt a loud rendition of one of Avi’s supposedly anonymous songs. Avi hushed him.

“You'll wake up the grands,” Avi said. Rachit stopped but waved Avi's concern away with the sweep of his big hand.

“Ahh, they ought to wake up,” Rachit said as he shoveled in another full mouth of greens. “How are you ever going to become the village sing-poet if you don't let anyone hear your songs?”

“I’ll have to tell them you don’t think they’re people. Margreth and Tanis will probably have something to say about that,” Avi laughed.

“You keep changing the subject. I came here to ask about your song, which no people know is your song. Could you sing a few bars of it? I’m butchering the tune, but it’s stuck in my head, all broken up and wobbly. Please set it straight,” Rachit said.

At the thought of singing, even for an uncle, his heart raced. He tried to hide the increase in his breathing. After a moment that felt like a kingdom age, Rachit released him.

“Well, it’s a fantastic song. I think even the Emperor would be impressed. Maybe you could have it recorded and let the capital delegation present it to him at this year’s feast,” Rachit said with a note of fantasy. He clearly considered it an outlandish idea, although the thought filled Avi with a sense of wonderment. Would the King really find my work worthy? No, of course not. It was ridiculous.

“That's not going to happen,” Avi said. “But it would be an honor just to be chosen for a delegation.” Avi tossed the spinach into his open mouth as he inclined his head to hide the red that was drifting up his cheeks. Rachit huffed at the idea as if it were funny. He was flapping his shirt like a billow.

“I’ve been here for 194 years, and I’ve only been chosen once,” Rachit said with a laugh that could peel the paint off the house. “With the way the population is exploding, you’ll be five times my age before you’re chosen. Besides, you have duties here. If you left, who would secretly write songs for the sing-poet to perform at village gatherings?” Rachit said.

“What are you talking about, doesn’t Jenil write his own songs?” Avi asked, trying to put the secret back in the box.

“Come off it.” Rachit fired back. “Everyone knows that old crow never wrote a poetic line in his five hundred years.” Avi didn’t take the bait. His mind was somewhere else.

“When your delegation arrived in Capital, what was it like?” Avi asked. He remembered the day that Rachit had been chosen for the delegation, but they had never discussed it. Though, it was not for lack of trying. Avi had questioned him many times, but Rachit was ever so tight-lipped about it. Avi clasped his hands together, begging. Suddenly Rachit grew strangely taciturn.

“I guess we both have our secrets, don’t we?” Avi ventured. Rachit looked at the sky, then at the tree line, anywhere but Avi.

“Why won’t you tell me about the King’s City? Isn’t that the point of having delegates to bring back inspiring stories?” Avi asked, but Rachit pretended to be distracted. It was a diversion too convenient. Uncle Rachit backed toward the road as if he would leave.

“I’ve told you a dozen times I don’t want to talk about it,” Rachit said as he moved toward the road.

“Why not?” Avi asked once more.

“If you’re so interested, you could make pilgrimage.” Rachit said. “A million people a day do it.”

“Yes, you could. Maybe the trip would loosen that tongue of yours.”

“Nonsense!” Rachit blasted. “I’d pay your way in exchange for a song. Just one song, sung in front of the village. All expenses.”

Avi’s eyes fixed unblinkingly on Rachit for a long few seconds. Was he serious? It didn’t matter. There was no way.

"One of these days, you'll have a decision to make. It'll be between the eggshell comfort of secrecy and the absolute pleasure of using what you were given to serve others.”

“Don’t be,” Rachit amended. “I heard that on a broadcast a few years ago. I’ve been saving it up for the right moment. Hope you liked it.”

"But it's something to think about. You've got something special and if you keep hiding, before long, it'll be a habit hard to break.”

“Now, what is it that could make the most talented kid in Sundar, also the most insecure?” Rachit said.

“No, I don’t suppose you would,” Rachit echoed. Avi could feel Rachit’s eyes on the side of his head. The intensity was uncomfortable. “Man, you need to get out of here for a while.”

“You need an adventure. This garden grows, but you are wilting.”

“What do you mean?” Avi asked. “Nah, I’ve got everything I need here,” Avi said. “Why would I ever need more than Sundar?”

“Well, it’s fine with me if you stay here and piddle with plants, humming like a bird to no one but the fruits. I will eat up the fruits of that labor, but I’m telling you. You need an adventure, or pilgrimage, or maybe a good knock on the head.”

“Well, I do, but there's no use arguing with you. I might as well try to convince that old overgrown bear to write a novel.”

“Bhoora has stories to tell.” Avi laughed. Rachit didn’t. He was looking around the property.

“Hey, where is your dad? I need to talk to him about something.”

“You’re not going to tell him—”

“That’s what I’m afraid of,” Avi said as uncle Rachit wandered off looking for his younger brother.