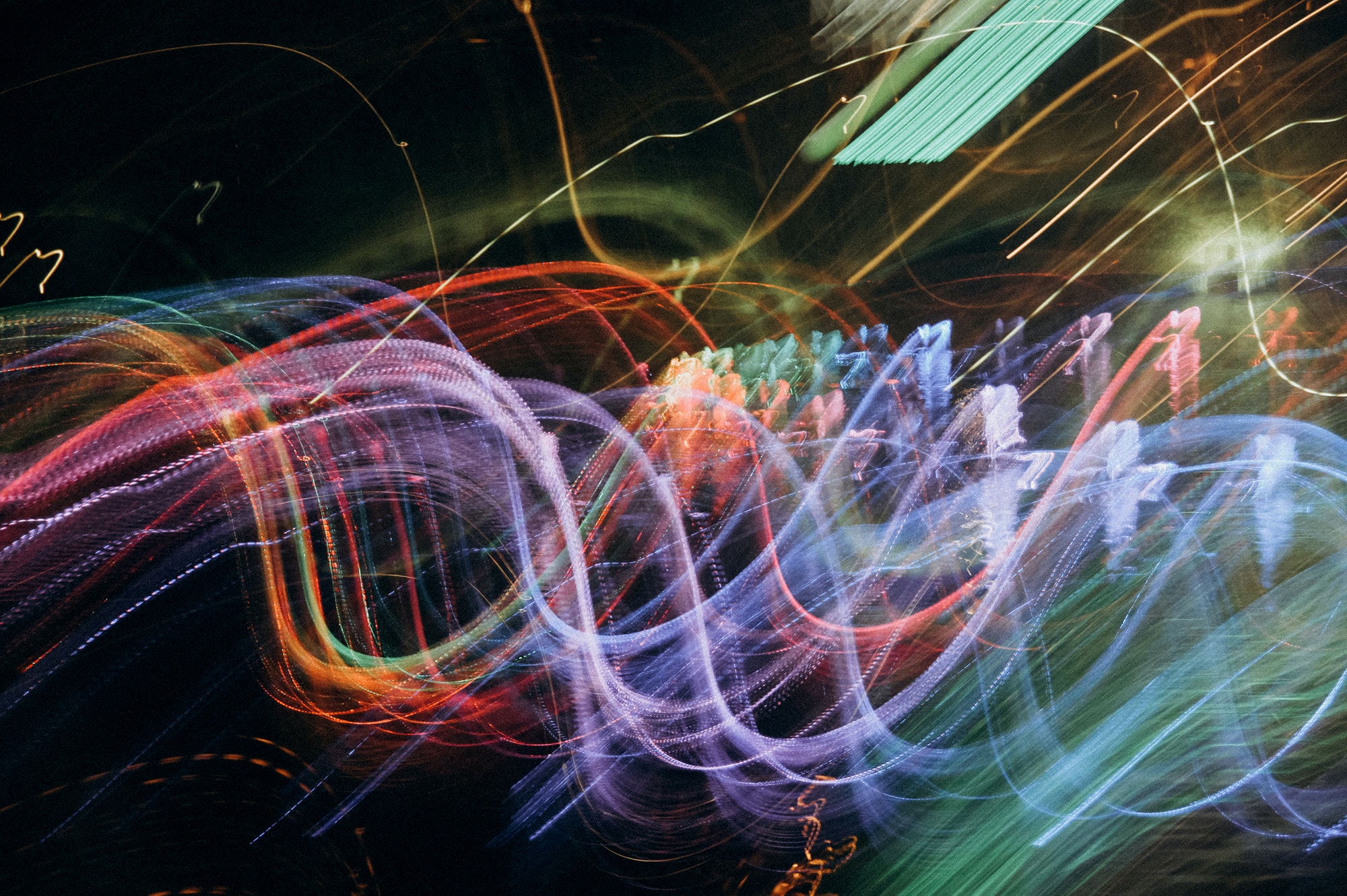 Avi kept the invitation to himself, not wanting undue pressure from his good-intentioned family. The weeks passed slowly on the farm. They melted into months. Avi was as reluctant as ever, but his dad constantly encouraged him, and he crawled toward a kind of readiness. His desire to marry Amoli Patel grew alongside his inability to speak to her. When he could not stand it any longer, he decided. It was nearly a year past when he announced his intentions.

“I’ll do it,” he said one fine day toward the end of spring.

“Do you think it would be ok to take Bhoora?” Avi asked.

“You want to take that old fur loaf?” his dad said.

“He’ll lie around moaning all day and growling all night in his loneliness for me,” Avi said.

“That’s true. I guess he’d be un-bear-able until you return.”

“It would be good for him to make the trip with me. He could stand to lose a few pounds, and when I’m tired, I could ride on his back,” Avi said.

“I doubt you’ll get much use out of him, but if it makes you feel better, you can take him,” Avi’s dad said. He added, “You’ll also have your uncle along for the ride.”

“Yeah, I’ve asked Uncle Rachit to go with you.”

“What do you mean? I just decided. How could you have already?” Avi’s eyebrows sank.

“He’s been waiting for a long time now,” his father said. Avi gave a mock scowl. “Carina will insist on going too.”

Word spread that an expedition was underway. When Avi's twin sister, Carina, heard that there was an adventure at hand and that both Uncle Rachit and Avi were taking part in it, she packed her bag resolutely.

“You’ll need someone who knows a thing or two about the world,” Carina said.

“Uncle Rachit is coming, and he’s been to the capital,” Avi said.

“Rachit is fine, I guess, but his thought process is so,” she said but searched for the right words. “Well, tellurian quite frankly. He's little more than an alluvial materialist. He doesn't understand the subtleties of ephemeral concepts. I mean, sure, he can get you where you want to go, but can he explain the journey?”

“And I suppose I need you along for that?” Avi asked.

“I don’t understand half the words you just used,” Avi said.

Rachit met them on a crisp morning at the family farm, the scheduled day for departure, although, Rachit wasn't the only one to come. People started arriving as Avi was making one more check of their travel gear. Town's folk piled up around the edge of the orchard and talked loudly about what they would see on their trip. Avi scanned the crowd that was gathering. His eyes came to rest on her. Amoli Patel stood with her father, among the others, smiling at the travelers who would soon embark. Avi tried to act as if his entire world didn't revolve around her, but he couldn't escape the strangling thought he was doing this for her.

Rachit had offered his luxury cruiser, but Carina insisted that it would not do in terms of rugged expedience. They needed something more practical. She put forward her rusted hover truck. They wanted Avi to break the tie. He refused. Naturally, after a long debate, Avi revealed that Bhoora the bear was coming. Rachit relented because he did not want that gritty beast in his soft-top cruiser. They chose Carina's truck as the voyage vehicle. Carina seemed tickled to have won the battle.

After tossing their things in the bed of the rusted old truck, Avi, Rachit, and Carina turned to say goodbye to their families and the gathered crowd. There had to be at least two hundred people present and ready to get hugs. Bhoora enjoyed his fair share of scratches before he climbed into the bed of the truck and began a long nap.

“Aren’t you going to say goodbye to her?” Carina said. Avi knew who she meant. He glanced at Amoli Patel.

“Come on,” Carina said as she grabbed his arm and dragged him toward his soul mate.

“Look, it’s the shepherds,” Margreth’s little voice called out over the commotion. Carina let go of Avi and threw her attention in the new direction. Avi’s anxiety was thankful for the distraction.

There in the yard were three white-clothed, glowing figures. Avi recognized them at once.

“Your honors, Amos, Malika, and Elof,” Avi’s father announced in a formal voice.

"We are proud of you three, and you in particular, Avi,” Shepherd Amos said. Although he was the most important person in the village, you wouldn't know it by his demeanor. He spoke like a friend. He reached his hand out to shake those of the travelers. “It's been a while since a privately funded pilgrimage has taken place.”

“Thank you, Sir, we’re excited to go to the King’s capital, and well—yeah—I guess—we’re excited,” Avi said. His nerves played a loud overture to the unfolding scene.

“Very good, very good,” Amos said. He gestured to Elof, standing at his right. “The shepherds and I decided that we would like to help you out on your journey.” At Amos' words, Elof stepped up and reached out his hand. Avi thought he wished to shake but then noticed that there was a small felt bag in it.

"A trip like this can be expensive,” Elof said with a smile that nearly reached from one ear to the other. “So, I pushed some numbers around on the village's budget ledger, and we came up with this.”

Avi accepted the bag and found that it was heavy. He slid two fingers into the opening and pulled. Reaching in and feeling the contents, he knew at once what they gave him. He pulled from it one of the many coins and held it up to the light. A shining disk of gold with the Emperor’s likeness pressed into it. This was the most money he had ever held. The surrounding children awed aloud at the bag full of Kingdom currency.

“You should thank them,” Avi’s mother said from over his shoulder.

“This is very—I mean, it’s so generous,” Avi exclaimed as he replaced the coin and pulled the drawstring of the bag to a close. He could hardly help himself. He wrapped his arms around Elof, thanking him continuously. Elof’s smile grew impossibly wider.

“Spend it as you see fit. Our prayers and imaginations go with you, so too, our support.” Elof stepped back to Amos' flank. Amos picked up the baton once more.

“I believe Malika has something for you,” Amos said, gesturing to Malika, who was at his left. She stepped forward, looking like she would burst with excitement. Avi turned to her and smiled.

“Avi, you inspire us all,” Malika said. She leaned in close and whispered, “especially with your songs.” Avi looked around, making sure no one had heard. As she stepped back, he noticed that she had one hand behind her back. She bounced with an exuberant passion as she continued. “I have noticed how often you request shipments from the Library of Tamesh, so I know how much you love books.”

With her words, she pulled her hand from behind her back. In it was a hard-bound codex. She handed it to him, and he examined it.

“What is it?” Margreth begged. The other children craned their necks to see.

It felt good in his hands. Fine materials comprised the book. Something peculiar caught his eye, however. There was no title. He turned it to look at the spine. Once again, it was blank. He opened the cover. The smell was not that which accompanied an old and weathered binding, but that of newly pulped pages. It had all the makings of an expensively crafted book, save one. There were no words written on the pages. He flipped through and found that the entire book was blank. Perplexed, he looked to Malika.

“It’s time you wrote your own,” she said as she brought her hand up once more. Between her index and thumb was a gold writing pen. It wasn’t the usual utensil, made for function but having no fair form. This was a beautiful piece of inking craftsmanship. He took hold of the pen and turned it over in his fingers. Its heft spoke of its value. “Write everything you see.”

“This is amazing,” he said. He imagined laying his first stroke of ink. He thanked her repeatedly. As he stepped back, all the children circled to see the book and pen. Avi let them look, but he didn’t let the fine gift out of his grasp. His eyes met Amoli’s for a brief second. She was watching him with an amused smile. He looked away quickly.

“I like storybooks with pictures,” Uncle Rachit said as if making a request.

“I know that’s true,” Carina said, laughing, albeit alone. Rachit huffed to himself.

“Now, I have some things to say to you privately, Avi. Will you walk with me,” Amos said. How could there be more? His mind felt as if it would explode. Avi stepped away from the gathering of children and neighbors to follow Amos.