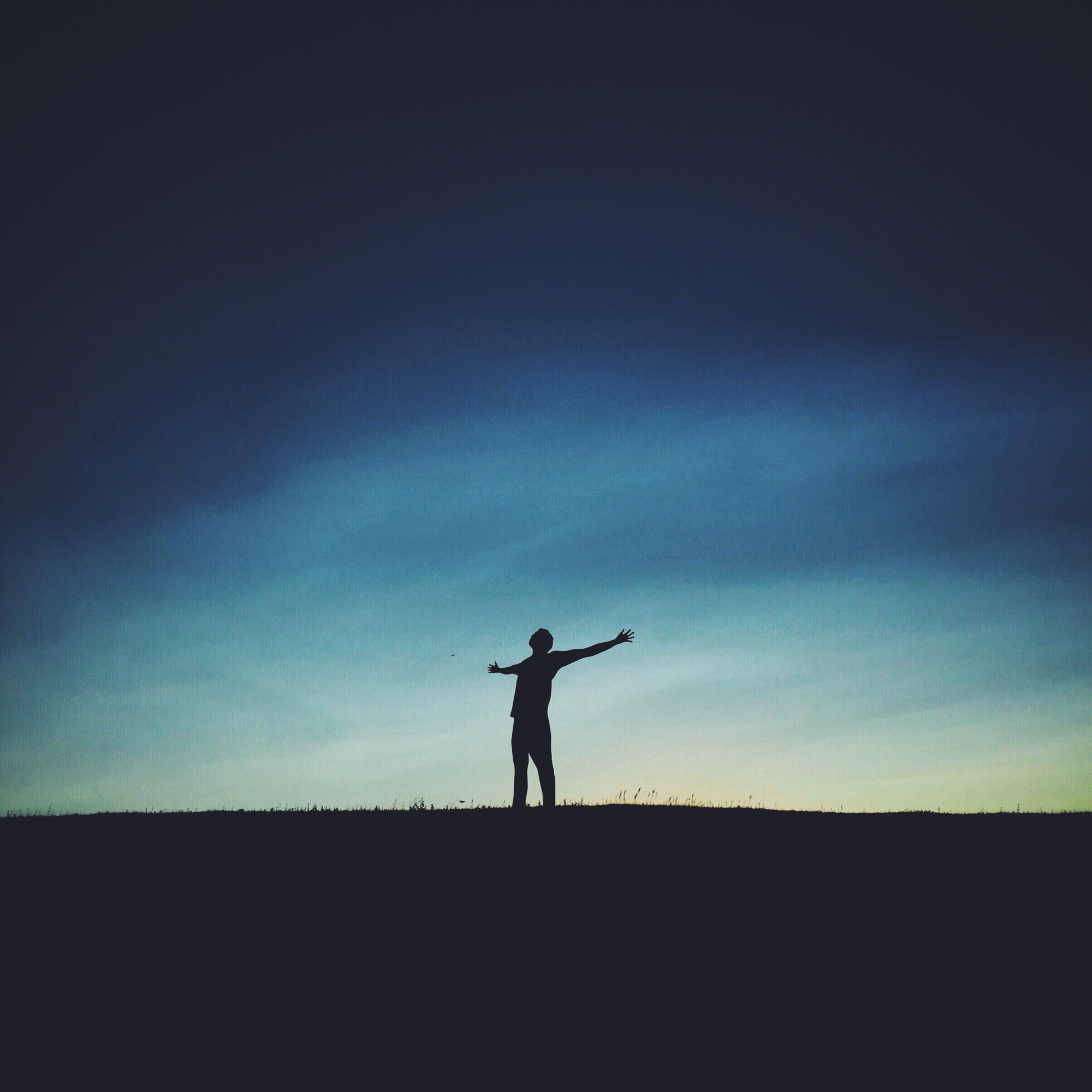 Jeff was the crudest guy I knew. He could keep the whole lunch table laughing with his crass humor. It was sophomore year, and I had become fast friends with him. We both played in the marching band. Thus we spent most of our Friday nights and rehearsal times together. The more time I spent with Jeff, the more I worried about his soul.

He had grown up with kind, hard-working, albeit unchurched parents. His mom and dad were not concerned with matters of conservative morality. Jeff's high school girlfriend was often allowed to spend the night with their full awareness and blessing. Jeff was not particularly unhappy with the arrangement, but his marching band experience had introduced him to a large group of Christian buddies. Jeff noticed that his faith-focused friends lived decidedly different.

“Want to skip band practice?” I asked Jeff one Tuesday morning. We had evening rehearsal that night, which was probably our director’s one weekly chance to make us look less like a herd of feral cats on the marching field.

"There is a big show at a church in Longview tonight, and I want to go. I thought you might like to come with me."

Although that was true, I wasn't giving Jeff all of the information. I didn't want him to know that I was terrified that he might go to Hell and I was trying to get him saved.

"Sure," he said. With that one word, the direction of his life was taking a turn, though he didn't know it. It was never hard to convince a friend to skip band rehearsal; the more difficult task was to convince the band director that it was worth the miss.

"Hey, Mr. Blackstone,” I said a little bit nervous. "Me and Jeff have to miss band rehearsal tonight."

“Well, I hope you have a good reason.“ he said as his imperial stare drilled a hole through my face.

"I'm taking him to an evangelistic event," I said, but it didn't seem to be enough. "Lots of people are getting saved, and I want Jeff to see it." As soon as I said it, I wondered if I had made a strategic mistake? I didn't know if Mr. Blackstone was a believer, nor was I sure if that excuse would carry any weight.

"Well, that is a good excuse, " he said as he gave me a hardy slap on the shoulder and a brotherly grin.

The night came with more nerves. I asked Dad to give us a ride, and he was more than happy to oblige. Jeff sat in the back as the minivan rattled down the highway toward Mobberly Baptist Church. The event was to be a stage play frighteningly titled Heaven's Gates and Hell's Flames. I wrung my hands as we drove, afraid of what Jeff might think when he realized I was trying to get him saved. It felt like an ambush, and I was the Judas. But kind of like a reverse Judas—I don't know—Anyway…

We found our way to a velvety pew in the middle of the impressive sanctuary. As the lights went down, it was clear we were in for a real show. Dramatic music played as a series of tragic and unexpected deaths were depicted by amateur actors. Each would then be translated into the heavenly realm and made to stand before God. The recently deceased person would have to give a reason why they should be let into Heaven. Half the time, the dead person didn't make the cut and would descend into Hell to suffer torment forever.

What was stunning was that many of the characters thought they were saved for various reasons only to learn that God would not let them into Heaven. There were a few characters that believed but had not been fully committed in some way; even those believers went to Hell. The entire experience was overwhelming and instilled an incredible sense of doubtful dread in me. I can't imagine what it was doing to Jeff.

At the end, the pastor did an invitation to come down front and get saved. The man promised that anyone who came would be freed from the fear of Hell. Out of my peripheral, I could see that Jeff was on the edge of his seat.

“Do you want to go down?” I whispered. Jeff hesitated for a moment, though I could tell he wanted to move. “I’ll go with you if you want,” I added.

"Yeah," he said, as he rose mesmerized by what he had just seen. A large group migrated toward the stage together with us. Each person was in a post-show haze absolutely swimming in fear of Hell.

We were all ushered into a separate room. The volunteer staff divided us, which bothered me. An army of men and women with green name tags paired up with the new potential converts. Mine's name tag read 'Garry: counselor.' He seemed to be a little overeager in my estimation. I was made to sit down with the green name badge guy, and presumably, Jeff was made to do the same with his badged counterpart.

"Listen, Garry, I'm saved already, I just came down to bring my friend," I said as I scanned the room with my eyes. Jeff was seated about twenty paces away. I could see in the distance that he was fidgeting nervously. My explanation didn't phase Garry.

"So a rededication, then?" He said like a ray of sunshine had just hit him in his tickle spot. He reached for his clipboard and marked a box with his freshly sharpened pencil.

"I'll pray a prayer, and you can repeat after me." He said with the kind of confidence that can only accompany a complete lack of self-awareness. This guy was going to get a notch on his belt even if he had to get rededicated on my behalf.

"Dear Lord," he said. Then he gave a long pause, obviously waiting for me to repeat. I stared at the top of his head for a moment before I reluctantly closed my eyes and began to repeat, annoyed, if only to get the whole thing finished.

"Thanks. See ya,” I said when he had ended the prayer. The chair scraped the concrete floor as I stood abruptly and walked toward the nearest exit. I met Jeff on the other side. His experience was entirely different. Evidently, he had believed in Jesus for salvation. The counselor prayed with him and gave him a handful of materials to take home. I could tell that Jeff was excited as if a fifty-pound bag of bricks dropped from his shoulders. He was wearing this goofy grin.

I have to be honest, though. I was skeptical. After all, hadn't the play depicted a host of people who thought they were saved, but really weren't? How could I know for sure that Jeff had really been born again? Was there a new spiritual life placed inside Jeff, or had he just been manipulated into coming down front and pressured into a ritual by a guy with a badge? I wrestled with these feelings not because I doubted the sincerity of Jeff's experience, but because I was confused.

"Well, I got saved," Jeff said with a smirk as we arrived back at my dad's minivan. Dad was surprised, probably wondering if this was one of Jeff's silly jokes. By the time the seatbelt snapped, Dad could see that Jeff was serious. I climbed in the front seat and shared an expeditious glance with Dad, quietly confirming what had happened.

"You know," Dad said as he put the keys in and turned over the engine. "A great next step would be to begin studying the Gospel of John together." As soon as the words escaped Dad's mouth, a knot twisted in my stomach. I had gotten the guy saved, wasn't that enough. Was I now supposed to do a Bible study? It was turning out to be a lot more work than I wanted.

I didn't take Dad's advice. I didn't study the Bible with him. I didn't invite him to church. I only occasionally talked to him about spiritual matters, but that only while at school. Jesus told Peter he would make him a fisher of men. Well, I had caught a fish, but I just dropped it on the shore and let it dry in the sun. I left Jeff to his own devices, something I'm incredibly embarrassed about now.

In the following months, I continued to wonder about the authenticity of Jeff's salvation. His habits stayed the same. His language didn't change. One positive turn was that Jeff was now attending his girlfriend's church. Though she also continued to attend his bedroom all night a few times a week. In virtually every conversion testimony I had heard, the person laid aside their old habits overnight. That didn't happen with Jeff, so what was I to think? How could Jeff 'really' be saved since he was still sinning so much?

My early reservation was later replaced with reassurance. With little to no help from me, Jeff began to win his battles with his old self. They were slight changes at first. He stopped using the F word, or he chose not to tell a disgusting joke. In time he even broke up with his girlfriend to purify his life. The gradual shift was comforting. Before long, I stopped worrying that Jeff would go to Hell. I settled into the idea that Jeff had really received salvation that night, but that realization came with a more significant doubt.

I only became convinced that Jeff had become saved after his life was 'bearing fruit' as the old church hens would call it. So, when Jeff started doing good works, I stopped worrying about him, but it unearthed an inconsistency in what I believed. I would have aggressively argued that, theoretically, salvation is a free gift that one gets apart from works. Though, in actual practice, I had to admit that I didn't believe my friend was saved unless he did good works. It made me wonder what would happen to me if I stopped following Christ. Would that mean I was never saved in the first place? If so, then how could anyone know if they are saved at all?

As Jeff's faith grew, his lifestyle became more Christlike, but with that change, my own personal doubts about assurance and salvation increased.