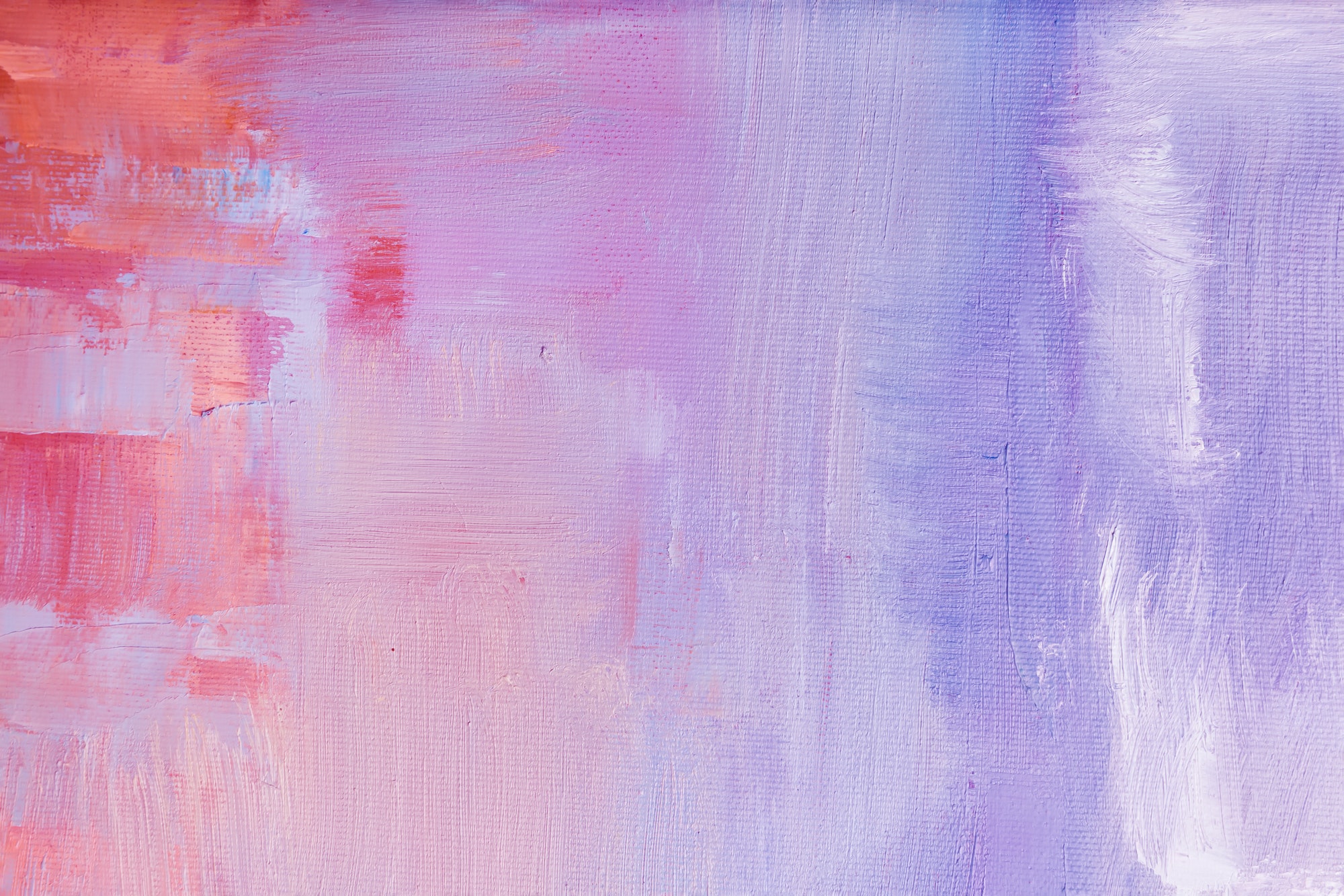 Avi carried the girl back to their camp. The pain of the scratch on his leg ached with the exertion. By the time they had arrived, the rain had stopped. Carina made a place for her to lay. She slept all day and through the next night.

“Hello, there,” Avi said when she awoke the next morning. He had hardly left her side since the incident.

“Hi,” she said. Her eyes scanned the surroundings. The morning sun was soaking through the trees, and a cool mist rose around them. Dawn-time dew dripped from the evergreens that arched over in a grand sweeping canopy. The sound of Uncle Rachit snoring was faintly playing against the morning bird songs.

“Do you have any water?” she asked.

“Yes,” Avi said, “Wow, your voice is getting stronger.” Avi reached for the water bottle and pressed it toward her mouth. This time she lifted her hands and took it. He handed it over, and she drank its entirety.

“Oh, you’re thirsty. Do you want more?” he asked. She nodded as a grin tugged at one corner of her mouth. Avi fumbled through their things, looking for the other bottle. Her deep umber eyes watched him, the slightest shade of amusement tinging the corners.

“Thank you,” she said before she gulped.

“Zariah,” she said between thirsty pours. Her words came with a musical accent. It reminded Avi of the two Royal travelers who had visited Sundar.

“Where are you from?” he said, knowing she wasn't raised anywhere nearby. Even before hearing her name and exotic speech, he could see it in her face. She didn't answer his question but continued to study him.

“Are you from Endale?” Zariah asked, squinting.

“No, about two day’s drive west, a place called Sundar.”

“And is Sundar under drought?”

“No,” Avi said. That it might be soon, he kept to himself. The almost invisible tension in her body eased somewhat. She turned her head to the side, glancing around. “Are you going to Endale?” Avi asked.

“Have you been to Endale?” Avi said. This time she didn’t answer.

“Thank you,” she said, letting her hand come to rest on his. He glanced down at her fingers, thin and delicate. He swallowed hard, trying to recall how to breathe. He no longer had the ability to look her in the face.

"I—it—the rain—and so.” Avi swallowed. Zariah smiled, her full lips stretching wide. She took her hand away, continued to follow him relentlessly with her amused eyes—his darted around, willing to look at anything but hers.

“You’re kind of nervous, aren’t you?” she said.

“Sure,” She said. She sat still with a grinning comfort. This time he went to the truck to retrieve it. He needed a moment to gather his wits. As he poured water into the bottle from the jug, he planned out the next five questions he'd ask. When he returned, she was sitting up.

“How did you get down in that canyon?” Avi asked.

“Fell,” she said as she took another drink.

“Yeah, I know what you mean,” she said. She held her stare for a moment as if deciding something. She took another drink and said, “I had dust in my eyes, and it was dark.”

“Dust in your eyes?” Avi asked. “So, you came from Endale, through the dust wall?” She said nothing, but raised one eyebrow and pressed her lips into a tight line. At her silence, he continued, “It's awful, couldn't believe it. I visited about ten years ago. It was full of life. Now it's dead.”

“What do you think of it?” Zariah asked.

“I mean, do you think it’s justified?” She tilted her head back but kept her eyes on him. Her words seemed guarded, even testing. He moved forward with a cautious reticence.

“I think His Majesty knows what he is doing,” Avi said. He let his tone rise at the end, which made it sound more like a question. At his words, Zariah let out a long sigh.

“Oh, you're a loyalist,” she said, allowing her smile to return and drawing a few relaxing breaths. She leaned forward, getting nearer to Avi's face than he was comfortable with, though he couldn't help but like it. She explained, “I wasn't exactly popular in Endale. They were ready to get rid of me, that's for sure.”

“Yes,” she said. “I have been there since shortly after the drought order went out.”

“What were you doing?”

“I was warning them,” she said, but then sought to amend it. “No, I was begging them.”

“Begging them for what?”

“To return to the King’s graces.”

She drank again. “So, you came through Endale, then?” she said.

“First time to see a drought?”

“Oh, no. There’s usually one somewhere in the Kingdom.”

“And you’ve found yourself in those somewhere’s more than once?” Avi asked.

“Yeah, I must be deranged, Right?” She leaned back and finished up the water bottle. Emptied now, she handed it to Avi. “Thanks.” Avi put it away and sat next to her and looked up at the sky through the trees.

“We saw a woman there, in Endale, I mean, who refused our help.” Avi shuttered with the thought.

“They refused mine, too, for nearly a year. By the end, all I could do was beg a few loyalists who were still there to migrate. A few families went north, but most stayed.”

“How did you get out here, past the dust wall?” Avi asked.

“Well, you're ok now,” Avi said and reached out as if he would put his hand on her shoulder. He got nervous and aborted the gesture in mid-motion. He hovered his hand, awkwardly for a moment. Zariah looked at his lingering appendage frozen in the air like a weird bird. He pulled it back as quickly as he could. She grinned at him for a long moment before she continued.

“My eyes were filled with sand. I heard a water trickling and walked toward it. When I fell, the lights went out for a while. Then I heard—” Zariah paused and looked down at her hands. “I know it sounds strange, but I heard singing. It was angelic. Like His Majesty had sent a messenger to sing over me.” She hummed the melody. Although still raspy, her voice was like honey and wine. It took a second before Avi recognized the tune. He knew it because it was his own, one that he thought only he and the trees had ever heard. He bit his lip as he listened to her voice, as beautiful as a songbird.

“Lay in the dust, mourning sleeper. Wail for all you’ve lost again. But know that your king loves deeply. Those he…” Zariah trailed off. “I blacked out before the end and didn’t get to hear the last part.”

Before he realized what he was doing, Avi supplied the missing lyric. “Those he chooses to discipline,” Avi said. With the words, Zariah’s eyes grew to the size of the moon. Avi’s breath caught in his throat.

“You heard it too?” Zariah said as she reached for Avi’s hand once more.

“I—uh—yeah. I guess I heard it too.” Technically true, though, he should tell her the rest of the story.

“Wasn’t it amazing!” Zariah said. “I’ve never heard a voice like that. It was like it came down from the sky. When I heard it, I knew that His Majesty had not abandoned me. I knew it would be ok, somehow.”

Avi drew a cautious breath. He wanted to tell her that the singing had been his. He wanted to explain the warmth that her words were filling him with. He wished he could express—anything at all. Instead, he sat quietly, looking dumbly at her.

“So, your companions are loyalists as well?” She gestured in the direction where Carina and Rachit were still sleeping.

“Yes,” Avi said, though he let an unintentional hesitation steep into his answer.

“Is there doubt?” she asked.

“Hey, she’s awake!” Carina said from behind Avi. They both glanced in her direction. She rubbed her eyes and jostled Rachit from his slumber. In seconds they were surrounding Zariah.

“Rachit, Carina, meet Zariah,” Avi said. He tried not to be annoyed at having his intimate morning interrupted.