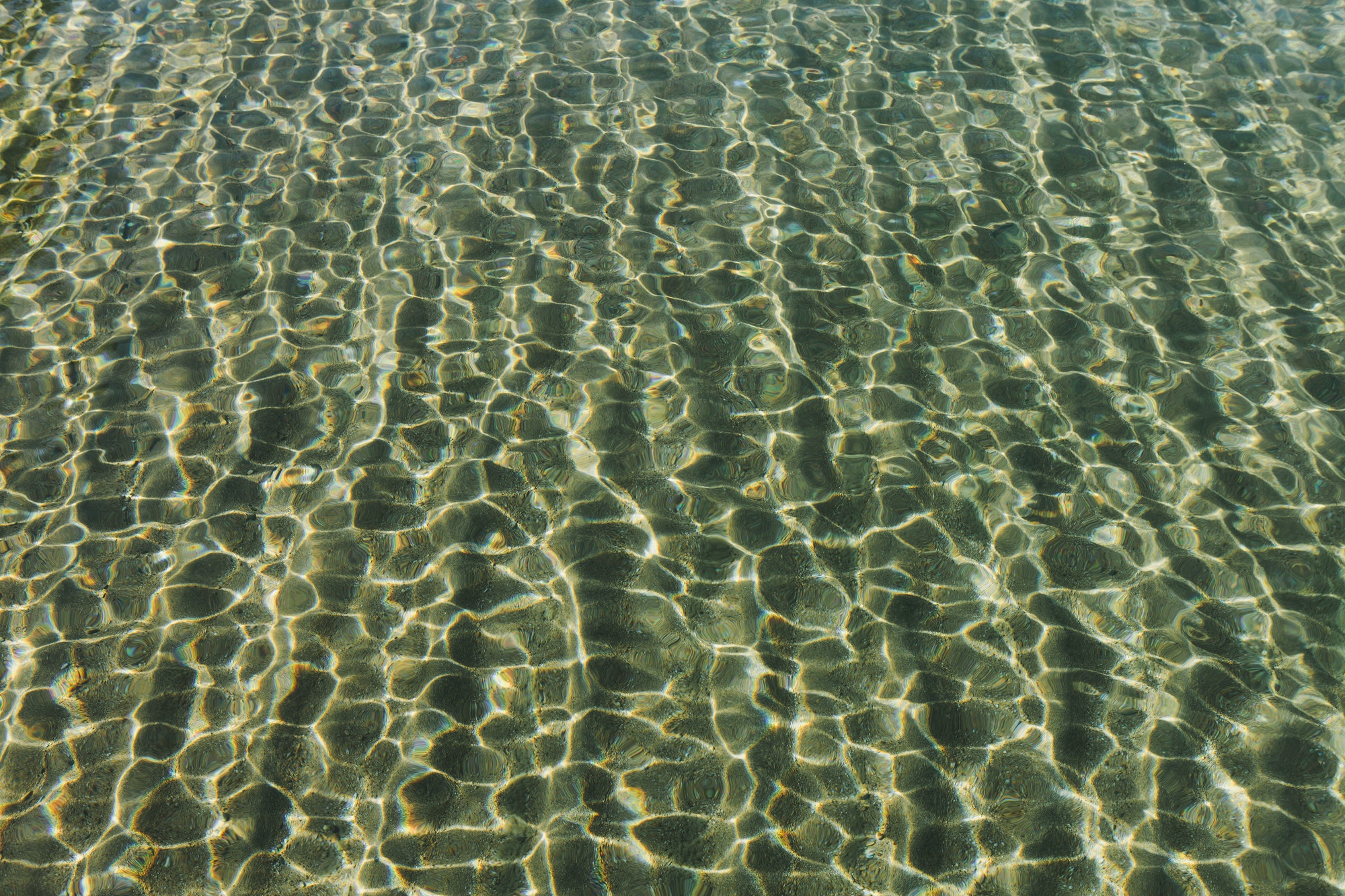 The year I served as the interim youth minister was the busiest of my life. The summer was especially hectic. I made my first two international mission trips. I led the student ministry through a packed summer schedule and I played at a handful of summer camps with my band.

My band did a two-week camp in Arkadelphia, Arkansas. It was our first "big gig." There were hundreds of students from dozens of churches. They had come from four different states. The camp, which was called Reach, was an essential step in the life of the group. That was mostly because of one man. The speaker for that week was a well known evangelist named Jon Randles. He was a brilliant speaker who could hold the attention of any crowd. He was funny, but on a dime, he would turn and say the most poignant things. The guy enamored me.

I was sad to see our two-week stint come to an end, primarily because I had so enjoyed listening to Jon. As I went back to my home town and returned to the youth ministry, I imagined becoming a speaker like him. There was something about his words that were clear and compelling. He didn't burden his listeners with a boatload of confusing phrases, as so many Baptist evangelists and speakers often did. His gospel approach was simple and understandable. This guy was different, almost an enigma to me. I only wished I could get some more time with him.

A few weeks later, my bandmates and I got a call from our lead singer. She wanted to have a band meeting. That was uncommon. We didn't ever have meaningless meetings; we had always used our time together to practice. It was clear that something out of the ordinary was in play.

"Jon Randles called me," she said. Laney was not only a great worship leader and singer but a fantastic band manager. She was virtually beaming as she relayed the conversation. "He's invited us to be the worship band for Paradigm." One of the band member's jaw fell open. He knew what that meant. The rest of us were in the dark. She explained.

"Paradigm is one of the biggest college worship services in the state. It happens every week in Lubbock, Texas, near the campus of Texas Tech. There are anywhere from a thousand to fifteen hundred students there every week." she said exuberantly. We had never been too concerned by the size of the crowd. Years earlier, we had started the band for a local college Bible study, which had an attendance of eight, six of which were in the band. "They want us to come this fall."

As we talked, I could hardly believe what I was hearing. It was the chance of a lifetime. It wasn't the size of the audience that I was most excited about, though. It was the fact, as I found out, that Jon Randles was the weekly speaker for Paradigm. I would get the chance to not only listen to his teaching but to build a personal relationship with the guy. We buzzed electrically for the next months as the time approached.

There were some complications to work out. Namely, Lubbock was an eight-hour drive away. I was in my Junior year of college, and my tuition was free. I knew it would be irresponsible to drop out, so I began to scheme a way to stay at the university I was at and get to Lubbock once a week. In addition to this, I was still the student ministry director in my home town. It was a puzzle to imagine how this semester was going to come together.

Only a college kid would entertain the idea of trying to balance such a ridiculous number of obligations. Monday through Wednesday, I was in class at my University in Longview. Sundays and Wednesday nights, I was leading youth meetings. Thursday morning, I would drive to Dallas and get on a jet headed for Lubbock. Thursday night, I'd play with the band. We'd hit the sack late, rise early to hop on another plane headed home. I'd return in time for Friday afternoon class at the university. Saturday, I'd prepare for Sunday youth meeting. Then the week would begin again. I was also on the rotation to lead worship for chapel at my university, and I hosted the campus comedy show that semester as well. Each of these obligations required more preparation time than I was able to give them.

Nonetheless, they got done. Somewhere in there, I had to fit study, sleep, and occasionally eating. Oh, and did I mention that I had a girlfriend at the time. I'm sure we saw each other during the week, but I was a pretty absent and absent-minded boyfriend.

What I loved most about the manic schedule was the fact that I got to spend an evening with Jon Randles. He, too, had a busy schedule, busier than mine by far. He would often drive in from a revival, or speaking engagement just in time. We'd sit down for a half-hour or so before Paradigm and catch up. After the worship service, we'd usually hit a local all-night burger shop and sit around and chat for an hour or so. He was different than the other "professional" speakers I'd met. He had managed to stay untouched by the usual cynicism that had gripped most of the traveling evangelists I knew.

I asked Jon to mentor me. He was happy to have an apprentice and gladly invited me to join him on the road. My schedule didn't allow many trips, but when he was in the region, I'd hop in with him and ride along. It seemed that ninety percent of his job was to drive to the next event. Along the long stretches of west Texas roads, we'd talk about the nuts and bolts of doing the kind of ministry he did. I saw it as a certain kind of magic, and I wanted to learn the tricks of the trade. He had mastered life on the road, and he was the best I had ever seen at what he did.

After one of those long drives, we arrived at a little church which he was to speak at for an evening revival. We had driven three hours to get there. He hopped out of the car and began rifling through the trunk like a raccoon. "What are you looking for?" I asked.

“A Bible,” He said casually.

“You don’t have a Bible you preach out of?” I asked, surprised.

"I don't need the Bible for me; I need it for them,” he said with that familiar smile.

"I have all the verses I'll preach memorized, but West Texas Baptists carry guns, and they'll use em' on me if I go up there to preach without a Bible in my hand." He went back to rummaging as we laughed. After a moment, he found that for which he was searching. He produced a camouflage covered Gideon sized Bible. "You think that'll work?" he asked as he tucked it into his back pocket. We laughed as we headed toward the church now only a few minutes late.

"I was preaching for a youth revival in Dallas. Afterward, a guy came up really confused," Jon said as we came to the door. He paused with his hand on the handle. He wanted to finish his story before we entered the building. "The guy said, ‘are you dyslexic? I told him, 'no.' He said, ‘Oh, I was just wondering cause you preached that entire sermon with your Bible upside down.’” We entered the building, giggling like a couple of kids.

It wasn't just that he was fun to be around. In the year I spent getting to know Jon, I noticed something about his teaching that was strangely missing from most other evangelists. He made a sharp distinction between salvation and discipleship. He had this fun phrase that he would use to talk about the moment someone gets saved. He would say, "Once you step through the Stargate, you can never go back. It's done. It's taken care of." I liked this primarily because I was a huge sci-fi fan, and Stargate was one of my favorite movies. He would explain salvation as a one-time event. Many people were living as "Casual Christians." Most of his time was spent trying to get people who were saved to begin to live as "Dangerous Disciples."

He acknowledged that there were believers who were saved who didn't take the next step of discipleship. That was new to me, but even at the time, I didn't soak it up. I didn't grasp the monumental difference in what he was saying. The terms had become so muddled to me that salvation and discipleship seemed to be essentially the same thing. It's only in retrospect that I look back and realize the seeds that he had planted in my mind and heart. These seeds would not bloom for years to come. It wouldn't be until they were watered by an unexpected source that I would finally come to understand what Jon Randles was talking about.

Toward the end of that hectic semester, I was beginning to feel the effects of that crazy schedule. I could tell I needed some time to think and, more importantly, sleep. I had turned in all my work for my classes at the university. Soon I would move to Lubbock to play with the band.

I was sitting in my office at the church one Monday morning. The fall semester of Paradigm had ended, and I was approaching a much-needed winter break. It was as if I could feel the speed of it all slowing to a normative pace. I hadn't had time to simply sit and think, something that I used to do all the time. I loved taking an hour here and there in a comfortable chair to ponder the new things I'd learned. Throughout my life, this was one of my favorite practices. I would often find a piano on campus where I'd casually adlib on the keys as I thought through my day. I hadn't had time to process all that happened and all I'd learned.

I was looking out the window leaning back in my oversized office chair. My mind was wandering over the many things I had heard from Jon Randles and the dozens of other evangelists we’d work with in the previous years. I was comparing all that against the Bible lessons I’d been teaching my students at the church. It was hardly a Freudian slip, but out of my mouth came these words—"What is my role in my salvation?"

It was a passing thought ambling by. I didn't consider it a sign of a problem at the time. These were the kinds of things that I would sit around and ponder.  In looking back, however, that simple phrase completely encapsulated the fullness of my confusion. I was reasonably confident that Jesus had saved me, but I wasn't sure what I had done to gain that salvation. In fact, I wasn't even sure if I was currently doing something that allowed me to maintain my salvation. Jon Randles' words became another ingredient in the theological stew that boiled in my mind. I was struggling to understand what allowed someone to be saved. I wanted, no needed, to understand.