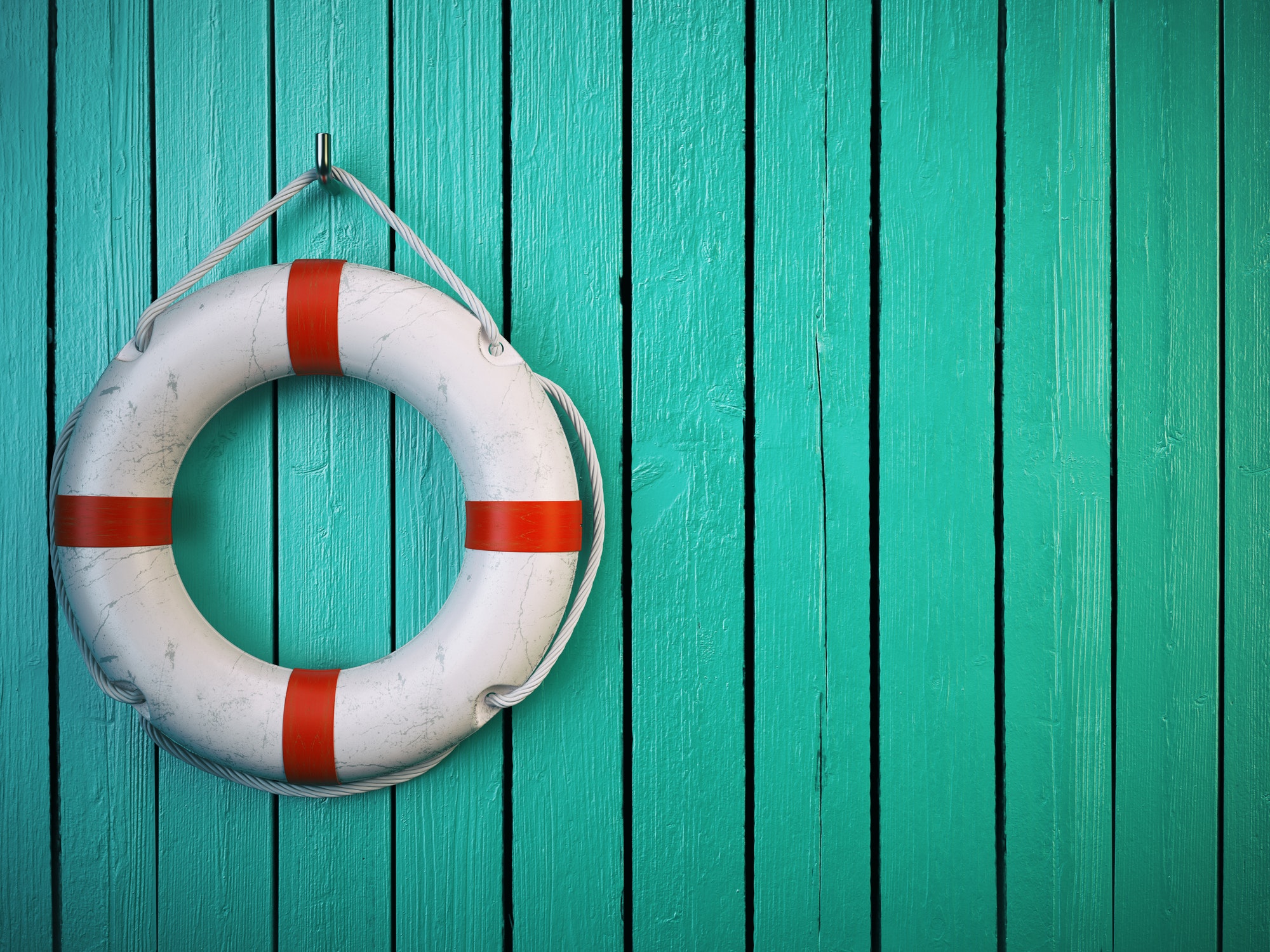 Most of the friends I had were either in music or youth ministry. Some of them were in both. I had a buddy who had taken a ministry job at a church one town over. He was primarily a music minister, but he was good with students as well. He had never studied at seminary or even Bible college, but as I said, he was a great singer.

He invited me to preach at his church, Red Oak Fellowship, regularly. I had spoken there probably five times for both youth events and Sunday morning services. I knew many in the student ministry by name and was building a relationship with the congregation. When he called me one Friday afternoon, I could hear the concern in his voice.

“I was teaching last Wednesday,” he explained with a note of trepidation. He paused as if he didn’t want to tell me what happened.

"Yeah?" I prompted. "That's your job." I was trying to bring some humor, but he didn't take the bait. Clearly something had happened that unsettled him.

“I got into some hot water with the parents of some of my youth,” he said.

"So, I was teaching, and I started talking about salvation. I got on the subject of once saved always saved." He took a breath, which indicated we were almost to the problematic part. "I said that it wasn't enough to pray a prayer that there had to be a life change. Some of the parents came and cornered me later and griped me out. I'm afraid I might get fired."

"Wow, that's brutal." I felt terrible for him. It was not entirely surprising. Once saved always saved is a controversial topic in many of the churches in the Bible Belt. There are multiple definitions of the term, which complicates the debate. It's not a simple task to craft a coherent thought on the subject. It's not the kind of issue anyone should try to answer without thinking through the logical implications. My friend had stepped into a bear trap without even knowing it.

I could relate to his situation because I had struggled with the same issue. So much of the confusion throughout my life came down to this one single word, assurance. Could a person who claims to have faith, but then lives like the Devil really be saved? Does Jesus assure salvation even to those who live a life of sin? That was one of the great battles of my thought life and I wasn't exactly winning. I found myself often repeating famous Bible teachers like Grudem, Carson, and Sproul, but I was positive I had not gotten to the bottom of the issue. I could recite pithy pious lines, but something was missing in my understanding. Something didn't line up. That's why I avoided speaking on the subject publicly, and my buddy could have benefited from the same policy.

"Man, I'm sorry to hear that. I wouldn't want to be in your shoes," I said, trying to show some sympathy.

“Well, I was hoping you could help, actually,” he said without missing a beat.

"You're the most knowledgable person I know on these kinds of subjects except my uncle, and he's out of town. I was wondering maybe you could come do a question and answer session with the students and parents next Wednesday night," he said.

I should have said, are you crazy? He had just fallen into this deep dark pit with spikes at the bottom, and now he was asking me to jump into it with him. I knew, even at that moment, that I wasn't really at a place to answer questions about once saved always saved with personal conviction. Of course, I could quote the famous reformed preachers on the subject, but was that really what they needed? The whole thing was as radioactive as Chernobyl and I should have proceeded with extreme caution. I should have asked him why the pastor of Red Oak Fellowship couldn't do the Q and A. It should have sent up red flags that he wanted a guest speaker in his early twenties from out of town to come and tackle these big questions.

"Of course, I'll come do a Q and A!" I said with gusto. I should have run for cover, but instead, I agreed to charge in with him. It was an invitation to a speaking gig, after all. With my voracious appetite for recognition, I had a personal policy not to turn down gigs.

What's more, it stroked my unhealthily bloated ego that he'd want me to come and help him sort out this difficult situation. I was so ambitious that I couldn't turn it down. I was so arrogant that I thought I could handle it without even preparing.

I was dense enough to look forward to the night. The stage, which I had spoken from multiple times before, was set up differently. There was a table and two chairs. The room was dark except for the stage lights. My buddy sat across the table from me and conducted an interview. It was like a churchy talk show but without the laughs, and with the added pressure that if it went poorly, he might get fired. He opened the evening with a promising introduction.

"Tonight is about getting your questions answered. Any question you have about Christianity that no one has been able to answer, write it down and pass it up, and Lucas will answer it," he said. Why not have them write down questions about astrophysics, quantum mechanics, and neuroplasticity while we're at it? Nothing starts a church service like overselling the guest speaker.

The students and parents began to write questions on index cards and pass them up to the front. Why they thought a kid in his early-twenties was going to have any answers, I still don’t know. The questions began to find their way to the stage. The first few were predictable.

“How do you know God exists?” my co-host read aloud.

I answered with the fine-tuning of the universe, coupled with our inability to explain away Jesus. Whether it satisfied the questioner, I have no idea.

“Ok. Next question. How far is too far to go with my girlfriend?”

I could have groaned. I would rather answer the quantum mechanics questions than that one. I told the kids what I had heard from a speaker in college. "Imagine your girlfriend. Now in your imagination, draw a box with the bottom below her knees, the sides at her shoulders, and the top at her neck. Don't touch anything inside the box until you're married." The answer was not exactly from the Bible, but it got a laugh, so we moved on.

It went on like this for probably about an hour. I now know that the most liberating phrase in the human language is, I don’t know. I should have used that phrase often that night, but it didn’t come out of my mouth once. I pretended to have a prepared answer for every question that came in. What I lacked in knowledge, I made up for with empty chatter and punch lines.

Somewhere toward the end of the night, we exhausted all the questions passed forward. I knew there was at least one more question. No one had written this one. It was the question that I had been brought there to answer. My buddy looked down at one of the cards as if it were just another write-in.

"What about once saved always saved? Can a person say they have faith but have no life change, and still be saved?" he asked. I stood from my chair and stepped to the edge of the stage. The wireless mic was heavy in my hand. I should have said, I don't know. Thank you, and goodnight. That would have been the most honest thing I could say at that moment. Instead, I leaned back on my years of preacher jargon.

"Great question. Salvation is by faith alone in Christ alone. It's a free gift. You can't do anything to earn it, and you can't lose it. However, if you willingly live in sin, that proves that you never were really saved in the first place. You see, salvation is a free gift, but it will cost you everything. If you truly have it, you can never lose it. If you lose it, you never truly had it. So, yes, I believe in once saved always saved, but I might say it this way. Once you're really saved, you are always saved, but there are many people who think they're saved and really aren't."

Even as it was coming out of my mouth, I knew there was a logical problem with it. If salvation is free, it can't also be costly, but I'd heard so many preachers say it's both, so I was just repeating what I heard. I knew that based on what I had just told them that there was no way to have assurance until after you're dead, but I also knew that the Apostle John said that we can know that we have eternal life. I knew that telling people that salvation was a free gift but that they had to exhibit life change to prove they are really saved was contradictory. Life change is better behavior, following the rules, doing good works.

Jesus said, "Don't throw your pearls to the pigs because they'll turn and trample you." No problem, I was throwing mud to the sheep and to my amazement, they seemed to eat it up.  That audience should have drug me outside and stoned me to death for the contradictory incoherencies I had just spewed. I had babbled on with empty platitudes and hidden my own confusion behind convoluted enigmas. They didn't stone me. They didn't even argue. They accepted what I had to say. They even seemed to enjoy the slew of obliquities.

It felt good to be appreciated, but there was a dark cloud over me for doing what I did. Even if they hadn't seen my inconsistency, I did. I knew I had dealt them a cheating hand of cards. I had dodged the real question with slick phrases that were emptied of all meaning as soon as they escaped my mouth. I wanted to share the truth about the Gospel, but it always seemed out of reach. After all, I was now the Bible answer guy apparently, and I knew my answers could be dismantled by clear reason. What a scary thought. I didn't realize it at the time, but this was the beginning of a long slide downward.