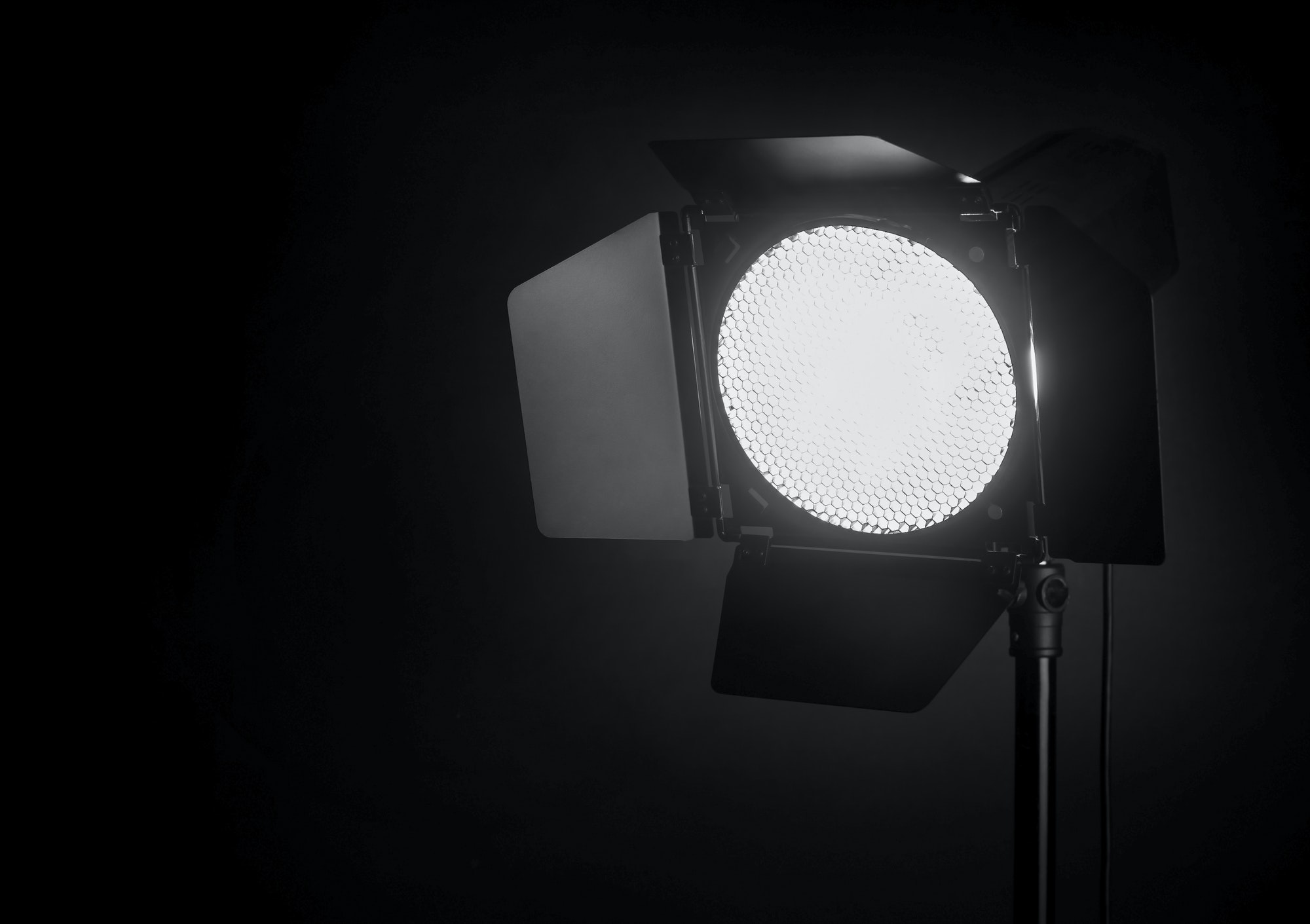 When I was a high school sophomore, I directed a short film called Janitor Wars. It was a spoof of Star Wars set in a high school. Two janitors battle for dominance with mop handles aided by the force. My team and I won the first-place state-wide award. In the years that followed, I had used my graphic design and video skills in the various ministry positions that I held. By the time I had dropped out of seminary, I was ready for a complete change of scenery and occupation. Maybe media would be fun.

For years I had dreamed of becoming a famous speaker and evangelist. Now that that dream was dying a speedy death, I began to transfer my aspirations to a new field. I had been more inspired by movies, especially science fiction and fantasy, than I had by anything which took place in the church for quite some time. I started to envision a new direction for my life.

With what little money I had, I purchased my first video camera. It was a large shoulder mount HDV model. The sizable investment meant that my new plan had better work. I used the network of churches I already knew to book my first summer’s worth of video jobs at youth camps. It was an exciting time.

I packed my blue and red jeep, newly refurbished, with all the homemade video equipment I had, buckled my camera into the passenger seat, and hit the road. Monday through Friday, I would make highlight videos of the camper's activities in exchange for a fist full of cash. The summer camps enjoyed my videos, and I enjoyed getting paid. Saturday, I would drive home if I was within a few hundred miles, and Sunday, I would head to the next camp.

I had assumed that I would have enough work to carry me to the end of the summer, but then I’d have to get a real job. As summer drew to a close, it was clear that there was plenty of work to be had. From job to job, I was able to keep my camera rolling, always thinking, after this one, I'll have to get a nine to five. It never came to that since the video and design jobs kept coming in.

For the previous years, I had been paid minimal coinage, making around $1200 a month by the church. My expenses, like my body, had been skeleton thin. Now things were changing quickly. With every successful production, my income grew along with my reputation. Within months of starting my media business, I was making more money than I ever had in my life. I was not only making a living with a camera, but I was climbing that slippery ladder into the middle class. I called my company Media Kitchen, a clever play on my last name. At the end of the year, my Media Kitchen tax return showed that I had invested 70% of everything I had made that year in new equipment. I was no longer using homemade gear but was filling my small apartment with expensive production gadgets, the likes of which a movie studio could be proud.

It wasn’t long before I was able to begin thinking about the kinds of projects I wanted to do. Shooting commercials, training videos, and the occasional TV special for the local channels was enjoyable enough, but I had my eye on a larger prize. I was happy to be making a living, but I wanted to make something else entirely.

My buddy at the time was Tom. We were both unmarried, previous youth ministers, jaded by the church each in our way. Our lives were a constant string of cynical remarks about the nature of Christian American life. We promised one another that if either of us ever got married and had kids, we wouldn't turn out like all the do-nothing yuppies we saw in town.

In light of our enormous portions of free time, Tom and I began to discuss the possibility of making a movie. My desire to be a famous Christian evangelist was now dead and replaced by a more worldly pursuit. My ambition to become a renowned filmmaker had a gravity all it's own. The film we would make began to take shape. Tom would be the principal character, and I would run the camera. We floated scads of ideas before we came to a concept that would change the movie industry forever. The dreamy haze of self-aggrandizement began to tug at me. The illustrious idea was… fortune cookies.

We began to write the script for a modern fantasy we would call Cookie. Actually, I wrote, and Tom read. It was hardly a script, considering that I didn't know the first thing about writing a movie. I had assumed that the writing process was just a formality and that all the magic happens when you finally hit record. For this reason, the story was convoluted, meandering, and ultimately meaningless. Within a few weeks, our script was locked and ready for production.

I knew we would need more people involved in the project if it was going to be any good. I needed some crew to help bring it to life. Tom and I both felt conflicted about this. Managing a large group of people was not my idea of fun. We enjoyed being a duo, but the movie project was snowballing. We'd certainly need some other faces in the movie. It would be incredibly dull if it were an hour and a half of Tom doing meaningless tasks alone.

Tom had been dating a girl from Dallas. She was a smart, well-spoken, and pretty girl. I knew from the time I saw her she'd be great on camera. It wasn't long before we put two and two together. After deliberating on whether their relationship was ready for him to ask a favor, he agreed to give her a call.

After about fifteen minutes of him pacing the front yard with his phone to his ear, and me shadowing his steps trying not to butt into the one side of the conversation I could hear, he hung up. The look on his face didn’t betray the outcome.

"She's in." he said. That was that. We had our male and female lead. The next step was to find some crew. We could do it with a crew of two, at the minimum. We'd need at least one more person to pull off our big movie. Unfortunately, my friend list had been whittled down to one, and Tom was already on board. I wasn't sure where we were going to find more warm bodies.