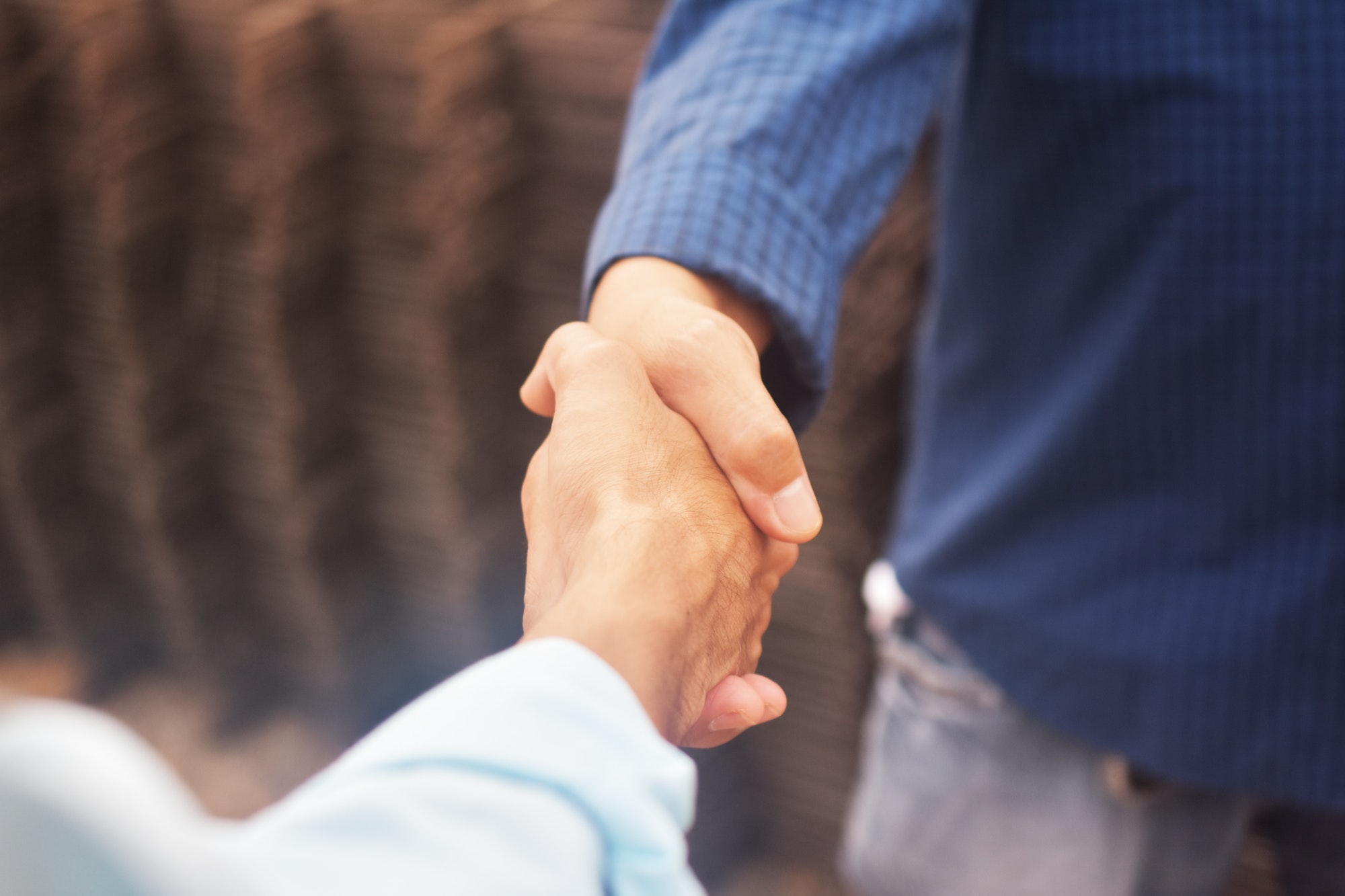 I got my first church job at the age of 19. I was hired on as the pastoral intern at a small Bible church. I was the first one the church had ever had. It wasn't clear what the job description was. I met with the pastor a few times a week. The majority of our time was given to reading aloud. I know it sounds strange, but… no, it was strange, now that I think about it. I don't remember the name of the book, but the cover was orange, and it was a biography on a revival preacher from the 1700s named Jonathan Edwards. I cared nothing about what we were reading. The pastor sipped day-old coffee by the styrofoam cup load as I read page after page.

One thing I do remember about Jonathan Edwards was that he had his first pastoral job when he was only 18 years old. A stab of pain could be felt on that one. I was already 19, and only a pastor's audiobook. I did not feel useful in that internship and looked forward to the day that it would end. As a result of that experience, I unequivocally decided that I would not ever be an intern at a church again.

So, my next job was intern for the youth group of a church across town. I know, my commitment to stay away from church work was laughable. I had landed the job at the big Baptist church. It had it all: steeple, pipe organ, and a clearly written job description for interns. I had been in the Bible church all my life, but I learned quickly that the Baptists paid better. Not-to-mention, being a youth intern, was a lot more fun, mainly because it didn't involve being a book on tape.

As the college-age summer intern for the Baptist youth group, I led game time, helped plan events, and occasionally taught the Bible lesson. The Baptist church was less concerned with biblical acuity, and I appreciated the lack of scrutiny. As an intern, I was allowed to share from the heart, which is a license not to prepare. It was easy, and I breezed through those short hot months with the greatest of enjoyment.

The youth minister, Stan, was in his late twenties. He had been raised as a constantly sun tanned California kid before his parents moved to Texas. I always thought of him as a healthy mix of surfer, radio DJ, and a friendly young uncle. He could coax a load of laughs out of any room, whether by means appropriate or otherwise. His youth ministry was a haven from the stuffy rules and drama of teenage life for about a hundred and fifty town kids.

Stan taught me a lot about serving youth. My time in his office was very different than my first internship at the Bible church. We talked about life and love and ministry. He got a thrill out of seeing young people, including me, growing and making good life decisions.  Being in the Bible church all my life, I had grown up thinking there was nothing of value in any other church in town. Now I was beginning to see that there was an entire ecosystem of believers that was not only alive but thriving.  Working with Stan at the Baptist church was like realizing I could breathe underwater and discovering a whole new world below the surface.

One of our main events each year was summer camp. The youth group was big enough to do our own camp, but the year I came on board, Stan decided to register the kids at a more traditional small-town summer camp. He did this with a note of intention since he would soon be shouldering a new responsibility. We invested a lot of time and money into planning for that oh-so-important week. It was to be a five day stint of high octane activity finely calibrated to evoke an emoti-spiritual response from the kids.

The week came with a burgeoning concern. Stan, the energetic leader of this camp bound conglomerate, had one lingering inconvenient family obligation. He had a spousal priority, which threatened to upset the delicate balance between the youth group and leader. I suppose it was not entirely unexpected, but Stan's wife called on the second day of camp and informed him he needed to come home immediately. She was about to give birth to their twins. Obviously, his priorities were upside down because he totally fell for it, leaving his youth group in the hands of an intern.

"Ok, you're in charge." He said as he fumbled with his keys. He and his wife were having their first children, and he was overjoyed. "I love you, man." He said in a rare moment of sincerity. I repeated the same as he climbed into his car. I'd never told him or any other man such a thing, but I had that warm brotherly love that comes from working and achieving together.

I remember the strange feeling as I watched Stan's truck drive out of the camp gate, dust billowing up from the back tires. In reality, there was hardly anything different. Stan, in his wisdom, had chosen this camp because it basically ran itself. I was a glorified babysitter for the rest of the week, but it was a fantastic feeling to be the one trusted with such an important ministry. The three remaining days went off without a single injury, death, or teen pregnancy. It felt good to be needed and trusted and as we drove back, I knew I had found a line of work that I wouldn't soon part with.

It was much better than reading aloud a dusty old book about a dead dude from the 1700s. The work felt relevant and meaningful. The Baptist church held a real sense of excitement. Every week there was another adventure. Those months raced by with unending novelty.

My youth internship ended with the summer, and I continued with my college education. In addition to all this, I was still doing weekend gigs with my band, which often left me drowsy for class. I was studying Bible, history/political science, and psychology. It was the cocktail approach to seeking a university diploma. They called it an interdisciplinary degree. I called it 'the path of least resistance.' It turns out there are quite a lot of books about dead guys from the 1700s along the way to a diploma, though I could never get anyone to read them aloud to me.

One afternoon I got a call from Stan, the youth minister. It had been many years since I'd spent any time with him. He talked to me, not as an intern, but as an old friend. "Why don't you come by the church this Wednesday night. I want to talk to you about something," he said, not giving a hint to what was on his mind.  I agreed readily looking forward to visiting my old haunt.

Entering the building and climbing the flights of stairs to arrive at the youth room was a blast from before. The blue carpet, raised stage, and the third-floor view of downtown brought all the memories from that fantastic summer rushing back. I could feel the nostalgia as the smell of the room hit my nose. I walked in as I had done countless times before. Stan was still hard at work. It was as if time had stood still since I had left. He was as energetic as ever. As he wrapped up Bible study, I plopped down in the back.

“How would you like to be the youth minister here?” he asked after the meeting. The kids were gone by now.

"What?" I stammered. "Seriously?" I contained myself, but inwardly I was leaping at the surprise opportunity like a starved street dog. In the years since I had seen Stan, I had worked as the youth director of a tiny church that smelled like mildew and was an hour's drive away from my house. I enjoyed my time there but wished for a position less smelly and closer to home. I wouldn't get closer to home than this, and the smell of the building held a bouquet of warm memories.

“That’d be cool,” I croaked out sheepishly, trying not to overplay my excitement. “Are you leaving?” I asked, trying not to think only of my own machinations.

"Yeah, I've been offered a position at a church in another town." I congratulated him as we talked about what he would be doing at his new church. I restrained myself from saying, "Enough about you, now let's talk about me!"

In due course, Stan walked me down to his office, soon to be my office, and we continued the conversation. The church would form a search committee, but I was to be the interim minister of students. Stan explained that I would be considered for the position if I chose to throw my name in the hat.

“Why me?” I managed to ask as we chatted.

“Remember that time at camp?” he asked as his lips curled upward into a smile.

“You were only 19, but I knew I could trust you with 150 kids for a week.” I stared at the carpet, trying not to show my gleaming pride. “This is kind of like that.”

“What do you mean?” I asked, not quite seeing the connection.

“I’ve worked hard to get this ministry where it is. I want to hand it off to someone who I can trust to carry on, keep it strong, and continue the work.”

He loved the kids. He loved the town. I could tell with those words that it was hard letting go. He would soon drive out of town, once again as I stayed behind to do my best at shepherding the flock he had gathered. I was so excited to be part of something important. Within a week, the keys to the building were in my hand.