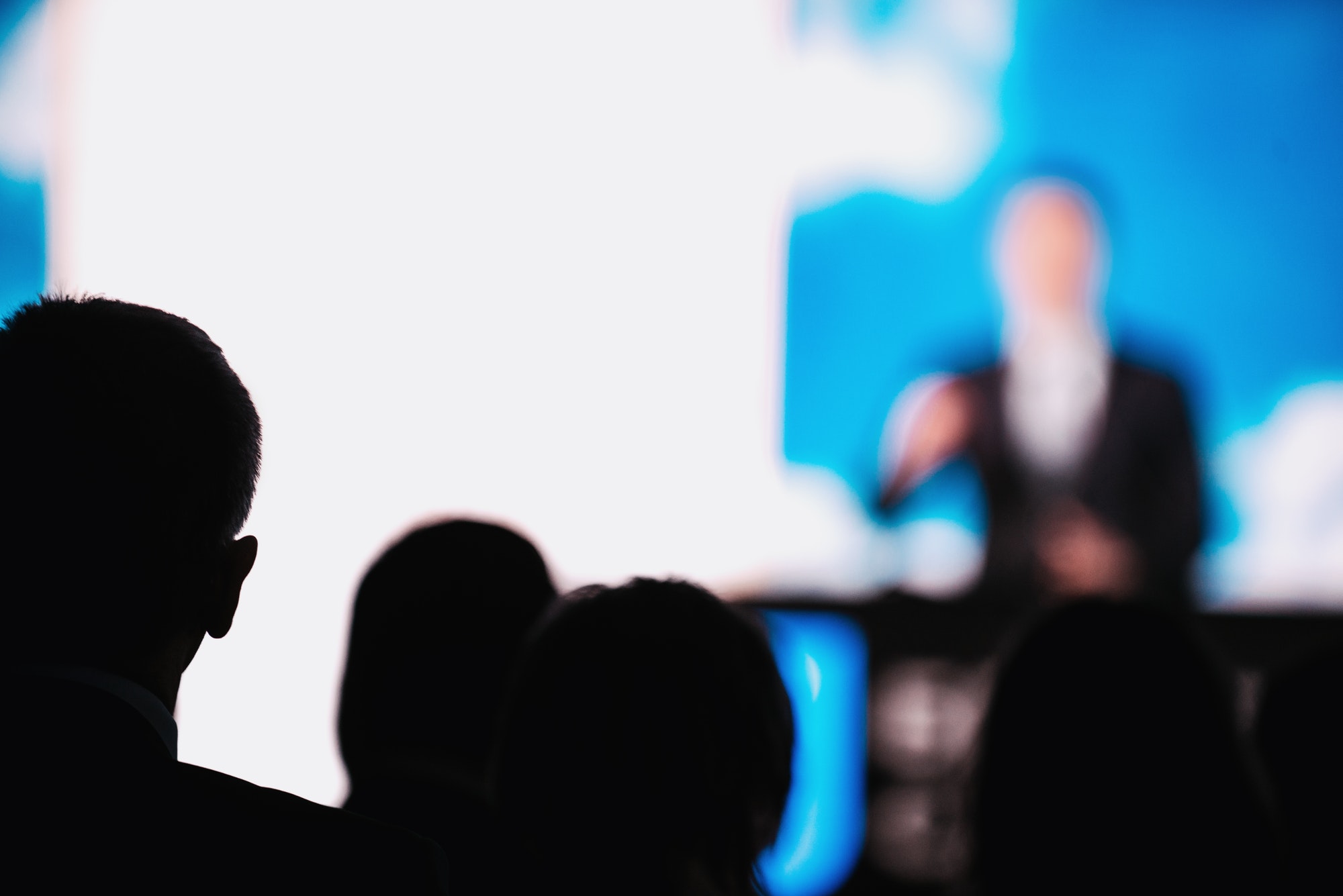 By my junior year in high school, it was becoming clear that there were a lot more gigs for a worship band than a loud rock act. As the worship war was waging in churches, the door was swinging wide for drums and electric guitars where only pipe organs, choirs, and pianos had been before. Much of our energies began to be redirected toward providing the music for youth events and on the odd occasion, even Sunday morning services.

At seventeen years old, I was traveling with a band on the weekends and summers. There seemed to be no shortage of student retreats, D-nows, summer camps, and lock-ins at which we could hawk our worshipful wares. We also sold merchandise such as T-shirts with our worship band's name painted across the chest. Sure, we wanted people to worship God, but we wanted credit for showing them how. Some of these godly gigs we traveled over a thousand miles to play. We hardly made a dime, but it didn't matter. We weekly crawled into my buddies' parent's van and made the long nighttime drives.

As time passed, the gigs grew in size and frequency. Over those years, I produced albums in my garage studio for and traveled with a host of worship and contemporary Christian bands. The names seem funny now. I played with Blue Skies, JumpStart Ministries, Twenty Four Seven, Grace Junkies, Pearl Merchant, and probably a few others I don't remember. We provided wholesome entertainment and worship for thousands of young people across Texas with occasional gigs in Arkansas, Louisiana, Colorado, and Oklahoma.

We were only ever half of the act, though. Every youth event, whether it’s a revival, conference, retreat, lock-in, D-now, fifth quarter, or whatever, has at least two parts. The worship band gets the crowd softened up like a lump of kneaded dough. Then the band hands off the dough to the master pastry chef: aka the event speaker, an evangelist style professional talker. He cranks the temperature to maximum and bakes the room until everyone either gets saved or singed in the erratic heat.

A good youth speaker knows how to turn the heat up slowly, though. Since it's student ministry, he'll usually start with a bevy of semi-inappropriate jokes. I remember one such youth evangelist who would open with schtick like, "What do you call a vegan with diarrhea? A salad shooter." He'd follow it with a half dozen poop jokes. After sharing a few laughs with his unsuspecting victims, he'd brilliantly turn the dials as he warmed the crowd.

We once did a gig with a man named Jesse Duplantis. Although we didn't know it until we did the gig, he was a product of the most extreme wing of the prosperity gospel. Duplantis is like the comedian version of Kenneth Copeland. If you can imagine a mix of Robin Williams and Binny Hinn, then you pretty much understand the man. We had no idea what we were getting ourselves into when we agreed to play the event. The gig was arranged by a local community church in Longview, TX. I'm sure they probably shelled out a boatload of cash to bring in such a famous personality. With what funds remained, they booked us, perhaps because we would work for nearly free. Duplantis arrived fashionably late. He took the stage, mic in hand like a night club comedy act. The first words out of that wool wearing wolf were unimaginable.

"This is a three thousand dollar suit," he proclaimed as he popped the collar with his thumb. The audience clapped. I was shocked. He followed that by explaining that he had flown in on his private jet. Apparently, these were the types of blessings that God had in store for the impoverished community of believers who had invited him to speak. I was so appalled, I got up and left the room with a huff. To my knowledge, none of those congregants have received their private jet yet.

He was so clearly a false prophet that we would have refused to do another event with him if the opportunity arose, though others were as manipulative but savvier at hiding their tactics. There was an evangelist named Byron Redburn, who we did a string of events with. Since I'd seen him perform the same talk a dozen times, I was fascinated at how his eyes would fill with tears, and his voice would falter at the same point in the invitational illustration every time. Once while doing an event at a summer camp in Arkansas, he was ambushed by a group of angry youth ministers. They accused him of emotionally manipulating their students with tears and stories of the untimely deaths of young people. Their primary accusation was that he was crying on cue. In retrospect, I think the offended youth ministers were most likely right.

At an event in East Texas, a particularly effective speaker named Max Lynch explained to the assembled students that they needed to think of their lives as a piece of pottery. They were then to turn this life-jar upside down and empty it. Then they were to allow God to fill the jar with those things He desired. This experience was supposed to come with utter emotional brokenness. Tears and sobbing were expected. An hour after the session, I found myself down by the lake staring over the water, asking God's help to empty my life. I squinted, I grimaced, I might have even pinched myself, but the tears didn't come.

Loads of buzz words were used to whip the kids up into a frenzy at these kinds of events. Brokenness, surrender, reckless abandon, rededication, deliverance, and many more were all favorite catchphrases of these emotional manipulators. Carefully crafted invitations were designed to bring the attendees to their knees and tears.

I have a youth minister friend who told me recently that he was planning a camp for his youth. The speaker he was thinking of using for the event braggingly said, “Do you want me to make them cry? I can make them cry.”

"Why would I want them to cry?" My friend asked, sincerely. "That's a weird thing to want." The oddness of it never occurred to me in the years I was involved in that style of ministry. The more tears shed at a youth retreat, the more the so-called presence of God had arrived. The more crying experienced at a youth camp, the more lives that were supposedly changed for the better.

That was the mentality and the method: Make them cry, and they will surrender their lives to Jesus. In principle, I bought into the bully tactics. I even played my part. With what little information that I had, it seemed to work for everyone else. However, there was a fundamental problem for me.

I could never drum up the kind of emotion that I saw others experiencing. I was too honest to pretend to be having some esoteric extravaganza when I wasn't. I was too emotionally insulated to give myself over to such flights of exotic fanaticism. I was privy to too many emotionally driven events to be moved by the resplendent display of enthusiasm and sentimentalism. I was stuck between my desire to participate in the emotional demonstration, and my inability to experience anything like what we were being pressured to feel.

There was this halo placed around emotion. Week after week, event after event, we were being told that saved people feel big emotions about God, Christ, and the cross. We were being led to believe that those with eternal life would inevitably experience perpetual gratitude for salvation, inexpressible affection for God, and everlasting ecstasy at being His child. The inverse message was unstated but clear enough. Those who felt no emotion probably weren't saved.

I heard statements like this more than once. "If you can't feel the presence of the living God in this place, you might be spiritually dead." This kind of statement was also commonly repeated: "If you don't feel brokenness about your sin, then you need to carefully consider whether you're really a Christian."

The solution for most people who attended these kinds of events was simple. Show some emotion. A tear would do the trick. Getting down on one’s knees is even better. Weeping aloud is the gold standard.

I remember so many times, sitting in the back of the dimly lit room wishing I could participate. I longed to feel what everyone else seemed to be feeling. I often wondered what was wrong with me. On some rare occasions, I even entertained the notion that I wasn't saved.

Since I was a ministry insider, playing drums on the worship band, I got to spend a lot of back-stage time with these speakers and evangelists. I expected sincerity and earnestness from these men of ministry. Although some exhibited piety even in the green-room, what I saw as often as not was cynicism and irreverence. The perpetual emotionalism that they invited their audience into was not the way they themselves lived.

This discovery was like finding out that Superman uses his x-ray vision to look up women's skirts. The pedestal I had put these effective evangelists on wobbled and tumbled to the ground.  These pseudo-celebrities of the youth event circuit were not immoral or sinful; necessarily, they didn't demonstrate the kind of emotionalism they prescribed. Two options lay ahead for me. I could buy into the mysticism of Christian sentimentality, or I could become like them, cynical.

In those years, my wide-eyed naiveté was converted into cold hard cynicism. I refashioned myself in the image of these emotional manipulators, hardly ever believing in the drug I prescribed. I continued to play my part in these effusive events but became more doubtful about their effectiveness as time went on.

I sincerely loved Jesus. I genuinely wanted others to love Him as well, but I was losing hope in the only method I knew to accomplish the task. Church and event ministry had lost its glow, and it left me feeling empty and disappointed. It was a confusing time. It made me step back and reconsider all I knew about how we talk to people about the gospel. I wasn't aware of any alternative, but it left me wondering why we spoke of the gospel at all since so much of it seemed to be a false performance.