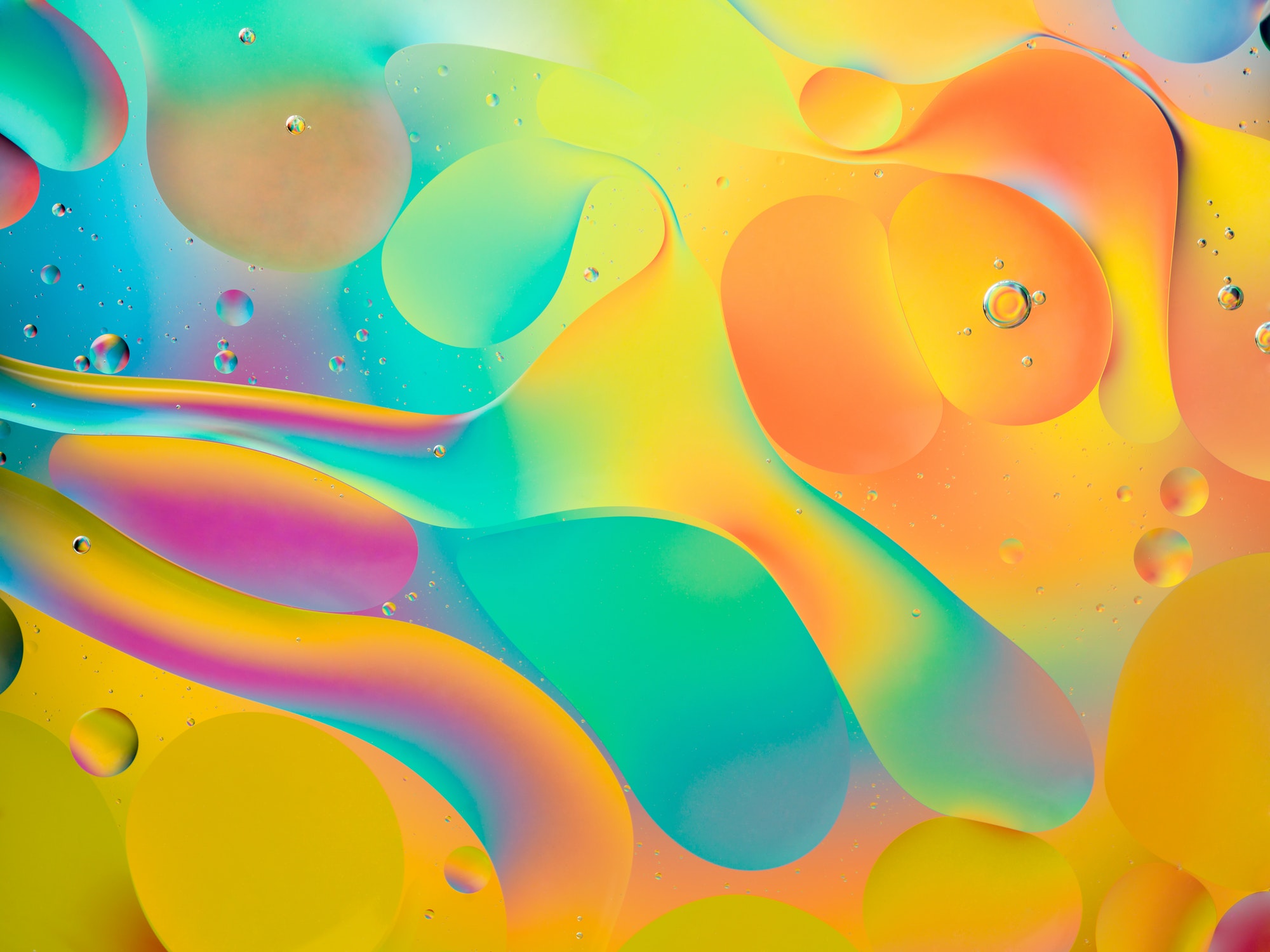 The drive through the withered lands was harrowing. The dried landscape stretched on for hours. Sometime near dusk, they came to the other side. Just like the wall of wind-born dust they had entered, they discovered another great wall of grit near the edge of the territory. This time they drove the truck through it, eager to exit the dried stretch of countryside. The wind caused some turbulence, but Avi was happy to be out of the dried landscape.

Carina set the hover truck down on the other side of the dust column. They were back in the lush greenery of the Tameshi forest. The tall, lively Elms and Oaks comforted them as they set up camp for the night. Bhoora grazed near camp. Avi made a small fire, and Rachit scavenged for edibles. With the darkening sky, the stars twinkled into view one by one as they sat around the warm amber blaze and talked.

After sundown, Bhoora wandered into camp and curled up in the sagging bed of the truck. As they sat around the fire, Avi could not get the image of the woman and the ringing of her angry words out of his head.

“Why would anyone be so bitter?” Avi asked aloud, as much to himself as the others. “How could anyone be angry at a King who is so wise and merciful?” He sighed as he tossed a stick into the fire.

“I can’t fathom why the King allows them to stay. The emperor should exterminate every revolutionary.” Carina said.

“Wow, that would be very merciful of him,” Rachit chimed in. Carina huffed.

“What good has it done her to be so obstinate?” Avi asked. “It seems like it would be so simple to give up. She could have made everything right. I don’t understand why she—or I mean, they refused.”

“She declines the King’s goodness because she’s a secessionist. That’s what revolutionaries do. There’s no hope for her. The emperor should just dispatch the lot of them,” Carina said.

“You don’t think there’s hope for the rebels even still,” Avi asked.

“No, Avi,” Carina said. Her tone was defensive. “They had their chance. They're as good as spoiled fruit.”

Avi thought there must be redemption available for even those who defied, though, he didn’t want to argue with his sister. He knew how it would go. She would escalate the conversation until Avi withdrew, at which point she would think she had convinced him. It was for this reason that she rarely knew the inner workings of his mind.

The three sat quietly as the fire crackled its melody of warmth and comfort. It wasn’t long before the sound of Bhoora’s snore echoed among the trees and rumbled the ground. The giant bear found sleep so easily, but Avi suspected that slumber would be more difficult to come by for him.

The nocturnal animals sang as the night deepened. Between the full branches, the infinite array of milky stars dotted the glowing void above. The beauty and grandeur was a welcome reprieve. The familiarity of the night sound was a reminder of how glad Avi was to be out of the crisped territory of Endale. Rachit spoke up.

“Some people don’t want to be ruled,” Rachit said in a low, thoughtful voice. “Some think they ought to be able to go after whatever they desire.”

"What appetites can't be satisfied by the emperor's world, and the emperor himself?” Carina asked. “We have everything we could crave and better.”

“Oh, is it?” Rachit said, casting his severe eyes to her.

“The King has created us to want what is good and no more,” she said. She was getting louder now.

“Yes, maybe. Though, what if you discovered that you wanted more? Who’s fault would that be? Yours or your maker’s?” Rachit said.

“No one is created that way. Revolutionaries are made by years of refusing the emperor's mercies,” Carina said. She was leaning forward now, trying not to let Rachit have his opinion. Rachit sat quietly for a long moment, saying nothing. Eventually, he spoke.

“Ok, so imagine that you ate until your stomach was filled,” Rachit said.

“I like this fantasy,” Avi said, an attempt at levity. Neither Rachit nor Carina laughed. They were too engaged in the escalating tension.

“Imagine having a full stomach. So full that it feels like it will burst,” Rachit said as he put his hands out to demonstrate an engorged belly. “Now imagine that even though your stomach is full, you still want to eat more. You are not satisfied.”

“You could wait until your stomach is empty again,” Avi said quickly, trying to head off Carina’s inevitable volley.

“Yes, but what if you want more now? You eat but never feel satisfied,” Rachit explained.

“That’s ludicrous,” Carina said. “No one wants more once their belly is full.” She said this with such finality. Avi knew Rachit’s approach well enough to see that Carina had just made a strategic error. Rachit would not make this claim without evidence, an aspect of Rachit’s character that Carina probably didn’t recognize.

“I have personally known those who have reported this exact thing,” Rachit said.

“That’s exactly right. You don’t think before you speak,” Rachit said. Carina paused but then returned to her barrage.

“No one wants more when their stomach is full,” Carina boomed.

“Devika Johnson,” Rachit said. “He told me this exact phenomenon was occurring to him. Others in his family too.”

“If you would let me finish a sentence before you empty every defensive word that enters your mind, you might learn something.”

"Learn something from you?” Carina said. “Now, that's funny.”

Rachit turned to Avi, clearly intending to leave Carina out of the discussion. He said, “What do you think, Avi? What would it mean if you had a full belly but still wanted more?”

“I suppose it would mean—” Avi thought. “It would mean I am not dissatisfied with the food, but with the size of my stomach.”

“Avi, really?” Carina said. “You’re not going in for this asinine philosophical crockery, are you?”

“And who made the stomach?” Rachit asked.

“This is so futile,” Carina interrupted.

“The stomach is His Majesty’s creation,” Avi offered.

“Yes. The limits, or shall we say borders, of your stomach decide how much is enough. Therefore, it’s not the eater who determines if he is satisfied, but the one who created the size of the belly,” Rachit explained.

“So, you're claiming the woman desired a larger stomach,” Carina said, turning her frustration back at Rachit. Rachit disregarded.

“It is true that there are limits and boundaries set up by the King, but those are so that we can find true freedom within,” Avi said. “Shepherd Amos says, ‘freedom is not having the right to do whatever we desire, but having the desire to do whatever is right.’”

“Don’t quote the shepherds to me!” Rachit bellowed.

“I just though—” Avi tried.

“I know what they say. I’ve been around long enough, haven’t I?” Avi sat stunned at Rachit’s outburst. Carina smiled at the tension.

“You seem pretty acquainted with the insurgent mindset,” Carina said, arms crossed, looking down her nose.

“Well, my dear, it’s called listening. A skill we all hope you may pick up when you get a little older,” Rachit said. They sat tense, locked in a tight stare. Avi broke the silence.

“Rachit, do you know anyone else who has felt the urge to go beyond the limits of the Emperor’s boundaries?” Avi’s insinuation was clear. He immediately regretted saying it.

Rachit didn't look at Avi but fixed his eyes on the ground. Avi felt like his chest would burst with the intense pressure. He wished he could see into the mind of his best friend. He wished he could pull these dark thoughts out of Rachit's head and bury them in the soil. Avi spoke softer now.

“Even what that woman had, has been taken away. She’s lost everything because she has departed from the King’s mercy and kindness. I don’t think it’s the King’s fault that she and her people rebelled,” Avi said.

After a long pause, Rachit said, “I understand that that's how you see it.”

“And you see it a different way.” Carina accused. Her words revealed an eagerness to unmask her uncle. Rachit was like a wall of iron.

“I better get some sleep,” Rachit said as he leaned over sideways. “We have a long day tomorrow.”

Avi wanted to shake him. He wanted to shout. He couldn’t believe his own beloved uncle might experience such brooding thoughts. Avi felt helpless as he watched Rachit lay himself down for the night.

Avi looked silently to Carina, who shook her head, indicating that she didn't agree with him. Of course, Sister, he thought, You’ve made that abundantly clear. A moment later, Carina too laid herself down next to the fire.

Avi knew that sleep would not quickly come. He stood and walked over to the truck, parked a few paces away. He patted Bhoora, slumbering loudly in the back of the truck as he looked up to the white dotted sky. He retrieved the book and inking pen that Malika had given him. He looked at the upward cascading wall of dust and wind, and he walked the other way into the woods.

He put a sizable distance between himself and the camp. The terrain pitched upward, and he climbed. The cool night air filled his lungs as crickets sang. He came to the peak of a hill. In the half-lit darkness, he could see that there was a drop off before him. The dark pit ahead yawned a wide chasm in the night. He heard the echo of dripping water somewhere below.

Avi closed his eyes, took a deep breath, and prayed to his King. “My Lord, I am really troubled by what I saw today. I'm also afraid for my uncle. I need your strength to continue.” Another breath, with his eyes still closed, he hummed a haunting melody. Slowly, like a soft breeze, the words took shape. He sang it aloud.

With the last note of the song, Avi prayed another silent prayer and breathed out his concern and worry. “I trust you, my King. Help me do what I’ve set out to do.”