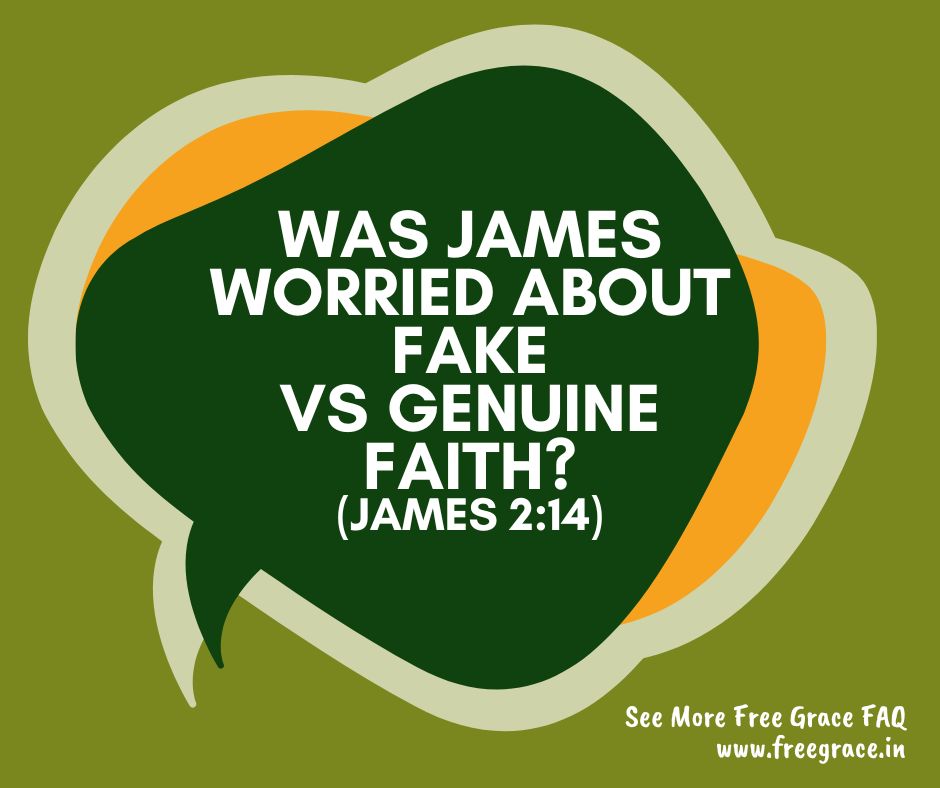 Hi Shawn, how are you, brother? Happy New Year to you. Can you comment on this explanation of Pastor P—, a mega-church here in Manila?  Here is his answer when asked about James 2:14:

“What’s the point of James? Genuine faith will have action. The faith of Abraham was genuine when he was in Gen 15, and God said, “I declare you righteous.” That faith was real. The fruit came 25 years later; he offered up Isaac. So, read the Bible in context. Salvation is by grace alone. But grace is never alone. Faith is never alone. There would be evidence.”

Thank you for the question and for sharing the quote from the pastor in Manilla.

This pastor says that offering Isaac proved that Abraham’s faith was “genuine.” He says that “genuine” faith will have action. He says Abraham’s faith was “real.” And he concludes that the fruit of Abraham's offering up Isaac proves that Abraham’s faith was genuine. The opposite of the word genuine is fake. So, if I understand this pastor correctly, in his opinion, James is concerned with distinguishing between genuine faith and fake faith. We can only know if our faith is genuine if we have works. If we don’t have works, I suppose he would say our faith is fake.

I don’t think that is what James is teaching. Here’s why.

At the very beginning of the Epistle, I think James states his concern:

Consider it a great joy, my brothers and sisters, whenever you experience various trials, because you know that the testing of your faith produces endurance. And let endurance have its full effect, so that you may be mature and complete, lacking nothing (James 1:2-4).

He is writing to believers whose faith will be tested by trials. In other words, he assumes that they have faith. He says they do.

But what, according to this passage, is James’ hoped-for outcome? It is not that the testing will prove that their faith is genuine instead of fake. He wants the testing of their faith to produce endurance, with the outcome that they will become spiritually mature.

James wants their faith to produce something, i.e., endurance. Instead of faltering during the trial, he wants them to endure. And why does he want that? It is not to make sure that their faith is genuine but so that they will be mature and complete, i.e., that the trials will ultimately lead to their spiritual maturity.

When I read that chapter, I see two verses that are explicitly about the usefulness of one’s faith:

What good is it [ophelos], my brothers and sisters, if someone claims to have faith but does not have works? Can such faith save him? (James 2:14, emphasis added).

If a brother or sister is without clothes and lacks daily food 16 and one of you says to them, “Go in peace, stay warm, and be well fed,” but you don’t give them what the body needs, what good is it? [ophelos] (James 2:15-16, emphasis added).

Do you see that the issue isn’t being fake or genuine?

Are you willing to learn that faith without works is useless [argos]? (James 2:20).

The word argos means “pertaining to being useless, in the sense of accomplishing nothing—‘useless’” (Louw and Nida, p. 624). Once again, this is not about faith being fake or genuine but about being useful. Is it doing what faith is supposed to do?

You see that faith was active together with his works, and by works, faith was made complete (James 2:22)

And that brings us back to the purpose of James. He wants people to become complete, in other words, spiritually mature.

James refers to dead faith twice (vv 17, 26). What did he mean by that? In English, at least, you can use the adjective dead for a range of different things, such as literal physical death, an audience being unresponsive (“The audience was dead”), or for getting into trouble (“I’m dead!”), or for lack of activity (“After 10 pm the city is dead.”). I think that the last one captures James’ meaning. Faith without works is dead, not in the sense of it being fake, but in the sense that it is unproductive. As R. T. Kendall said, “faith is no more useful than a dead body if it doesn’t have works. It is not going to be useful to another person, to God or to yourself” (Kendall, Justification by Works: Sermons on James 1–3, p. p. 174). Or as Zane Hodges commented, “So, when faith is described as dead in James 2, this can easily be understood in context as meaning that…faith is sterile, ineffectual, or unproductive” (Hodges, James, p. 63).

When you go through a trial (e.g., being asked to sacrifice your son!), the only way to become spiritually mature is to put your faith into action. That’s what happened to Abraham, and what James hopes will happen to all his readers, including you and me.

Here Are Five Reasons Why Adam and Eve Didn’t Lose Their Salvation (Free Grace FAQ)
Speak Truth (Ephesians 4:25)
God Will Surprise You
1 2 3 … 40 Next »