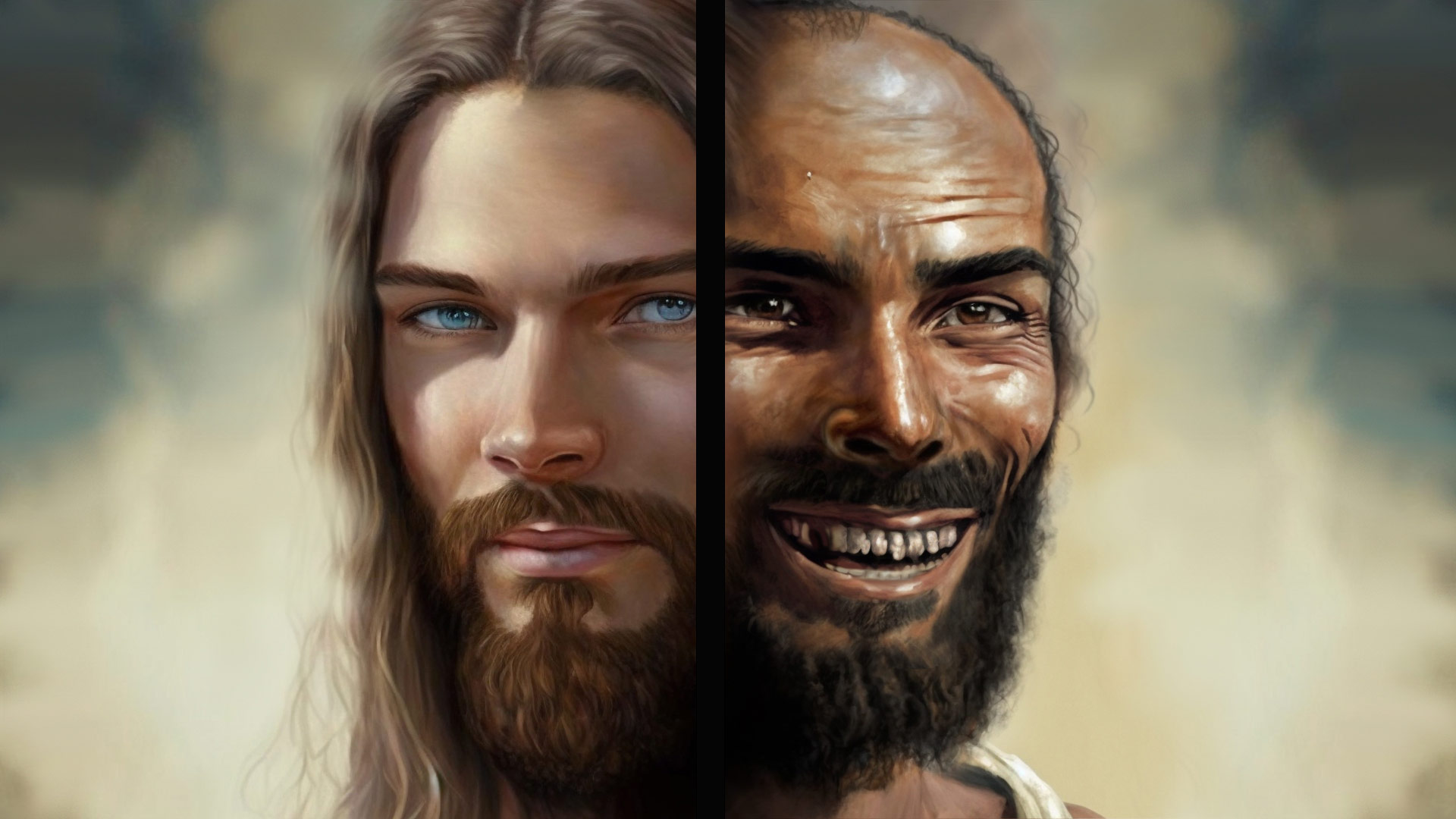 What did Jesus really look like? In this episode Lucas asks an A.I. bot to help us visualize how Jesus would have looked based on what would have been normal in his day. 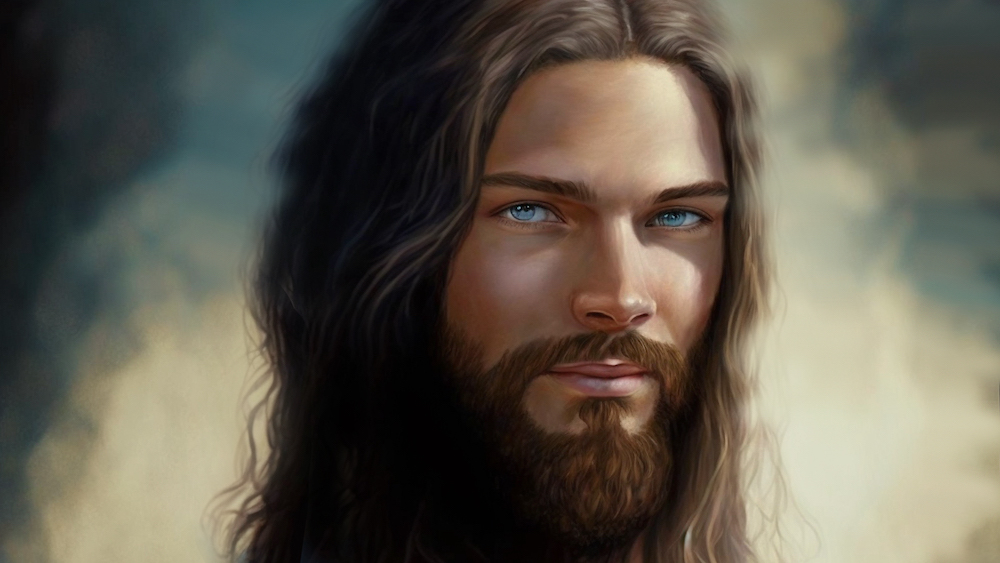 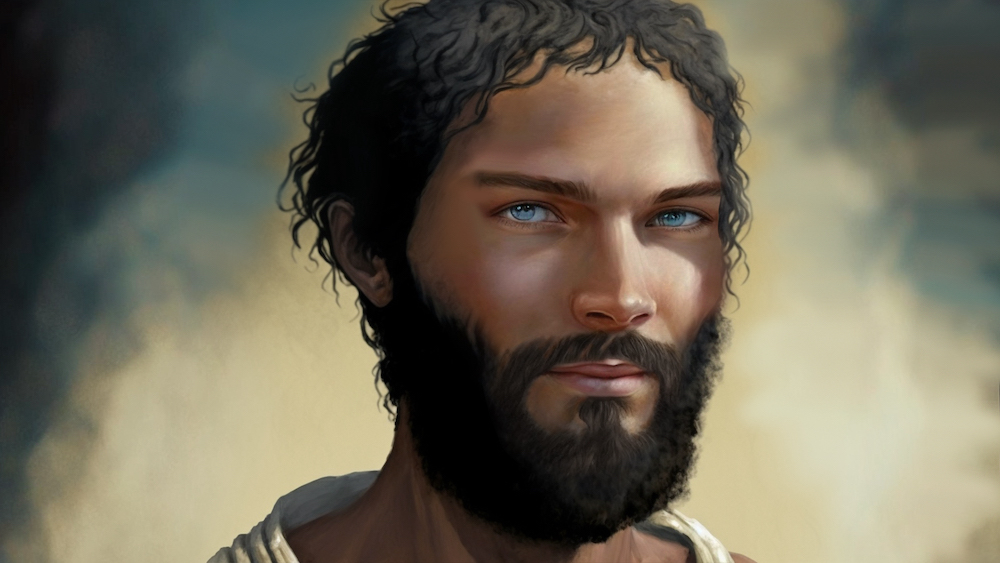 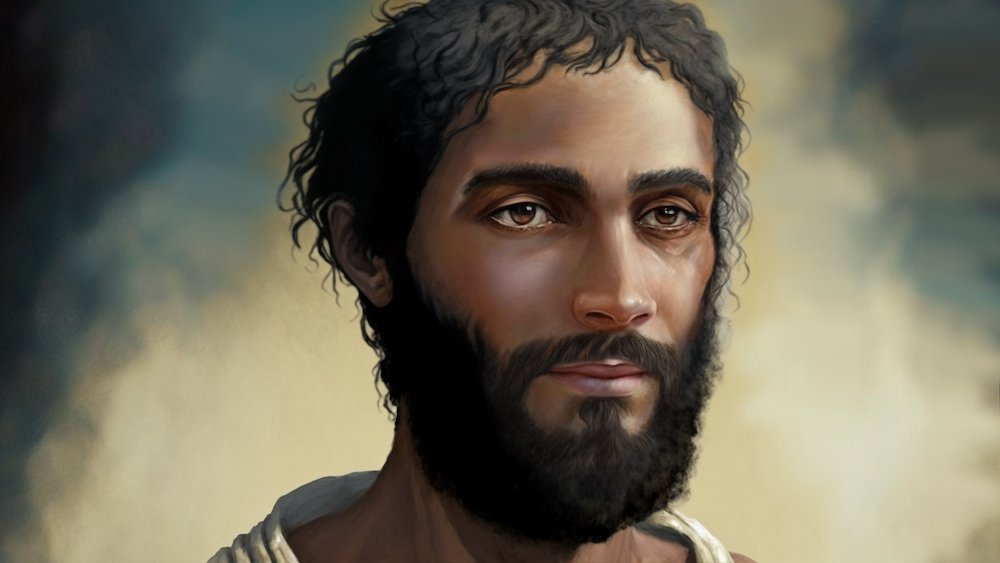 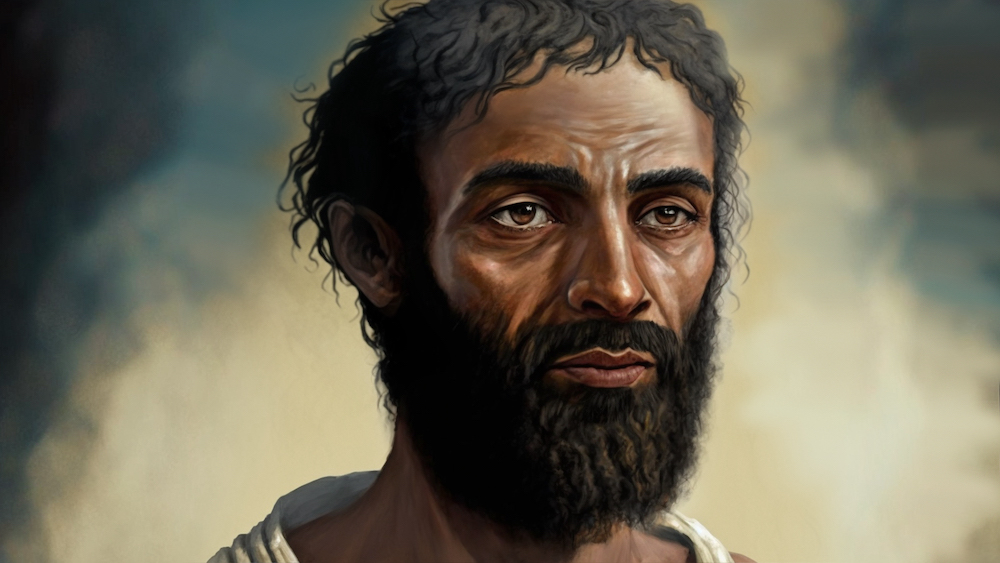 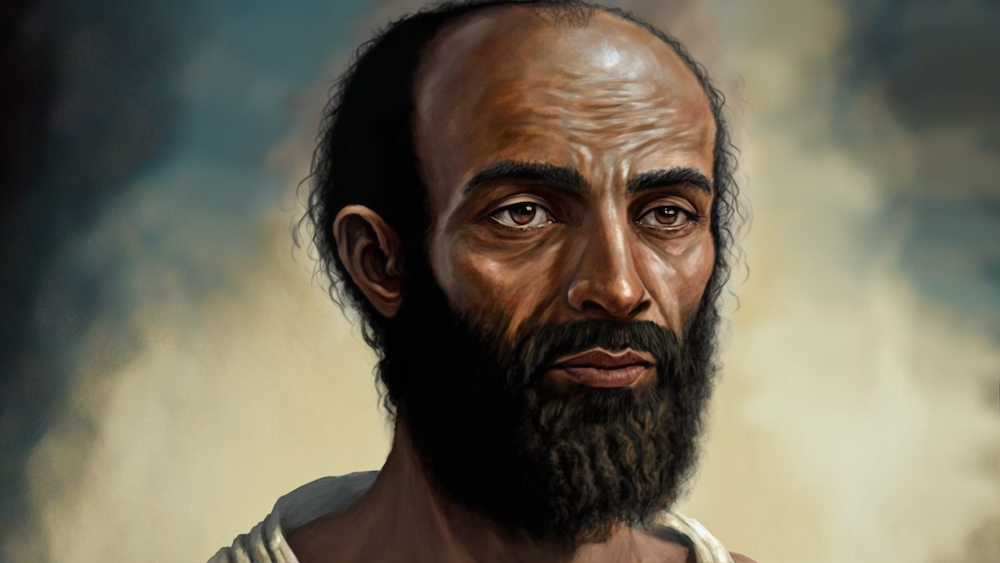 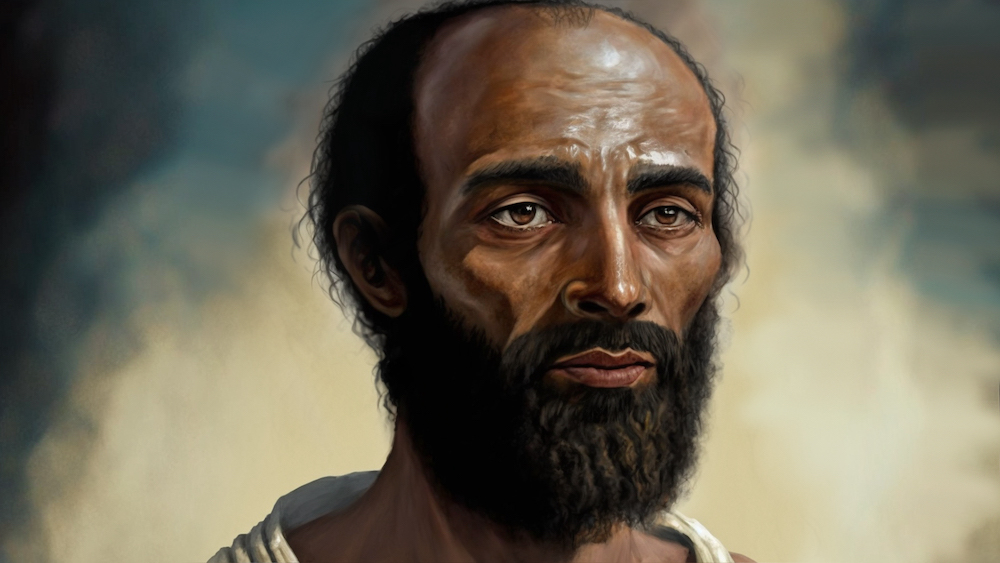 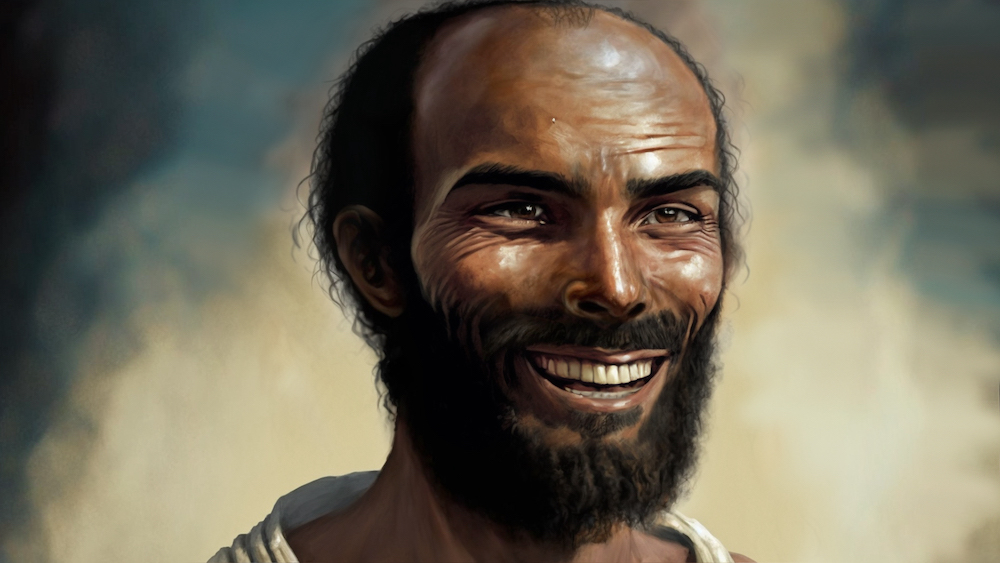 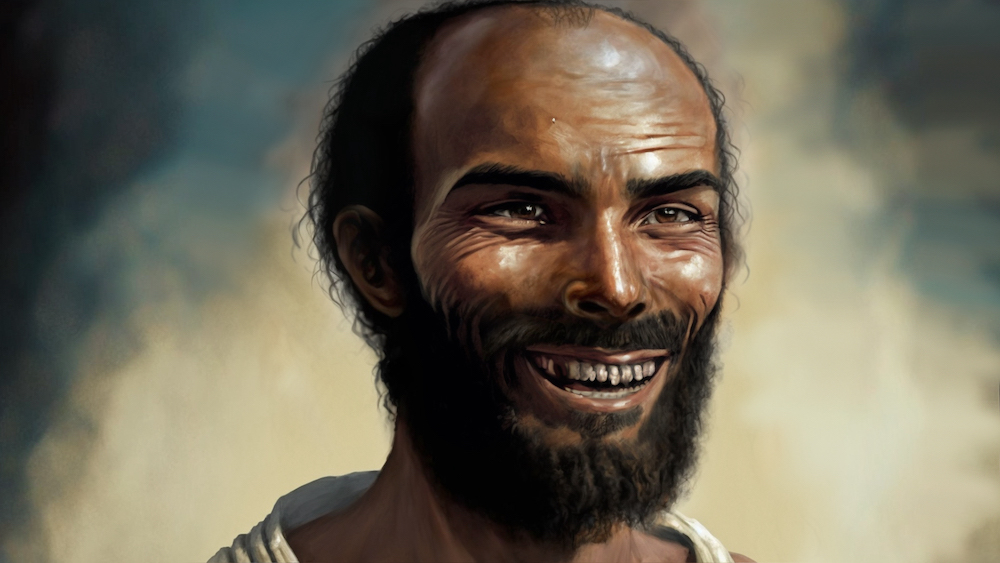 What did Jesus look like according to an A.I.

I asked an A.I. bot to show me what Jesus actually looked, and I’m going to share that odd and amazing experience with you, right after this.

Before we jump into what Jesus looked and sounded like, I need to give you a quick tour of the kinds of tools we are using.

This is me: This is me saying John 3:16. But it isn’t really me, is it? There’s digital hints that this is artificial. The weird way the hat moves, the strange blaring of the mouth. There are clues. Technically, It’s a photo of me, I snapped a little while ago. I ran it through an A.I. bot that can make it talk. Just to prove it’s not really me, let’s make it do something I can’t do.

Ok, so you get the point. Now, what if I wanted to get an idea of what Jesus actually looked like? Could an A.I. help me picture Him? Why not?

It’s not surprising that if you put the word “Jesus” into an image generating A.I., this is the kind of thing you get.

Good looking guy, right? Too good looking. If this guy was real, I wouldn’t be able to make eye contact. Those piercing blue pools of depth and wisdom. Also, he could have a night gig as a hair model.

So does this image fit the reality? No. And we all kind of know it, right?

I can confidently say, that In the Roman world where Jesus lived, basically no one looked like this. If this guy showed up all clean, perfect hair, well fed, with perfect complexion, people probably would have thought he was an angel. He’s too… well just too much.

So what could we change to get a little closer to what Jesus really looked like. I started to change my input for the A.I. bot I was using, to try and find out. Instead of just telling the A.I. to show me Jesus, instead I began to describe what a first century man from a fishing village might look like.

First, that hair. I mean, great for a romance book cover, but it’s so impractical for a fisher man. Not to mention the first depictions of Jesus in historical art, had his hair short. Not to mention short hair was favored, and even encouraged by Jesus’ Apostles in the NT, so it makes sense that a shorter crop would be doo that did the job.

Ok, that’s a little better. But still, his skin is so white, right? I mean, Jesus wasn’t white. You know that right?

He wasn’t white ethnically, but also, people of his time were basically outside under the sun all the time. So his skin would be darker complexion. For that matter his features would be much more eastern Mediterranean. In addition, he would look older than a modern 33 year old. Being constantly sun-baked has that affect on the epidermis.

Ok, that feels more accurate. But we’re still not there yet. Now, I know this might be a bit of a shock, but balding among Jewish men has a tendency to set in a little younger than some other ethnic populations. It’s been researched, look it up. So, I’m not saying Jesus was bald for sure, but by 33 it’s reasonable to think Jesus might have had some male pattern baldness setting in.

This is much better, but he still seems so well fed. Good looking. I wonder if we could make him a little thinner. I mean he did start his ministry on a 40 day fast, after all.

Now, here’s the kicker. I know this is going to be difficult for some to see. Let’s see a smile. Ok, look at those beautiful teeth. Ok, I hate to do it, but that’s just not how pre-dentistry ancient agrarian-culture teeth looked. Molars come in later in life, because virtually everyone had lost a few teeth by the time the spare teeth arrived. This would probably be more accurate. Honestly, as I tried to get the A.I. to show him with bad teeth. It was really hard. I had to reinforce it in the prompt over and over, because most of the pictures the A.I. was trained on were people with good teeth. It was almost like it didn’t know what bad teeth looked like. Also, these so-called bad teeth would probably still be considered pearly white by ancient world standards.

Now, let’s talk about Jesus’ voice. In the movies he always has a buttery British accent, To give you an example, let’s go back to Hair-model Jesus, and see what that sounds like.

Now let’s try for something closer to reality. He probably sounded something more like this.

On the subject of his voice, Jesus grew up in Galilee, which meant he had a Galilean accent. It was kind of the equivalent to the American southern draw. When he went to the capitol of Jerusalem they would have looked down on him for it. In the same way that if I go to New York and talk like I’m from deep in the heart of Texas, they’re not going to think too highly of my intelligence.

So, not only did Jesus not look like our standard mental image, but he didn’t sound like it either.

In 2012 I took a trip to India. We visited this very impoverished fishing village. They lived on very little, in conditions not too far off from first century Israel, I suspect. This possible image of Jesus that we’ve constructed, that might just be offensive to you, this man would still be above average in terms of looks in that fishing village. This guy looks healthy compared to what I saw there. So, I assure you I’m being conservative here.

So, what’s the point of all this?

Did you know there is actually a verse that talks about Jesus’ appearance? In talking about Jesus Isaiah said:

“My servant grew up in the Lord’s presence like a tender green shoot, like a root in dry ground. There was nothing beautiful or majestic about his appearance, nothing to attract us to him. He was despised and rejected— a man of sorrows, acquainted with deepest grief.”

Jesus did come to earth and stand head and shoulders above everyone else in terms of his looks. Quite literally people of his time were between 5’2” and 5’5”. He came and took on an appearance of what was considered average, or maybe even a little less than average.

The Apostle Paul once wrote Jesus was:

“…in very nature God, [but] did not consider equality with God something to be used to his own advantage;
rather, he made himself nothing by taking the very nature of a servant, being made in human likeness.”

When He arrived, He abandoned his Godly appearance and looked like an average man.

So I have a question for you. Would you have believed in Jesus if he appeared in this form? If he looked like this would you be able to see past his rough exterior, and listen to what he had to say? Many people struggled with it, because he didn’t look like what they expected. Would you have done the same?

In the west our culture is infatuated with appearances. We see it in our churches even. Leaders are chosen from among those who look and sound the part. But, Jesus didn’t look the part he came to play.

A few years ago a man accused me of only believing in Jesus because I thought Jesus was a white man. I had to correct him. I said something like this, “Jesus wasn’t white. He was a dark skinned middle easterner. But he could have been purple for all I care. I don’t believe in Jesus because of his skin color. I’ve believed in him, and follow him because I’m convinced he was the Son of God who gives eternal life to those who believe in Him.”

I’ll let our digitally generated Jesus wrap this one up.