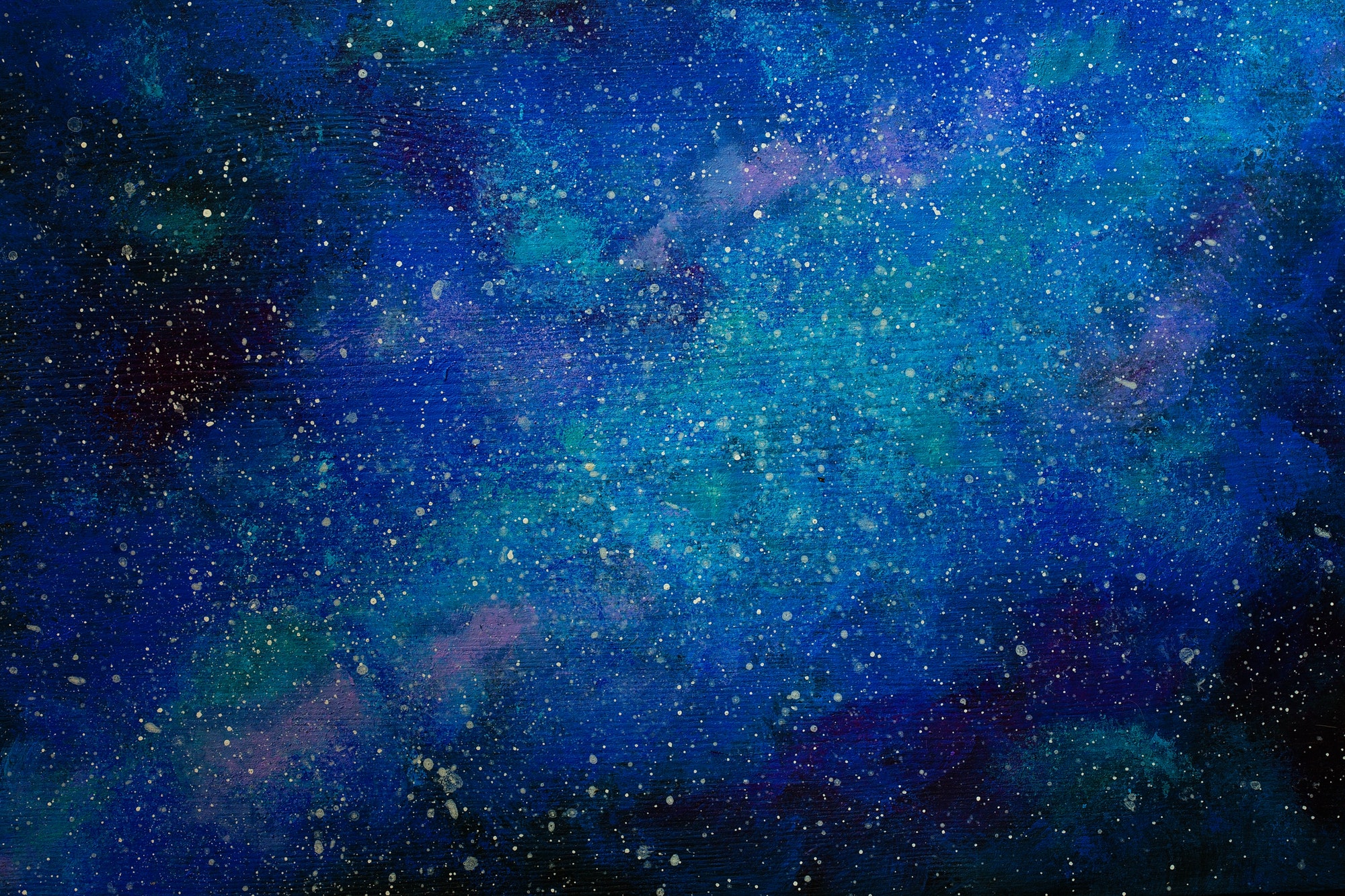 There is an incredibly frustrating phenomenon that I’ve seen over and over in evangelism. A preacher or revival speaker will use evangelistic words that he finds in the Bible. He might use one of Jesus’ own phrases like, “you must come to Christ to be saved.” If I’m sitting in the pew, up until this point, I’m a fan. Way to go, Preacher, I'm thinking. But then it often goes horribly wrong. The preacher knows he needs to define his terms; after all, what does "come to Jesus” really mean? Then enters the confusion. He may define come to Jesus as "ask Jesus into your heart," or "walk down this carpeted center aisle," or even "pray the sinner's prayer."

To add to the complication, a common phrase I hear among parents is, “we had a come to Jesus moment.” This usually means Momma yelled as the kids were forced to sit, sulk, and sour as they took a verbal tongue lashing. The point is that we use the phrase come to Jesus in many different ways.

Here’s the problem. Come to Christ is a Biblical term. It’s one of the metaphors Jesus used to tell people what they needed to do to receive everlasting life. Though when Jesus used the term come to Me, He defined it in a very specific way. He explained it as a metaphor for something clear and easy to understand. Come to Christ is a Biblical term, but asking Jesus into your heart, walking an aisle, or the sinner's prayer is not Biblical. Many muddle their attempt to evangelize by defining Biblical terms with non-biblical traditions.

It’s important that we sort out some of these Biblical terms. Our first eternal distinction marks out the dividing line between Heaven and Hell. In the verse below, Jesus was having a heated discussion with some religious people of his day. Notice what he said to them:

There is a difference between someone who is fair-minded but hasn't yet heard and believed the gospel and someone who has heard the gospel multiple times but refuses to believe it. Both are in need of eternal life, but those who refuse to believe often are religious people. You read that right; there are Bible-reading church-going individuals who simply refuse to accept that Jesus gives free eternal life to those who believe in Him for it. In fact, Jesus was talking to Bible-reading ultra-religious people when he said, "You refuse to come to me." Notice the verse that comes right before that haunting phrase:

"You search the Scriptures because you think that in them you have eternal life, and it is they that bear witness about me, yet you refuse to come to me that you may have life." (Jn 5:39-40)

There is a tremendous amount of sad irony in this phrase. The people he was talking to were religious Bible-studying church-going folks. They thought they had eternal life because they obeyed the laws in the Scriptures. The irony is that Scripture (sometimes called the law) was designed to point people toward Jesus. (Galatians 3:24) They had missed the point entirely, thinking they were supposed to try to come to God by hard work.

It's possible to be religious, all the while refusing to believe in the simple saving message. Many, even in churches, refuse to accept Christ’s offer; they refuse to believe in Him so that they can have life. Instead, they try to come by moral improvement.

In another place, Jesus said, "Come to Me, all you who labor and are heavy-laden, and I will give you rest." (Matthew 11:28) Those who have been trying to come to Jesus by doing good works or attempting perfection are heavily laden with the burden. In fact, they find that it is utterly impossible to come that way. Though they are running as fast as they can in an attempt to come by good works, they can never reach life. This is what it looks like to refuse to come to Christ.

There is an amazing truth that rides along with coming to Christ. When we’re talking about Coming to Jesus in a salvation sense, it only needs to be done once. Notice that the person who “comes to Me shall never hunger.” That means that once you've come to Christ, you are always with him; your spiritual needs are forever met, never again in need of coming. You are saved and secure as soon as you come.

In the next half of the sentence, he defines what he means when he says, "he who believes in Me shall never thirst.” As we’ve already seen, to come to Jesus is to believe in Him for the free gift of everlasting life. The one who does will never thirst, metaphorically speaking. He means that once this takes place, it is finished, never to be undone. He adds to that a verse later when he says:

Those who come to Christ, that is, those who believe in Him for what he offers, will never be cast out. They are eternally secure from the moment they believe. No matter what happens thereafter, whether good behavior or bad, they are assured eternal acceptance by Christ.

Just in case we missed what He meant when he said come to Me, a few verses later, Jesus makes it abundantly clear, once more, what coming to Him is all about:

…Everyone who sees the Son and believes in Him shall have everlasting life, and I will raise him up at the last day. (Jn 6:40)

From the context, coming to Christ means that a person must believe in Jesus for everlasting life. This comes with an inalienable promise of resurrection. The one who believes in Jesus for life will be raised up at the last day.

Whether a person ends up in Heaven or in Hell is determined upon the basis of their willingness to come to Christ. If a person refuses to come to Christ, they will spend their eternity in a very different place than those who come to Christ. As we’ve seen each time we’ve looked at this eternal distinction, it’s all about believing in Jesus for eternal salvation.

My family loves to take walks. While we’re on our neighborhood walks, my children treat the walk in different ways. My oldest daughter follows near her adoring parents. She often holds my hand as we walk and talk. Taking walks with her is a breeze. My middle child sometimes follows but spends more of the walk straying. He will veer off and dig in the dirt at the side of the road. He will find a fascinating stick that he needs to throw into the creek. He will sit down on a curb and begin taking his shoes off. We spend much of our walking time saying, "Eli, catch up!" So, who is on the walk? They behave differently during the outing, but they are both present. One strays and one follows, but they are both on the walk.

The fact that all who have believed in Jesus are eternally saved doesn’t mean that there is nothing that can go wrong. Anyone who has come to Christ is on the walk, but that doesn’t mean they never will stray. Although it’s talked about in many different ways, the vast majority of the Bible is devoted to helping Christians avoid the temptation to stray. Paul, in writing a letter to his friend and star student Timothy, said this:

...Some have strayed from the faith in their greediness and pierced themselves through with many sorrows. (1 Tim 6:10)

In this verse, Paul acknowledges that those who have eternal life can stray from the faith. It's important to recognize that Paul isn't saying that these people never had or will lose eternal life. It's impossible to lose an eternal gift given to you by an eternal God. However, it is possible, while holding that gift, to wander off into some dark places.

Paul explains one of the reasons some Christians stray. A few verses earlier, Paul said, "Those who desire to be rich fall into temptation and a snare, and into many foolish and harmful lusts…" (1 Timothy 1:9) Paul warns, even Timothy, that he could fall into this kind of trap. It's why he encourages him to fight the temptation to stray. There are consequences that will result from straying. A person will be pierced through with many sorrows.

The term “follow Christ” shows up in the gospels (the first four books of the New Testament) but then becomes almost completely absent from the remainder of the Bible. After Jesus had ascended to Heaven, the term was apparently not used all that much. This was probably to help distinguish between the people who had literally followed Jesus around during his life and those who came later. Literally following Jesus was pretty different from metaphorically following His teachings. In the verse below, Peter is talking about the metaphorical kind of following when he says:

…Christ also suffered for us, leaving us an example that you should follow His steps: (1 Peter 2:21)

Though it’s true that many confused people think following Christ is the requirement for receiving everlasting life, that is not how the Bible's authors use the term. Peter is talking to people who have already received the free gift of eternal life by belief. He's explaining that they should follow Jesus' example in how they face suffering. He's not explaining how to get saved; he's teaching an advanced course in Christian living.

There are saved people who respond differently to suffering. There are those who stay faithful even in the midst of incredible trials. (1 Peter 1:4-7) There are other believers who aren’t even willing to publicly acknowledge that they’ve believed in Jesus because they are afraid of the suffering that will result. (John 12:42) Each and every one of the New Testament authors acknowledge that there is a splendid eternal reward waiting for those who stay faithful to Christ through life’s difficulties.

The difference between straying from the faith and following Christ is not a distinction between Heaven or Hell but between reward or regret. Those who stray from the faith will suffer a loss of eternal reward and experience sorrow, but those who suffer loss in this life but continue to follow Christ faithfully will receive a tremendous eternal reward in the next.