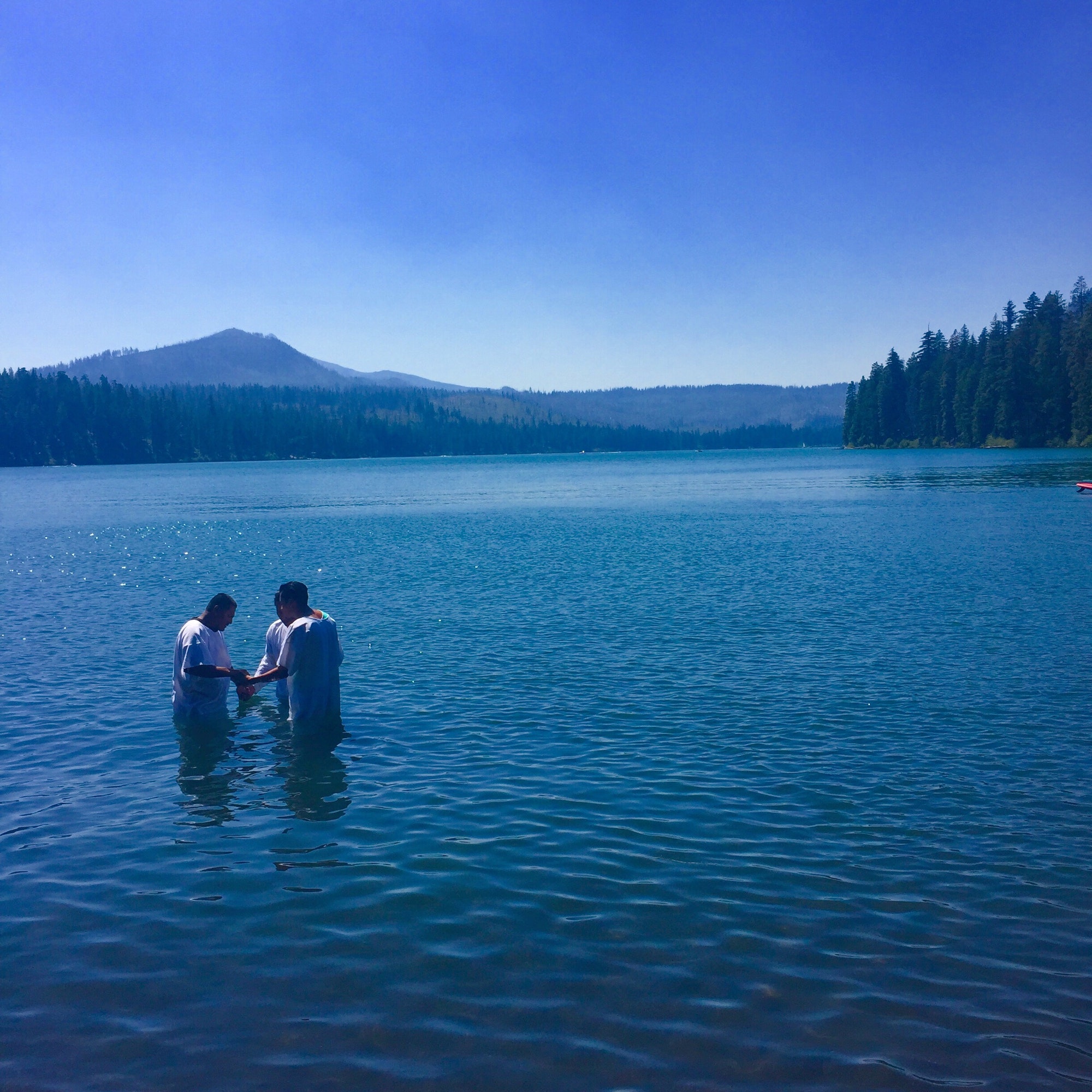 When we got back into Cesis with the bus full of teens, there was an electric buzz in the air. On the way back, we talked to the kids about being baptized. It was the next logical step. They loved the idea and so we excitedly made plans to baptize the twenty-one who had spoken up about their new faith in Christ. We would do it at the local church, with whom we had a loose affiliation.

The small church in town that we had partnered with was one that we hardly had entered since we’d arrived. We had spent the week doing whatever we saw fit and thought the church had given us their blessing. The building itself was a miniature cathedral filled with the strange trappings of liturgical rites. The congregation consisted of about ten ancient frowns with people attached to them.

Our tires hit the cobbled main street of Cesis early Sunday morning. We took the teens who had converted to that little church. We announced with triumph that nearly two dozen kids had become believers in Christ, and now they wanted to be baptized. There was a flicker of hope in me. I was beginning to see a path for discipleship. This church could be the answer. They could be the Apollos, the stationary minster who continued the mission work that Paul had begun. They could water the seeds that we planted. At the moment of highest triumph, they tore our hopes apart.

"They said they won't do it," my translator explained. We were huddled up near the back pew, waiting to hear. Our faces fell as it sunk in what was happening.

"They won't baptize the kids until they have come to church for at least a year." There was an audible groan and murmur from the entire American team. We had worked hard that week. We wanted to give these young believers the best chance of success in their newborn Christian life.

"I'm telling you," our translator interrupted. "It's not going to happen. They're very stubborn." As he explained, the gnarly dented tubes of the out-of-tune pipe organ began to play. The service was starting. I was slated to preach, and I was in a boiling mood. I could not believe these stubborn people would refuse to water the seeds we had come so far and worked so hard to plant. I had planned to preach about something else, but I started to thumb through the pages of Acts, knowing I had a new subject for the morning's sermon.

When it came time for me to get up and speak, I opened to the story of the Ethiopian. It appears among the amazing stories in the book of Acts. The Apostle Philip shares the gospel with this Ethiopian guy, and as soon as the guy believes it, Philip baptizes him in the nearest body of water. He doesn't have to show a year's worth of commitment. He doesn't have to jump through any hoops. He gets baptized on the spot simply because he's convinced it's true.

Man, I let em' have it. It probably was the fieriest sermon I've ever delivered. I opened up my internal furnace and let the glowing embers pour out. I'm not sure if my translator toned down my blazing rhetoric, but I let them know in no uncertain terms that I disagreed with their decision and that they needed to baptize these kids.

The congregation that morning was a strange mixture. On one side, there were the beaming faces of these newly believing teens who had a growing fascination with Jesus. Their warm countenance could light any dark cathedral. On the other side of the room were the icy frowns of the stone-faced congregants. There seemed to be no compassion. They had watched their church struggle to fill even one pew for so many years that they had lost all hope in the next generation.

Our time was running out. After some consideration, we got the American team together and began to hatch a plan. Frustrated and annoyed by the old guard who stood sentry at the church, we began to imagine another way to get these new believers baptized. All we needed was some water deep enough to stand in.

There was a little pottery shop near the center of town where we met for one of our last Bible study times. We gathered with the new converts we had made, plus a handful of others. We announced to them that our last day in Latvia, we planned to baptize anyone who had put their faith in Jesus for salvation. It was exciting to see the smirk spread across multiple faces as the translator explained not only what we said, but what baptism meant.

The final day was one of joy and sorrow. The water was cold and I don't mean Texas-in-October cold. Despite the chattering teeth, we baptized the teens without a single one of the old church ladies in attendance. Their bright faces and warm responses let us know that our work was appreciated, if not by those at the church, at least by them. Wet hugs and exuberant expressions of faith needed no translator to be understood.

Our jet would be leaving in the morning, which made the city-wide festival that took place our last night there, an extraordinary experience. Familiar sounds filled the air as a Latvian 'country' band played in the town square. I had thought that country music was a phenomenon unique to the American south, but apparently, it had caught on in this corner of Eastern Europe. As the band played deep into the night, and the dusky light clung to the edges of the sky far past two in the morning, we mingled in a tightly woven crowd of Latvians. We could almost pretend that this was our goodbye party, but in reality it was a festival that took place on that date every year. Most of the people in the square had no idea who we were and might never hear the gospel.

“Vai jūs vēlētos dejot?" Came the words from behind me. She had to shout to be heard over the thumping music. I didn't know Latvian, but I could understand the body language well enough. She was asking me to dance.  I knew only her name and that she had spent the week listening and taking part in our Bible meetings. Laima was a beautiful girl with flowing black hair and the slender build of a fashion model. She reached out and wrapped her arms around me before I could respond. We moved with the music as she pulled me in close.

Clay was right; the Latvian women were gorgeous. He had told me not to fall in love. Laima was only a few years younger than me. I enjoyed the dance, but what I was feeling was far from love. I felt regret. As the music billowed through the square, I looked down at her face, not able to speak to her. If we could talk, maybe I would tell her what a disservice I had done to her and her people. We had shared the gospel and her friends had responded, though, in the morning, we would leave them to fend for themselves.

We spun around, holding each other close as if no one else was there. That's where my memory of the night ends as if Laima and Latvia itself evaporated into the mist of time. I wonder what happened to Laima. Did she marry, or have kids, or something else equally natural?

Leaving felt wrong, not because of Laima, or the others who had believed. Leaving felt wrong because of what I believed. If I really wanted to ensure that these people stayed in the faith, wouldn't I stay in Latvia? Why should I have the choice to return to the Bible Belt? Why should I have been born to a family that prays and goes to church and loves Jesus? I could hardly stand that we would leave them behind with nothing to ensure that they continued to follow Jesus. All I knew is what I had been told by other speakers, teachers, and preachers. If they didn't endure in the faith until the end of their lives, they would still end up in Hell. I also believed that God would now judge them more harshly if they fell away because they had now heard the gospel. I knew of no other alternative.

I went home feeling that what I had done was taken a European vacation paid for by Clay's church, in which I left my Latvian listeners worse off than I'd found them.

That placed a dark cloud over all of the mission trips I took part in for years to come. I saw no distinction between salvation and discipleship. Consequently, I couldn't see how any short term evangelistic effort was of any value. I would go on to do multiple international mission trips, all the while feeling this heavy burden of defeat.